The Most Powerful Sith Lords in the Star Wars Universe 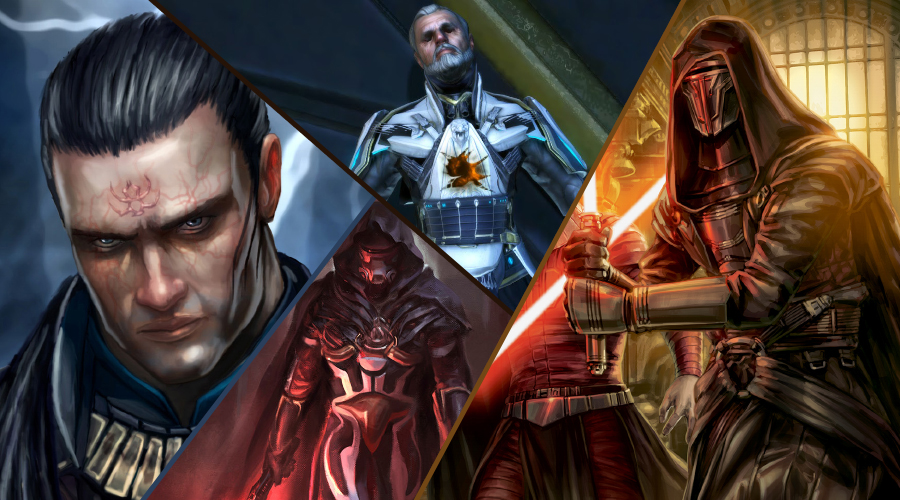 You may not like its current direction, but the Star Wars universe is a worldwide phenomenon that will keep hardcore fans and casual moviegoers guessing about what will happen next. The universe is evolving, which means that we’ll continue to learn about this modern mythology and what happened a long time ago, in a galaxy far, far away.

As with other expansive universes, the Jedi may be forces for good, but the movies’ antagonists are often the most interesting characters. After all, without the Sith, the Jedi wouldn’t look nearly as impressive!

The new trilogy began with Star Wars: The Force Awakens, and one movie remains before director Rian Johnson launches his new saga, which will reportedly focus on characters other than the Skywalker family. We have no idea where the next trilogy will take us, but there are numerous interesting and powerful Legends Universe characters who can be used directly or adapted, as J.J. Abrams did with Kylo Ren (a character clearly inspired by Jacen Solo and Revan).

So check out our list of the most powerful and interesting Sith. We feel that they all should serve as inspiration for future Star Wars characters! But don't look for any of the Darths we’ve already seen! 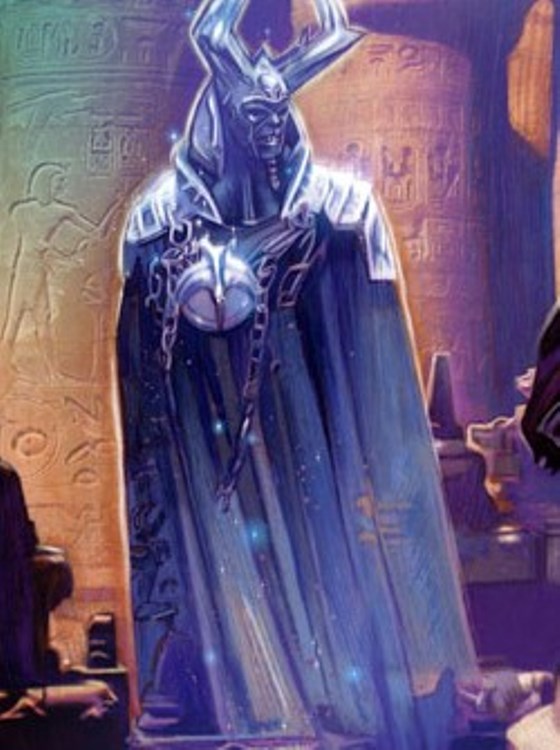 A number of noteworthy Lords have ruled various Sith empires since the Star Wars timeline began, but Marka Ragnos was the only one to create a so-called Golden Age for his Sith Empire. He used his intelligence rather than physical strength to protect his position, and ruled undisputed for a century.

But that doesn't mean that he wasn't a powerful user of the Force. As a matter of fact, he was so skilled in using the Dark Side of the Force that he appeared as his own ghost at his own funeral (a trick that we also saw much later in the movie timeline). As another neat trick, he was also able to preserve the essence of his body for 5000 years after he died.

Marka Ragnos was unique among users of the Force because he employed a special sword of the primitive Sith race that was imbued with Sith sorcery. He used his Scepter to store Dark energy and release it toward others, which made them Force-sensitive. A pair of gauntlets (later used by another powerful Sith) further enhanced his abilities and sword-fighting skills.

The people who actually made Star Wars described Marka Ragnos as the most powerful Sith of all time. We'd love to see some version of him in future movies. 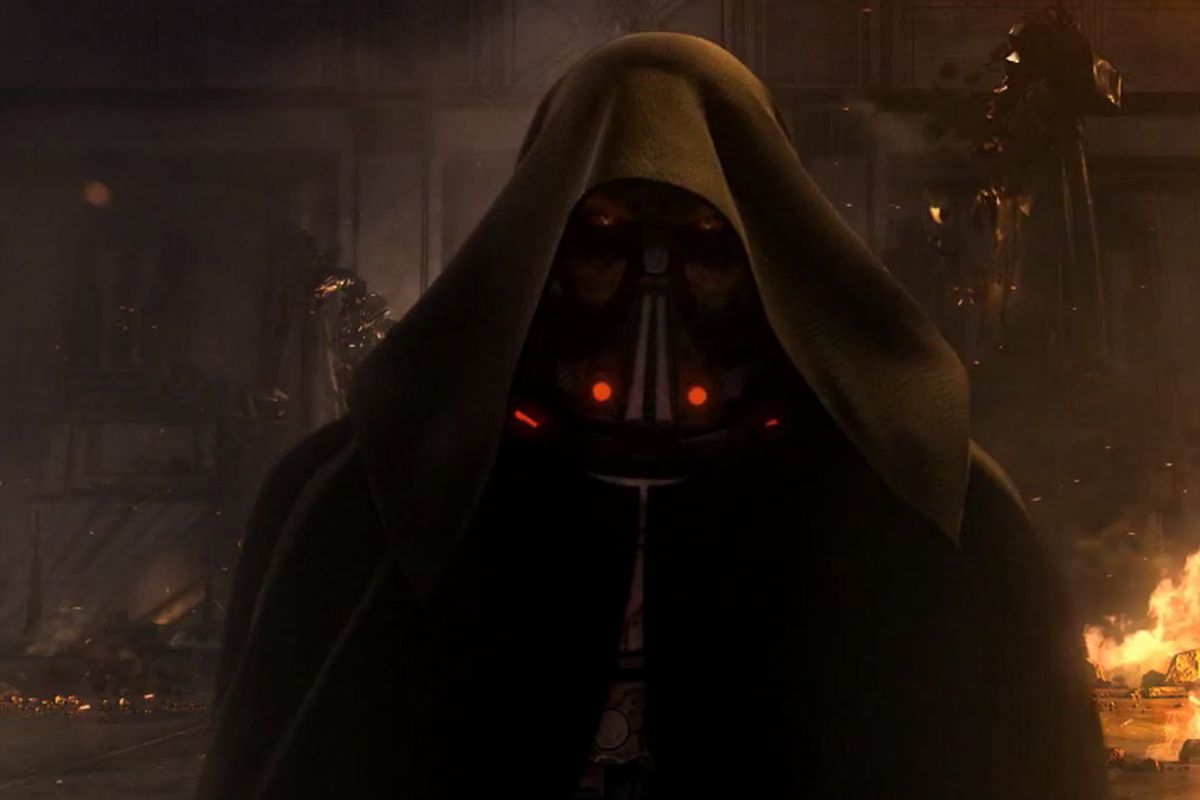 Darth Malgus served the ancient ideals of the Sith better than any other, especially at a time when the Empire was seeking to make a deal with the Republic. As such, while he desired power, he also wanted to see all of his order’s traditional enemies obliterated.

This desire led him to establish his own Empire, although that effort wasn't completely successful. In his quest for perfection, he identified and quickly eliminated his weakness, which turned out to be his own lover (an interesting twist that we haven't seen in the movies).

As an actual tank, Darth Malgus withstood punishment like no other, although he did come away from his fierce battles against the powerful Jedi with some scars. Nonetheless, he did survive the conflict.

Darth Malgus was a skilled lightsaber fighter, and many agree that he was virtually invincible in a one-on-one confrontation. His use of the Force further enhanced his talents. Unlike other Sith Lords on this list, it took a Jedi strike force made up of the most powerful Jedi masters to kill him. 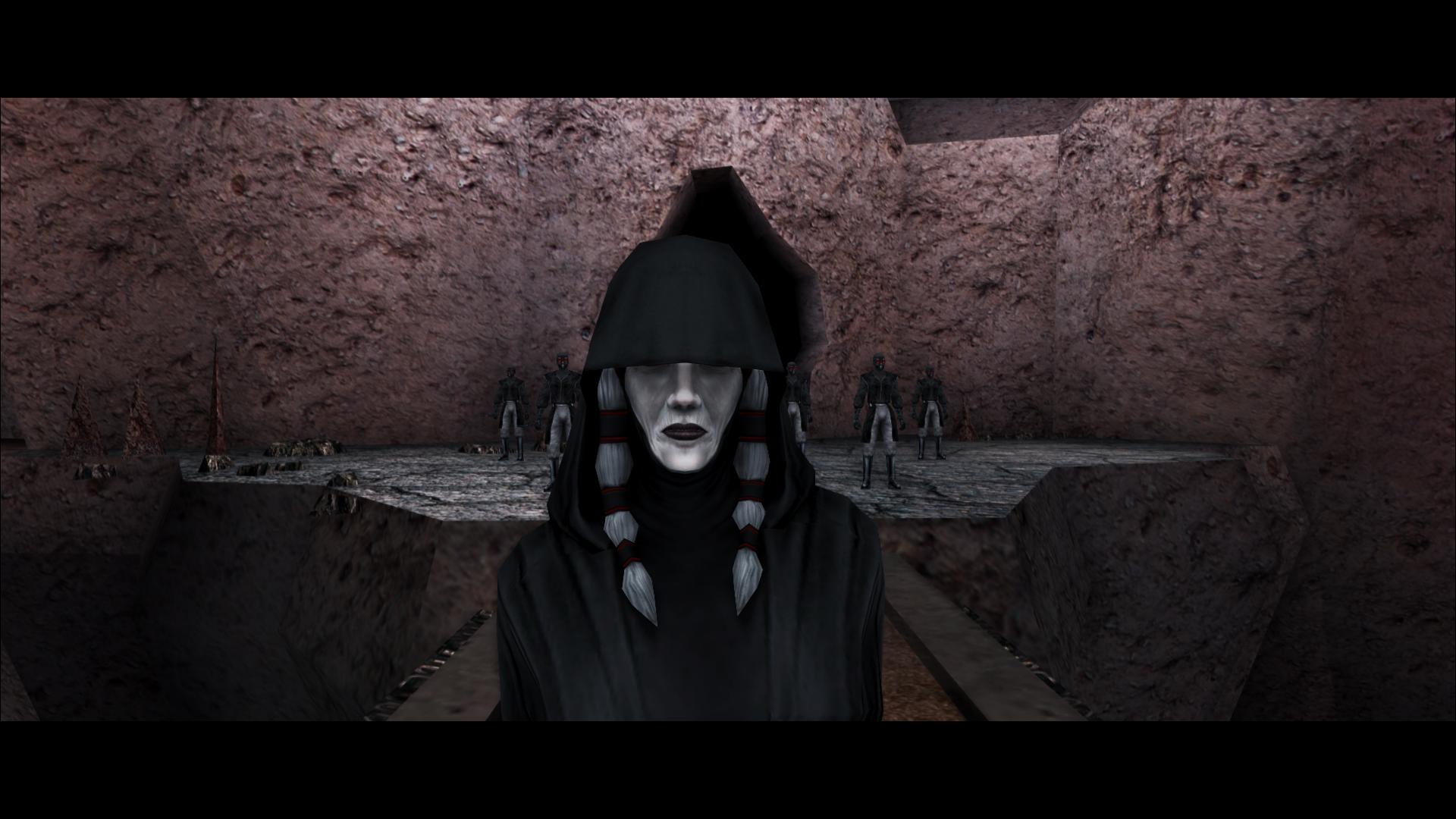 One thing Star Wars has in common with other cinematic universes is its lack of formidable female antagonists. Captain Phasma was close, and we all saw how that went. However, Rian Johnson should turn his attention to Darth Traya/Kreia, who’s one of the most powerful Dark Force users ever.

When it came down to raw strength, she was more than capable. However, her intelligence and studiousness were her true powers. A former Jedi Master and Historian, Darth Traya was excluded from the Council due to the actions of a former student. In exile, she became a Sith Lord so powerful that she even had the ability to destroy the Force.

She was so skilled at manipulating the Dark Side that she no longer needed her eyes, and never replaced her severed arm. Even without those vital attributes, her powers allowed her to easily wield four lightsabers at a time. And she didn’t even need to be able to do that when she defeated three Jedi Masters by simply draining their life-force and adding it to her own.

If knowledge were indeed power, Darth Traya would rank among the Top Three Sith of all time! 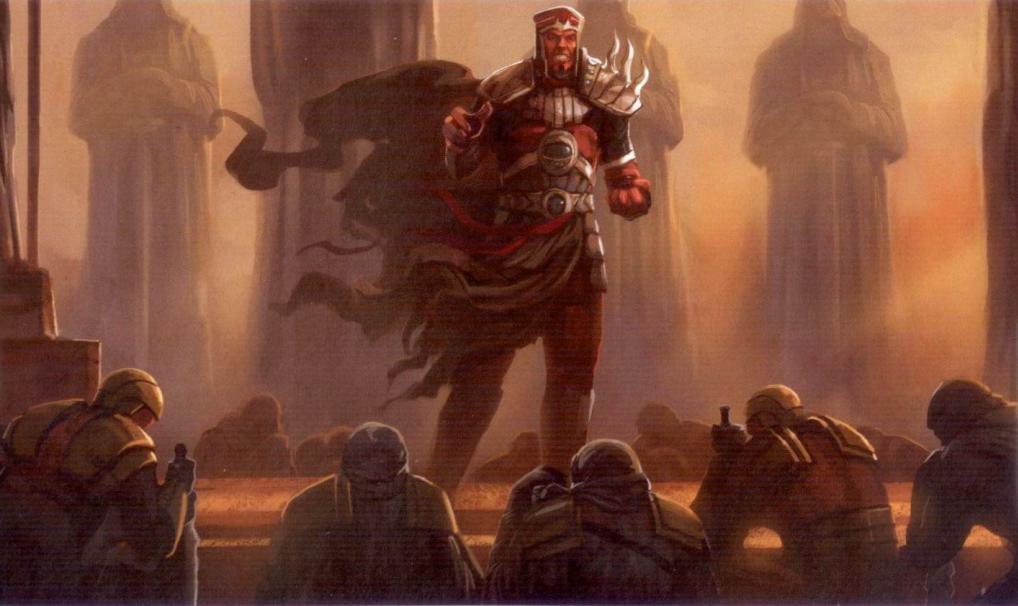 Naga Sadow claimed the throne when Marka Ragnos died. A powerful Lord, and a highly skilled dark side magician, Naga Sadow was able to destroy stars with his Force abilities (and Sidious needed a Death Star to destroy planets).

He may have the loftiest ambitions of anyone on this list, because in addition to craving power, he felt that the Empire should rule the entire galaxy, with the Jedi and the Republic as new objects to be conquered rather than formidable enemies. But in addition to his expansionist ideas, he was the first Lord to actually acknowledge the Sith Empire’s issues and even attempt to fix them.

Like some of his list-mates, Naga Sadow’s greatest asset was his mind. He had no problem going toe-to-toe with his opponents, but he always knew his foes’ weaknesses prior to any encounter.

It would be interesting to see this character on the big screen, especially given how progressive his thinking is in comparison with the traditional power-hungry Siths we've seen so far. 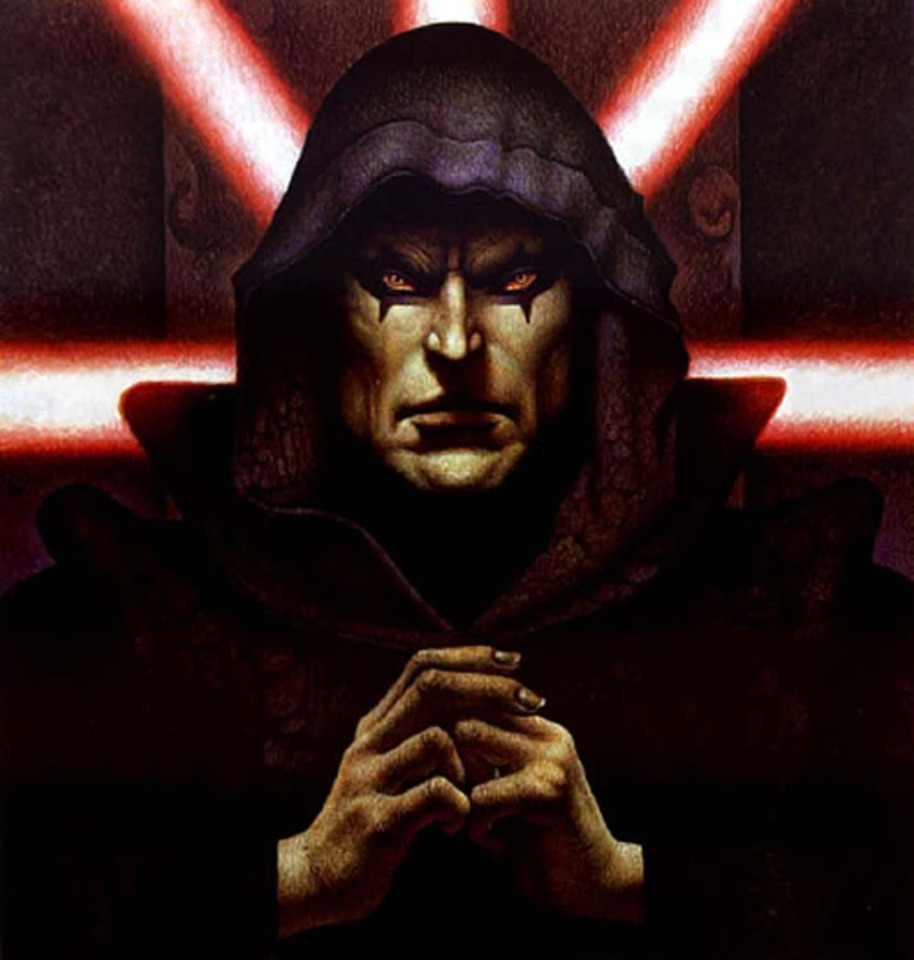 As moviegoers came to know them, the Sith originated with Darth Bane, who established the Rule of Two and reformed the Sith Order. Continued infighting among the Sith Lords would have led to the order’s demise, but the Rule of Two – which stipulated that only one Sith Lord and one Apprentice could to exist at one time – averted that disaster.

Darth Bane even had enough insight to discover how an apprentice would eventually replace a master, but he continued to pursue it.

Eventually, his intelligence brought about the destruction of the Jedi Order and the fall of the Republic, as Palpatine/Sidious followed his teachings in dealing with the events of the prequel trilogy.

While Darth Bane was cunning enough to defeat the Brotherhood of Darkness without a physical fight, he was also extremely skilled at using the Force, most notably to transfer his living essence into someone else’s body. 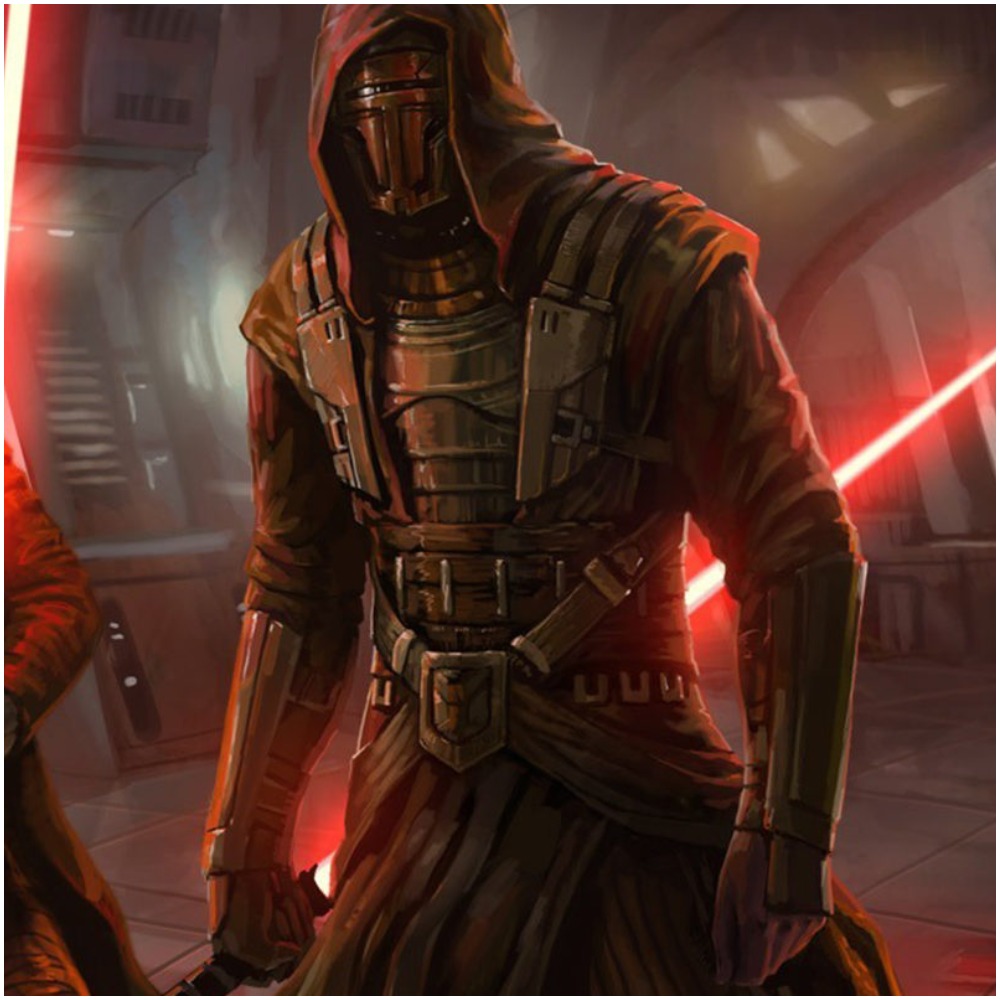 Many feel that Revan’s command of the Force was the strongest among the Sith (or possibly second to just one). He played an important role as both a Jedi and a Sith in that faraway galaxy, and was able to manipulate both sides of the Force. In addition, his skill with a lightsaber was unparalleled, which is why he’s on this list, although he has no chance of making it into a movie.

Nonetheless, he’s the most complex user of the Force out there. Even his motivation for turning to the dark side goes beyond being power-hungry.

Plus, his outfit is pure awesomeness! 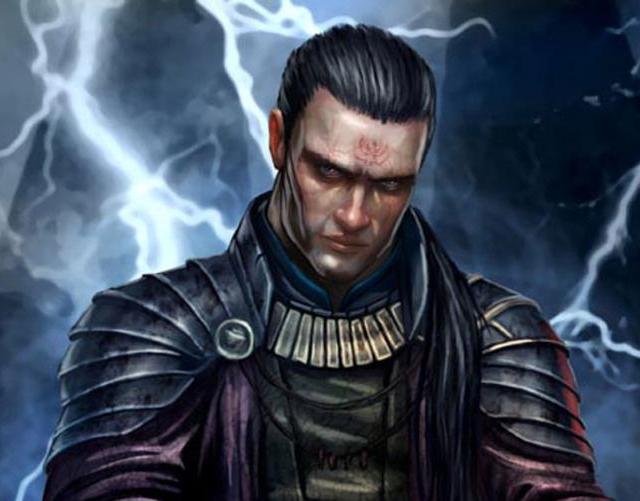 Exar Kun's story is a typical one: A powerful Jedi overestimates his own strong will and falls to the Dark Side. Talented but impatient (he was referred to as an animal Jedi), Exar Kun was seduced by the Dark Side once he decided to explore it. Because he believed that his abilities and merits went unrecognized, he became a powerful foe of both the Republic and the Jedi Order.

A great strategist and manipulator, Exar Kun tricked numerous Jedi into joining him, orchestrated a Civil War, and even manipulated Luke Skywalker's students. Using the Force, he drained an entire planet of force-sensitive people.

Exar Kun was highly skilled with a lightsaber, and even bested – and worried – his master by tapping into his anger. But more than anything else, he’s probably the most innovative at fighting with a double-bladed lightsaber. 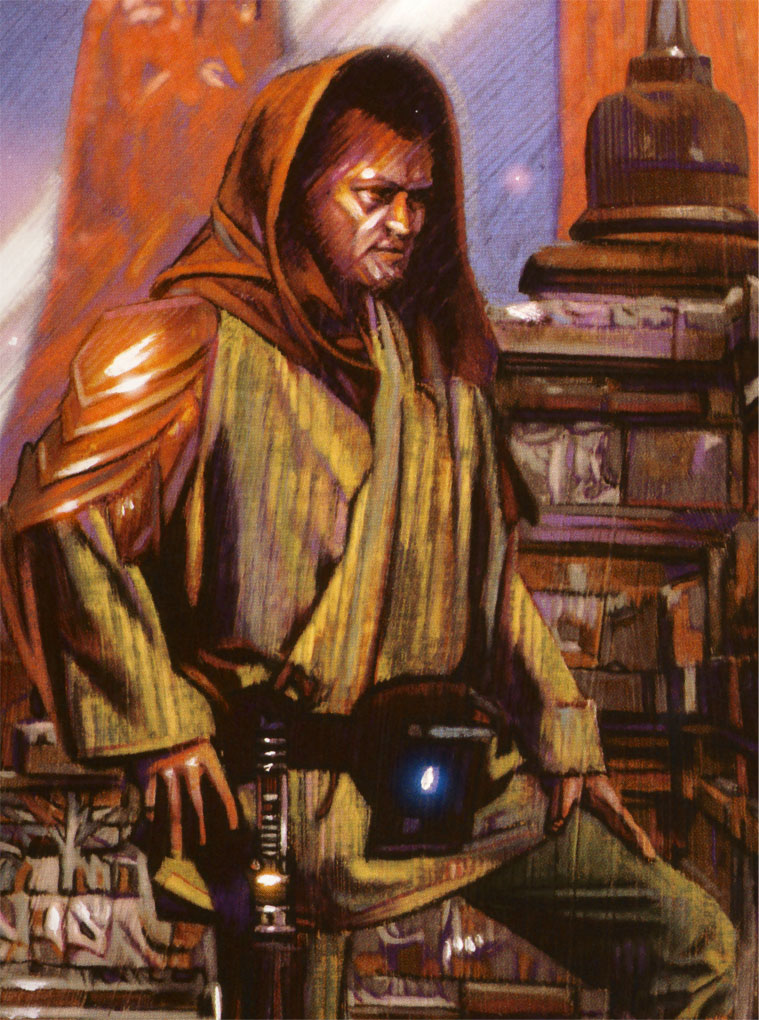 Again, the new Rian Johnson trilogy could take place at any point on the vast Star Wars timeline. So why not go to the roots of it all and reveal the origins of the Sith Order in a movie? Why not leap through time and tell the story of the Hundred-Year Darkness?

The Jedi Master Ajunta Pall, aka the first Dark Lord of the Sith, was exiled when he realized that there was more to the Force than the Light. He may not have been the most powerful Sith Lord, but he was certainly the most important figure in Sith mythology.

If Ajunta Pall hadn’t realized that the Force could be used to enslave minds, drain the life force, or even inhabit another’s body, the Sith Order would never have come to be. The Jedi would never have had to face such a formidable foe.

Of all of the characters on this list, Ajunta Pall is the one who most deserves to have his story told. But will Rian Johnson tell it? 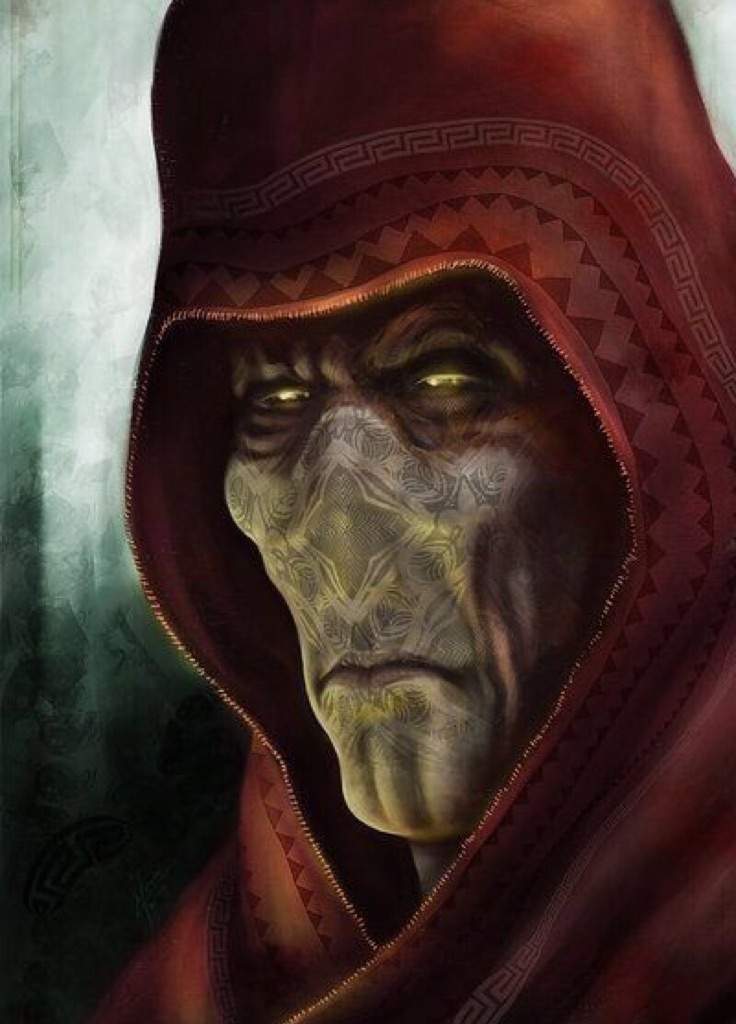 The prequel revealed that the original trilogy’s big baddie, The Emperor Darth Sidious, was the Chancellor Palpatine. As a result of his machinations and Darth Bane's Rule of Two, Sidious replaced the Republic with a new Galactic Empire and nearly wiped the entire Jedi Order out of existence.

Everything Sidious achieved originated with the actions of Darth Plagueis, who used his strategic mind and knowledge of the Force to shield his plans and help Palpatine rise to power. He was so strong that Sidious didn't make a move against him until the very end, when all of the dominoes were in place.

We don’t know much about Darth Plagueis, but we know that he’s a character of great importance to the Star Wars movies, since his knowledge of the Force enabled him to physically cheat death and even create life.

The Force reacted to his power by creating the Chosen One!

So yes, the movies should explore Plagueis' backstory! 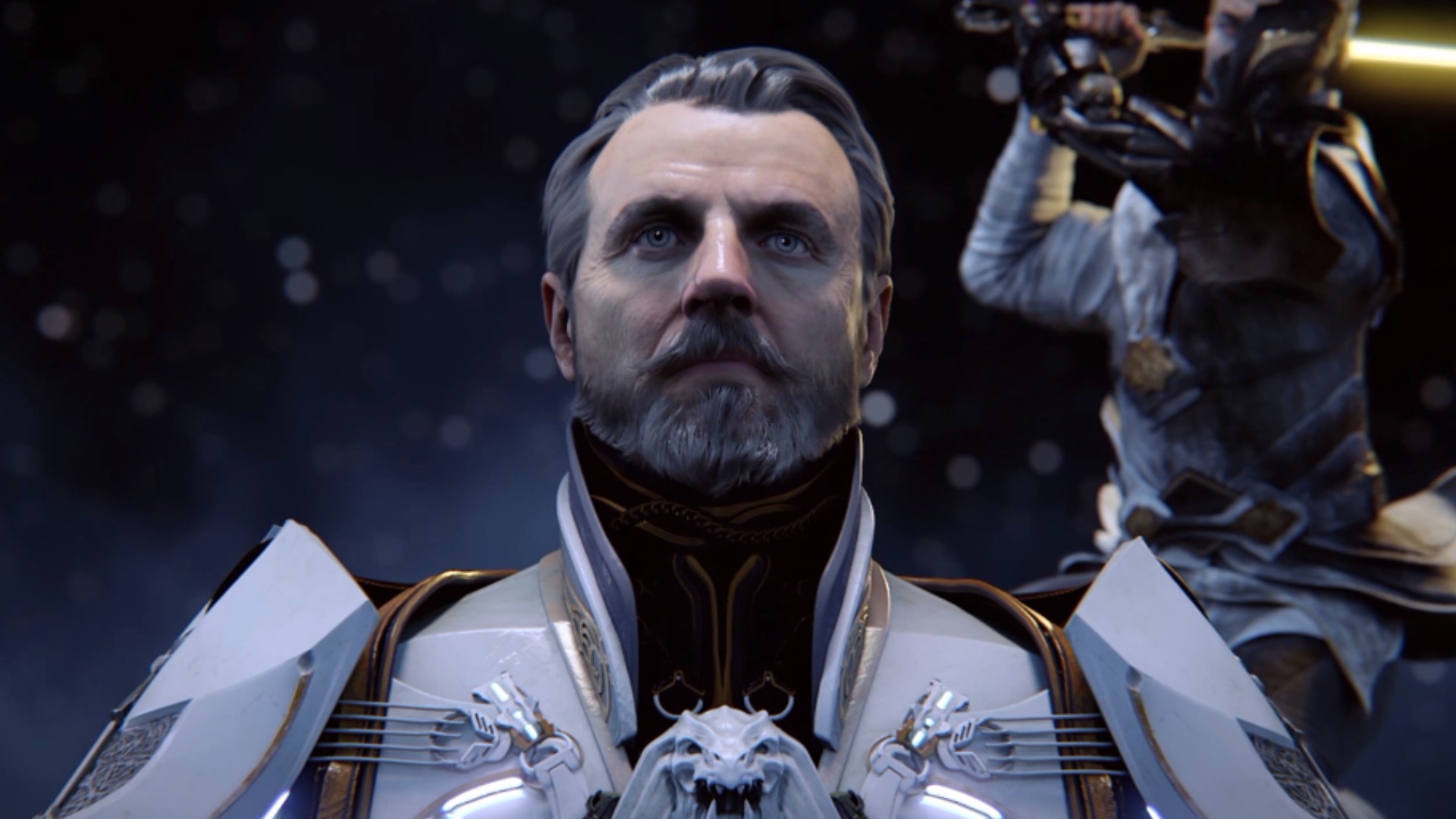 There are Sith Masters and there are Sith Lords, but there’s only one Lord Vitiate, who’s best known as the Sith Emperor. With his knowledge of the Force, Vitiate ruled for more than a thousand years, and proved that he was godlike in comparison with the other users of the Force.

Marka Ragnos took note of him while he was still a child who’d been named a Lord in his early teens, and Vitiate rose to power when the Jedi and the Republic defeated Naga Sadow. Under the guise of aiding the remaining Sith Lords, Vitiate lured them all onto a single planet. There, he used his colossal powers to enslave their minds, which was an unparalleled feat since there were more than 8000 Sith Lords present. He fed on their life force, and became immortal as the most powerful Sith of all time.

There’s truly no one more powerful in the whole of Star Wars history. 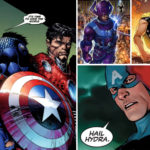 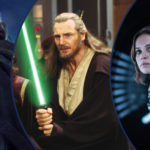 Which Star Wars Movie is the Best?