Ten All-Ages Comics You and Your Kids Will Both Love 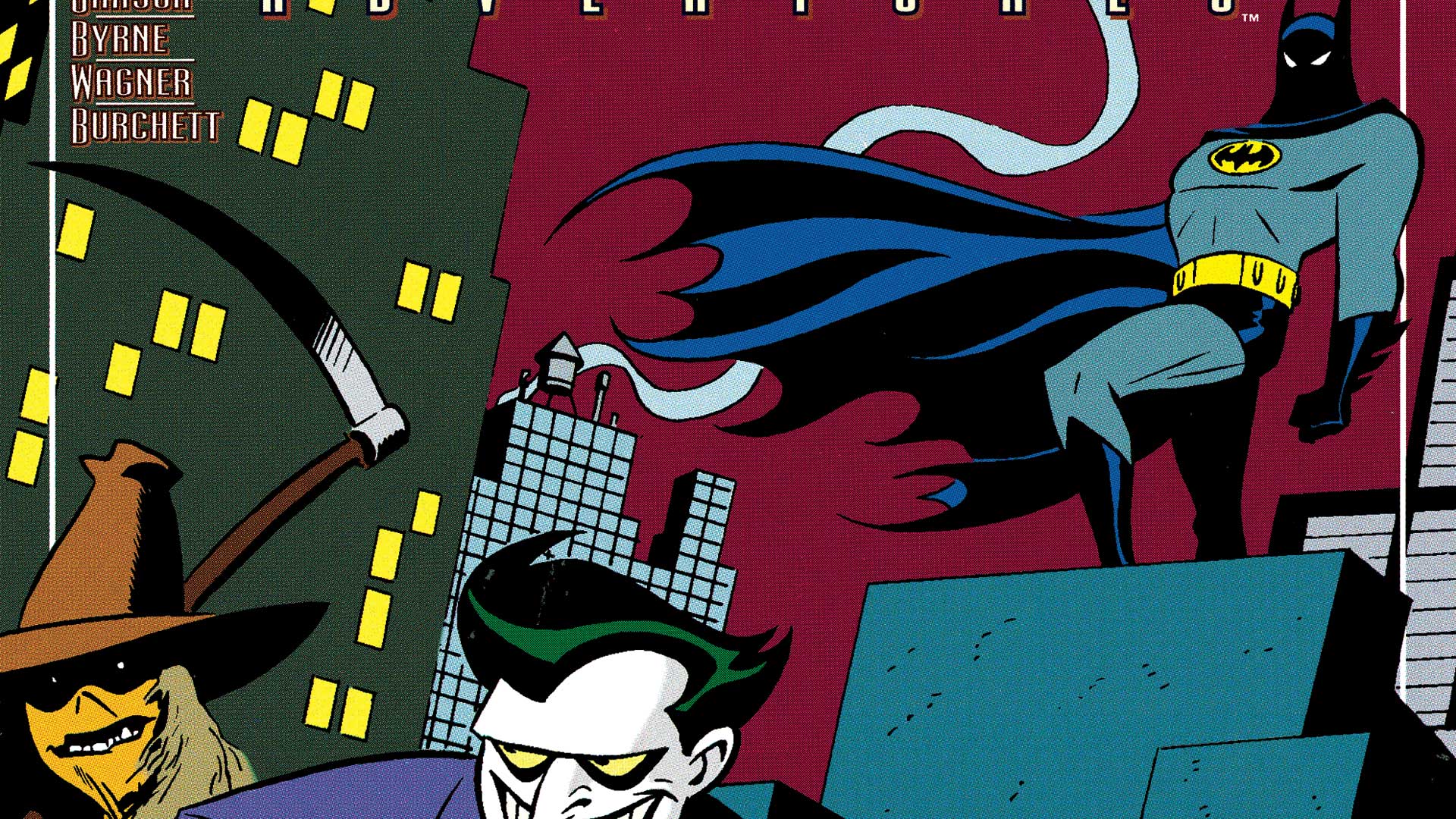 That's right, the medium we love may be dominated by adults who care way too much about consistencies in power levels, but it was once designed to appeal to children! And if we want Comics to continue on into the future and be successful, we kinda need to get kids invested in the medium. But just because you're buying comics for your kid doesn't mean you can't enjoy them as well! So here I've curated a list of great kids books that you can enjoy too!

Because reading comics to your kids just spreads the fun around and bonding over comics could be a nice way to share your interests.

Quick Note: never force comics on your kids. This list is for helping parents out who's kids are interested in comics but don't know where to start. If your kid isn't really into comics, it's cool, just let them find their own interests! You know, like you found comics? You never wanna be that angry dad dragging your kid to the football game/comic convention yelling about how their "gonna have fun GD it".  But let's get on with it and have some good, all ages fun.

I'll try not to swear too much. 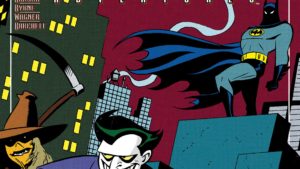 Superman Adventures and Batman Adventures where long running titles that had some amazing creative teams. That's one thing that you'll notice in this list is that some of the soon to be biggest creators in comics started doing books targeted at kids. On Batman Adventures, we had regular work from Kelly Puckett and Paul Dini with art from dudes like Bruce Timm and Ty Templeton.

And over on Superman Adventures, writing got handled by Scott McCloud (who literally wrote the book on how comics work) and Mark Millar with some wonderful art by guys like Rick Burchett and Bret Blevins. That's right, Mark Millar wrote some of these [email protected] Back when he was good and took advice from Grant Morrison!!! The stories often feel like lost episodes of the cartoons, with artwork and characterization to match.

If you love good old fashioned superhero comics, and your kid can't get enough of those Timmverse cartoons, than these are the books for you. And thankfully, they've recently been reprinted in nice trade paperback collections! 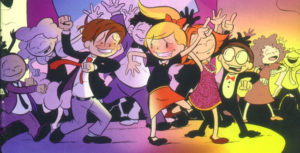 Amelia Rules is a comic that I rarely see talked about which is a shame.

The series revolves around Amelia McBride, a 5th grader who's had to move to a new town with her mom after her parents divorce. What ensues is a long series of trials, tribulations, personal strife, and kids dressed up like superheroes wailing on each other. The series is more young adult than for young kids but as a series to be read by kids growing up, you could do infinitely worse.

Amelia and her friends are wonderful characters, from main ones like Reggie AKA Captain Amazing to the less main like Ninja Kyle. Again, I must stress that none of these books are fantasy or sci-fi, they're coming of age drama/comedy, with the ratio balancing out depending on the story. But as a way to introduce kids to ideas of death and divorce and adult relationships, it's a great one. It's a series that doesn't talk down to kids but also has enough humor and levity to couch the serious issues in.

These are great young adult fiction that any adult should also be able to enjoy and are all anchored by some very honest and earnest emotions. 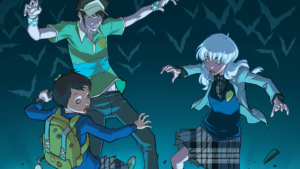 Hey, did you ever wish someone brought mysterious boarding school content to comic books, and more specifically to Batman comics? Well someone did, boyo!

Gotham Academy. Gotham Academy follows Olive and Maps and their fun adventures through the titular boarding school full of secret societies and batman villains. And there's more than a tangential batman connection to be found in this series.

Both the original and Second Semester are perfect tweenage reads designed to prime your young reader for some high quality batmanning. A must read for the batfans out there.

And they've released it in a handy dandy digest sized trade which you should 100% pick up. 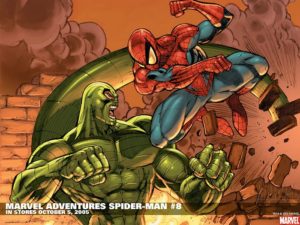 The Marvel Adventures line were a series of kids-targeted comics in the early 2000s. the line included Spider-Man, Avengers, Fantastic Four, Hulk, Iron Man, and others but that's not why I'm recommending them. See, these books were written by up and coming writers who would later take over huge books.

Jeff Parker, Paul Tobin, Sean McKeever, Fred Van Lente, some wonderful talents all working on classic characters in done in one stories that are fun as all hell. A few moths back I took a look at Van Lente's Marvel Adventures Iron Man and am incredibly glad I did. It captures the feel of watching a Saturday morning cartoon, that fun self contained atmosphere is just so much fun.

They thrive on fun guest stars and awesome villain appearances you wouldn't expect and if you find some in a dollar bin or a set go grab them! 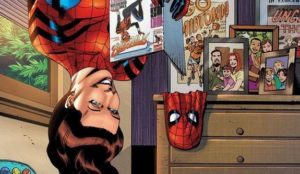 MC2, or Marvel Comics 2 for the uninitiated, was the home to May "Mayday" Parker AKA Spider-Girl. Spider-Girl first appeared in What If? # 105 and was such a smash hit sensation that she got her own comic book. And then that got some spin offs.

A-Next, Wild Thing, J2, the Fantastic Five, The Buzz, Darkdevil. It sounds like I'm making these up but I am not. The MC2 line of comics is perfect for a younger reader who wants to get into marvel. It's self contained, the books are pretty all ages, and it's full of characters kids will recognize.

Plus, for young female fans, you could do worse things than give them an awesome Spider-Girl to look up to. 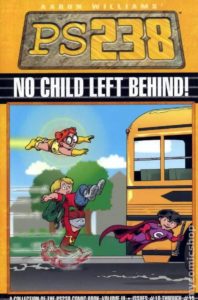 Hey, here's one you might not be familiar with!

Ps238 is the story of a secret school for the kids of superheroes where the future heroes and villains of earth come together to learn how to use their powers. Students include a MODOK-esque super genius who's equipped with a chip that won't let him swear, a son of Superman-type who just wants to play his clarinet, a girl who's upset her powers are the "basic" kind and the son of the world's greatest superhero who has no powers of his own.

If this sounds familiar to you, it's because the Disney movie Sky High would use pretty much the exact same premise. But it's not all the same, because Tyler, the powerless kid doesn't actually develop powers. He does find a way to help though, as Moon Shadow, sidekick to The Revenant, the world's greatest detective.

The book has intrigue, heroics and lots of wonderful comedy. And the first chunk of it is available online as a webcomic if you want to give it a try without any financial investment! 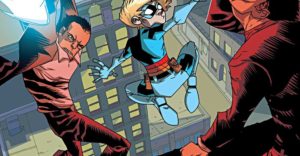 And here's a comic by a team you don't often see doing things for kids.

Or specifically, things without the word f**k in them. Brian Michael Bendis and Michael Avon Oeming are the team behind Powers, a great comic you should definitely not let your kids read. But they collaborated on Takio, a book about two sisters with super powers who fight crime.

The dialogue crackles like you'd expect from a Bendis book and years of Powers have shaped Oeming's drawing style into something streamlines and complex. The series took the form of a graphic novel and a follow up miniseries, of which I've only read the mini. But it's good enough for me to rec the whole series as a result. And then when you're kid gets a little older, they'll have a writer and artist they like and can follow.

Maybe they'll like Torso. (This is a joke, do not give any child Torso) 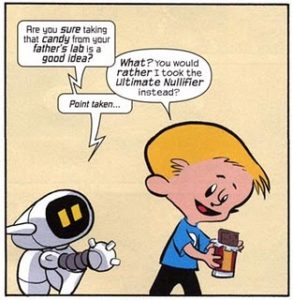 3. Franklin Richards: Son of a Genius

Not only is her a fantastic letterer, but he's also a wonderful cartoonist. While right now he's working his art skills mostly in children's literature, he used to bring that style to the Fantastic Four's first born kid.

The Franklin Richards: Son of a Genius series followed the terminally unsupervised Franklin, son of Mr. Fantastic and the Invisible Woman and his robot babysitter HERBIE. And it's adorable. Usually Franklin goes messing around in his dad's lab and causes some sort of unfortunate chaos that he and HERBIE have to solve.

It's fun and wacky and if you like the manic energy of something like Calvin & Hobbes, than this should be right up your alley. And its unique tone is right for most kids. I still love these comics, they’re just infectiously charming. 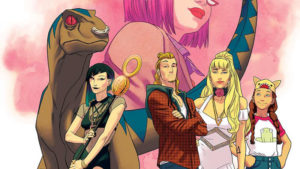 With a beloved Hulu show hopefully lined up for a second season, there's never been a better time to be a Runaways fan.

This one is more for your pre-teens/ tweens than your little kids, but it's pretty great. The story follows a group of teens who discover that their parents are secretly a cult of supervillains. And they go on the run to stop them and save the world.

The team is charming and wonderful and really rules hard. And not only is there a long run of it, there's a currently going run! Rowell and Anka's current series more than lives up to the original and if you want to get your kid into monthly comics, this is a good, simple way to do it.

Just skip the Whedon stuff. It's not great. 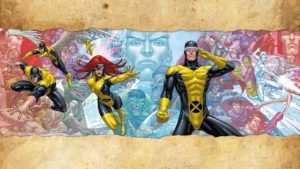 I love the X-Men. And I love Jeff Parker.

So what a shock it is that I love this all-ages X-Men title following the original crew. If you want classic X-Men stories with guest stars a-plenty, this is exactly what you need. Machine Man, Hulk, Man-Thing, Dr. Strange. Even Parker's favorites, the Agents of Atlas make an appearance. It's such a fun read, both the original mini-series and the ongoing that spawned off from it.

I have not read Wolverine: First Class or Uncanny X-Men: First Class so I can't personally vouch for them but if they're anything like the original, they're worth checking out.

And there you have it, a good selection of all-ages titles anyone can enjoy, take my advice and you might help a young comics reader come into the world. Or just read them yourselves, they're pretty darn good. 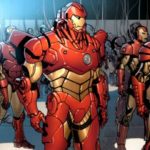 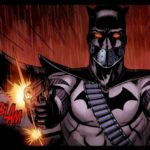