10 Superhero Movies that Deserve to be Rebooted 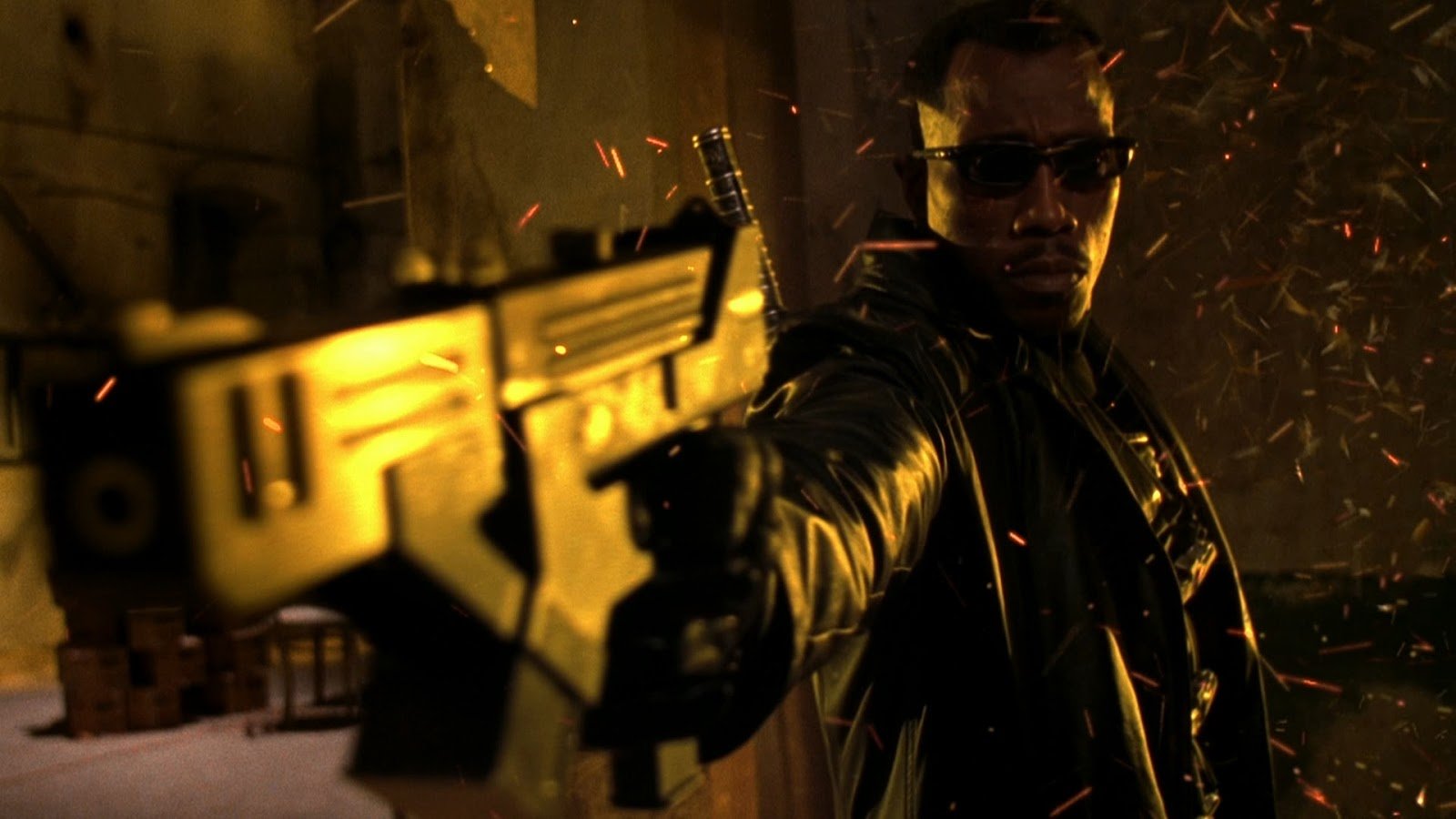 Rebooting movies has now become the norm for Hollywood. Studios find it difficult to pass up the chance to reuse characters that already have fans willing to see a new story about them. It’s a double-edged sword though; rather than introducing new ideas to audiences, they’re rehashing old ones with better cosmetics. However, sometimes the original failed to live up to expectations to the extent that a reboot is simply necessary out of respect to the source material.

It wasn’t until Christopher Nolan’s Batman Begins that the concept of superhero movie reboots really pierced popular culture. Nolan’s realistic and gritty take on the Caped Crusader cleansed the acrid aftertaste left by the travesty known as Batman and Robin. By the time The Dark Knight Trilogy was done, it cemented its place as the best superhero movie series ever, and basically gave the film industry permission to relaunch more titles.

Since then, we’ve seen a bunch of superhero movies getting reboots, to varying degrees of success. The Incredible Hulk starring Edward Norton was arguably better than all previous TV and movie incarnations. The new Dredd trounced Stallone’s version easily. In some cases, a TV rebirth was the key, such as in the case of Daredevil. However, we can’t forget that reboots can disappoint worse than their original counterparts – just ask the new Fantastic Four.

While I personally would rather see new superheroes and stories adapted for the big screen, sometimes a character has been done so terribly that a new attempt is warranted (We have to thank Ryan Reynolds and all of Deadpool’s fans for persevering in bringing his solo feature to life despite that horrible, horrible version in X-Men Origins: Wolverine.). Other times a character is just so beloved that we wouldn’t mind a fresh take.

Hit NEXT for a gallery of superhero movies that deserve a reboot. 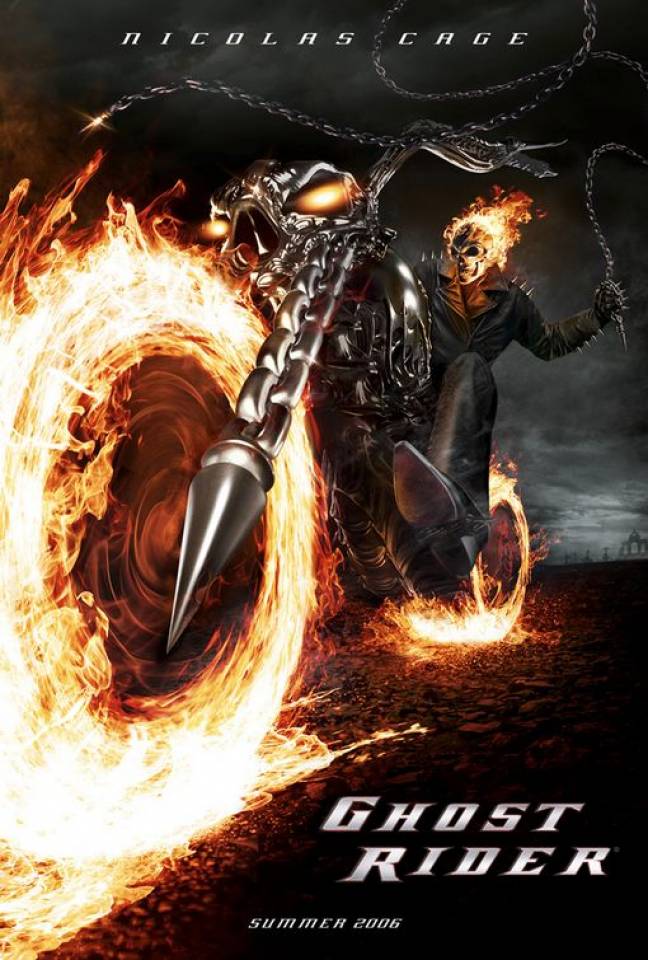 Nicolas Cage may be an actor with range, but he certainly wasn’t the best choice to play the Spirit of Vengeance in the 2007 adaptation. Ghost Rider has so much potential – he’s a flaming skeleton who rides a flaming motorcycle and sends people to hell, FFS – but his movies just didn’t do him justice.

Though it’s been confirmed that Ghost Rider will be appearing in the next season of Agents of S.H.I.E.L.D., I’m not sure that it’s the best place to reboot the character. He’s one of those superheroes who really has his own niche, as he doesn’t really fit with the Avengers in the MCU and he seems too powerful for the aforementioned TV series. He could probably fit better within the darker Marvel Knights circle with Daredevil, Punisher, etc., but Ghost Rider works best alone. 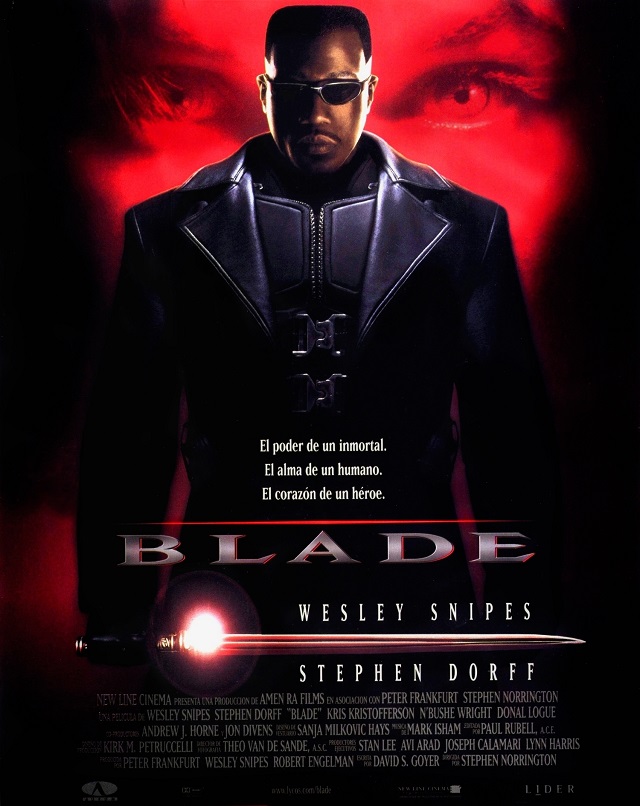 Even though X-Men gets the credit for making movies about Marvel’s superheroes take off, it was Blade that took that first step in 1998. Even now, Wesley Snipes’ best known role is as the half-vampire vampire hunter. While the first film in the trilogy was great and highly enjoyable, the succeeding parts declined in quality, and it’s been long enough since then for a new take.

Given the success of Deadpool, an R-rated Blade is perhaps the best move to return the character, whose rights also went back to Marvel, to the big screen. Much like Ghost Rider, the daywalker feels out of place in the MCU, and they both deserve a darker Marvel universe. With Doctor Strange introducing us to the idea of the Multiverse, such a vampire-infested universe can still feel part of the bigger one while remaining distinctly separate. 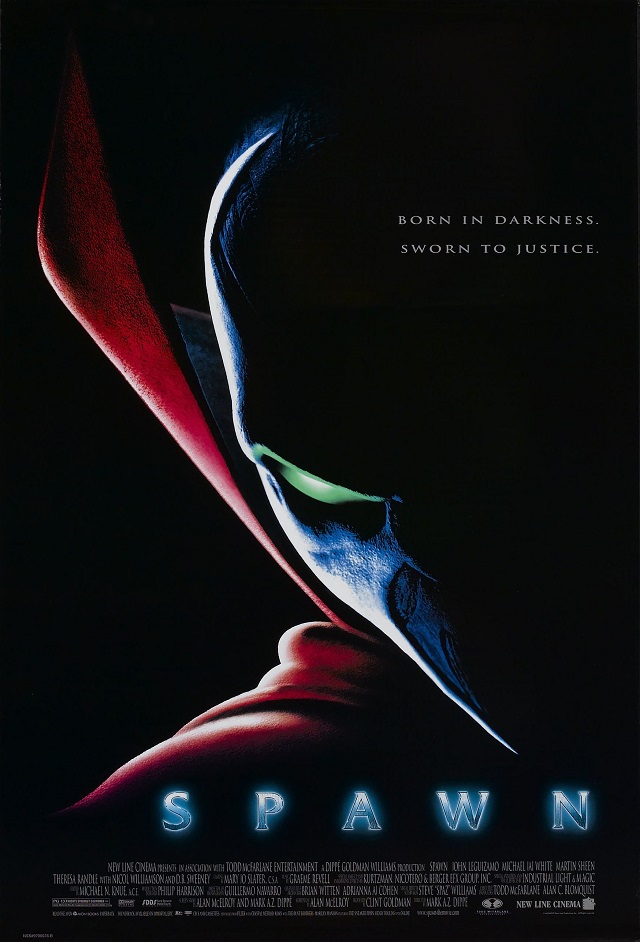 Considering that he’s a non-DC or Marvel character, Spawn achieved considerable success in the box office when it hit theaters in 1997. Its visual effects, which accounted for about a third of the movie’s budget, were memorable at that time, but they’re just comedic by today’s standards. However, the character is certainly unique (he’s the demonic leader of Hell’s army against Heaven who ultimately turns away from evil!), and his legion of fans deserve a retelling.

Fans of Todd McFarlane‘s creation eagerly await a reboot, which he’s been working on for years now. He’s envisioning more of a horror anti-hero movie than a superhero movie. “If you take the movie The Departed meets Paranormal Activity, (it’s) something like that,” he said in an interview earlier this year. “Will he look like he did in the first movie? No. Will he have a supervillain he fights? No. He's going to be the spectre, the ghost.” 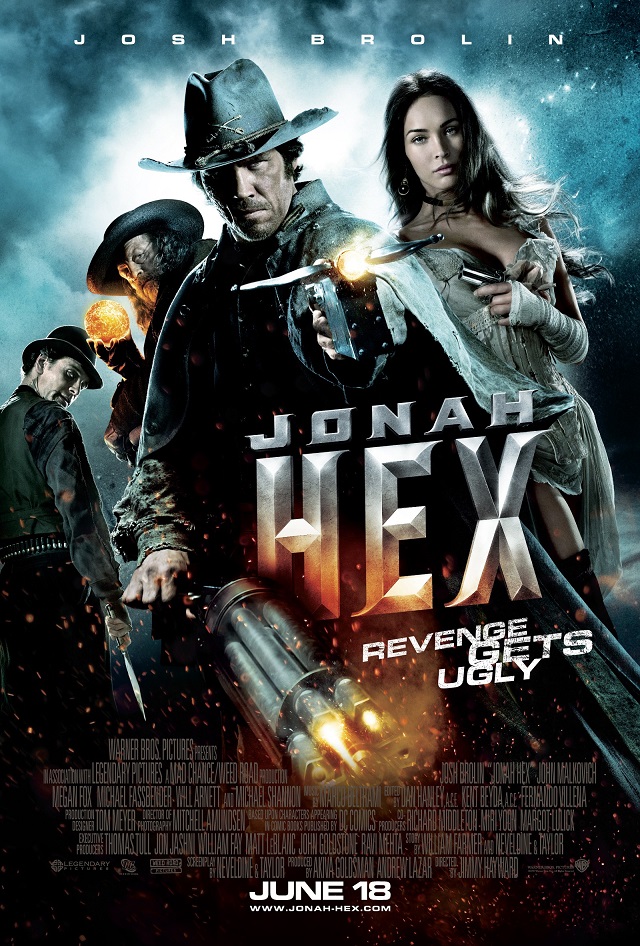 The 2010 Josh Brolin-starrer was a huge box office bomb, one of the biggest that year. It was really just a mess, and is only loosely based on the comic book character, who didn’t have the power to speak to the dead that he was given in the movie. At a runtime of 81 minutes, Jonah Hex was ridiculously brief and almost incomprehensible.

It should be safe to say that studios will steer clear of this character for a long while, but Jonah Hex deserves to have a proper reboot. The comics’ unique mix of Western, supernatural, and sci-fi has too much story potential to be ignored. A successful film would embrace these genres and spin a classic Western tale with a surreal tinge of horror elements. 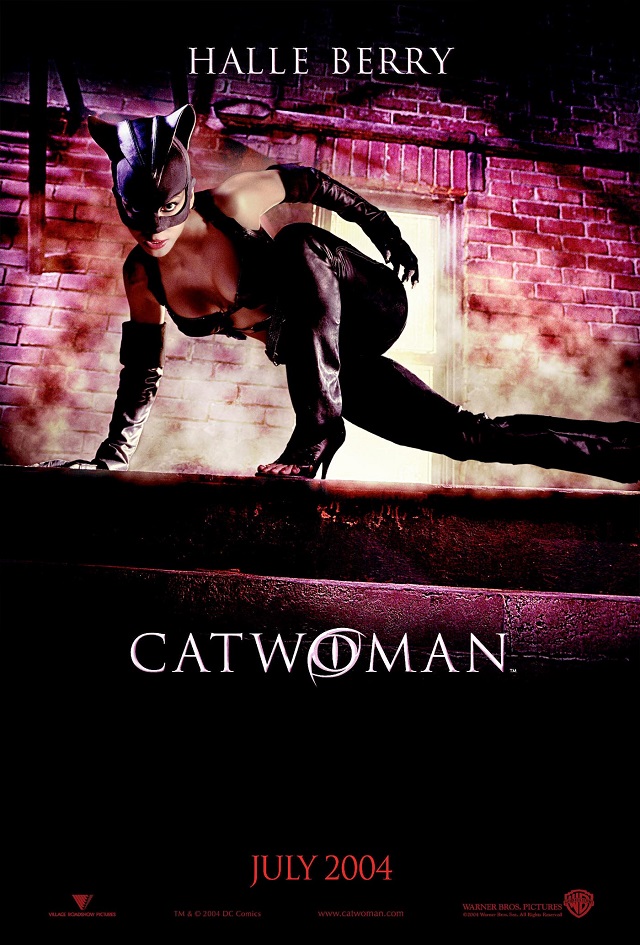 Catwoman’s standalone 2004 movie bears little to no resemblance to the comic book character, other than sharing the name Catwoman. The movie created a whole new character for Halle Berry and made her fight a supermodel. It was so bad that it could easily make the top three of any worst superhero movie list.

As such, Selina Kyle deserves a reboot to wash away the legacy of that terrible film. Even though Anne Hathaway’s turn in The Dark Knight Rises was acceptable, it wasn’t enough for people to forget Berry in the role. The problem is that it’s hard to tell a standalone Catwoman story without Batman, as they are too intertwined. With the Batman’s upcoming solo movie in the DCU, perhaps there’s a chance for a new version of the character who can rival Michelle Pfeiffer’s (tall order!) to appear. 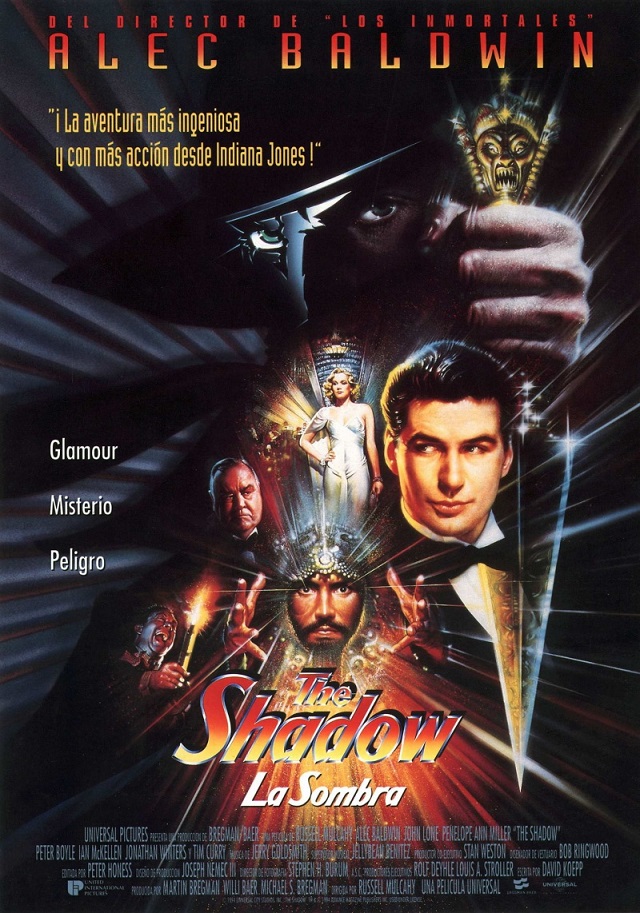 The 1994 movie adaptation of the classic pulp adventure hero is better than you remember, though it still has an off-base plot line and little respect for its history. Its filmmakers hoped to start a franchise, but competing against The Lion King and The Mask was too tough for the unintentionally campy take to overcome.

Still, The Shadow earned a cult following (which includes yours truly) who would love a classic period piece or even a modern take on the vintage superhero who served as inspiration for Batman. Sam Raimi had previously tried to reboot the character in 2007, but they’ve yet to come up with a good script. Perhaps the character would work best using its serialized roots as a TV series.

7. The League of Extraordinary Gentlemen 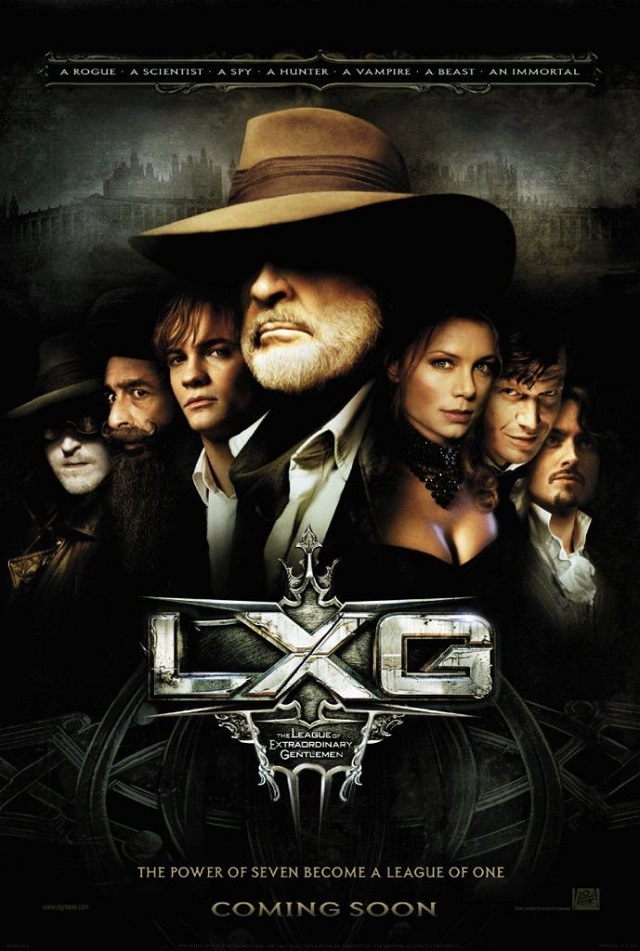 The beloved comic book series by Alan Moore had a brilliant concept: taking Victorian Era literary characters and putting them together to form an elite team. Which is why it was so disappointing to watch the botched 2003 film adaptation. Its poor execution serves to justify why Moore hates movie adaptations of his works, as among the many changes they made, it ignored the characters’ complex personalities and faults and treated them like boring do-gooders.

The cross-fictional hero mashup idea is too good to completely forget. Talks of a reboot already surfaced last year, but so far there are no new and more tangible developments. The League of Extraordinary Gentlemen would perhaps be best told as a TV series to capture the episodic pace of the original stories. 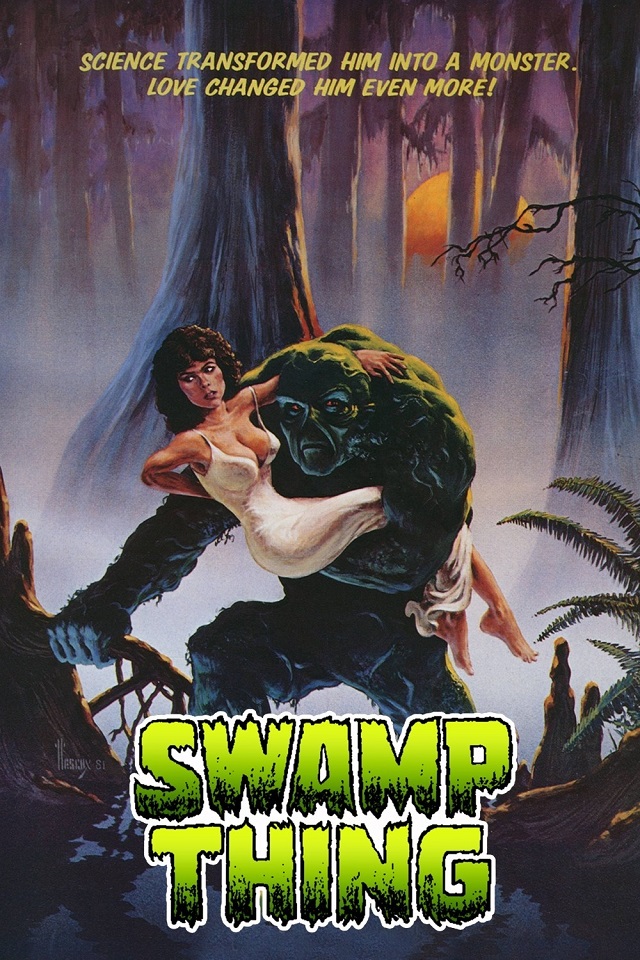 As it was made in 1982, the action comedy movie adaptation of the Swamp Thing lacked the visual effects technology to capture the comics’ supernatural horror feel. However, it was good enough to prompt DC to revive its series, which still continues to this day (a feat for a character with such a name, if you think about it).

Fans would definitely love a Swamp Thing movie with all the gorgeous CGI that’s available today. However, it’ll be tough to oust Groot from the current popular plant-based superhero throne; his cuteness and solid warmth trumps Swamp Thing’s enormous power. 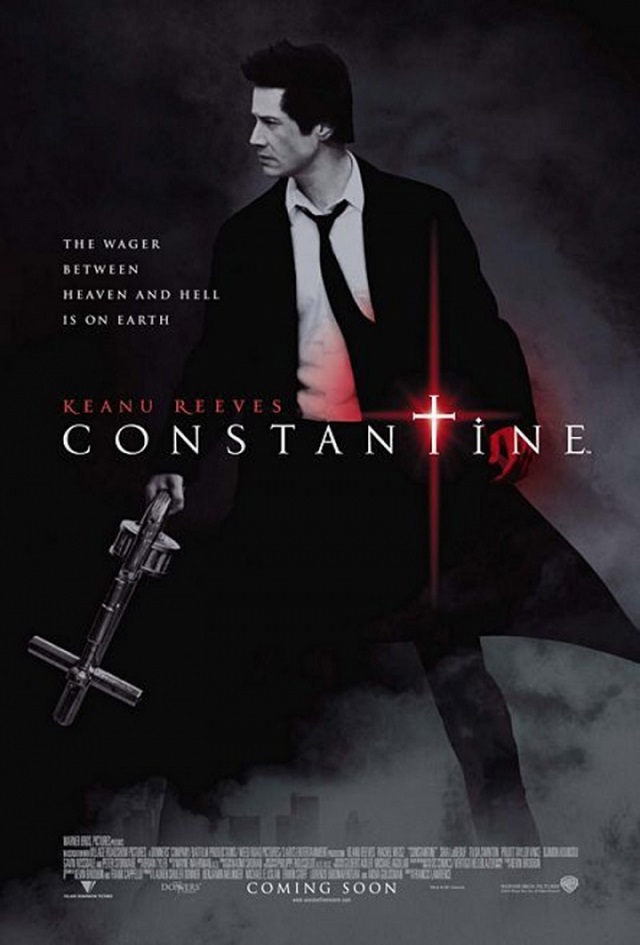 Despite how the 2005 movie was only loosely based on the character from the Hellblazer comics, there was still a lot to love about it. Tilda Swinton and Peter Stormare totally rocked their portrayals of Gabriel and Satan, respectively, and Gavin Rossdale was surprisingly effective as a seductive demon. What fans of the comic still probably can’t get over is Keanu Reeves himself as John Constantine, turning a blonde British con-artist with a wry sense of humor into an all-too-serious American.

While the TV reboot had a true-to-the-comic version of the character, it was not the best medium to tell Constantine stories, and as such it was swiftly cancelled after a short season. It’s Hellblazer’s story arcs that really make for great adaptations, which the movie showed, as it’s based on the “Dangerous Habits” and “Original Sins” story arcs. Perhaps the next story a reboot could tackle is “The Fear Machine”, in which a secret society harvests fears to bring an ancient god to life. 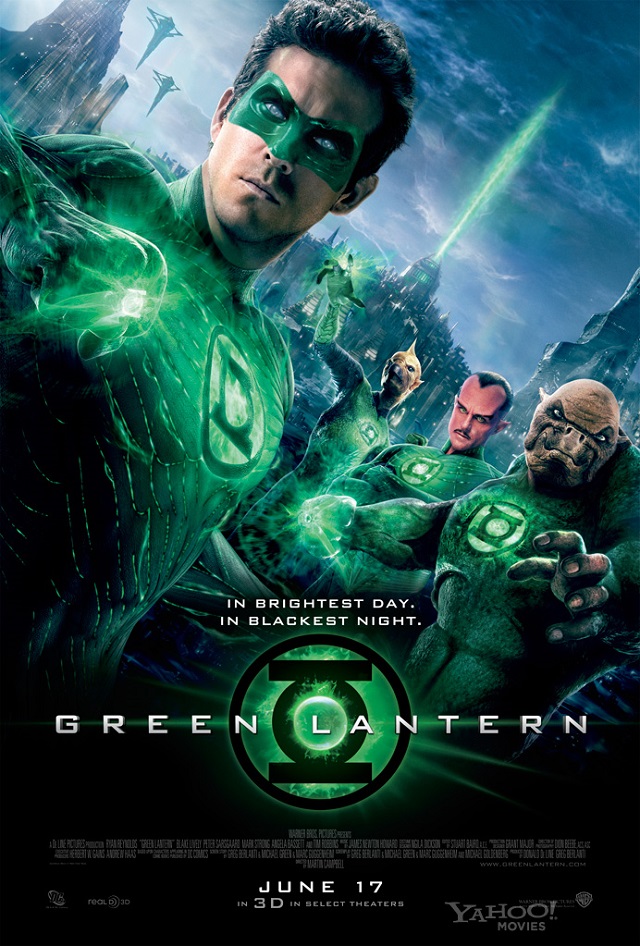 Ryan Reynolds just wasn’t the right actor to play Hal Jordan, as his smug and unlikable portrayal proved. Moreover, the film had to contend with making the enormous mythology of the Green Lantern’s intergalactic police force appreciated by non-comic book fans. Thankfully, Reynolds redeemed himself with Deadpool, but unfortunately, it seems the stain on the character is too big for Green Lantern to be included in the DCU’s Justice League, despite being a founding member.

Hopefully DC will introduce a new version of Green Lantern, perhaps Kyle Rayner or John Stewart, into their Extended Universe sometime in the future. Who knows, he might be the seventh superhero that the movie’s tagline “Unite the Seven” is referring to.

Which superhero movie or character do you think should be included in this list? 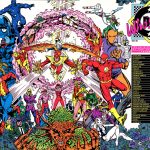 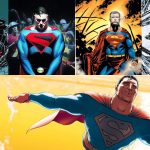 Superman Storylines for Man of Steel 2