10 Stories Warner Bros. Should Consider for The Joker Origin Film 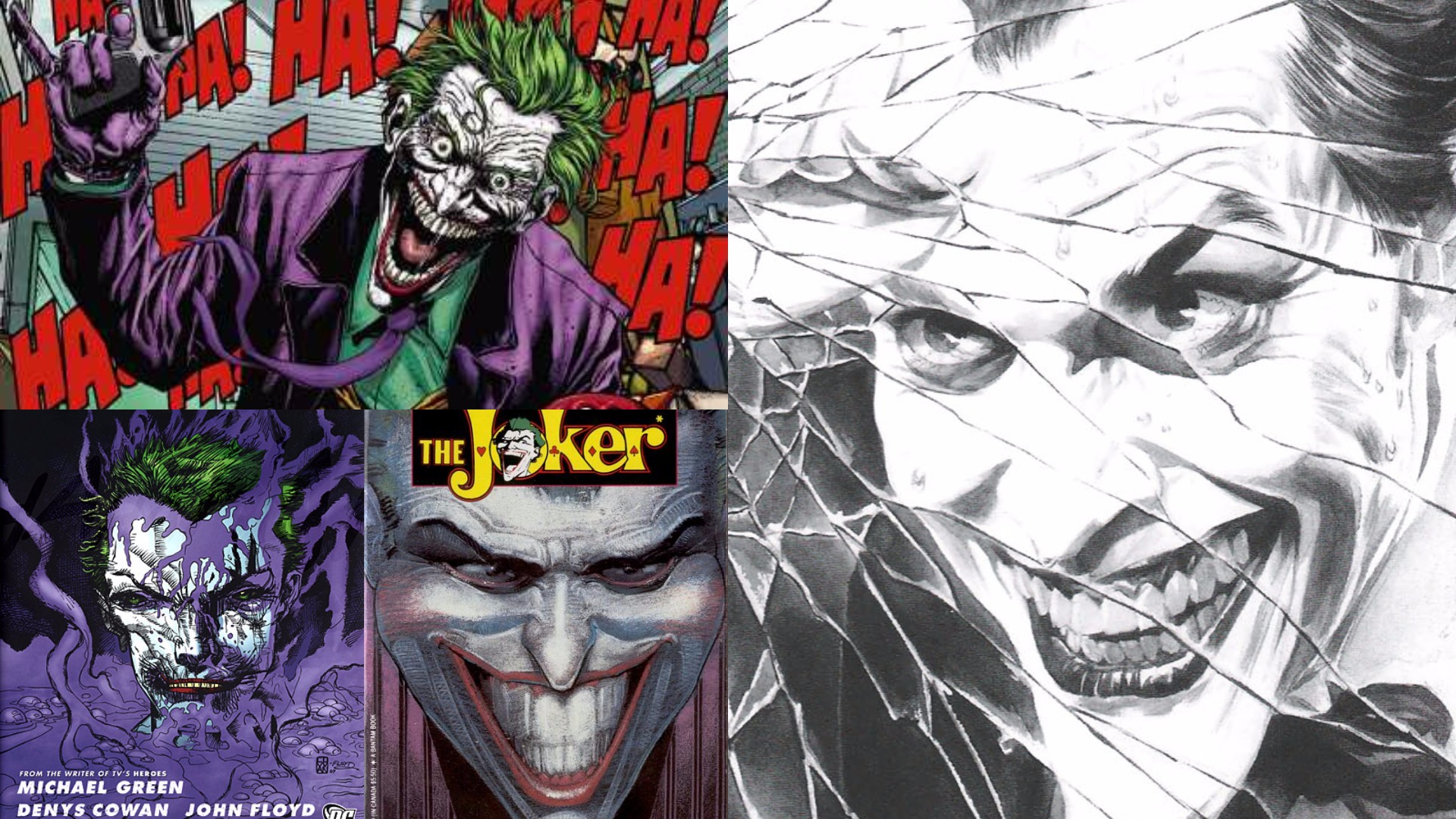 Fans may or may not be looking forward to it, but Warner Bros. is apparently moving ahead with its plans to build a separate cinematic universe based on DC Comics characters. They surprised everyone with their official announcement that the first film under this new banner would be a Joker origin story. We’re wondering how that will work, since the Clown Prince of Crime has no idea where he came from!

The project does sound interesting, given the numerous DC Comics stories that have explored The Joker’s past. And it appears that Martin Scorsese may be involved as a producer, and Leonardo DiCaprio’s been added into the rumor mix. All of this is certainly piquing everyone’s curiosity and building up some expectations.

So, which storylines should the studio consider for their Joker movie? Well, here are ten of them! 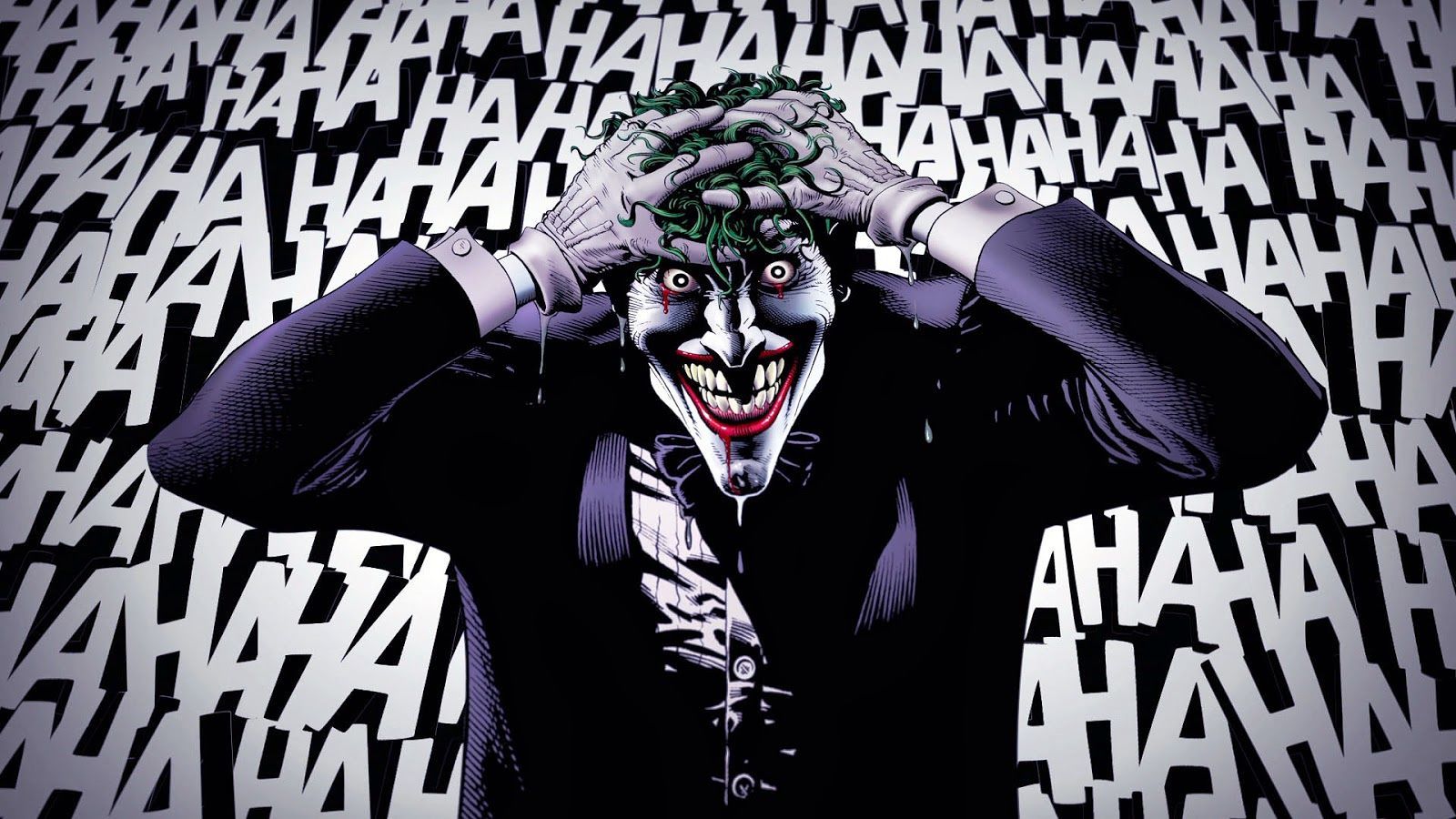 As the best-known Joker origin story, this one is a no-brainer. Most recently, Warner Bros. adapted it for the animated Batman: The Killing Joke. Unfortunately, that film was pretty disappointing.

The Killing Joke gave The Joker a tragic back story that changed the way fans looked at the character. It all began when the character decided to pursue a career as stand-up comedian, which turned out to lead nowhere. After that, he decided to join up with some low-level crooks and break into his old workplace (a chemical plant) as a way to support his family.

Little did he know that he was going to be made a patsy if things went south. And south they went when Batman appeared and assumed that The Joker was the gangleader (wearing a Red Hood). And the iconic scene unfolded.

Then the character's pregnant wife died. That was one bad day. And it turned out that it was all the studio needed to turn a rather hapless character into a famous supervillain.

The Man behind the Red Hood 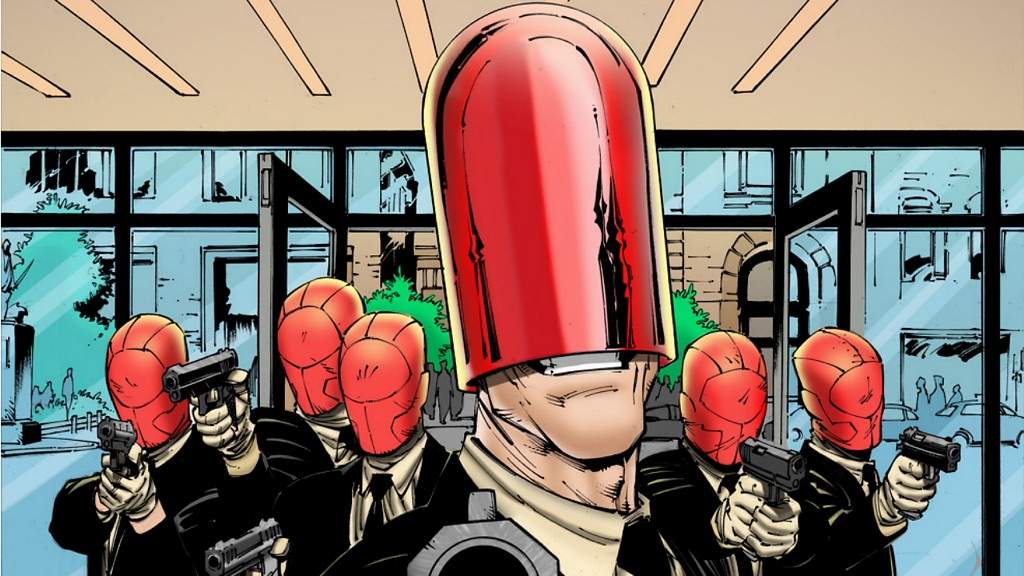 Way before 1988’s The Killing Joke provided the Joker with a backstory with which readers could empathize, 1951’s The Man Behind the Red Hood, one of the earliest attempts to give the Clown Prince of Crime an origin.

Before he became the Joker, he was the leader of the Red Hood Gang. Since that time, the scope, size, and organization of the group have all remained shrouded in mystery. What set them apart from other gangs was their leader, who always wore a red dome-shaped helmet that hid his face.

Of course, Batman appeared as the gang attempted to rob a chemical plant. The leader of the gang fell – or was pushed or tripped – into a vat of chemicals. And the rest was history.

Of course, this story inspired Alan Moore to write The Killing Joke, and it’s only missing the tragic twist. The Man Behind the Red Hood presented The Joker as having always been evil, or at least a wrong-doer. 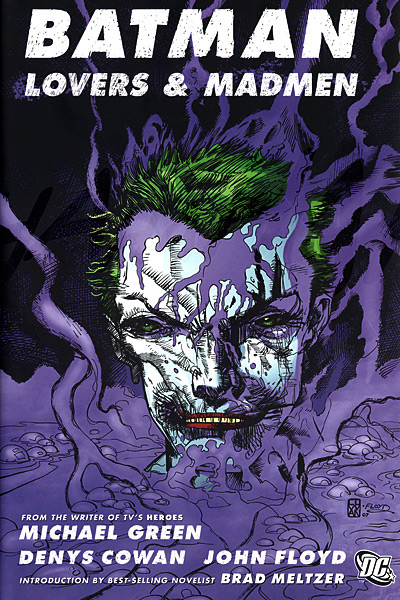 Sticking to the robbery theme, another Joker origin story had him as a bank robber named Jack prior to his transformation. But he wasn't just any bank robber; he was among the very best. Jack was quite a genius, and always sought a new thrill, so he eventually grew bored and apathetic. Then Batman intervened…Jack got away, but he was more excited than he had been in a long time. That prompted him to leave the Dark Knight a note.

Once he discovered that Batman existed, Jack planned ever bigger robberies to attract the vigilante's attention. And it worked, but when the two eventually faced off, things didn't go well for the robber.

One Batarang to the face gave Jack his smile; he felt something for a change. Afterward, a chemical bath (Batman had almost no role in that) completed his transformation. And this was how the Joker was born, according to the Lovers and Madmen storyline. 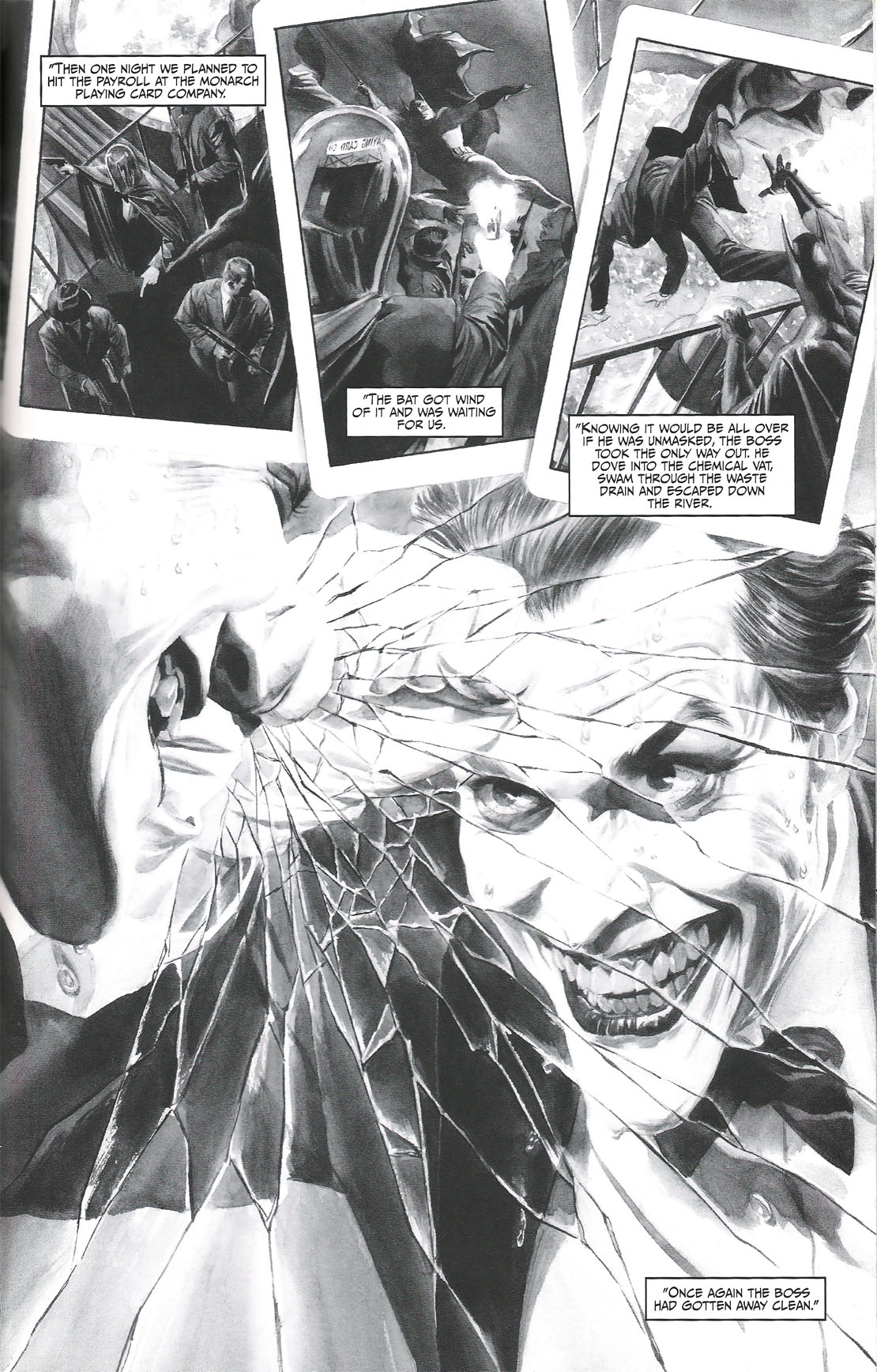 One of the most interesting Joker origin stories was in line with the idea that he had to be a criminal even before he became the Ace of Knaves. Paul Dini and Alex Ross' Case Study was basically the medical report written by psychiatrist Harley Quinn before she met The Joker. According to the report, he had to be a mobster before he became Batman’s nemesis.

This character had to be a criminal boss in Gotham for years, frequently changing his name and identity to remain unknown and under the radar. However, after years of success, he realized that something was missing from his life: the thrill he felt as his criminal career began.

Case Study corresponds with the character’s Red Hood period. He wanted to feel excited and reckless again. So, in a way, Case Study mixes elements from Lovers and Madmen and The Man Behind the Red Hood.

Like the previous storylines, this one falls in line with what we know about the upcoming origin film. It will be a 1980s crime film similar to Martin Scorsese's movies from that same period.

The Further Adventures of the Joker 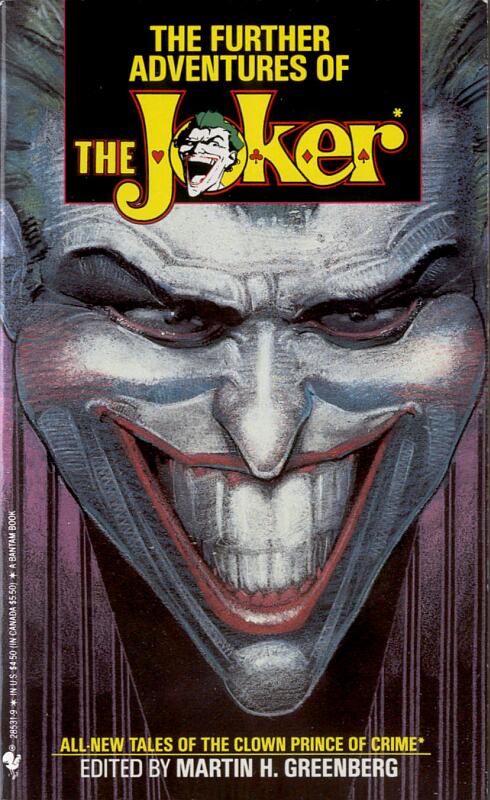 The Further Adventures of the Joker (Wikipedia)

Many have attempted to humanize the Joker with tragic backstories designed to inspire empathy among readers. The Killing Joke was a good example. In that story, the supervillain turned psychotic and became a criminal mastermind after he had a bad day (a really bad day, to be more precise).

But there were stories in which his psychotic behavior always manifested itself, this one included. It featured an abusive father who was obsessed with organizing everything in his life and keeping everything as tidy as possible. He insisted that his family smile and laugh at all of his jokes.

The kid who would later become the Joker may have developed a defense mechanism because of his father’s behavior. The kid later developed homicidal tendencies, killing birds and rodents and preserving their bones.

Other stories revealed that the kid wound up burning his house down when his parents discovered his collection. While its tone isn’t an exact match with that of the Scorsese films of the 1980's, it could still work. 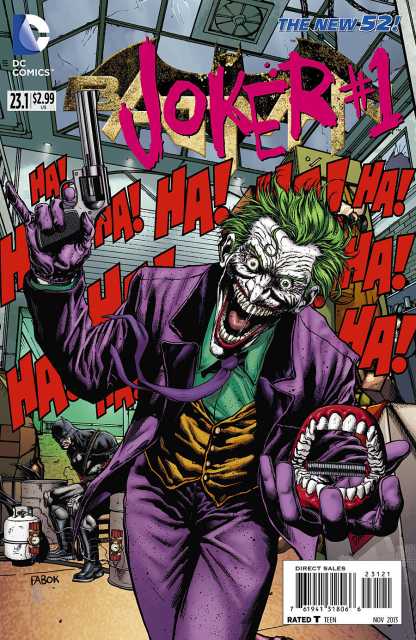 The Joker wasn't the most reliable narrator, as we saw brilliantly demonstrated in Christopher Nolan's The Dark Knight. His stories about his past simply couldn't be trusted. Time to Monkey Shine is one of those stories, and it didn't feature Red Hoods, chemical vats, or even The Batman.

But it does feature Aunt Eunice, with whom the young Joker lived. She couldn't have been more abusive; she starved him, screamed at him, and, of course, beat him. Without friends, the kid's only companion was a stuffed gorilla, which, of course, the aunt confiscated.

So the Joker's psychotic behavior could be explained.

Yes, this was quite a story. 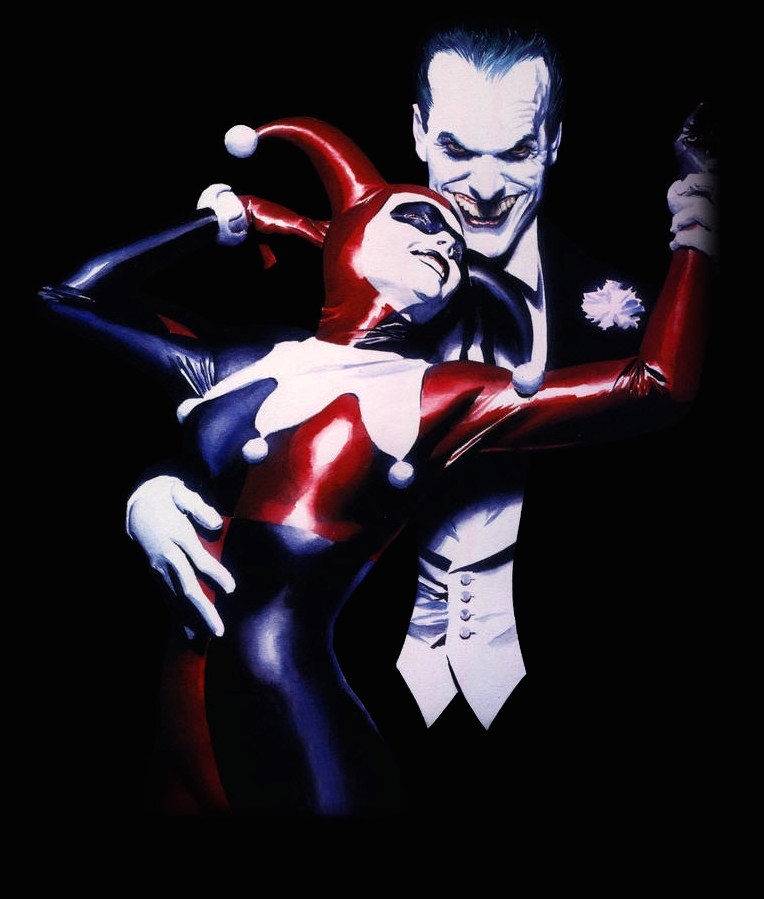 Another story told by the Joker, this one involved Harley Quinn. Like the previous story, its veracity couldn't be trusted. But whoever makes the origin movie could borrow certain elements (we hope it isn’t The Hangover director, Todd Philips).

The Joker narrated Harley and Joker during his first meetings with Harley, who hoped she could cure his insanity. Obviously, he was just manipulating her when he said his father was abusive and only laughed when they went to the circus and saw the clowns.

Maybe the movie should tell this story, just to make a statement about the character's manipulative powers. 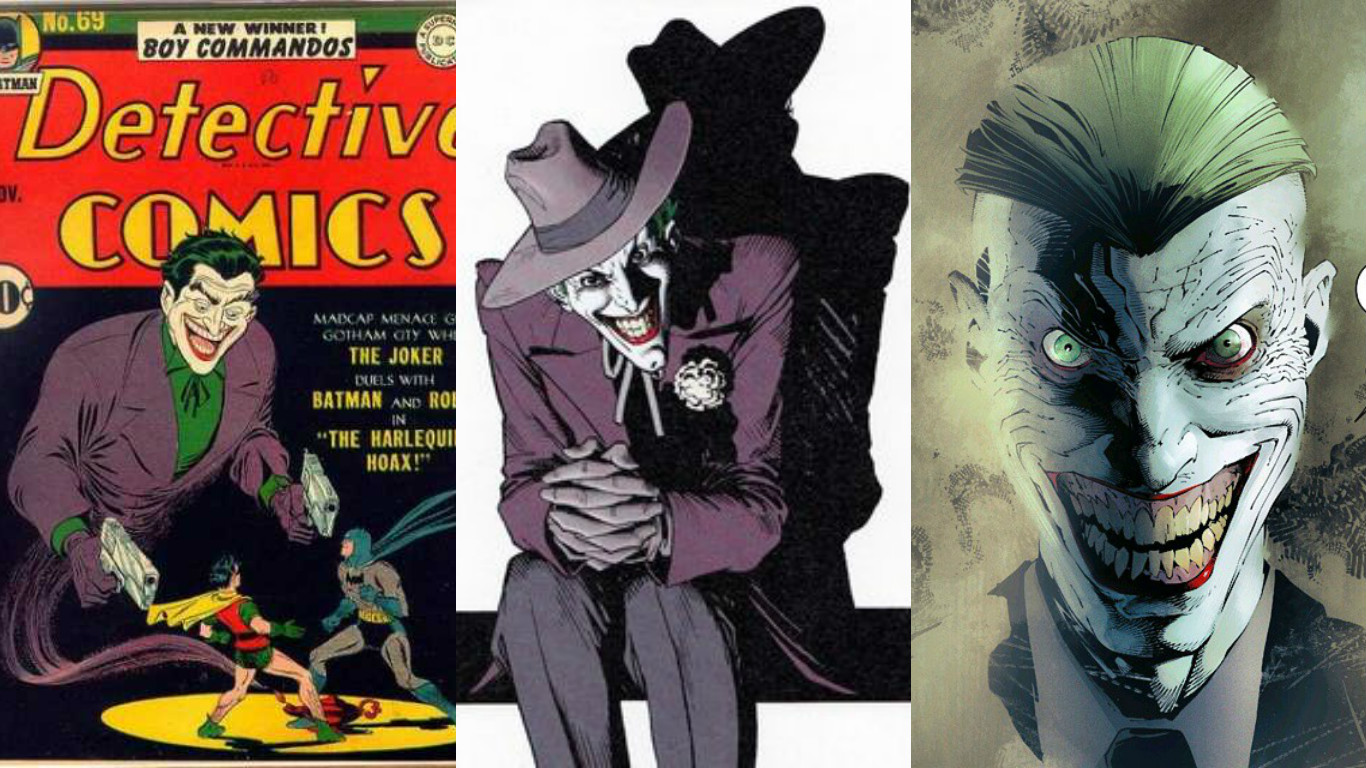 Things are getting interesting here, but in a way that would be difficult to translate to film. However, we have to mention this story, since it would help us make sense of the two cinematic universes that Warner Bros. is trying to build.

We say that there are only two, even if we assume that Flashpoint will introduce a different timeline in which Martha Wayne would be the Joker.

This wasn't really an origin story, but rather an opportunity to present a multiverse. Sure, the Mobius Chair should be introduced, but it would be hard to do, given the fact that the movie will be grounded. But this Three Jokers story could serve as a metaphor.

Or it could mean that The Joker had multiple personalities, which sounds great to us! 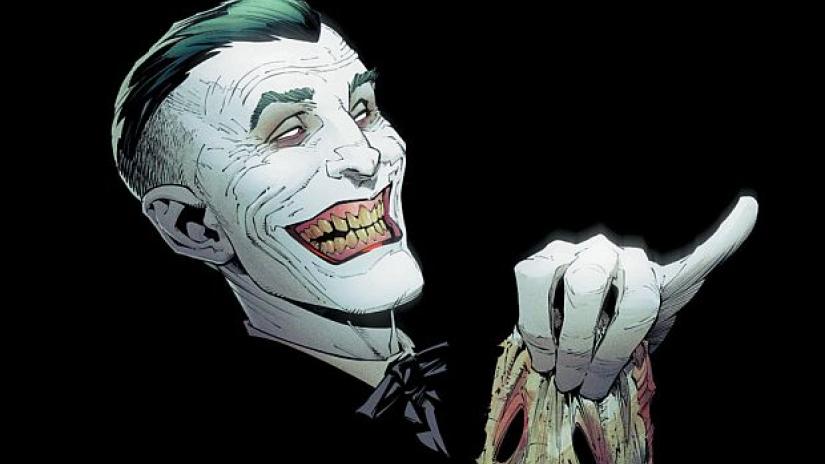 And then we have another story that showed how great The Joker was, and to what lengths he would go to mess with The Batman. Endgame explained how he was able to survive his many encounters with the Dark Knight, and how he managed to come back every time, despite being repeatedly beaten senseless.

So what if he were actually an immortal who used to be a regular human until he came into contact with a particular substance from the Lazarus Pit? What if this immortal being emerged in Gotham time and time again, whenever the city was tested by catastrophic events and other (even manmade) disasters? This could work brilliantly, even if the movie were to remain grounded.

Who said we couldn't have a story about immortals that wasn't far-fetched? Especially if we treated immortality like a metaphor, as Batman Begins did. 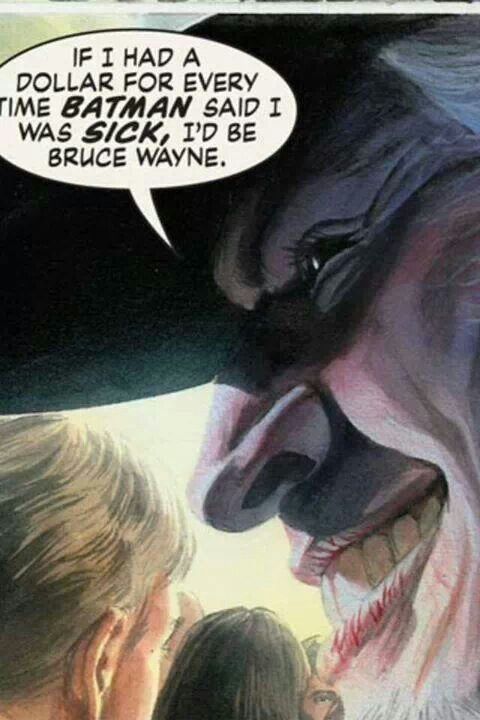 Lastly, we have a theory that has bugged fans for quite some time. It explained why Batman wouldn't kill the Joker, no matter what the latter did. What if there were an actual blood connection between Bruce Wayne and his nemesis? What if the Joker were actually Thomas Wayne Jr., the hero’s older brother who presumably died of a head injury as an infant?

This was just a theory, and DC Comics hasn't even tried to approach it. But it could be a stroke of genius if whoever ends up making the origin film decided to address it (and we still hope that it isn't the Hangover guy.)

What do you think? Are there other origin stories that should be taken into consideration for this film? 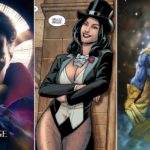 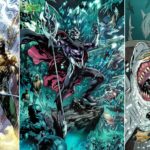