Every once in a while, comic books need to shake things up. They need to throw a beloved character into an insane situation in order to keep things fresh or tell a story that would be impossible otherwise. Sometimes, they don't work out, but others? Well those are the times you get amazing and crazy-pants situations like"¦ 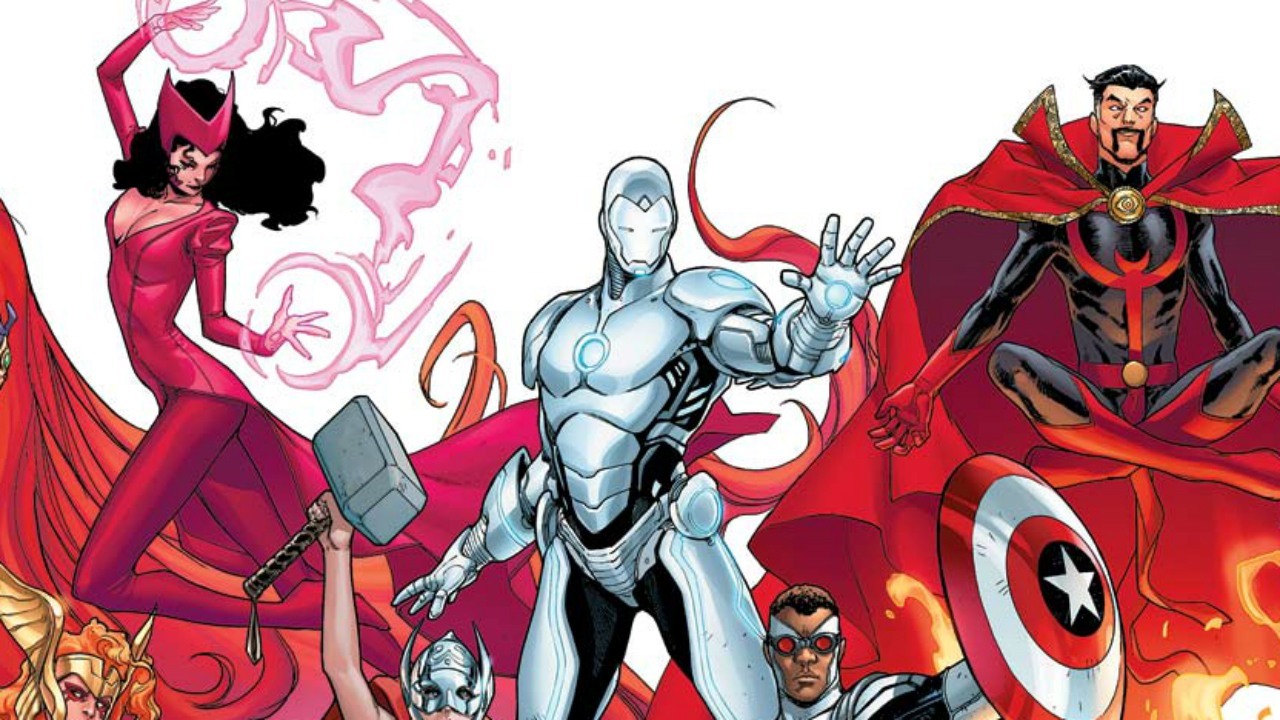 So about a few years ago, Marvel had a big fun event called "Axis" where all the heroes became temporarily evil and all the villains became temporarily heroic. Essentially, everyone got flip-turned upside down and then had a big crazy punch-up. But at the end of the story, not everyone got changed back. One of those left topsy-turvy was Tony Stark, who became an immoral money-grubbing tycoon. But, like, more so than normal.

Let's just say Tony steered hard into the curve of villainy, literally building himself a symbiote-infused armor and a drugs and alcohol-fueled paradise island in San Francisco. But his most evil action, one that rivals anything Dr. Doom has ever done was Extremis 3.0. Extremis 3.0 was an iPhone app given free to the citizens of San Francisco that allowed them to augment their appearances to their liking. But it wasn't free forever. After the one-week free trial, the price to stay pretty went up to 100 bucks a day netting Stark a fortune overnight.

And I know you may be wondering "How does an app give people the power to change their appearance?" And the answer is simple: it doesn't. The app just activates it, Tony actually secretly drugged all of SF with Extremis through the water supply. 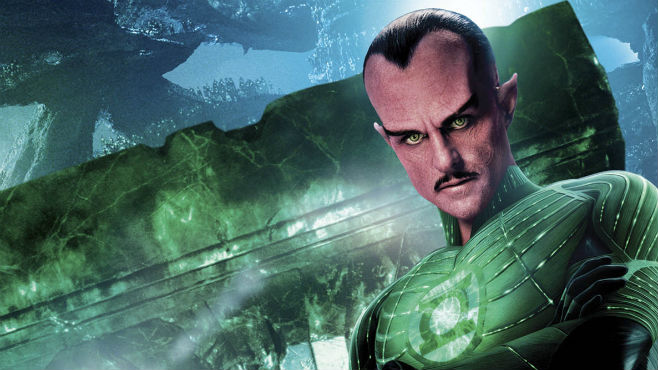 The point is that during DC's New 52 reboot, Sinestro was re-inducted into the Green Lantern Corps in Hal Jordan's spot. You may recognize this as being just the worst of ideas. And you know who else did? Sinestro. This created a pretty enjoyable dynamic, with Sinestro and Hal playing the part of resigned buddy cops just trying to get the job done without having to deal with the other too much. Also, we get to watch Sinestro's old allies get weirded out by his new choice of ring and attire which makes me smile every time.

After saving the world on live television, Norman "The Green Goblin" Osborn became a national hero. He was put in charge of S.H.I.E.L.D. (which he renamed H.A.M.M.E.R. because he's a super villain and that's just what you do) and most importantly, he was given the go ahead to form an Avengers team. So did he draft legitimate super heroes? Nope! He grabbed a bunch of supervillains, let them cosplay as superheroes, and sent them out into the world.

Because that could never turn out badly at all ever. Yeah, Norman? Maybe dressing Venom up like Spider-Man and letting him just run around free could result in some negative consequences. Or maybe Bullseye shouldn't get to be Hawkeye, even if they both share the second syllables of their names. Oh and he capped off the whole stunt by getting himself a star-spangled Iron Man suit and naming himself The Iron Patriot which is the perfect blend of pandering and evil. 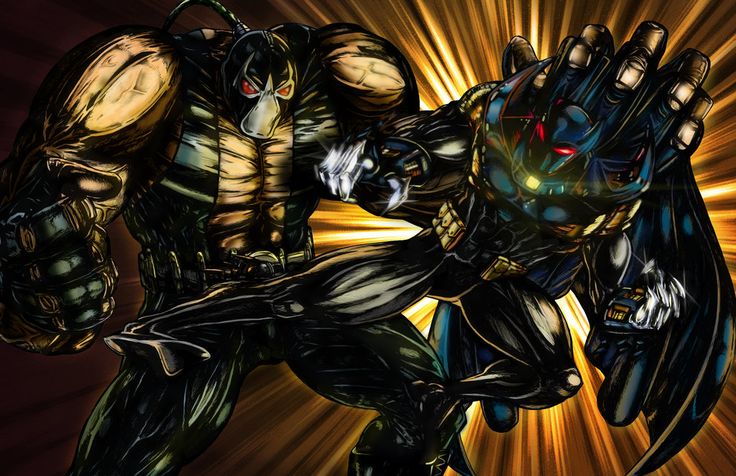 See that monstrosity of spikes and "˜90s-ness? Would you believe it's from a storyline that's actually good?  "Knightfall", a storyline that ran through the Batman books in the mid-nineties, started with a bang. In the opening act, a brand new villain calling himself Bane took Bruce Wayne and shattered his spine, leaving him unable to continue Batman-ing. While he recovered, Bruce left the mantle of Batman to Jean-Paul Valley, AKA Azrael. Valley was a cult-indoctrinated vigilante who Bruce had mentored and help along the path to recovery.

Azrael became the Batman the "˜90s thought they wanted: Spikey, armored, and not afraid to kill bad guys. But as he descended into madness, Bruce returned to reclaim his mantle. What ensued was a fantastic battle of classic vs. new-school as Bruce staunchly refused to cross the line in the sand while Valley happily skipped rope over it. The reason I love Valley's tenure as the Dark Knight is because it perfectly illustrates why Bruce Wayne still works. Batman doesn't need to be "edgy", he's the goshdarn Batman. And while Valley was a fun change of pace, it's always nice to get back to basics. 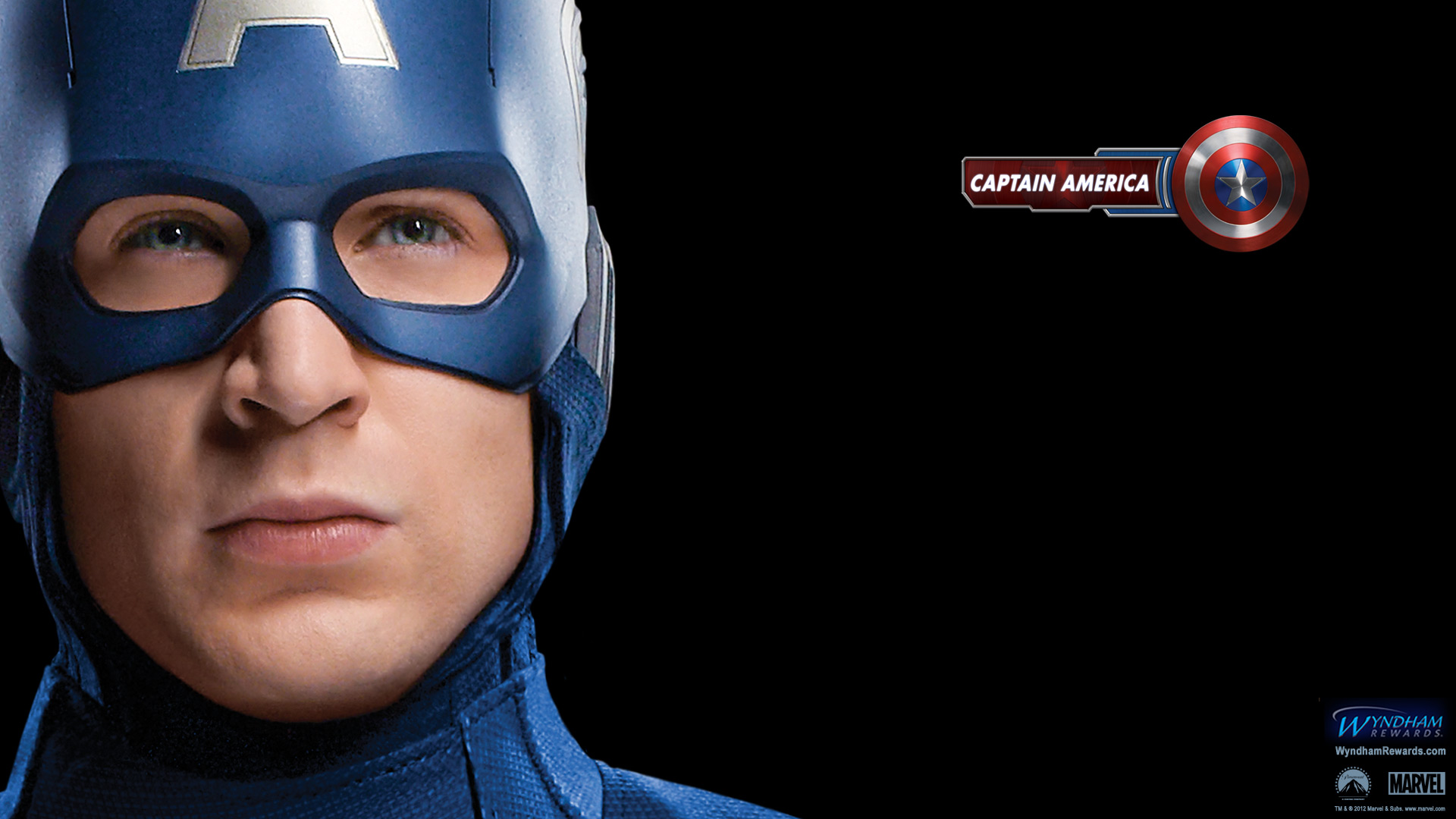 When Steve refused to comply, the government replaced him with Walker, leaving Steve to take up a new identity as "The Captain", a name which increases in stupidity the farther one gets from a boat. As Walker grew more and more gung-ho, Steve came into his own as a hero. By the end, Steve and John faced off with the Red Skull, who was at that time living in a cloned Steve Rogers body. So basically, this climax is three dudes who look A LOT alike punching each other. 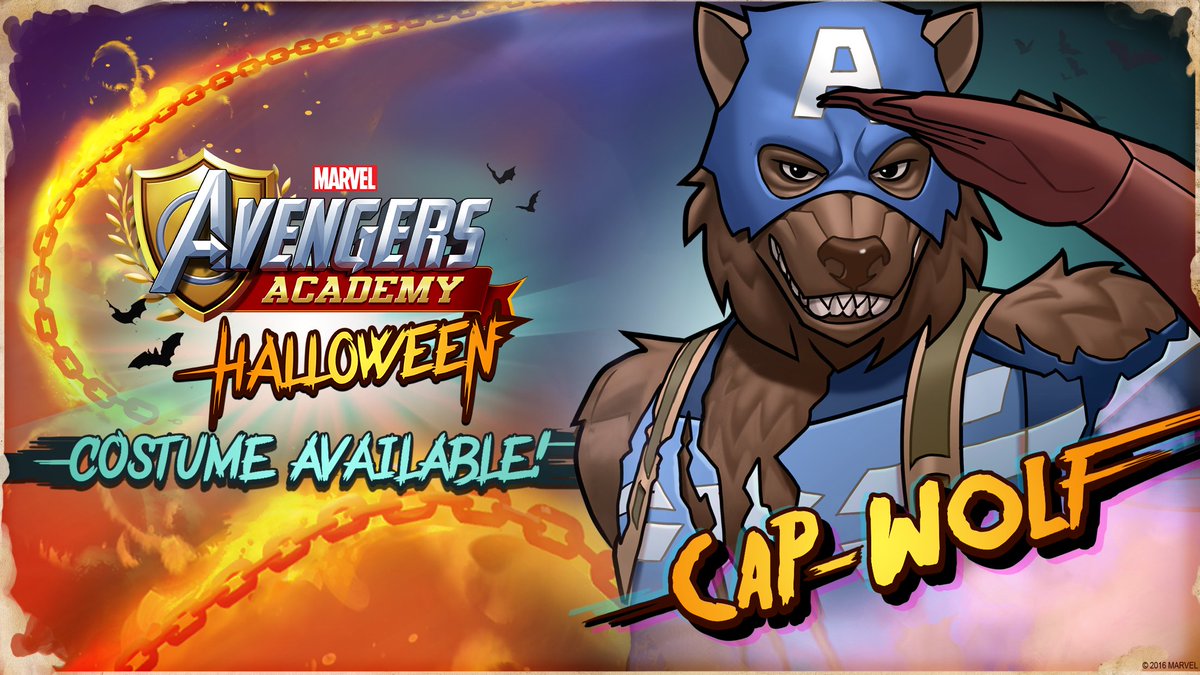 Captain America was once a werewolf. Called Capwolf. I don't think there is anything I can say that will be better than that bit of information. I could talk about how he was turned by the "queen of the werewolves" (a self-appointed title, I imagine) or about how he kicked Wolverine's butt literally single handedly, but c'mon. You don't care. You're still focused on that picture of Captain America as a werewolf. I'll still be here when you're done laughing at how dumb he looks. Ok, ready? Great. Now we can move on. 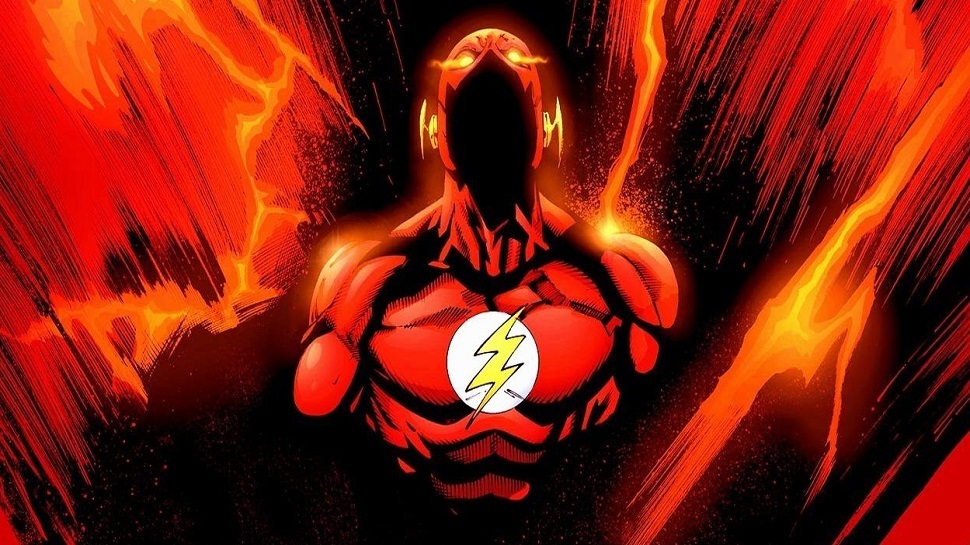 If we're breaking down the list of comic book characters I love, The Flash would be cemented near the top. It doesn't matter whether we're talking about Barry, Wally, Jay, or Bart, I love all the Scarlet Speedsters. But today, we're talking about a different Flash. During Wally West's tenure as The Flash, he disappeared in a flash of light during a fight like he hit 88 mph and was replaced by a mysterious new Flash in a costume I actually think is pretty cool looking. This new, angrier Flash refused to unmask for Wally's friends and teammates and just seemed content to take his place on the JLA and the Titans.

When pressed, he revealed his true identity to be"¦ Walter West, an older, battle-scared Flash from an alternate universe. Walter eventually found love and redemption with the help of Wally once he returned, but he eventually had to return to his own universe. The final issue of the Dark Flash saga still gets me choked up to this day, and the final page is a killer. It just goes to show that redemption is within the reach of anyone. And also that red and silver look just like, so cool on a supersuit, you guys. 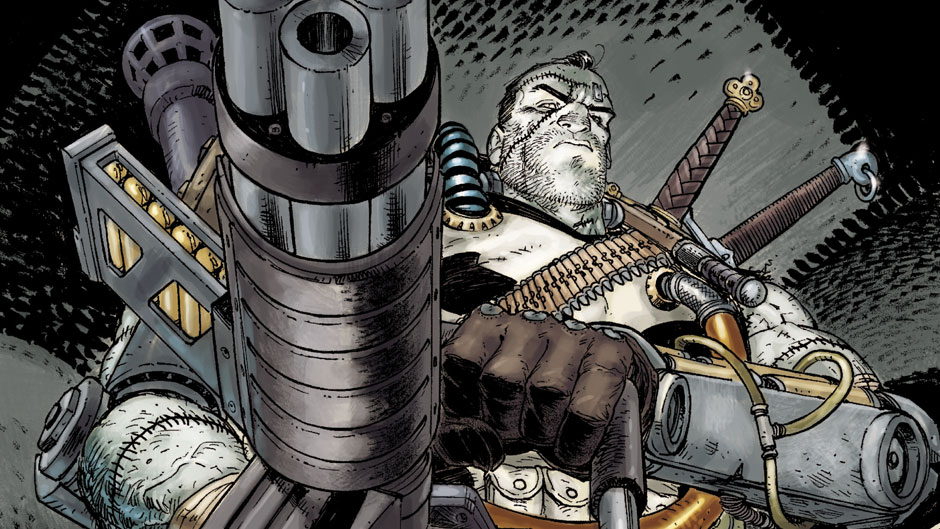 Yes, that IS a Frankenstein Monster made out of The Punisher. We will get to why in a second, have patience. Remember like, five entries ago when I mentioned Norman Osborn being in charge of everything? Yeah, well to ensure he stayed that way, he had the Punisher chopped up into little pieces and thrown into the sewer which is not a bad strategy as far as supervillain plans go.

Unfortunately for him, former Spider-Man villain Morbius the living vampire found those pieces and rebuilt The Punisher. They did have the technology, after all. For a time, Frank Castle tried to live underground with his monster brethren, including Werewolf by Night, the Living Mummy, and a priest who was also a lava man because comic books are just so awesome.

Eventually, however, Castle needed his revenge and took his legion of monsters above ground. A team who also included Man-Thing the swamp monster because why not?  This is one of those stories that people forget exist, but they shouldn't because IT IS A STORY ABOUT THE PUNISHER TURNING INTO A FRANKENSTEIN MONSTER AND WHY WOULD ANYONE NOT WANT THAT?! 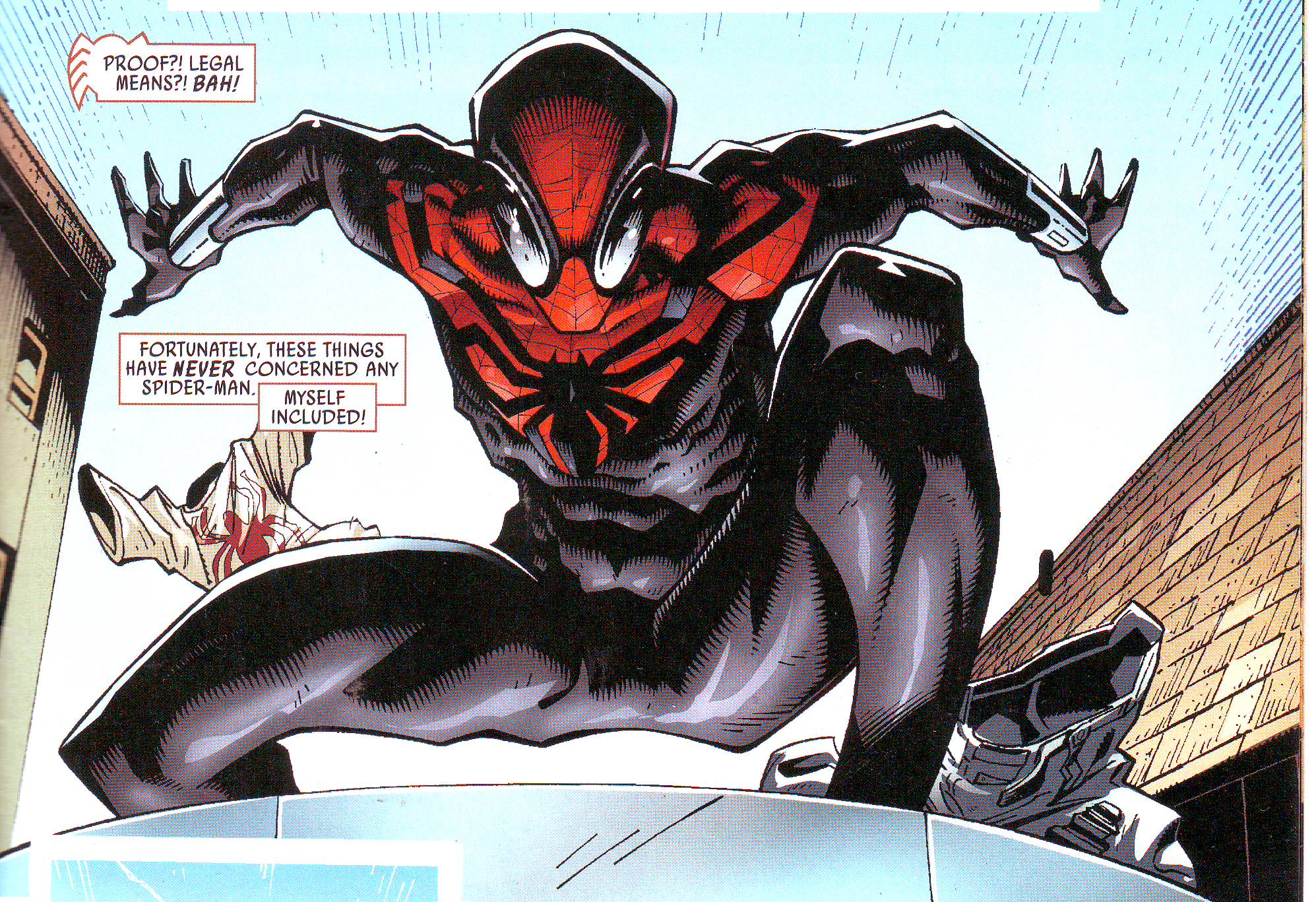 It seems that two themes of this list are redemption and supervillains cosplaying as their nemesis. Guess it was only a matter of time before those two came together into one storyline. Dying of injuries developed from years of massive head trauma, Dr. Octopus came up with one final plan: pull a "Freaky Friday" and swap his mind with Spider-Man's. It worked, and when Peter Parker's mind died inside Octavius's body, he convinced the good doctor to use his new shot at life for good. Ock did, and became a much more brutal Spider-Man, using force and rage to get the job done while still masquerading as Parker in his daily life.

However, even when he started recruiting henchmen and built three mechanical arms onto the frickin' Spider-Suit, NO ONE NOTICED ANYTHING WAS AMISS!! I'm not sure if that says bad things about Peter's friends and family for not noticing, or Peter for being the kind of guy for whom suddenly acting like a jerk wasn't extremely out of the ordinary.

Octavius brought an air of arrogance to the book, but then again it was called the Superior Spider-Man, so that shoulda been a tip off right there. When the series started, there was a large outcry of fan outrage, but as the book progressed it mellowed. That can not be said of our next storyline"¦ 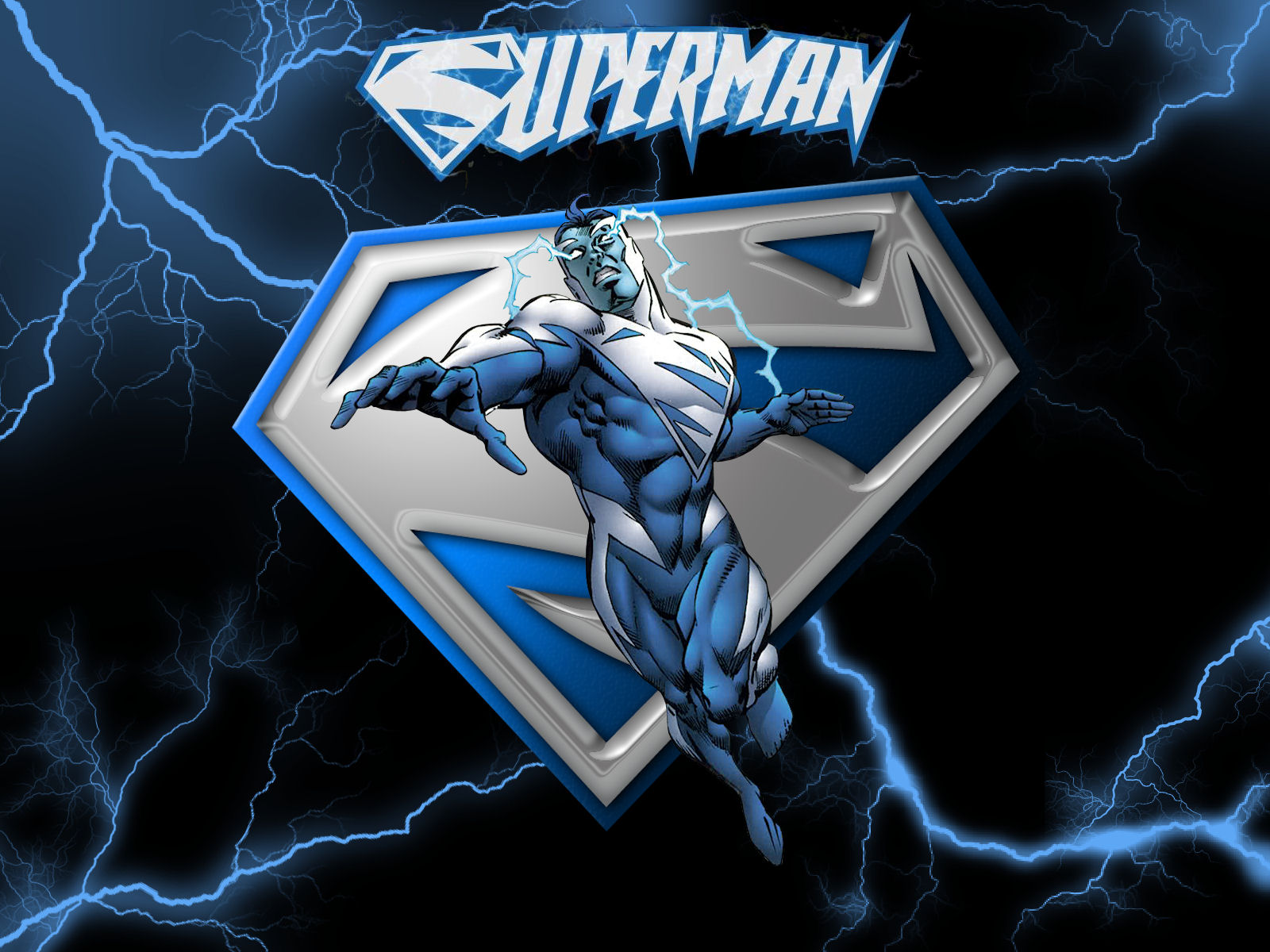 Which is why those people are going to be mad right now because I LOVE Electric Superman very much.

During a period in the late nineties, Superman went through a mysterious change. Instead of his regular powers, he developed electricity and energy based powers so intense that it required him to don a containment suit. Superman had to figure out his new powers and do his job effectively without the strength and invincibility he'd gotten used to.

Writers are always complaining that "Superman is too powerful" and, while I disagree, this is the solution to that problem. The story goes to show that it isn't the powers that make Superman who he is, it's the man underneath. It also places the character in a unique position, with Clark put in a state where he actually has to figure things out on his own. Also, halfway through, Superman splits into TWO different people, Superman Red and Superman Blue and I love it maybe even more than I did before. Color coded lightning based Supermen might be the best description of why I read comic books that I ever could have typed out. It's just so fantastic.

And there ya go, ladies and gents, my list of all the different weird changes to famous comic book characters. And I didn't even mention that time Spider-Man turned into a literal spider-person. 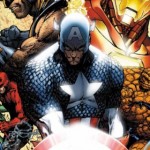 Why ‘Civil War’ Is Secretly A Terrible Comic Book
Next Post 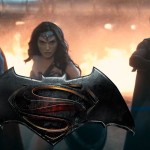