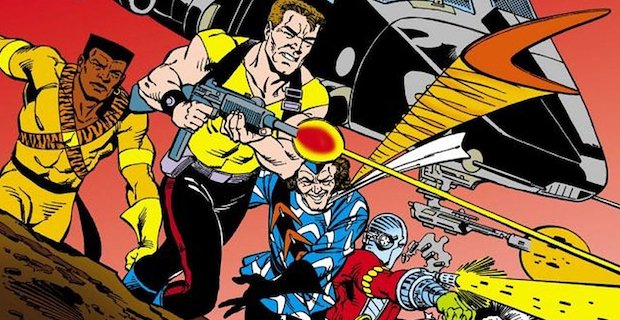 With a movie coming up, I thought I'd dig deep into the Suicide Squad's roster of lovable characters. Supervillains commuting their sentences via dangerous missions from which some never return.

It is worth a mention, though, that my own personal experience with the Squad comes mostly from the original series and the spiritual successor Secret Six, so if you're looking for recent additions to the team, like Black Manta or Harley Quinn, you're gonna have to check someone else's list. Not saying I don't like those characters, but when I think of Suicide Squad cast members I tend to think of characters like"¦ 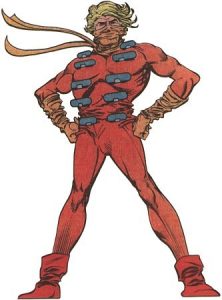 Cluemaster hails from the second Suicide Squad team (or the third, if you count the unrelated WWII version), which began as a revitalization of the Injustice League used in the Justice League International years. Alongside villains Major Disaster, Clock King, and Big Sir, Cluemaster went in on a mission, only to find himself shot multiple times in the chest and sent to a hospital. You know, like most Suicide Squad team members.

Poor Cluemaster wanted to do good, however, mostly for his daughter, Stephanie Brown. If that name sounds familiar to you, it's because it belongs to Spoiler/Robin/my favorite Batgirl.

Arthur Brown was a failed game show host who turned to crime. In his first appearance, he tried to find Batman's secret identity, but was tripped up by his internal compulsion to leave clues behind, kinda like the Riddler. He spent a lot of time in and out of Blackgate before becoming an also-ran Batman villain. But poor Arthur continued to commit crimes and occasionally murder, only to be stopped half the time by his teenage daughter.

He's kind of a loser, but that's why I love him. He would've made a great regular addition to the Squad, it's only a shame he didn't last longer. 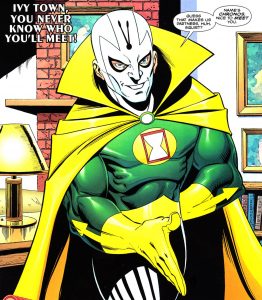 Chronos started off as another gimmick-y villain. David Clinton used timepiece-themed weapons and death traps to steal, before The Atom kicked his butt a whole bunch and sent him to jail. David eventually developed a means of time manipulation, which should have been an obvious step from the beginning, but it took him WAY too long to come up with it.

While in prison, he was dispatched on a Suicide Squad mission to stop a crazed racist vigilante named (and this is true) William Hell. Chronos was essential in defeating Hell, due mainly to his limited time dilation ability. Of course, Chronos is one of those characters who was barely in the Squad for any length of time, but his very nature as a forgettable villain used as a kickass covert agent makes him the typical Suicide Squad success story.

Plus he fought a guy named WILLIAM HELL. THAT IS AMAZING. WHY ISN'T WILLIAM HELL GUEST STARRING IN BATMAN V. SUPERMAN?! I would one hundred percent rather see a William Hell guest appearance than a Doomsday one. No part of that sentence is a joke.

Wait, I was supposed to be talking about Chronos, wasn't I? Chronos is cool. There. 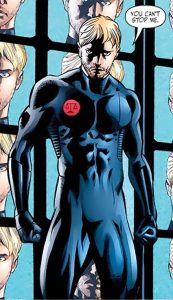 Not every member of the Suicide Squad was a criminal. But as far as secret agents on the Squad are concerned, I always preferred Nemesis to Rick Flagg.

Admittedly, part of that's because of Nemesis' role in Jody Piccoult's great Wonder Woman run, but Tom Tresser was a wonderful Squaddie, as well.

A master of disguise and combat, Nemesis is best known for constantly appearing to die, and then just popping up again later on perfectly fine. It takes some real guts to work alongside the Suicide Squad when you aren't evading a prison sentence, and Tresser had those guts, for certain. Tom's the kinda guy who would, and did, drop into Soviet Russia because that’s the mission.

Also, he dated Wonder Woman for a time. So, thumbs up on that one, Tom. Try not to get killed again. 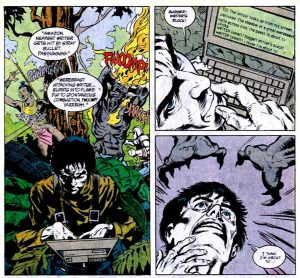 Grant Morrison is easily one of the best comic book writers of our time. Between his JLA run, which includes the spellbinding World War III, and his work on All-Star Superman, there is very little he's written that I don't like. Also, I recommend his book Supergods to anyone with even a passing interest in superhero comics.

But why am I talking about a random comic book writer? Why, because he was a Suicide Squad member, as well!

You see, at the end of Morrison's run on Animal Man, the title character breaks the fourth wall and goes to meet Morriison himself. Suicide Squad writers John Ostrander and Kim Yale took note of that and in Suicide Squad #58, Morrison appears in a lineup of new Squaddies, explaining that once he wrote himself into Animal Man, he became trapped in the DCU as a fictional character.

Morrison's ability is to type out what is about to happen in script form on a laptop, unless the story's actual writers overrule him. He charges straight into battle with the rest of the Squad, lasting four pages before he gets writer's block and is disemboweled by a werebeast. Everything about this series of events is A: hilarious and B: so meta that Morrison himself couldn't have done a better job. 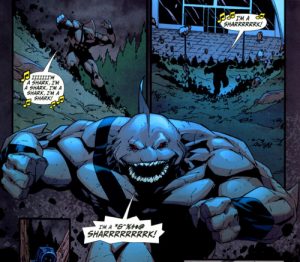 King Shark is A-mazing. Yes, he's a recent Squad member but he also popped up a ton in the amazing spiritual sequel to Suicide Squad, Secret Six. In which he has the BEST dialogue and running gag.

Poor King Shark is a regenerator, which means he gets limbs torn off on the regular. Arms, legs, whatever. If you can think of it, King Shark's had it horribly ripped from his body, only for it to slowly grow back as an adorable baby-limb.

Nanaue (yes, that's his real name) was born as the son of the King of All Sharks (who might actually be better-named than William Hell; I'm not sure yet). He was initially inducted to the Squad on a one-off mission with Superboy, but when DC rebooted, he was placed on the team as the heavyweight, a role the film filled instead with Killer Croc.

But Killer Croc is not a shark, nor does he announce the fact that he is a shark with aplomb. Nor has he ever shouted the phrase "Jaws 7, even more revenge!!" – hence, this is why King Shark is on this list and Killer Croc ain't. 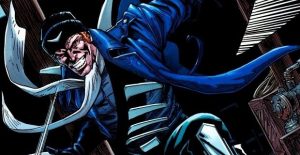 Shut up, Captain Boomerang is awesome.

Yeah, I said it. He once tied Flash to a giant boomerang with the aim of shooting him into space, hoping the boomerang would eventually come back and land in the ocean. That's amazing. Denying the greatness of someone like Captain Boomerang is to deny decades of great comic books.

Boomerang is a great example of a silver age villain turned into a real character by the bronze age Suicide Squad comics. George Harkness started supervillaining when his career as a mascot for a boomerang toy company failed. That is one hundred percent true. After a long time as a mid-tier Flash villain, Harkness found his place as the vaguely racist annoying comic relief of the Squad. But every team needs one of those.

When I broke down Identity Crisis, I didn't really talk about Captain Boomerang, but I feel that killing him off in the manner they did was incredibly disrespectful for the era of comics he represents. Plus, c'mon, giant boomerang? How do you not like that? 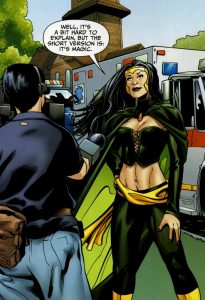 June Moon, alias The Enchantress, is the wild card of the Suicide Squad.

Originally nicknamed the Switcharoo-Witcharoo, which is yet another name to add to the "greatest names of all time" competition I've apparently been accidentally putting together while making this list, June's thing was that the more power she expended, the more she risked tiptoeing over the line into crazy town.

June was the big asset in the early run of the original Suicide Squad series, but there was always the chance she'd go completely nutterbutters insane. The way the original Squad dealt with this was by assigning Deadshot to if she goes crazy, shoot her in the head a whole bunch duty.

June is one of the Squad members picked for the upcoming film, and with her role as magical powerhouse and all around force to be reckoned with, it's easy to see why. Although it's really disappointing that she doesn't still go by Switcharoo-Witcharoo. 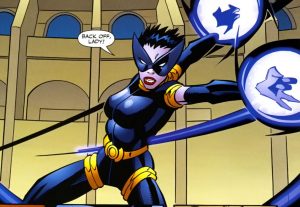 Unlike most of the team, Nightshade had a pretty strong moral compass that was damaged by her time in the squad. After taking on more than a few emotionally and mentally scarring missions, Nightshade (aka Eve Eden) took on a more hands-off approach, favoring an advisory role with the team.

Serving half the time as the Squad's moral center put a lot of pressure on Nightshade, but even so, she stayed on the team for pretty much the entire original run. 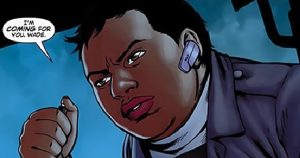 Okay, so Amanda Waller might not technically be a Suicide Squad "member" but it would be ridiculous to make a list of the best Suicide Squad characters and leave her off.

Waller is the Suicide Squad's most constant presence throughout all its many incarnations. I mean, come on, Waller is one of the few people to get the better of Batman; that should certify her as one of the most badass of DC characters.

The authoritarian figure who dispatches the Squad on missions, Waller was not averse to committing some truly morally questionable actions to get the job done. Dual headmistress of Checkmate and the Suicide Squad, Waller was adept at managing black ops task forces with questionable survivability rates.

With each Suicide Squad revitalization, Waller is always there, waiting, watching, even if the Squad doesn't exactly know they're being watched. She is The Wall, and no Squaddie escapes her reach or influence. 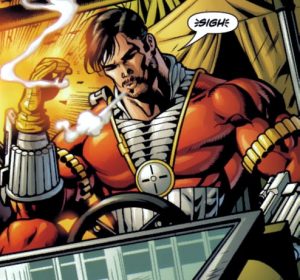 Come on, who else would've been placed here?

Deadshot is THE most iconic figure on the Squad, having been there since issue one. Before Suicide Squad, Floyd Lawton was a Batman villain with something like two appearances in total, only one of which was in his memorable costume. After Suicide Squad and its spiritual successor Secret Six, Deadshot is a memorable and classic villain, and an anti-hero in his own right.

Hell, I spent twenty dollars on Legos just because it came with a little Lego Deadshot. Floyd is a character shaped by tragedy. The unhealthy environment he grew up in plus the horrifying death of his son turned him into a man unafraid of death.

As a result, Deadshot exhibits a snarky air of disdain for everything around him, preferring to pick targets off from a distance rather than let anyone get in close. Floyd Lawton is an intensely compelling character with pitch-perfect visual design, and that's really my bread and butter, as far as comic book characters go.

And there you have it, my favorite characters to ever be on the Suicide Squad. If your favorite Squaddie didn't make the list, trust that it's only because there were so many great characters to choose from. Hope none of them gets killed mid-mission! 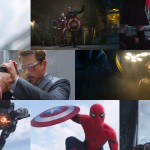 Civil War - What We Know after the Second Trailer
Next Post 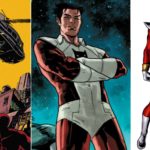