The Arrowverse is expanding just a little bit more as The CW has ordered a new show, Superman & Lois. As reported by The Wrap, Tyler Hoechlin’s Man of Steel and Elizabeth Tulloch’s Lois Lane are set to star in their own show. It had previously been revealed that the series was in development, but it will at least be getting a full season with the network’s recent commitment.

Hoechlin and Tulloch have both appeared in the Arrowverse previously. Hoechlin got his start playing Superman on Supergirl, which Tulloch making her debut later on. Both actors appeared in the recent Crisis on Infinite Earths crossover event. The network provided a brief synopsis for Superman & Lois, which reads as follows.

“The world’s most famous superhero (Hoechlin) and comic books’ most famous journalist (Tulloch) deal with all the stress, pressures and complexities that come with being working parents in today’s society.”

The Flash showrunner Todd Helbing is set to write and executive produce the series. Greg Berlanti, the chief architect of the Arrowverse, will also produce alongside Sarah Schechter, Geoff Johns, the prolific comic book writer turned producer. There is no word yet on when the show would possibly debut, but we could see it as part of the network’s fall lineup in late 2020, if all goes well.

The CW is ending Arrow after this season and they’re looking to make sure they have a full slate of DC shows on the air for years to come. Batwoman debuted in 2019 as well. Additionally, the network is developing a possible Arrow spin-off, but it’s doubtful both shows would move forward. It will be interesting to see how that plays out.

“It’s an incredibly humbling and flattering thing to be given that opportunity. I know it’s such an iconic character that means so much to a lot of people,” Hoechlin said in an interview with Collider back in 2016. “The interesting thing to me is meeting people who are much older than me and saying, ‘Oh Superman has always been my hero’ and shaking my hand, it’s such a weird position to be in because you’re not just assuming that this is a character for a younger generation, it’s for anyone who’s a fan of the character. It’s really exciting, I’m really looking forward to be putting our own spin on it, seeing where this character fits into this storyline, and this version of Superman. Like I said, I take it with great respect for the character and hat it means to people so I’m excited to get to work on it and see what comes out of it.”

The CW previously dealt with Superman on the small screen in Smallville, which starred Tom Welling and ran for ten seasons. Elsewhere, Dean Cain and Terri Hatcher starred in Lois & Clark: The New Adventures of Superman in the 90s.

So what do you think? Are you excited for Superman & Lois? Do you think this is the right move for The CW? Join in on the conversation over on Facebook or Twitter! 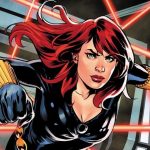 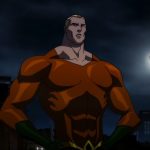