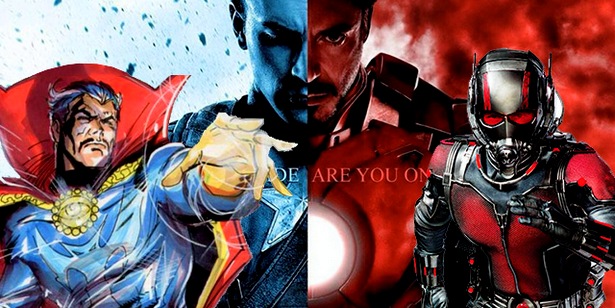 And while the closest cinematic event helmed by Marvel remains the release of Age of Ultron (May 1st, 2015), preceded by the epic Marvel movie marathon, you must be at least vaguely curious about what's going to happen after the second installment of The Avengers.

JoBlo has graced the web with quite a bit of details about the said titles. If you relied on them in the past, you can do that again now. Learn the latest about Captain America: Civil War, Ant-Man and Doctor Strange.

A spoilers warning should be issued. If what they say is true, proceed carefully if you don't want your live cinematic experience to be, well, lessened.

Ant-Man's fights and The Wasp

First things first. And-Man. We have one Evangeline Lilly playing Hope Van Dyne. We know that. What JoBlo claims is they know when she becomes The Wasp.

So, when will that happen?

Their sources indicate that her transformation will NOT take place in this installment of Ant-Man. Does that mean they'll leave it for a sequel? What's certain is The Wasp won't come out to play in this year's Ant-Man.

As to Ant-Man's bouts with Yellowjacket, it seems they'll come to blows two times in the movie. The first takes place in a suitcase. The second one - which is also the final battle - is in Scott Lang's daughter's room.

It sounds spectacular: "we’ll see both characters enlarge certain objects while they’re still shrunk, accidentally making a giant ant and, eventually, Thomas the Train, which crashes out of the bedroom, crushing a car on the street."

Civil War: taking sides, costumes and who triggers the action

The source indicates Cap will be backed up by the Black Widow, Hawkeye, and Falcon, whereas War Machine, The Vision, and Ant-Man - yes, ANT-MAN!!! - side with Iron Man.

What a shocker to hear of Ant-Man in Civil War! But there's more: "expect to see Ant-Man take on the Giant-Man form in battle".

But where does that leave the Winter Soldier, Spider-Man, Scarlet Witch and the Black Panther?

According to JoBlo, Scarlet Witch and Black Panther are "somewhere in the mix". What does that mean? Will they play Switzerland in Civil War?

As to Spider-Man, apparently no news about his involvement. In respect to Black Panther, "his role in the war isn’t one-sided as he’ll have his own agenda in the film".

The Winter Soldier, a villain in the last installment of Captain America, is somewhat at a crossroads. JoBlo doesn't list him on Cap's side, but apparently he will be consumed by a inner process: "he has the ability to be a hero, but has also been a villain".

Crossbones, who was recently confirmed for Civil War, will in fact play a major part. More exactly, "he will be the catalyst that kicks off the film, instigating an attack that causes much death and destruction, causing the government to step in and put out the Superhero Registration Act".

But that's not all about Crossbones.

Crossbones will be putting on the "coolest costume". Details: "“messier” and the skull imagery on the suit is described as “graffiti-esque.” And yes, he does indeed wear the skull mask that covers his entire face, which is said to be a hybrid mask/helmet".

As to the other costumes you'll be seeing in Civil War, well, it goes like this. "The Falcon will ["¦] be getting a costume upgrade ["¦], which will be a modified version of his Winter Soldier suit, but with grey and red colors, as per his comic origins. Captain America will be carrying over a slightly modified version of his Age of Ultron suit, and so far The Winter Soldier will look very much as he did before, long hair and all."

All that talk about costumes makes me wonder: what will Doctor Strange wear?

No surprise here, but a relief of some sorts for fans who feared the on screen version of Doctor Strange would not coincide with the canonical imagery: his costume pulls from the comic books. His attire will consist of the red cape and blue outfit, enhanced by a vest.

Dormammu will lead "an army of zealots, which is most likely the Mindless Ones that have already been rumored as well. They are described as looking humanoid but made out of stone and cut into tiny layers".

It was back in early March that James Gunn announced Marvel won't attend Comic Con this year. JoBlo confirms nothing has changed. Except that "they will still have a booth on the floor and the normal panels, just not the “big show”".

Does that mean we'll get to see some Marvel there eventually?

So, there you have it! I think the most amazing thing of this entire rundown is the fact Ant-Man will appear in Civil War. Crossbones triggering the action is also unexpected, given there's one Baron Zemo to play the villain figure.

What do you think guys? Which of these rumors are likely to stick? Have your say below, we'd love to hear your opinion! 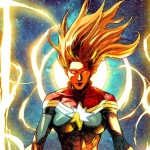 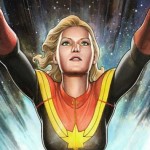