MCU: 5 Underused Characters We Need To See More Of 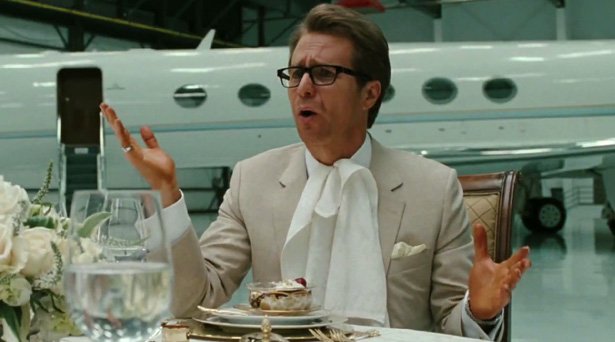 The Marvel Cinematic Universe is full of great characters – Tony Stark, Steve Rogers, Bruce Banner and Thor Odinson to name but a few – all with varying levels of prominence in terms of the size of the parts they have to play.

Of course, the main stars all get to show what they can do and have their moments in the spotlight – some even more than others (Tony Stark, we’re looking at you) – but it’s not like that for everyone.

Of course, there are plenty of characters who we already know will get their moments in the spotlight (the likes of Thanos, Brock Rumlow and Ulysses Klaue, for example), but others have been around for much longer than those guys and never truly shone or been developed as much as fans would like. This article will list five such characters. 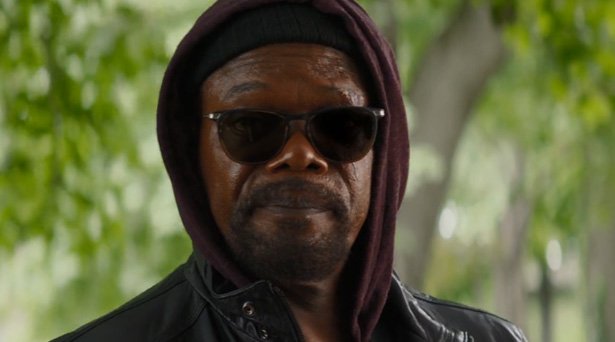 This may seem like a strange inclusion to kick things off, because Samuel L. Jackson’s Nick Fury has appeared in seven movies and a television series so far – but he hasn’t really done an awful lot. He tends to just show up, speak a bit, then disappear.

That’s probably a little harsh (he was heavily involved in bringing the Avengers together, after all) but, to explain further, he really hasn’t shown the kind of things the character is capable of in the comic books.

Fury is both a prep god and a relatively normal human who is capable of hanging with super-powered characters in battle. Thus far in the Marvel Cinematic Universe – aside from a couple of impromptu shoot-outs – he’s barely seen conflict. Even his part in helping to save the day in Avengers: Age of Ultron was explained away as being Phil Coulson’s doing in Agents of S.H.I.E.L.D.

Audiences want to see Fury kicking some serious ass and they want to see him with the kind of plans in place he is famous for in the comic books – whereby he is literally prepared for anything and has stashes of high-tech equipment tucked away in remote, obscure locations around the world (the Savage Land, for example). The fact that he inexplicably won’t be appearing in Captain America: Civil War isn’t helping matters on that front either. 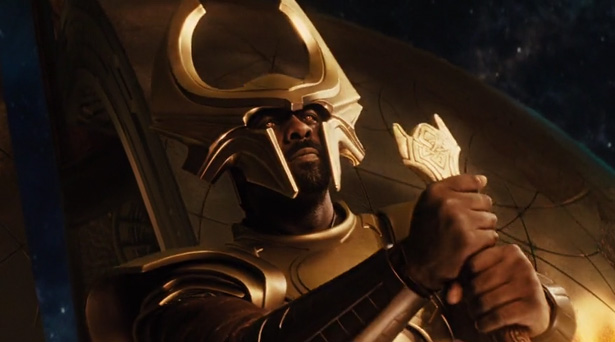 Aside from the fact that he hasn’t really seen much action, there’s a glaring reason why it’s disappointing that Heimdall has been underused in the Marvel Cinematic Universe – Idris Elba. Elba is an awesome actor and it’s really disappointing to have seen him cast as Heimdall, only to play a relatively small role in the franchise (granted, Elba might not care, as he has openly stated he doesn’t like the role, but that’s another matter).

Although he has appeared in three movies – Thor, Thor: The Dark World and Avengers: Age of Ultron (albeit as an illusion in the latter) – he hasn’t done much more than advise Thor on tactics and the whereabouts of Jane Foster as he gazes into the cosmos.

In Thor: The Dark World, he did take down a Dark Elf ship on his own – but that just shows audiences what they’re missing when he’s standing around not doing much fighting, which is what he’s doing most of the time.

The mythological version of the character (known as Heimdallr) and Loki are foretold to kill each other during the Ragnarok event, so it sounds like he could have a bigger part in the upcoming Thor movie based on it. 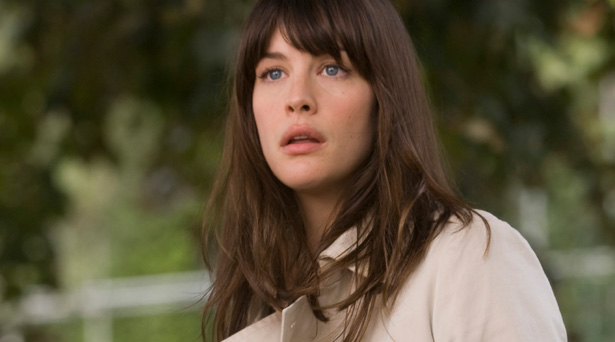 It’s fair to say that – in the comic books at least – Betty Ross is the main love interest of Bruce Banner AKA the Hulk. It’s something of a mystery then that, despite the face Banner has appeared in three films in the Marvel Cinematic Universe now, Ross has only appeared in one and hasn’t been mentioned since.

Although 2008’s The Incredible Hulk finished with Banner purposely going on the run and getting out of Ross’ life, the fact is that they were clearly in love with each other and it’s a total mystery as to why he wouldn’t have mentioned her since and why she hasn’t sought him out.

Granted, it’s not as if Liv Tyler’s interpretation of the character was particularly intriguing or compelling, but it’s one fans would definitely like to see more of – especially in terms of her relationship with Banner.

Her father – William Hurt’s General Ross – is set to make a return to the MCU imminently and that makes it extremely baffling as to why Betty isn’t. Moreover, the fact that Banner’s love interest – if anyone – looks set to be Black Widow is really rubbing salt in Betty Ross’ wounds. 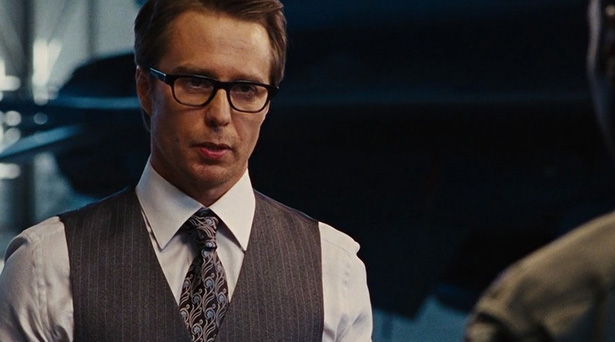 Aside from Loki and Thanos, the major antagonists in the Marvel Cinematic Universe have all been killed off or dispatched in some way almost as quickly as they’ve appeared. Justin Hammer is sadly no different.

Although he’s not dead, Sam Rockwell’s character was imprisoned following the events of Iron Man 2 and the only time he’s been seen since was ever so briefly in the Marvel One-Shot called All Hail the King.

That’s a real shame, because Rockwell did an awesome job portraying Hammer (he was funny and annoying, which means he did his job well) and it would be fun and interesting to see an ongoing business war between his company Hammer Industries and Tony Stark’s Stark Industries in the MCU.

In the comic books, Hammer Industries essentially took over the role of Stark Industries as the world’s leading weapon supplier when Tony Stark’s company stopped their involvement in that trade – it would’ve been cool to see that happen in the MCU and then see Stark and/or The Avengers deal with the inevitable repercussions of that scenario (even if it was just as a sub-plot in any given movie). 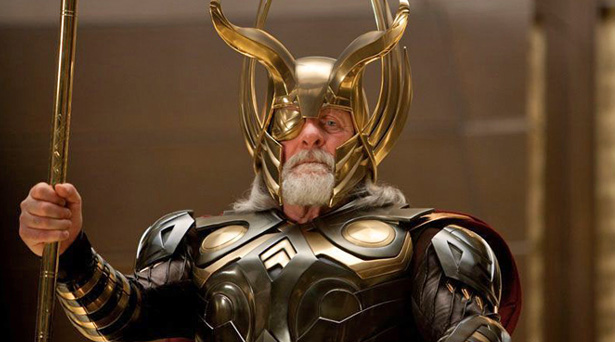 Anthony Hopkins has played a great Odin in the Marvel Cinematic Universe to date. He has appeared as the All-Father in two movies – Thor and Thor: The Dark World – and has conveyed a wise, experienced king to whom Thor looks up. He has, however, been criminally underutilised.

In the comic books, Odin is so powerful that galaxies have been destroyed as mere side effects of his one-on-one battles (versus Seth, for instance). He has beaten Thanos in combat and has even made Galactus work for a victory against him – and yet the movie version has barely got his hands dirty yet.

Granted, there has been talk of his past victories and he obviously must be powerful to be able to grant and strip Thor of his powers at will, but he’s also been usurped by his adoptive son Loki (who is considerably weaker than him in the comic books) and audiences would really like to see him unleash his true wrath on a hapless opponent.

Perhaps he will finally show exactly what he’s capable of in Thor: Ragnarok or even in the Infinity War movies - maybe even sacrificing his own life in the process. Either way, Odin’s true power has got to be conveyed in the MCU at some point.

What do you think? Should these characters have bigger parts to play? Which other MCU characters deserve to be utilised more? Have your say below. 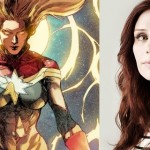 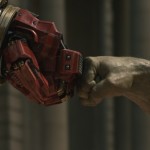