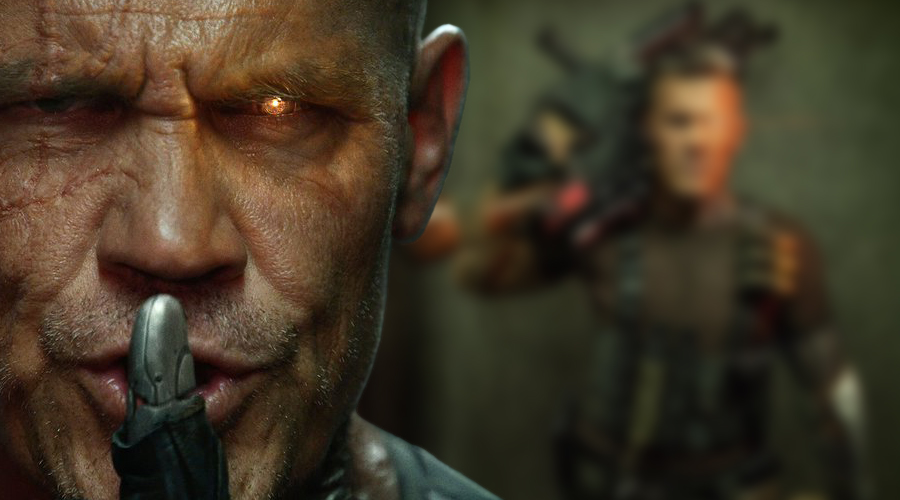 Next year, Josh Brolin will appear as iconic Marvel Comics characters Thanos (Avengers: Infinity War) and Cable (Deadpool 2). We’ve seen what he’ll look like as the Marvel Cinematic Universe's Mad Titan, but we’ve been waiting for our first official look at the time-traveling mutant son of Cyclops in 20th Century Fox's X-Men universe.

But we have good news! Last week, Ryan Reynolds shared the first promotional photos of Zazie Beetz as Domino, the other mutant to debut in Deadpool 2. This week, Reynolds shared photos via his various social media accounts of Brolin's character from David Leitch's sequel to Tim Miller's R-rated 2016 blockbuster.

The first photo is a headshot in which Cable is holding a finger up to his mouth to shush us. It offers a detailed look at his glowing left eye, silver hair, and facial scars. Reynolds’ caption:

We all have that one, grumpy, heavily armed Uncle from the future. 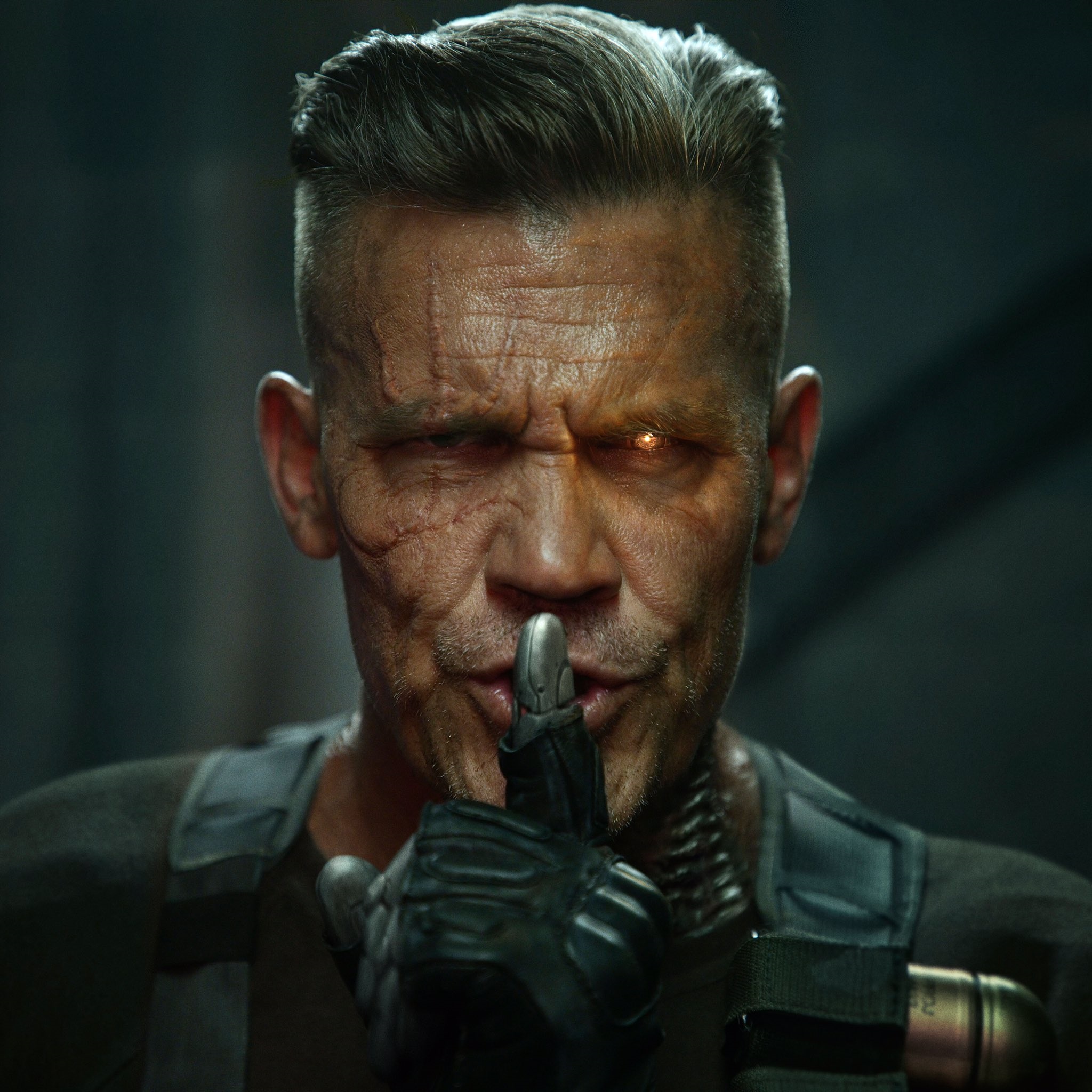 The other photo is a full-length view of the mutant, including his cybernetic left arm and techno-organic virus-affected neck. He has a machine gun slung over his right shoulder and a variety of other weapons strapped all over his body, as his comic book counterpart does.

Interestingly, he's also carrying a beat-up teddy bear, which might be a reminder of the alleged promotional photos for the original movie, in which the Merc with a Mouth was pointing a gun at a teddy bear (the background also bears a resemblance).

Here's the second photo for you! 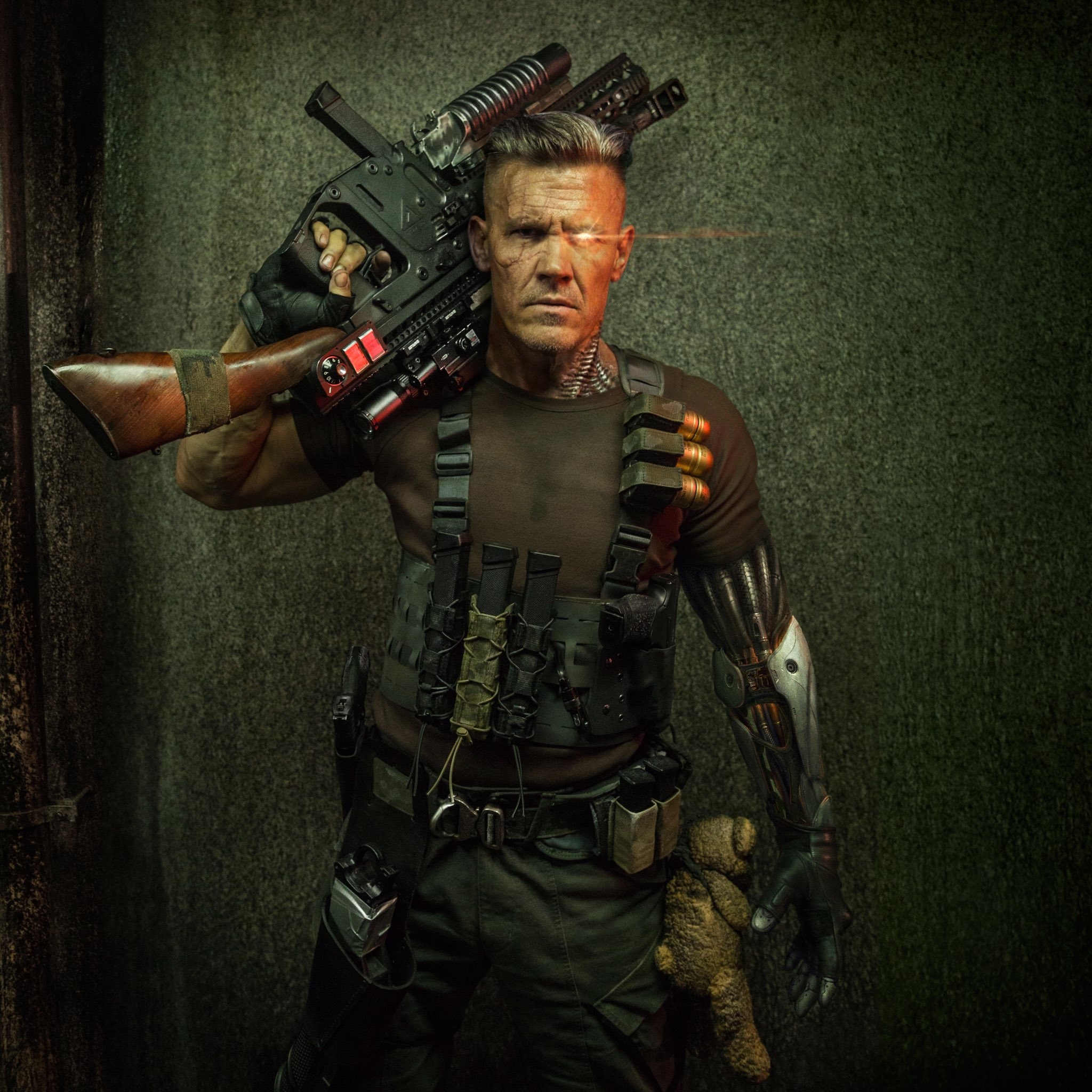 What do you think of these first shots of Cable in Deadpool 2? Share via comments, and stay tuned for the latest updates!