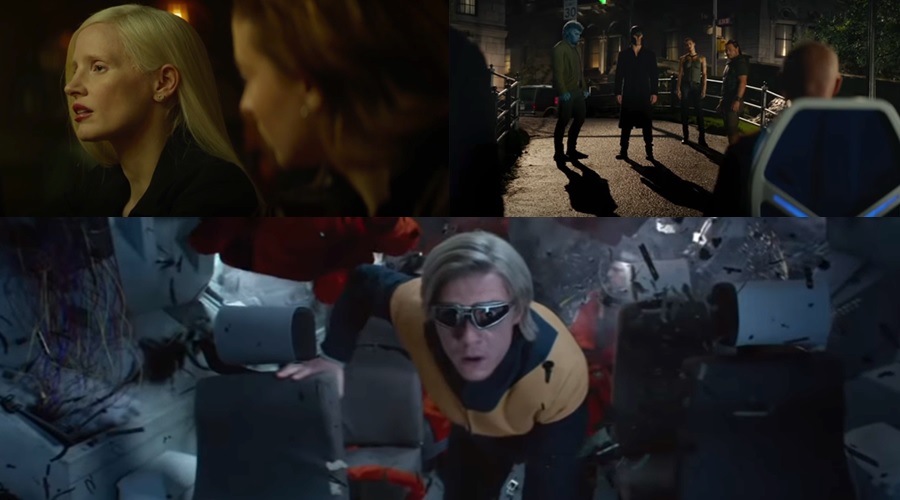 With around two weeks remaining before Dark Phoenix rolls into theaters, 20th Century Fox has dropped the three new clips from the movie.

Early projections have Dark Phoenix headed for a franchise-low opening weekend of $50 million at the domestic box office. Maybe that's what has pushed the studio to release not one or two, but three clips from the final installment of its main X-Men series in less than 24 hours. Snippets from the scenes featured in these clips were included in the official trailers, but now we are getting more contexts on each.

The most exciting of the three clips starts with Mystique briefing the mutants on a simple extraction mission to rescue some astronauts trapped in space. After Cyclops and Quicksilver make a couple of quirky remarks about the unorthodox assignment, they finally head to space. As they reach near the stranded spaceship, Jennifer Lawrence's character instructs Nightcrawler to teleport himself and Quicksilver to that spaceship. Kodi Smit-McPhee's character does what he is asked to do, and then, Evan Peters' character does what we love seeing him do. Check it out below!

The second clip centers on yet another confrontation between Professor X and Magneto. As always, James McAvoy's character is there to stop his old friend from doing something he believes isn't the right thing to do. He warns him that if they fight each other on the streets of New York, the world will see them as monsters and violent freaks. But Michael Fassbender's character responds, "The girl dies." Of course, the girl in question is none other than Jean Grey. Here's clip for you!

The last of the three Dark Phoenix clips shows Sophie Turner's character having a conversation at a bar with Jessica Chastain's mysterious alien shapeshifter who is being referred to as Smith. The latter appears to be trying to convince the former that she, and not the X-Men, can help her in dealing with her newfound, much darker powers. See it for yourself below!

During a life-threatening rescue mission in space, Jean is hit by a cosmic force that transforms her into one of the most powerful mutants of all. Wrestling with this increasingly unstable power as well as her own personal demons, Jean spirals out of control, tearing the X-Men family apart and threatening to destroy the very fabric of our planet.

What do you think about these Dark Phoenix clips? Are they any good? Share via comments and stay tuned for the latest updates!