Chris Hemsworth Made John Krasinski Realize That Captain America Role Wasn't For Him! 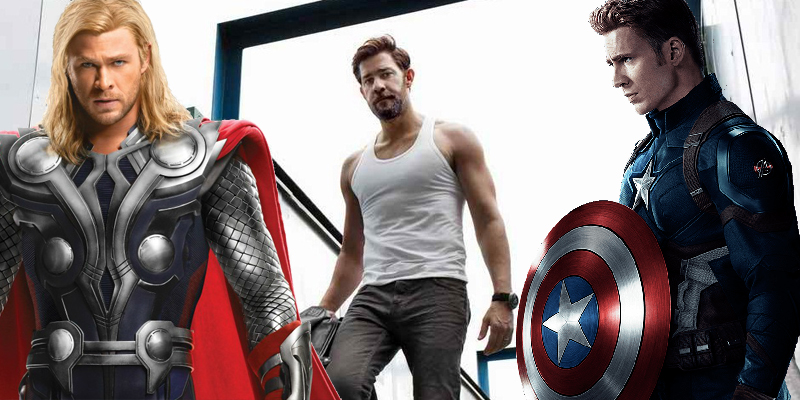 After appearing as Captain America in five different Marvel Cinematic Universe installments (excluding the uncredited cameo in Thor: The Dark World and the post-credit scene appearance in Ant-Man), Chris Evans has made it very difficult for us to imagine anyone else portraying the character.

But there was a time when Marvel Studios had been considering different actors for the role. Gosford Park and Crash star Ryan Phillippe was a contender for the role and so was Sebastian Stan, who eventually got the part of Bucky Barnes, aka the Winter Soldier.

There was also another actor who auditioned for Steve Rogers: Something Borrowed and 13 Hours: The Secret Soldiers of Benghazi star John Krasinski.

Krasinski recently appeared on the TBS talk show Conan where the host Conan O'Brien asked him about auditioning for the role of Captain America. The 36-year-old actor responded in affirmative and joked that he "got the part" in his head!

He then revealed it was "a big deal" for him because loves "Marvel movies…superheroes…(and) imagination". So, when they asked him to test for the role, he didn't hesitate to go for it.

But it was actually Thor star Chris Hemsworth who unintentionally made Krasinski realize that he wasn't a good fit for Captain America! How? Here's how he describes the incident:

But I remember the only bummer that was, I was putting on the suit, just watching it and like this is so amazing and I got about right to my waist, I was still shirtless and feeling pretty good about myself, wasn’t Thirteen Hours yet but felt pretty good, and all of a sudden Chris Hemsworth walked by as Thor and went “Hey mate.” And I went “I’m good, this is stupid, I shouldn’t. It’s okay, I’m not going to be Captain America, it’s fine.”

You can check out that particular part of Krasinski's interview below!

He couldn't be Captain America, but do you have any other superhero role in mind for John Krasinski? Share via comments! 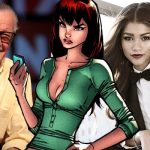 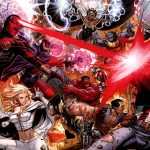