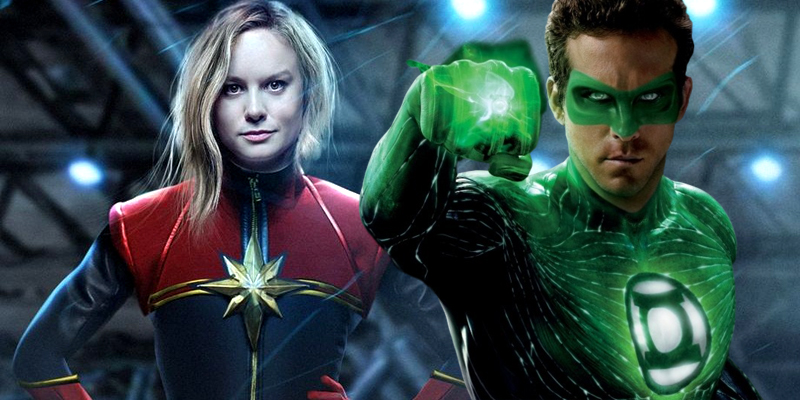 One of the biggest surprises from Marvel Studios during last month's San Diego Comic-Con International 2016 was the announcement that Brie Larson had been cast as Captain Marvel. However, we’ll have to wait for around three more years to see the superhero on the big screen if she doesn't show up in a Marvel Cinematic Universe installment ahead of her standalone movie.

While Marvel is looking forward to hiring a director for Captain Marvel by "the end of this summer", they have already put Guardians of the Galaxy co-writer Nicole Perlman and Inside Out co-writer Meg LeFauve in charge of the movie's script.

Nicole recently visited the podcast Any Time with Vin Forte (via Heroic Hollywood), where she discussed a number of topics regarding her career, including the responsibility of penning the script of the MCU's first standalone female superhero movie.

According to the scribe, she has never had a project where she has been "more mindful about the impact that it could have and the importance of it".

She praises Carol Danvers by saying that she's "an incredibly kick-ass character", and also speaks highly of Kelly DeConnick, who presented Carol for the first time as Captain Marvel in the comics.

However, Nicole points out an interesting issue that she and Meg have been facing regarding the superhero's origin. She says:

But here's the thing, if you were just going to do a straight adaptation of the comics, her origin story is very similar to Green Lantern. And obviously, that's not what we want to do. There's a lot of reinvention that needs to happen. 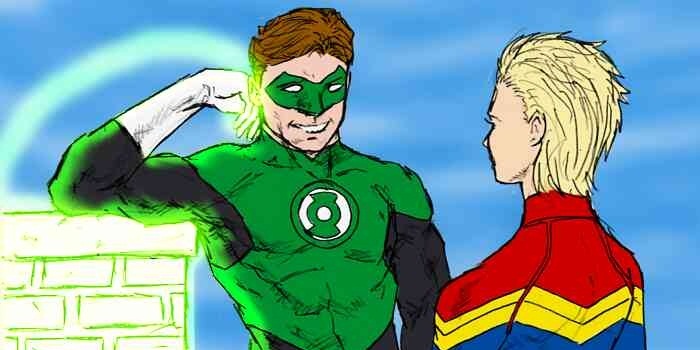 Green Lantern and Captain Marvel – they do have some similarities in their origin stories! (Photo Credit – Deviant Art)

In the comics, while Hal Jordan was a test pilot for Ferris Aircraft prior to becoming Green Lantern, Carol Danvers was an Air Force officer.

It was dying alien Abin Sure who gifted Hal the Green Lantern ring and mantle. Carol, on the other hand, was friends with a doctor named Walter Lawson, who in reality was a Kree soldier named Mar-Vell, aka the original Captain Marvel. Mar-Vell shielded Carol from the explosion of a Kree device, but the radiation that it emitted gave her the same set of powers as Mar-Vell. She initially started off as Ms. Marvel but eventually took up the mantle of Captain Marvel.

So, there are indeed some similarities between Green Lantern and Captain Marvel's origin stories.

During the interview, Nicole Perlman claims that Captain Marvel is "her own person" and a "great character". She addresses the degree of awareness they've got to have about the ongoing events of other MCU ventures. According to the writer:

We have to be aware of what's happened in other Marvel films and make sure that her particular storyline is unique and fun and also fits in within this world that's going on at the same time. It's a little bit of an interesting story gauntlet.

Nicole adds that having Meg LeFauve by her side in the project feels good and it has been "an incredible experience". She concludes by saying that if they can pull it off, Captain Marvel could be "an incredibly important, but also really fun and kick-ass, superhero film".

Do you think it is wise to attempt to reinvent Captain Marvel's origin story? Share via comments! 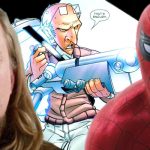 Spider-Man: Homecoming Adds Actor as The Tinkerer!
Next Post 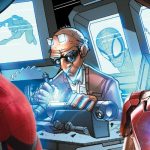