Black Panther Review Roundup: A Cut Above The Rest! 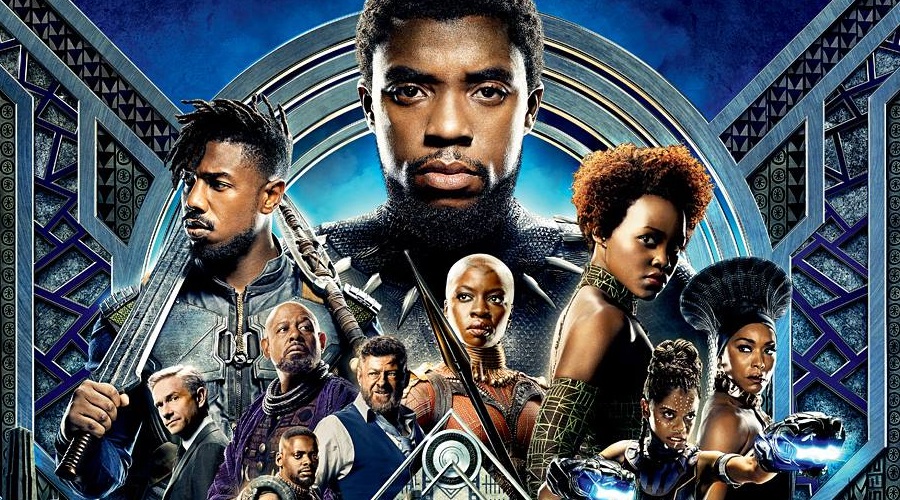 Immediately after Marvel and Disney unexpectedly lifted their press embargo, full reviews for Black Panther began to pop up online. Of course, it’s no surprise that they were overwhelmingly positive.

Twitter was previously flooded with initial reactions from media representatives who attended the Black Panther world premiere in Los Angeles. Literally none of those tweets indicated that the movie had a single flaw. Based on that, we predicted that the movie would garner virtually unanimous critical acclaim. And now the first reviews are in, and they prove that our prediction was accurate.

So far, 59 reviews have been registered on Rotten Tomatoes, and every one of them has been categorized as Fresh. Of course, that’s not unique among Marvel Cinematic Universe movies, including the recent Taika Waititi-directed Thor: Ragnarok, which earned a rating of 100 percent on the review aggregation website. The reviews make it obvious that the critics feel that the Ryan Coogler flick is a cut above the rest.

The review excerpts below are full of praise for the movie’s plot, theme, visuals, characters, and more!

A jolt of a movie, Black Panther creates wonder with great flair and feeling, partly through something Hollywood rarely dreams of anymore: myth. Most big studio fantasies take you out for a joy ride, only to hit the same exhausted story and franchise-expanding beats. Not this one.

Black Panther is an epic that doesn’t walk, talk, or kick ass like any other Marvel movie - an exhilarating triumph on every level, from writing, directing, acting, production design, costumes, music, special effects to you name it.

A superhero movie whose characters have integrity and dramatic heft, filled with engaging exploits and credible crises, all grounded in a vibrant but convincing reality. Laced with socially conscious commentary, as well as wicked laughs that don’t depend on snark, this is the model of what an involving popular entertainment should be. And even something more.

Black Panther is still a cut above – perhaps many cuts above – any other recent superhero movie, and some not-so-recent ones, too. Coogler's picture – starring Chadwick Boseman as T'Challa, the ruler of the isolationist African country Wakanda, and, when kitted out in his sleek black superhero outfit, the principled and authoritative Black Panther – has a social conscience, speaking out plainly about the moral obligations of powerful countries, from sheltering refugees, to sharing technology and science, to dividing wealth equitably. Those ideas are the movie's supple backbone, not just stuff that's been added to make the whole venture seem important.

Written by Coogler and Joe Robert Cole (American Crime Story), the screenplay does a remarkable job of not only ticking off all the Marvel boxes of action, disarming humor, and romance, but balances dozens of characters and their emotional arcs, while weaving in great layers of moral and political clash and confrontation. Black Panther packs so much in, and yet never feels overstuffed.

In making a movie that so lucidly allows one group of people to see themselves on screen, Coogler has created the first Marvel movie in which anyone can see themselves on screen. That's an accomplishment all viewers can appreciate – one that gives new depth to the overarching themes of the MCU, finally grounding this franchise with the kind of stakes that it needs to support its cosmic scale.

With less humor – but no less family drama – than the recent Marvel movie predecessors Thor: Ragnarok and Guardians of the Galaxy Vol. 2, this first film starring comics' first black superhero is as political as it is fanciful. While ultimately an action-adventure, Black Panther also serves as an intelligent, if broad, debate between revolutionary rhetoric and the responsibilities of leadership.

It has taken more than half a century since the debut of the first black superhero character to make it to the screen, but director Ryan Coogler has done it in great style, with a dazzling film that not only thrills at every turn, but has real social value and importance. Its themes, including the importance of a wealthy nation taking on responsibility for the betterment of the whole world, especially hit home for me in the Trumpian age of America First.

This film will surely garner condescending takes like, “This doesn’t feel like a superhero film at all.” [That] ignores the fact that the genre can be bent and improved upon when you involve true artists in the making of them, rather than creating them in a corporate conference room. Coogler has absolutely created his own world, but it still feels fantastic and pulpy and beholden to the genre in the way Tim Burton’s Batman films felt, the way James Mangold’s Logan felt, the way Taika Waititi’s Thor: Raganarok felt.

Coogler (who previously directed Jordan in Creed and Fruitvale Station) plunges us into the wonders of Wakanda. And in doing so, he gives us three women in T'Challa's orbit who steal his onscreen thunder: besides Nakia, there's Okoye (Danai Gurira, The Walking Dead), the intensely dedicated (and dryly funny) warrior general, as well as the new king's younger sister Shuri (Letitia Wright, The Commuter), a tech genius who serves as this movie's Tony Stark.

Perhaps the biggest strength of Black Panther is its character development. This is particularly true for T'Challa's sassy sister/tech wiz Shuri (Letitia Wright), and the head of his royal guard, Okoye (Danai Gurira), who are major scene-stealers.

T'Challa may have the crown and the Vibranium-enhanced Panther suit – and he's working on the girl, Nakia, played by a luminous Lupita Nyong'o. But he's also still reeling from his father's recent death, and not entirely prepared to take on new enemies. Thank God (and great casting agents) for the women beside him…They're indomitable, and so gorgeously, vividly drawn that Boseman sometimes feels like a supporting player in his own story. The effervescent British import Wright and actress/playwright Gurira, especially, feel like they could easily hold their own films; it's hard to remember the last time any females, let alone women of color, even came close to creating such fully formed roles in a cineplex tentpole.

Black Panther may not have the most impressive action sequences or visual effects of any Marvel movie, but it boasts the best villains. As an arms dealer whose arm doubles as a Vibranium super-cannon, Klaue makes for a nasty henchman, while Killmonger keeps his cards up his sleeve until relatively late in the film, but emerges as the most satisfying comic-book adversary since Heath Ledger's Joker. Both characters have a ruthless anarchic streak, although Killmonger has more than just wreaking chaos in mind.

Black Panther marks maybe the third time in the entire 18-film MCU franchise that the villain has felt like anything approaching a real person, and the Killmonger arc is surprisingly moving – he’s a man whose ache for a home he never knew has long since festered into resentment and rage.

Black Panther pits T'Challa against Erik Killmonger, a hulking whirlwind of rage and charisma who whips through Wakanda with self-righteous fury. As played by Michael B. Jordan, Coogler's lucky charm, Erik is instantly likable, dangerously sexy, and capable of extraordinary violence. He hits so hard, he knocks off Loki's crown as the MCU's best villain. Erik's intentions and secrets are fairly obvious before they're revealed in full, but that doesn't lessen their impact. It's all too easy to have empathy for him, for the pain and suffering that led him down the wrong road, for the primal scream of injustice he represents.

The actors are all seen to very good advantage. Boseman certainly holds his own, but there are quite a few charismatic supporting players here keen to steal every scene they can – and they do, notably the physically imposing Jordan, the radiant Nyong’o and especially Wright, who gives her every scene extra punch and humor.

Played brilliantly by Jordan, Killmonger is the standout villain that Marvel movies have sorely needed: an enemy who feels of our time, with understandable motives and a potentially Earth-shaking scheme born out of revenge and resentment. But this superb cast doesn't have a weak link. Winston Duke is awesome in a supporting role as T'Challa's rival, M'Baku; Angela Bassett is resplendent as Wakandan queen mother Ramonda; and Sterling K. Brown gives a heartfelt performance as N'Jobu, who has ties to Wakanda's complicated past.

Soon after the first reactions showed up, box-office projections indicated that Black Panther could net as much as $150 million during its North American opening weekend, which is scheduled over the four-day Presidents Day holiday. Now that we have these rave reviews, those numbers may climb even higher. 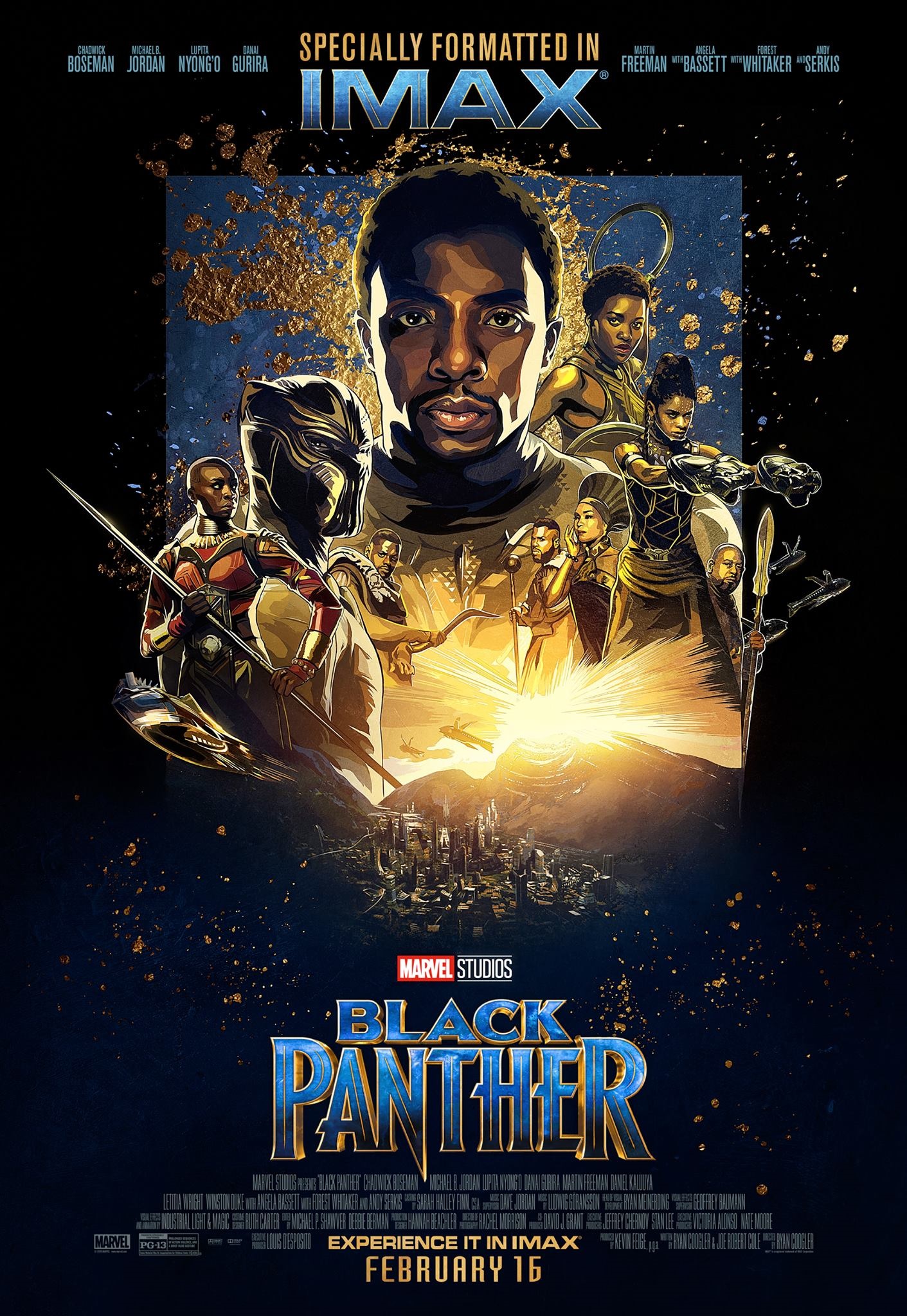 Share your thoughts on the Black Panther reviews via comments, and stay tuned for the latest updates! 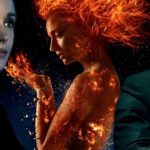 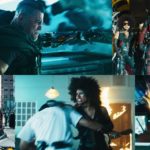