According to Cosmic Circus, Scott will play a younger version of Benjamin Parker, who is portrayed in the majority of Spider-Man media as the husband of May Parker, as well as the paternal uncle and father figure of Peter Parker. Scott will take on the role of Benjamin Parker. There have been no new revelations about the plot, but set images have suggested that Ben Parker’s character could be working as an EMT alongside Dakota Johnson’s character, who plays the titular clairvoyant in the film. Both Sony and Marvel have not made a formal announcement regarding Scott’s role in the upcoming picture. Cliff Robertson played Uncle Ben in the Spider-Man films directed by Sam Raimi, while Martin Sheen played the role in The Amazing Spider-Man, which was released in 2012.

Who is Madame Web?

Madame Web was the codename of Cassandra Webb, a clairvoyant and precognitive mutant who became a key supporting role in Marvel’s Spider-Man mythos. She was created by writer Denny O’Neil and artist John Romita Jr., and she made her debut appearance in Amazing Spider-Man #210 in the 1980s. Julia Carpenter, who made her debut in Marvel Comics in 1984 as the second Spider-Woman in the Secret Wars limited series, later assumed the identity of Madame Web after she had been given the opportunity to do so. As a result of Cassandra Webb’s passing in Amazing Spider-Man issue #637 in 2010, Julia took on the identity of Madame Web.

In Sony’s Spider-Man Universe, which is a sequence of live-action Marvel spinoff films focusing on Spider-foes Man’s and other supporting characters, Madame Web will be the sixth film in the series. In 2018, Venom was the first game to introduce the SSU, which was followed by Venom: Let There Be Carnage in 2021 and Morbius earlier this year. Filming for the upcoming film Kraven the Hunter, which stars Aaron Taylor Johnson as the eponymous adversary of Spider-Man, was recently completed, and the movie is scheduled to hit theaters in January 2023. El Muerto, starring the “huge Marvel star” of the future, Bad Bunny, is scheduled to be released in 2024, along with a third installment of the Venom film franchise, which will see Tom Hardy reprise his role as the title antagonist. Other SSU films are also in the works. 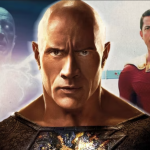 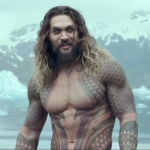