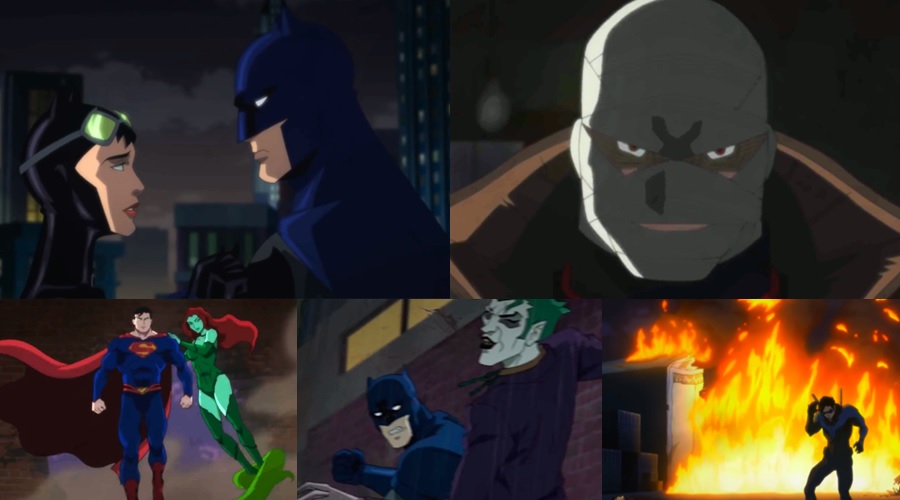 The first trailer for the upcoming Batman: Hush animated movie is finally here.

It was revealed at last year's San Diego Comic-Con International that an animated adaptation of the iconic DC Comics story arc Batman: Hush was in the works at Warner Bros. Home Entertainment. Now, after almost ten months, we have finally gotten the first trailer for the direct-to-video movie which clocks in at 1 minute and 45 seconds.

The various scenes included in the trailer point towards the movie being a faithful adaptation of the 2002-2003 storyline that was brought into being by the collaborative effort of writer Jeph Loeb, penciller Jim Lee, inker Scott Williams, and colorist Alex Sinclair. We catch glimpses from the Poison Ivy-influenced Superman attack on Batman and Catwoman. Next, we get to see the Caped Crusader sticking one on The Joker. The Bruce Wayne/Selina Kyle romance is also highlighted. Watch it for yourself below!

Justin Copeland has directed the animated movie from a script penned by Ernie Altbacker. James Tucker, Sam Register, Benjamin Melniker, and Michael Uslan are attached as its executive producers. The movie currently doesn't have an official release date. However, we are certain that it will arrive sometime later this summer.

Batman: Hush centers on a mysterious new villain known only as Hush, who uses a rogues’ gallery of villains to destroy Batman's crime-fighting career as well as Bruce Wayne's personal life, which has been further complicated by a relationship with Selina Kyle/Catwoman.

What do you think about the first Batman: Hush trailer? Share via comments and stay tuned for the latest updates!