Less than three months remaining before Batman V Superman: Dawn of Justice hits the theaters! To be exact, just 81 days from now! With such little time left, a new, more detailed synopsis for the Zack Snyder venture has surfaced on web! We are not sure if this one comes officially from Warner Bros. It is the United Kingdom based VUE Big Screen Entertainment who released the synopsis. Check it out below!

"Following his titanic struggle against General Zod, Metropolis has been razed to the ground and Superman is the most controversial figure in the world. While for many he is still an emblem of hope, a growing number of people consider him a threat to humanity, seeking justice for the chaos he has brought to Earth.

As far as Bruce Wayne is concerned, Superman is clearly a danger to society. He fears for the future of the world with such a reckless power left ungoverned, and so he dons his mask and cape to right Superman's wrongs.

The rivalry between them is furious, fuelled by bitterness and vengeance, and nothing can dissuade them from waging this war. However, a dark new threat arises in the form of a third man: one who has a power greater than either of them to endanger the world and cause total destruction.

The superhero stand-off that the world has been waiting for is finally arriving in cinemas, with an all-star cast bringing to life the characters we all love.

Zack Snyder (300) returns as director following the huge success of 2013's Man of Steel, along with Henry Cavill (The Man from U.N.C.L.E.) in the role of Superman.

Though this synopsis is far more detailed than the original one, it doesn't offer new spoilers on the movie. It is surely not as spoiler-y as the second official trailer of the March 25, 2016 release. But there might be some spoilers waiting for you in the next segment! So, be warned - POSSIBLE SPOILERS AHEAD!

It seems like Doomsday isn't going to be the only threat for Batman and Superman that Lex Luthor unleashes in the upcoming. Lex, himself, may involve in a fight against the Son of Krypton and the Bat of Gotham! That's what a latest set of Batman V Superman action figures hint! Apart from the two superheroes, one action figure in the set is of Lex Luthor in his robotic battle suit!

Don't take this as a confirmation for Jesse Eisenberg's character to end up donning this battle suit in the last act of the movie. A lot of times some elements of such toys are exaggerated just for the sake of fun. The same might be the case for this set of action figures. Check out the images of the action figures below (via Idle Hands)! 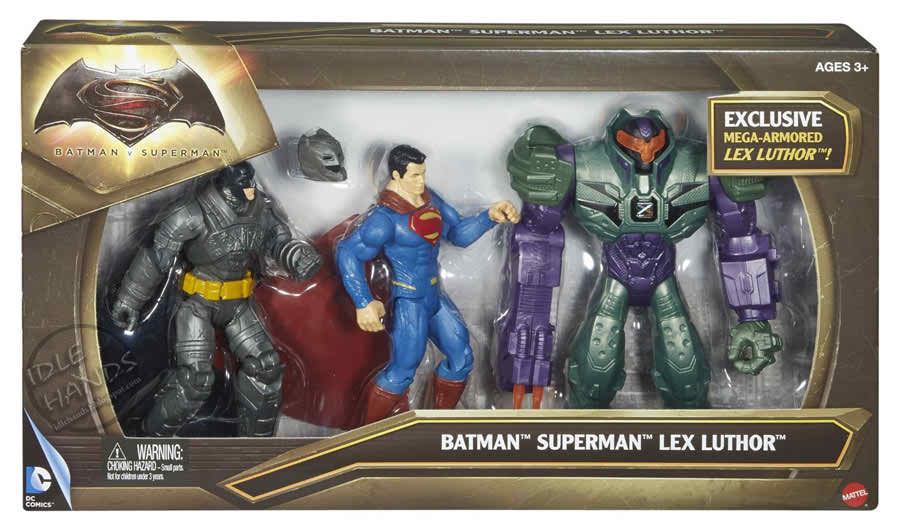 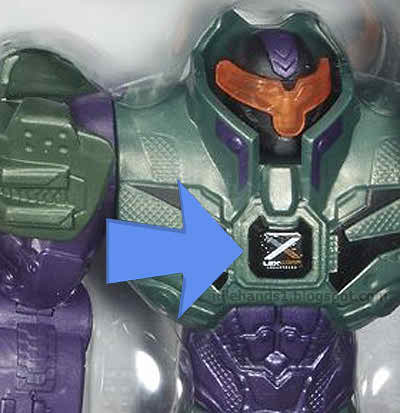 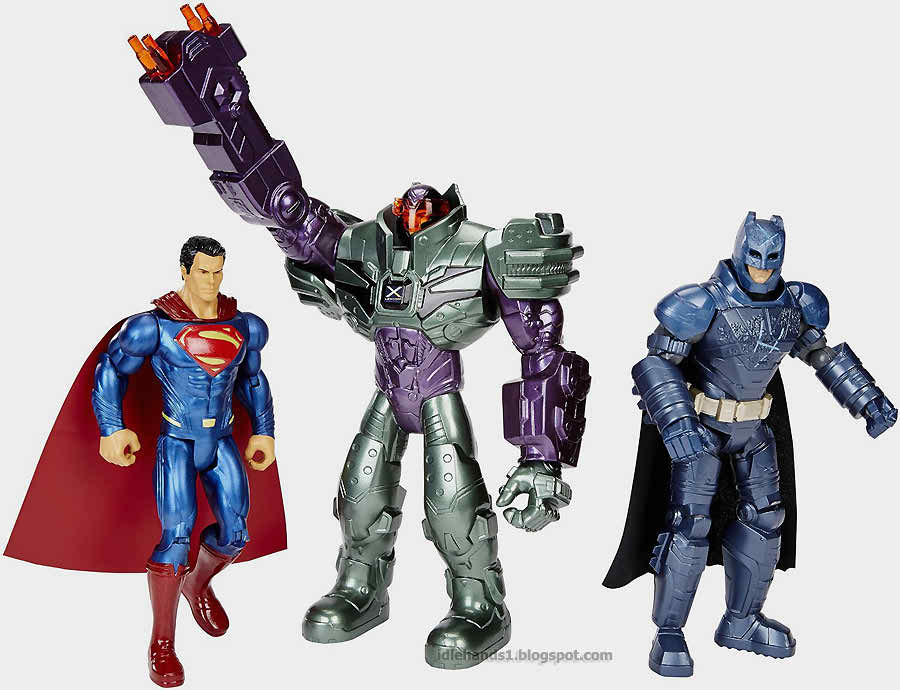 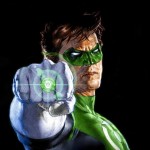 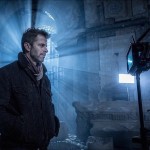