Yet another major event has been canceled due to the coronavirus outbreak. Comicpalooza, which was scheduled to take place during Memorial Day Weekend in Houston, Texas, has officially confirmed that the pop culture convention will not be happening. The reveal was made via a statement from the event’s official website.

“After careful consideration, and with great disappointment, we have decided to cancel Comicpalooza 2020,” the statement reads. “We held out hope that we could deliver a great event as planned to the fans. We have looked at venue availability on later dates, considered alternative locations, and discussed a modified show for 2020, but the situation is too unpredictable. Although we are hopeful the social distancing measures being taken locally, and throughout the world, will mitigate the threat of COVID-19 well before our original times at the end of May, uncertainty still persists and the health and safety of our community is of the utmost importance. Instead, we will turn our attention to creating a superior Comicpalooza fan experience in 2021, May 21-23.”

This marks the first time since the event was conceived in 2008 that it has been canceled. It joins a growing list of major events such as SXSW, Emerald City Comic Con and more that have been scrapped or postponed due to the COVID-19 outbreak. Comicpalooza was expected to bring in approximately 50,000 attendees.

Unlike SXSW and some other events that have been canceled, Comicpalooza will be issuing automatic refunds to those who had already purchased passes.

“If you’ve made a purchase, no immediate action is required by you,” the organizers said. “In the next few days you should receive a confirmation email from Growtix indicating that your refund has been processed. It will take another 7-10 business days for you to receive the money in your accounts. We understand that banks are backlogged and this could take longer than usual, so please be patient.”

The organizers also took to social media to thank fans who showed support and understanding for the decision. Have a look.

Yesterday was a hard day for all of us at Comicpalooza. The outpouring of support from so many of you was heartwarming. Thank You! ❤️

This does open up other questions about some events that have yet to be canceled. Most notably, San Diego Comic-Con, which is scheduled for July. It is one of the biggest pop culture events of the year. There has been speculation as to its status, but nothing has been confirmed as of yet. However, as things progress, it is seeming less and less likely that it will be able to proceed as planned.

For more information, head on over to Comicpalooza.com.

So what do you think? Are you disappointed this won’t be happening in 2020? Do you think the organizers made the right call? Join in on the conversation over on Facebook or Twitter. 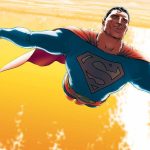 Superman Has Been Voted America’s Favorite Superhero
Next Post 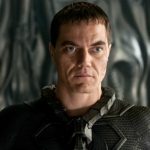