When Moon Knight comes back for the second season, do you want Marc Spector’s darkest alter ego to be front & center or just hiding in the shadows like he has been doing till now? What do you think director Mohamed Diab has in store for the Egyptian god Khonshu and his relationship with Jake Lockley?

Diab affirmed his interest in finding ways to explore Jake Lockley’s violent but unique relationship with the Egyptian deity Khonshu following his post-credit debut. “I want to see his world. Everyone is so intrigued about him and [I want to] see what happens in between those blinks and who he is and what does he love and who does he love. It’s very interesting for me,” Diab explained. “But I love that the small things that we put all through the episode made people, every episode, waiting for Jake, waiting for Jake, waiting for Jake. But I think it, he was introduced at the right time at the very end, knowing that Khonshu still has a hold on them.”

During Moon Knight’s run, several episodes alluded to Marc Spector having a third alter, due to his Dissociative Identity Disorder, which existed alongside Steven Grant. These hints ranged from blackout sessions whose violent aftermaths neither alter remembered, to the discovery of a third locked sarcophagus in the Duat similar to the one holding Steven prisoner. Eventually, the final episode’s post-credit scene confirmed Jake’s existence and role as Khonshu’s secret associate, breaking antagonist Arthur Harrow (Ethan Hawke) out of a mental hospital before killing him on the deity’s orders. As Khonshu revealed to Harrow before his death, Marc has “no idea how troubled he truly is,” providing a loophole to manipulate his avatar through Jake without Marc or Steven realizing it.

While we only see Jake Lockley for a few seconds, Moon Knight retained certain comic details about the character, such as his hat and profession as a driver, albeit in Mr. Knight’s limousine instead of a taxi cab. A notable distinction from his comic self is that, unlike Marc or Steven, Jake chooses to speak fluent Spanish. Diab previously defended the character’s lack of screentime, stating that, “if we would have introduced him in the show without really giving him the time to develop and be a full character like Mark and Steven, it wouldn’t have been fair to him. I think now we opened the door.”

So far, we do not know anything clearly about Moon Knight season 2, and since Issac has confirmed that there are “definitely no official plans to continue it”, we might not even see him playing the role of Marc Spector or Steven Grant. However, he has also said that he might play the role if he likes the script.

In addition to Marc’s obliviousness toward Jake, Moon Knight left the whereabouts of his wife Layla El-Faouly (May Calamawy) unanswered, nor did it confirm whether she relinquished her status as a host for the Egyptian god Taweret. 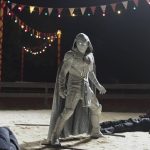 PSA: Moon Knight Is Now Streaming In Its Entirety On Disney+
Next Post 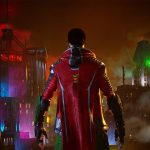