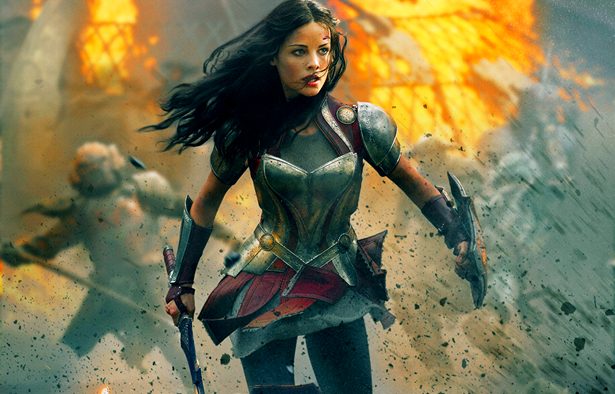 Lady Sif has graced Agents of S.H.I.E.L.D. with her presence before. Episode 15 of the first season, aired back in March, 2014, saw Lady Sif reaching out to S.H.I.E.L.D. for help in seizing Lorelei, an otherworldly jailbird.

Almost one year after, the series will see her return. Jaimie Alexander will reprise her role and bring bag Thor's trustful fight companion in ABC's show, which comes back no later than March 3rd. You'll be surprised to learn she'll make an appearance in completely puzzling circumstances. Read below, but keep in mind you're in for some serious spoilers for the upcoming episode set to be aired in early-March.

Indeed, Lady Sif is not quite herself. Descending on Earth in order to complete a mission (of course, undercover mission), Lady Sif is caught in a fight with a yet to be revealed villain. Agents of S.H.I.E.L.D. head for the scene of the fight and stumble across an amnesiac Lady Sif with no recollection of her mission here.

Her only memories are from her childhood, which means she's aware of her otherworldly origins. How does this scenario benefit the show? Here is how Jeffrey Bell, Agents of S.H.I.E.L.D. executive producer, understands the return of Lady Sif, as quoted by TV Insider:

"Sif has no idea who Thor is or that she serves a king, and we’re going to have fun with that ["¦] It’ll give us some much-needed humor in a season that’s been full of betrayal and death. Sif can’t even recall who she came here from Asgard to stop, but Agent Coulson [Clark Gregg] and his team will try to help her figure all that out."

And he continues: "We’ve been dealing a lot with space aliens and Inhumans in our last few episodes"”things our Earth-bound heroes just don’t know much about ["¦] They need help understanding what’s really going on. Sif’s memory"”what’s left of it"”will come in very handy."

So, there you are: Lady Sif is, even for an episode, armor-free - indeed, that's yet another detail of her appearance - less of a warrior and more of a lady in distress. Will you clear your schedule to see her comeback in Agents of S.H.I.E.L.D.?