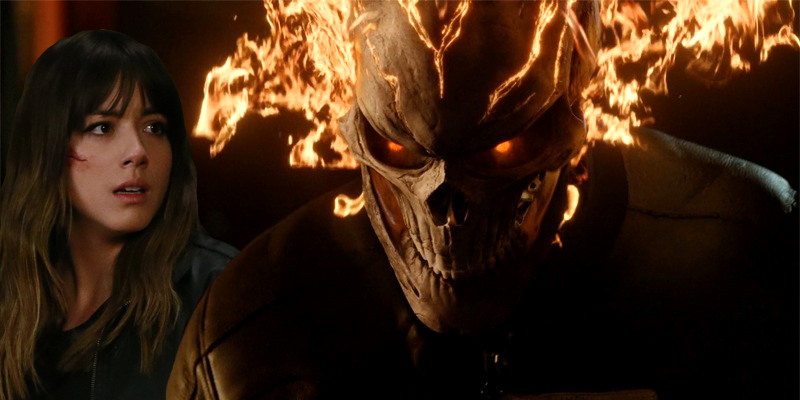 Marvel's Agents of S.H.I.E.L.D. returned last week with the first episode of its fourth season, and it did so with a bang! The show introduced Gabriel Luna as Ghost Rider Robbie Reyes right away, and set up an epic clash between him and Chloe Bennet's Daisy Johnson, aka Quake.

It was Ghost Rider who eventually came out on top, but he walked away, sparing Quake's life when he could have easily killed her. In a recent interview with Entertainment Weekly, Luna explained why his supernatural anti-hero didn't take the life of Bennet's character.

According to the 33-year-old actor, the one thing that Ghost Rider has on his mind is to "seek out and eliminate the sinner". He added:

The Rider has his own designs. It's like your shadow "” you can't shake it. Once you give in to him, he takes over completely.

He looked into her eyes and saw a woman who is obviously trying to atone for something, but it's definitely nothing that she did. The Rider has the ability to see through and into the bones of someone "” into their heart and their soul. He sees a woman trying to be good.

In the second episode of Agents of S.H.I.E.L.D., which airs tonight, we will see Quake searching for Luna's character once again, after briefly witnessing that he has a brother, and coming to realize that he might be the serial killer she first thought he was.

According to Chloe Bennet, Quake and Ghost Rider have "certain things in common", and she thinks that the two will be "intrigued with one another" in terms of how they "operate". The 24-year-old actress adds:

They're both organically loners, and they're both actually good people at the end of the day. Maybe they haven't been dealt a great hand, and they're just trying to get by and do what's right again.

However, Luna makes it clear that we shouldn't be expecting Ghost Rider and Quake to pair up as a team. He says:

While you can't call us a team, we're certainly aligned, but it's mainly because we're all seeking the same thing.

The "same thing" he is referring to is perhaps the mysterious ghost box we saw last week, don't you think?

Let's check out a clip from tonight's episode featuring Ghost Rider and Quake, as well as a promo promising a "grittier and sexier" fourth season for the ABC series!

Are you looking forward to seeing Quake and Ghost Rider in Agents of S.H.I.E.L.D. Season 4? Share via comments! 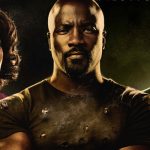 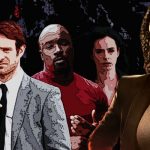 CONFIRMED – Misty Knight Will Appear in Marvel's The Defender!