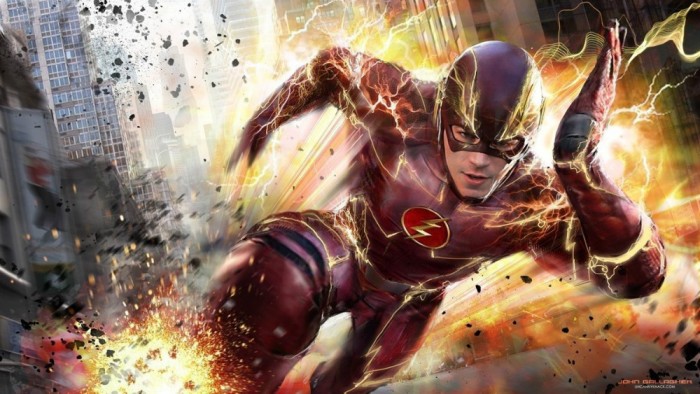 The Flash pulled curtains to its inaugural season last Tuesday, and what a spiffing set of twenty three episodes it has been! The Flash is the top-drawer among all the DC shows on television at the moment, and I might have used the words "˜among all the comic book shows on television' if Marvel's Daredevil wasn't in the house already! That's debatable actually and I don't want to start one over here!

Now, I've tried here to come up with a list of best five moments from the CW series' first season. That task is way too difficult than I had imagined at the outset!

There have been so many outstanding scenes all throughout those twenty three episodes of The Flash Season 1, and so much of a variety in the content – such as, trying to put up a balance by juggling perspectives - from a comic book fan's to that of the one who is not familiar to the comic books, from an action-lover's to that of the one who loves the emotional stuff more. 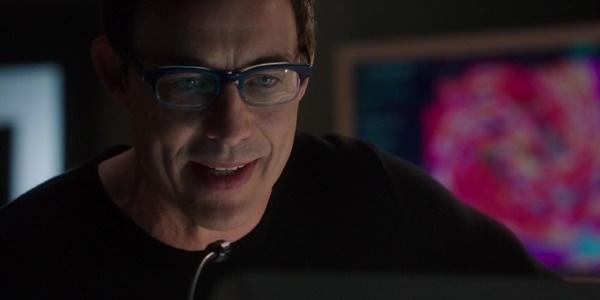 It was the very first episode of The Flash that introduced us to his superpowers and to offer usage of the powers - thankfully, they didn't waste much of a time with the origin story. So, The Flash overpowering Chad Rook's Clyde Mardon using his superpowers in the pilot episode was a treat to watch. And what better words could be used by Tom Cavanagh's Dr. Harrison Wells - Run, Barry, Run!

Here’s the clip for you! 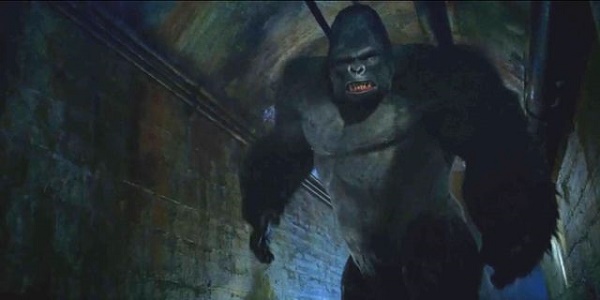 We did watch a lot of apes, but we didn’t watch Gorilla Grodd!

Non-comic books fans might complain what's so special with Gorilla Grodd when we've already seen apes in movies like King Kong and Rise of the Planet of the Apes. Well, it's SO SPECIAL because comic book fans had been waiting to watching Gorilla Grodd in live-action for so many years and many might have never expected to see that happen! The original CBS series did tease Grodd's existence, but we didn't get to see that version of the Scarlet Speedster‘s one-on-one with the furious ape! Plus, Barry's love interest – Candice Patton's Iris West - propels him to vanquish Grodd - so, how could this not be so special?

Check out the Grodd action! 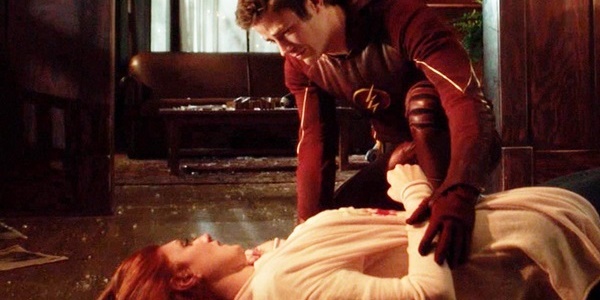 Right from the beginning of the series, The Flash had his intentions clear - he wanted to save his mother who was killed by Reverse Flash. In the season finale, he time traveled to the past, but still had to let his mother die for some greater interest - that's the most tragic moment of the series. If you are prone to shed tears while watching emotional scenes, I bet you'd say that it's the best set of moments in the entire season of The Flash. Must say that Grant Gustin did a fabulous job with the scene, and that, it speaks of his versatility as an actor.

Here’s the scene for you! 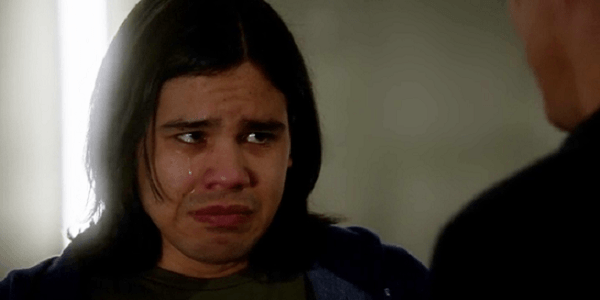 The episode The Man in the Yellow Suit revealed that Dr. Harrison Wells is the Reverse Flash, and indeed it was a shocking thing. But what stood more agitating was in the episode Out of Time when Tom Cavanagh's character revealed to Carlos Valdes' Cisco Ramon that he wasn't actually Dr. Wells, rather a man from the future named Eobard Thawne! I know there are some VERY SMART comic book fans who weren't that shocked at the revelation, but what about anyone who isn't any kind of a PhD in comic books? That's bound to shock them, and it did in my case! 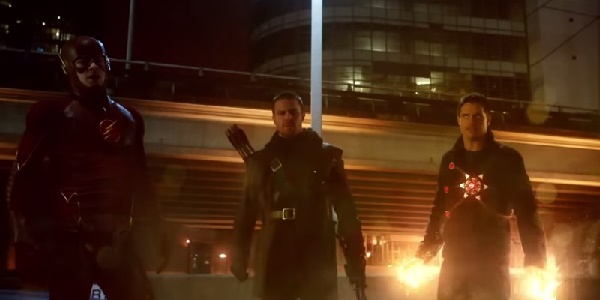 In the episode Flash vs. Arrow, we saw The Flash and Arrow fighting each other - that is something comic book fans must have loved. Watching two superheroes fighting against each other is indeed enchanting, but what's more captivating is to see the superheroes teaming up to bring down a supervillain! From that sense, The Flash, Arrow and Firestorm having a dust-up with the Reverse Flash is a scene one would love to watch again and again.

Here’s the epic fighting sequence for you!

Whether you agree or disagree with the ranking, do let us know via comments!