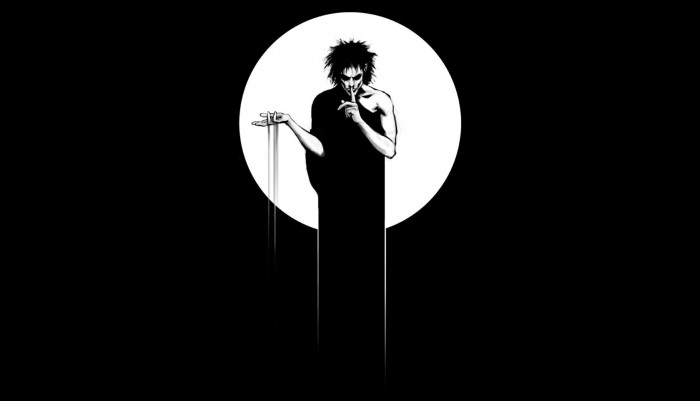 Sure enough, everybody is up to date with the superhero movies coming from DC, Marvel, and even Fox. They all released their slates until 2020 and so we know what to expect as far as our favorite comic book characters are concerned.

Bananaman - The Man of Peal 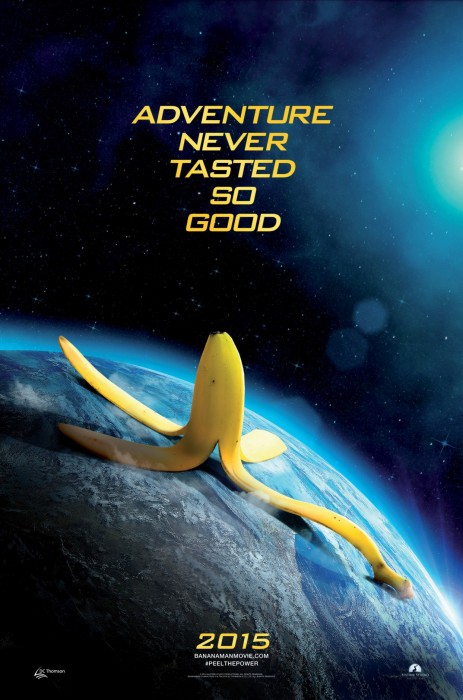 This seems to come out straight from a Minions movie. But it isn't so. Bananaman is a parody of the superhero genre, the main hero having the strength of 20 men and the brains of 20 mussels. In this way, this superhero can fly, has superhuman strength, and is almost invulnerable.

In this way, the wimpy Eric Wimp gains all his powers when eating a banana. Pretty basic, right?

The project was announced in March 2014, May seeing the release of the first teaser poster. The presumed release date is sometime this year, in 2015 - and since we've heard nothing of it, we can bet that there won't be any big names involved in the project.

But, boy, do we really need another superhero parody? Apparently, yes.

On the next page, the first animation of 2016 (included here because it may see a big screens release)! 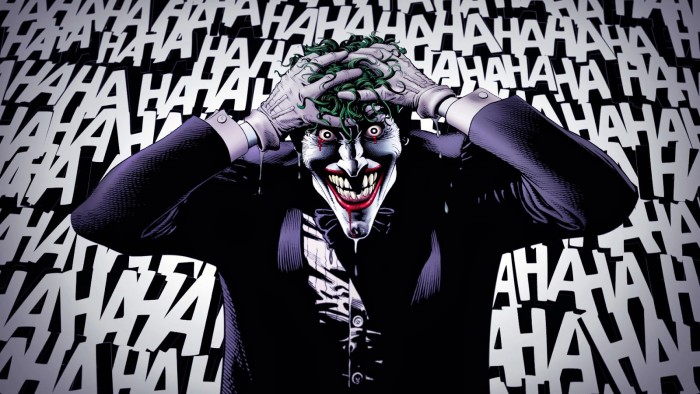 DC and Warner Bros have finally decided to adapt this origins storyline - even if it will be an animation, you cannot not get excited. And we can add something else in here: it isn't known, at this moment, if Batman: The Killing Joke will be a straight to video release or will be released in the cinemas.

In any way, this superhero animation will bring back Bruce Timm, who has done a wonderful job until now in adapting DC comic storylines. Furthermore, this animation may also see the return of the best Joker (according to some fans), Mark Hamill expressing his interest time and time again.

In any way, The Killing Joke is rumored to be the first animation of 2016.

Of course, since we are here, we can also mention that 2016 will also see the release of original DC animations Batman: Bad Blood (who will introduce Batwoman in this continuity), as well Justice League vs. Titans.

On the next page, from Valiant Comics, a surprising addition! 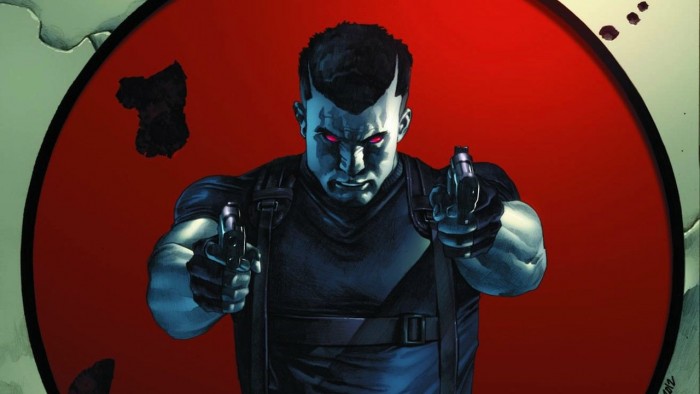 Sony planned for as many Spider-Man spin-offs as possible - that is before the not so amazing sequel of last year.

However, they also planned, for a 2017 release date, another movie: Bloodshot was, in this way, revealed as a project after the deal between Marvel and Sony completely buried the previously mentioned plans.

In any way, this superhero is a former soldier, who had his memory wiped clean and was injected with nanites (thus gaining shape-shifting abilities, regenerative powers, and the ability to interface with any kind of technology).

What is interesting (and we hope that Sony doesn't screw this superhero up too) is that it can lead into a spin-off/sequel sort of thing, since the superhero is usually sent after powerful telekinesis people. And these people are"¦

Bloodshot has already secured the services of the duo behind John Wick (David Leitch and Chad Stahelski), who will direct on a scrip by Jeff Wadlow (Kick Ass 2) and Eric Heisserer (The Thing remake).

As said, the movie is expected sometime in 2017.

On the next page, a superhero movie set in the same universe as Bloodshot! 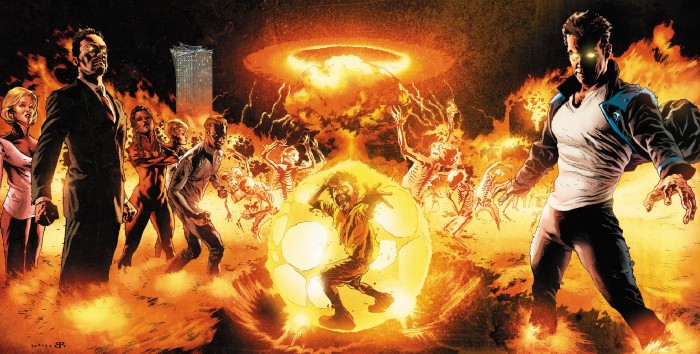 As mentioned, superhero Bloodshot is usually sent after powerful telekinesis individuals, called Harbinger. So, obviously, this superhero movie was also announced - although a release date wasn't set yet.

The twist is, well, that this won't necessarily be a superhero movie, but rather a supervillain one. In them, the Harbingers will be pitted against a former member, who has realized how evil his team was.

The main characters will, thus, be: Toyo Harada (powerful psionic, withy telepathic and telekinetic abilities), Zephyr (who can fly), Flamingo (who can manipulate flames), Torque (who has superhuman strength), as well as others.

Their enemy will be a former pupil of Toyo Harada called Sting.

The script was already written, even if there are no directors announced, nor any release date.

We can mention in here that these two superhero films (Bloodshot and Harbinger) will conclude during the Harbinger Wars, when Bloodshot's team will collide with the one of Toyo Harada.

On the next, a project coming from Image Comic! 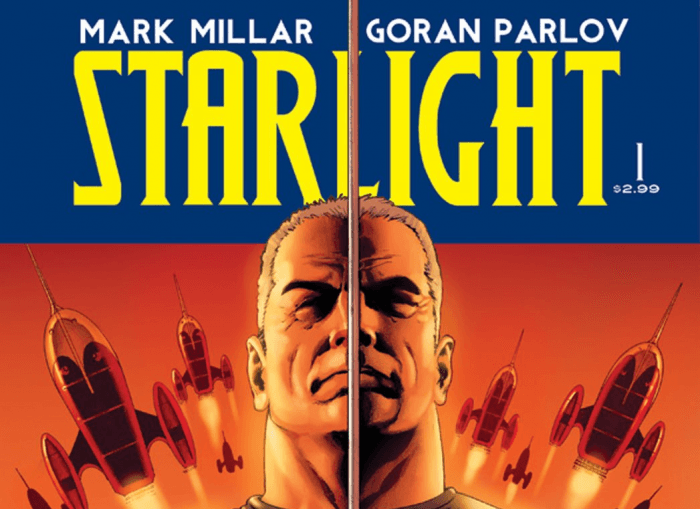 This pretty much sums things up for this superhero movie: Starlight will be about Duke McQueen, a superhero who saved the universe. After that, he got married, settled down, and had a couple of kids. His wife died of old age, his kids moved away - what to do?

Not many details are known about this movie. What we know is that Starlight is produced by Fox and supervised by Mark Millar (who wrote the comic), with no certain release date (although the rumors say it will be in 2017).

On the next page, another Mark Millar comic! 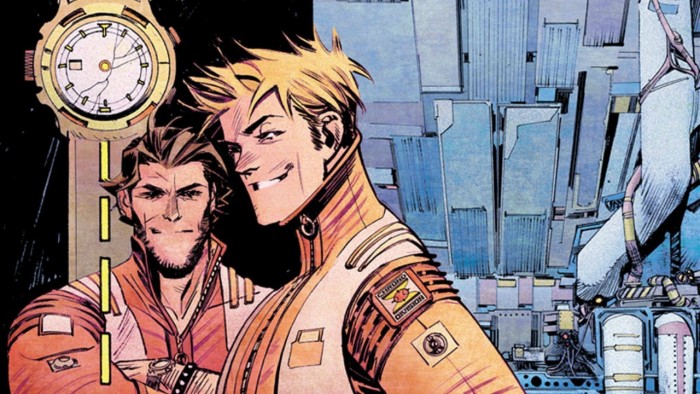 This superhero film is, basically, about time traveling and what to do when you have such a power. Will you save the world, or will you indulge in anything that your heart desires?

The Chrononauts are Corbin Quinn and Danny Reilly and the twist is that all their adventures are being televised. The movie is produced by Universal, with the rumors saying that Millar has already found one of the leads. In any way, there is no release date for this project either, although it is expected sometime in 2018.

On the next page, unfortunately"¦

This will not happen 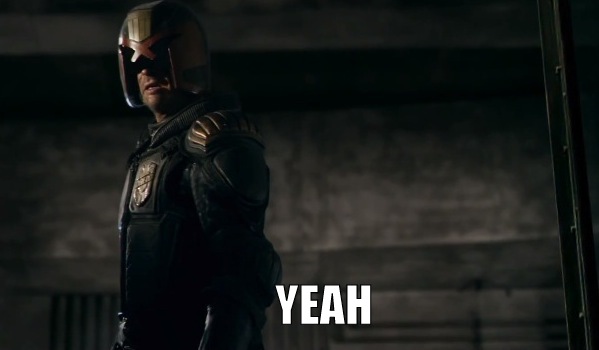 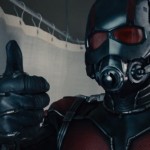 Ant-Man: Why It Is Actually a Good Movie
Next Post 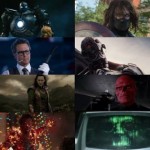 The Most Powerful Villain of the MCU