MCU - What to Expect Beyond Phase III 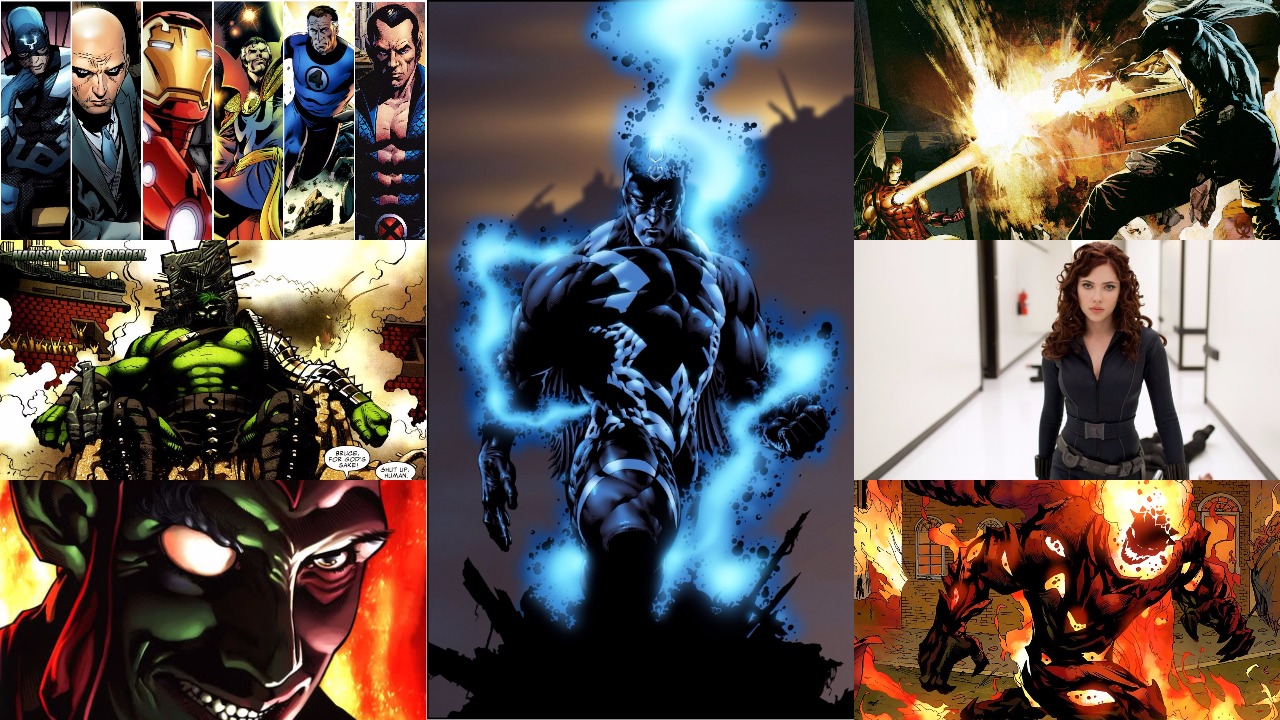 It might seem far off, but the MCU is expanding faster than ever, and will soon reach the end of its Phase III. It will all culminate with the second Infinity War movie, which is due in less than three years. Can you imagine that? Would you have guessed back in 2008, when the first Iron Man was released, that Kevin Feige would build an empire from scratch, based on second tier comic book characters?

I’m guessing you wouldn't have believed it.

But the end of Phase III will be special in another way, as opposed to the previous MCU phases, since it will also be the culmination of all of the movies released by Marvel. Thanos will finally reveal his true power, after being teased for so many movies. Some heroes will fall, while others will rise. But the universe will continue; a couple of years ago, Feige said that he and his team have planned ahead until 2028.

So what can we expect beyond Phase III? What will happen in Phase IV and afterwards? Here are the things I expect to happen in the MCU after 2019.

A fitting end to the Iron Man franchise 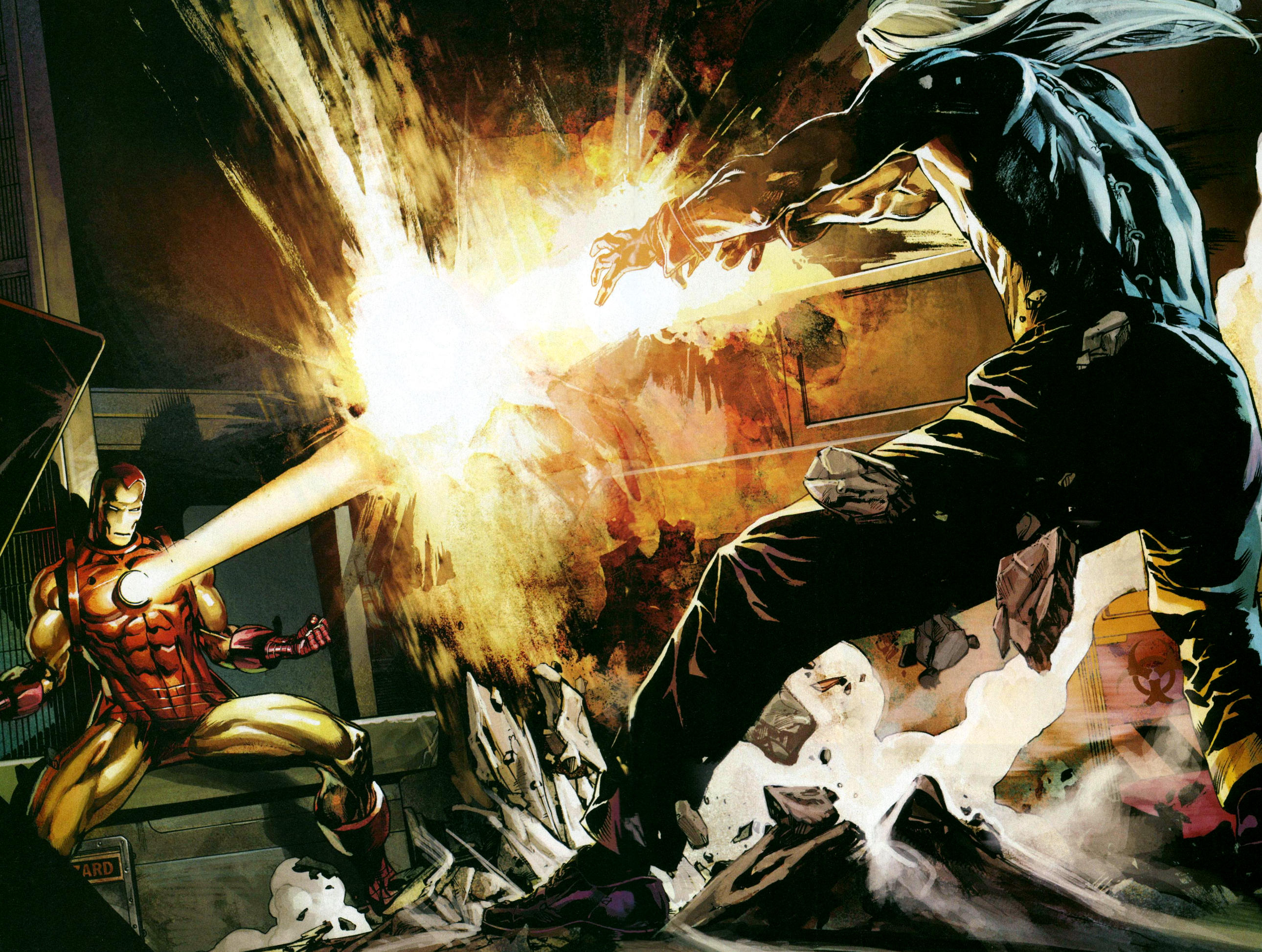 Iron Man vs. the Mandarin (Wallpoper)

The Iron Man franchise is the backbone of the MCU. Robert Downey, Jr. is the face of the MCU. So I guess we can all assume that Marvel will want to give the hero a proper final solo flick. By releasing All Hail the King, the studio has already apologized for that unwanted twist in Iron Man 4. Furthermore, now that we know that a Mandarin indeed exists, who is better to face him than Tony Stark?

Furthermore, Robert Downey, Jr. is a sure bet at the box office, as far as any Marvel movie is concerned. So I guess Marvel won't have a problem with paying him even more than before for a final Iron Man movie.

Even more than that, while promoting the Civil War, Robert Downey, Jr. has said that he can do one more. So Marvel needs to make this happen. Even if it will be four years from now. 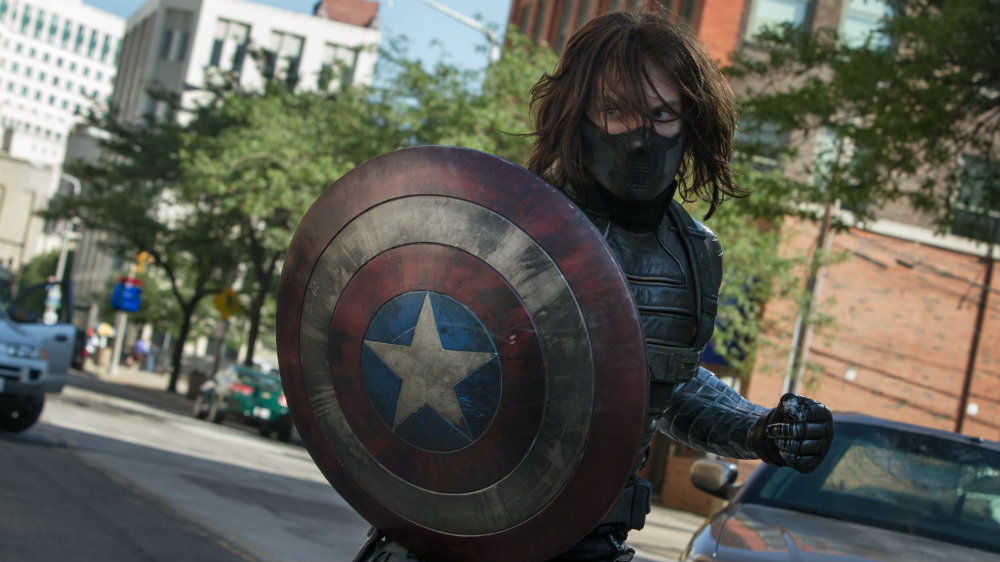 If the Iron Man trilogy ended disappointingly, the Captain America one didn't - even if, for some, the Civil War was more of an Avengers flick than a Captain America mone. So, by all means, Steve Rogers' path will come to a sudden end sometime during the Infinity War.

But that doesn't mean that Captain America's story will end. Just like in the comics, there exists the possibility that he’ll be replaced. And, at least one time in any of the MCU phases, a replacement was hinted at.

And that is Bucky Barnes, who looks more than cool with his metal arm and shield. Knowing how many movies Sebastian Stan has signed for, it isn't hard to assume that he will indeed become the next Captain.

Of course, this won't happen with all of the heroes - Thor, I'm looking at you - even if some believe that a female version of the God of Thunder will be introduced. 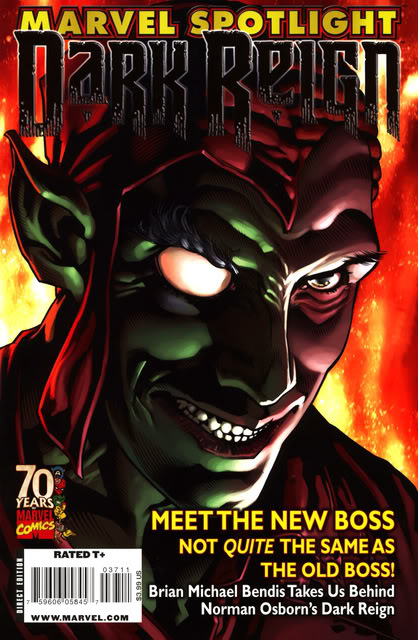 The first three phases were made under the sign of Thanos - the uber-villain who would confront both the old and the new superheroes in epic battle. Basically, the first MCU phases are a trilogy in themselves, with everything leading toward this final confrontation.

However, it is less likely that Marvel and Feige will throw themselves into a similar endeavor as soon as possible. Instead, I believe that Phase IV will see the rise and fall of a single major villain. And I do hope that this villain will be the Mandarin - as previously mentioned, Marvel needs to make Iron Man 4.

However, there is another possibility, as well. The latest rumors concerning the MCU say that the next few movies will see the rise of another tech empire, one led by Norman Osborn, one that will lead into a Dark Reign adaptation of some sort. Which also sounds fine to me.

But I did see Osborn before. And I didn't see the Mandarin. 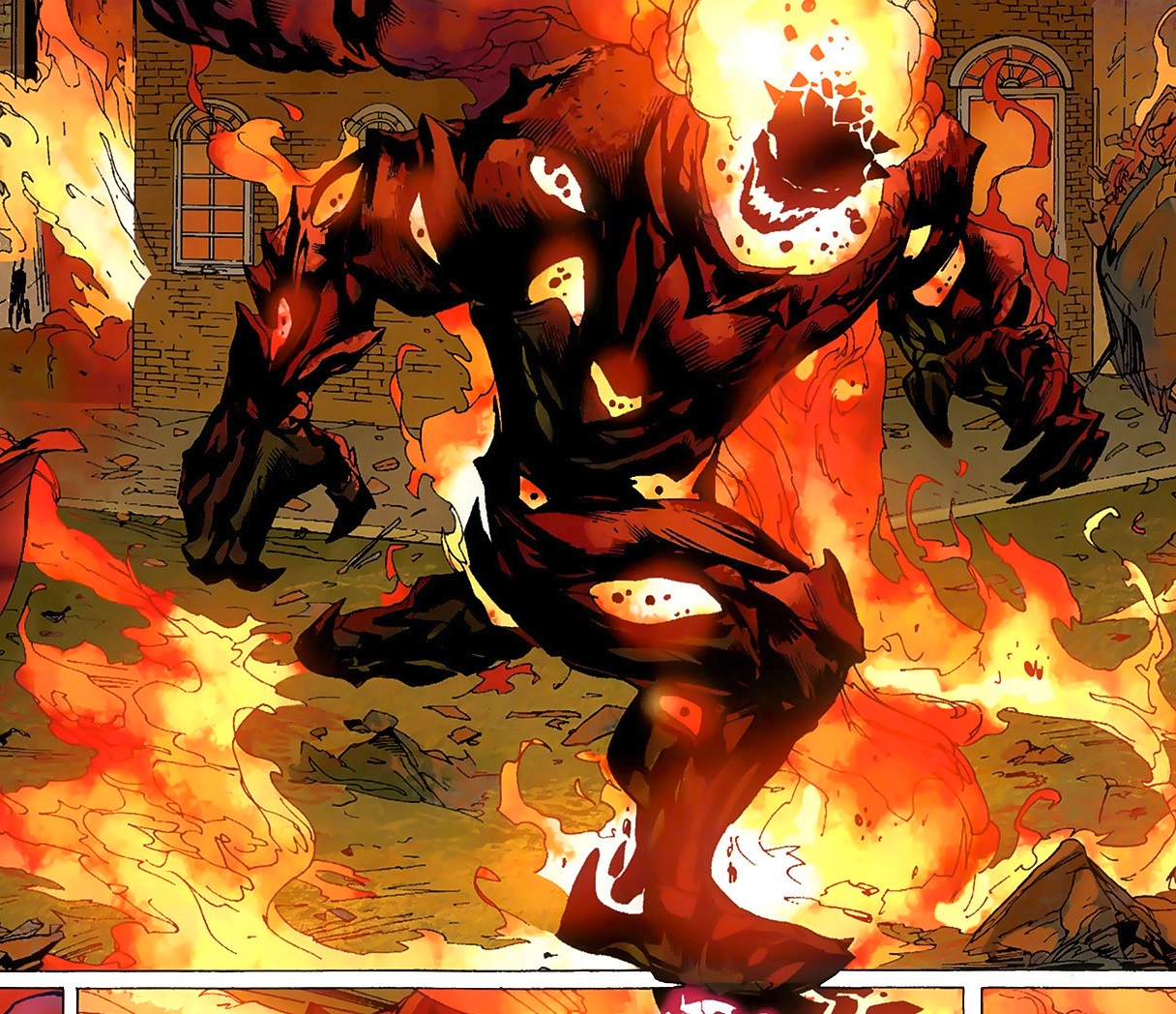 I believe that Feige and Marvel will bring another (genuine) universal threat into the MCU after Phase IV, after the fans have had the chance to breathe for a bit. And, at this point, it is anybody's guess who this villain could be.

Thus far, just Doctor Strange can provide one, with Dormammu being the most rumored option. But surprises can pop up, especially if Marvel gets its hands on properties from Fox. In this case, Galactus could be it, even if he isn't exactly a straight-up villain, or even Kang the Conqueror.

Anything goes at this point. But I am more excited about seeing a villain from another dimension, one who could pose a different kind of threat to a (vastly) technological MCU. 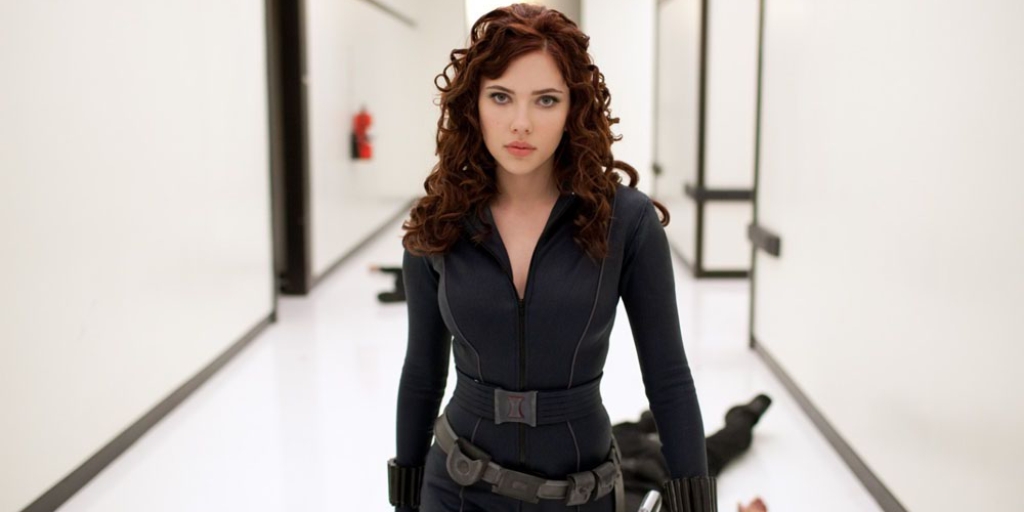 I'll start by saying that I am not very interested in seeing such a movie, even if some other Avengers will join Black Widow in a solo adventure. However, Kevin Feige did say that Scarlett Johansson will star in her own movie. And since Phase III is already packed"¦

I have no idea what that movie could be about. Maybe more about her past will be revealed. Maybe, like in the comics, she will become enhanced in some way, becoming a true super heroine. Or maybe this will be the Scarlett's last outing into the MCU.

As I said, this kind of prospect doesn't get me too excited. However, since Marvel will be making it, I have no doubt that it will be kick-ass. Hey - if it will be her last flick in the MCU, maybe it would be better if it was the first movie of Phase IV. Killing her would be quite a way to establish a big villain. 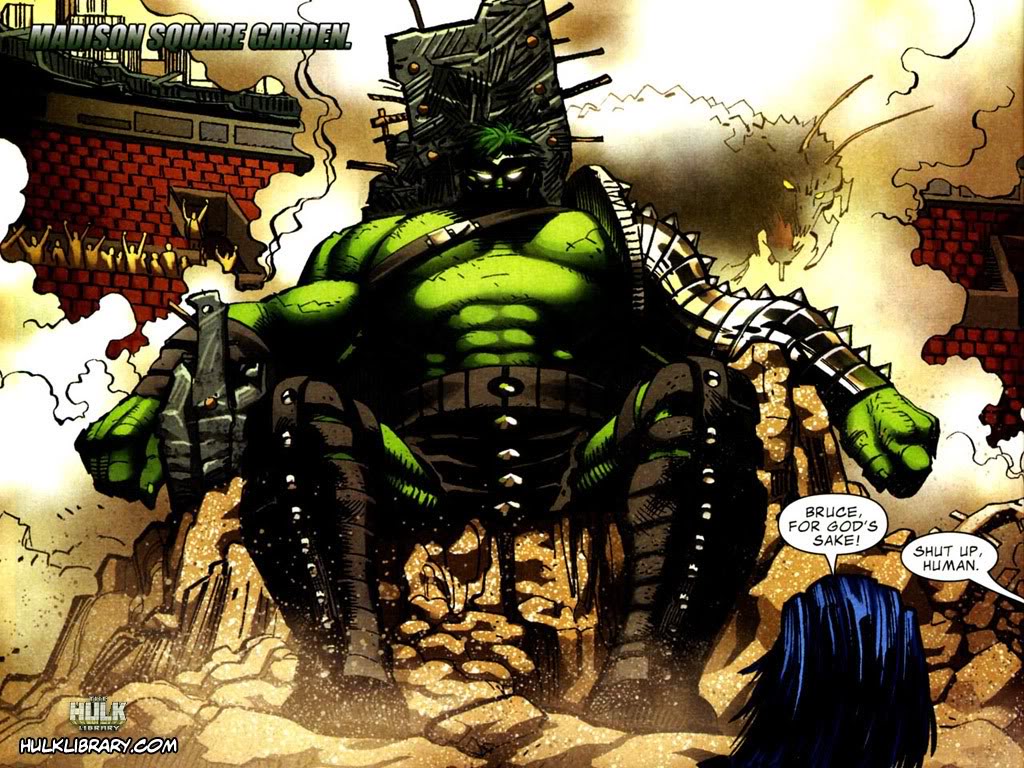 I actually liked The Incredible Hulk, even if it was too generic. However, the movie didn't make money and it was poorly reviewed. So, since 2008, the Green Goliath hasn’t had another shot at a solo movie.

But this could change starting with Phase IV. Ever since Mark Ruffalo became Bruce Banner, the hero has become a fan favorite again. Which goes to show that he is better as a supporting character than otherwise. And this could work as a solo flick if"¦

In Thor: Ragnarok, the Planet Hulk storyline will be adapted. So what if we get a chance to see afterwards, and after the Infinity War ends, the Jade Giant returning to Sakaar for further adventures? What if he becomes a ruler of some sort and then, at the end of his solo flick, Hulk comes back to Earth with nothing good on his mind?

Yes, a World War Hulk would be great for Phase IV, before Dormammu or some other villain arrives. 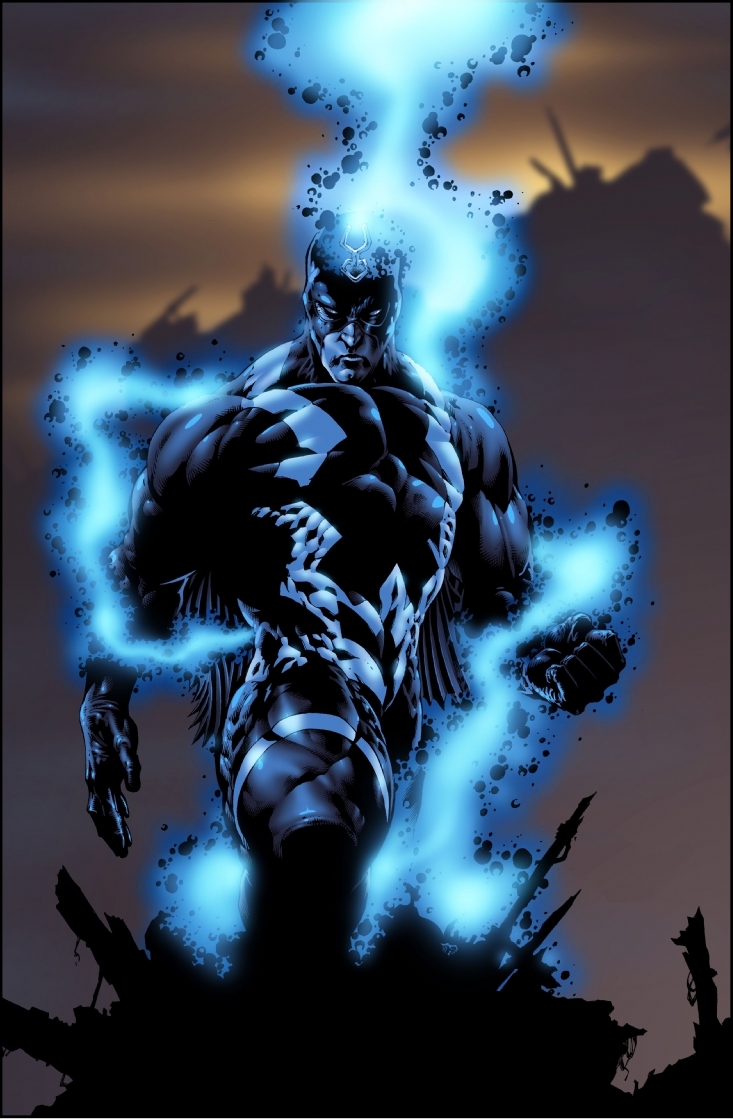 Inhumans doesn't have a release date at this point. And even before, when it was scheduled after the second part of the Infinity War, I didn't believe it would be made. However, as soon as Phase III arrives, Feige and Marvel will need new faces for the MCU roster.

Inhumans is a less known Marvel property. But so was Guardians of the Galaxy, which is now regarded as one of the best MCU movies thus far. There are plenty of Inhumans stories to tell. And, with the right writer, I have no doubt that such a franchise would make big bucks at the box office.

And who doesn't want to see characters with such exotic powers in the MCU (in this case, exotic is anything different from the predominant technology-based powers seen in the shared universe until now)? 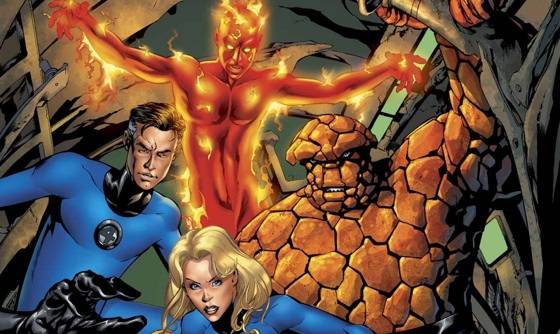 This is a long shot. However, Fox has proved plenty of times that it cannot handle the Fantastic Four. And since the second movie was canceled, maybe this is the reason why - Marvel and Fox have made a deal. We saw it happening in the case of Spider-Man, so we can see it again.

It would be great to see Marvel's First Family in the MCU, especially since this would bring a plethora of other superheroes and supervillains.

Of course, Fox has the rights to the franchise until 2022. And they have plenty of time to reboot it (yeah, I don't think a sequel with the same actors and the same premise will be made). And if it isn't rebooted and Fox doesn't make a deal, we will definitely see the Fantastic Four in the MCU.

Here's to sooner rather than later!

And since we're at it, maybe some of the mutants will also be borrowed"¦ 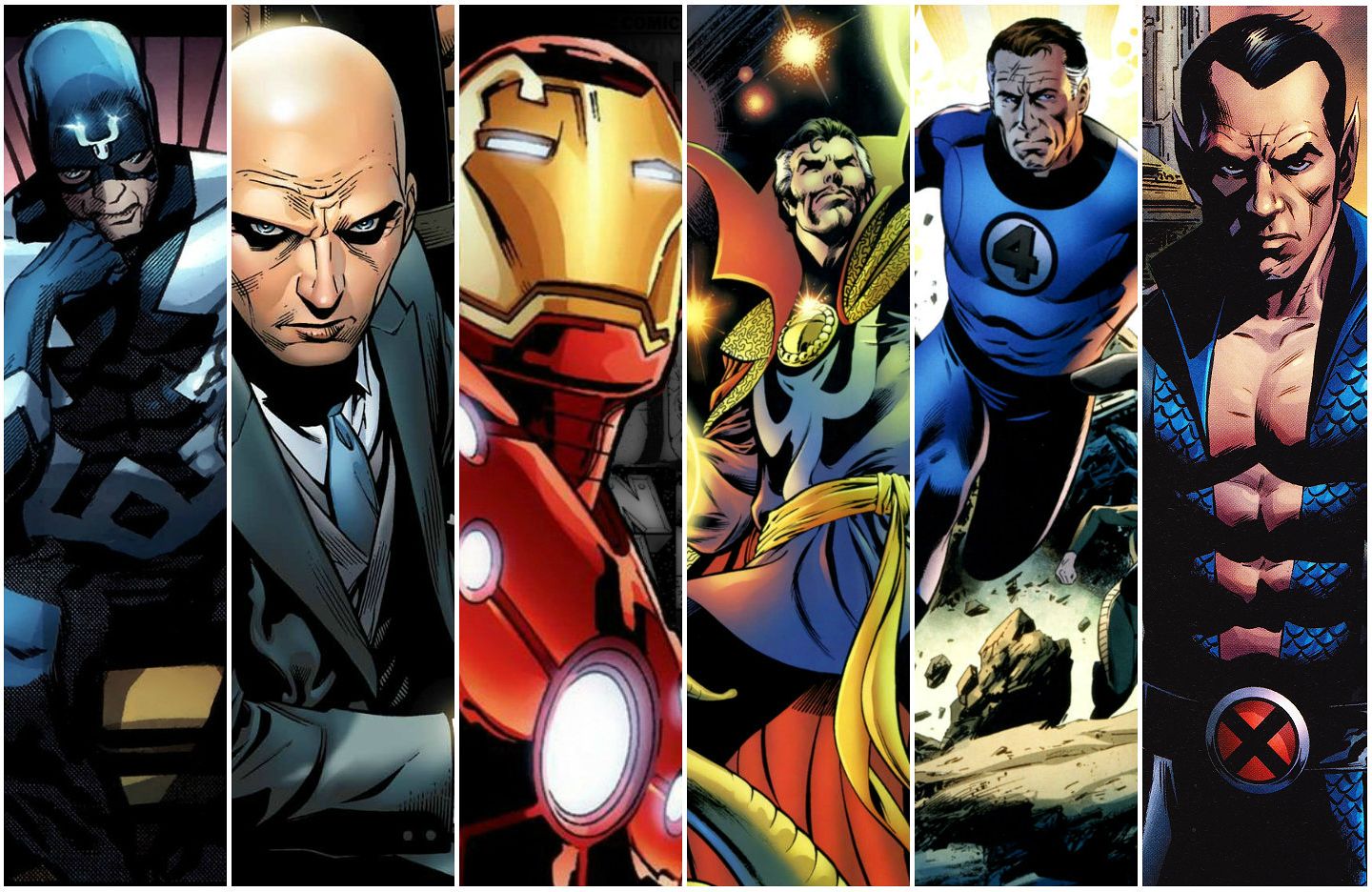 If the Avengers are now divided, one team being on the run and one other under the UN's supervision, from Phase IV forward things will change. Most likely, Zemo's story hasn't ended, and he will show Tony Stark that indeed agendas can change and that those in charge will be corrupted.

And then the Avengers will become the Illuminati, without any need of supervision, a super-powerful collective that defends the Earth against threats coming from the far reaches of the universe. If Black Bolt of the Inhumans and Reed Richards of the Fantastic Four would also join, (almost) all the key players will be in place, ready to defend and not just avenge.

I have no idea. However, in the comics, there is one other notable hero who uses Mjolnir. And we already know that this race exists in the MCU, as seen in a small Easter-Egg in Guardians of the Galaxy. So, the big question is, will Beta Ray Bill find his way into the MCU?

This is a strong possibility. In the comics, his race was destroyed by Surtur. We won't see the fire demons anytime soon in the MCU. However, there is one other extra-dimension tyrant who appears to be engulfed in flames and who can take his place.

I'm down with this kind of adaptation of Beta Ray Bill and his korbinites. Things will be tied up pretty nicely. And if Dormammu is indeed be the uber-villain after Phase IV, then Beta Ray Bill will be a powerful ally against the demon.

What else do you expect from the MCU beyond Phase III? 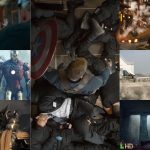 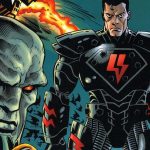