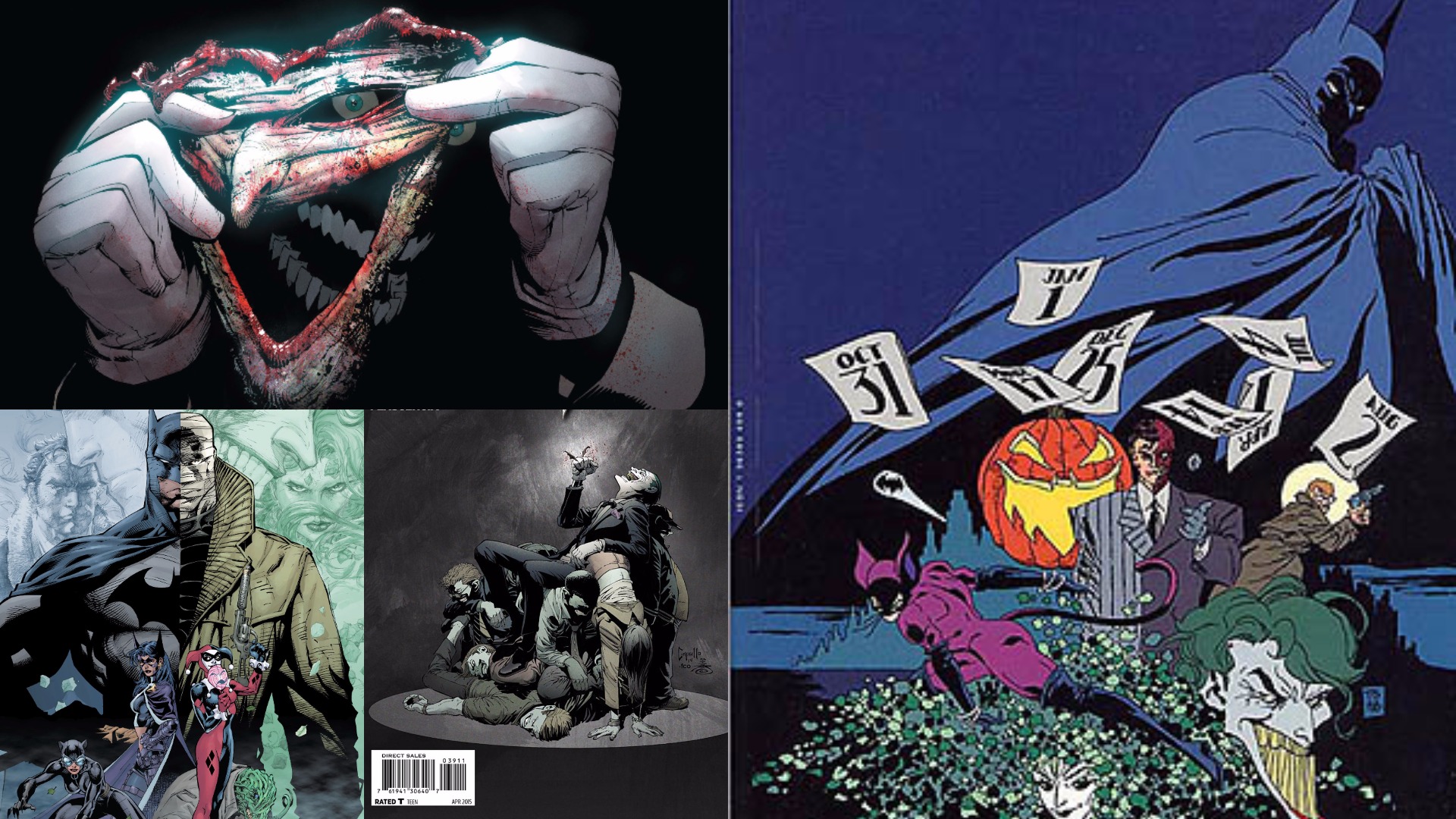 Ben Affleck has said on several occasions that the script for the first solo Batman flick in the DCEU is almost finished. Given his track record behind the camera, we can all understand that it will be a more than awesome flick. As the actor himself said, he won't start shooting again on a screenplay that isn't perfect.

Furthermore, the actor also said that he has taken the Zack Snyder approach to making the first Dark Knight movie. This means that The Batman (as the movie is rumored to be called) won't adapt just a particular storyline, but will borrow from several. Is this a good idea? Maybe. But considering how convoluted Batman v Superman's plot was, maybe Affleck should've steered clear from such a path.

But I trust Ben Affleck. Until now, he hasn't disappointed as a writer or as a director. So whatever storylines he might steal from, I do believe that he will once again make a good impression.

The movie should be released in 2018. Affleck has already said that the script is almost finished, and Warner Bros. has scheduled an untitled DC project for the 5th of October. And the actor has no projects scheduled after 2017's Live by Night.

So from which storylines might Ben Affleck steal for The Batman? Check it out! 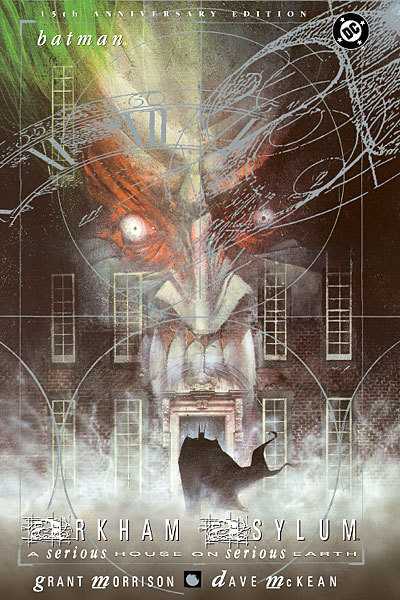 Given the number of villains The Batman will feature, as well as the visual hints from Batman v Superman, the most talked about storyline is Batman: Arkham Asylum (Arkham Asylum: A Serious House on Serious Earth - the storyline was also adapted in the Arkham Games). Basically, Batman finds himself trapped in the Asylum and searches for a way out.

However, this isn't all. Besides having to deal with all the villains he himself put in there, the Dark Knight will also learn the history of Arkham. And this history of lunatics features a bat, itself.

Leaving aside the psychological-horror style of the storyline, an adaptation of Batman: Arkham Asylum would also present the in-depth history of one of the most well-known hospices in all comic books. And this will be more than welcome, seeing the role Batman plays in the DCEU.

If I’m certain of one thing, then this would be it. That Ben Affleck will use elements from Serious House on Serious Earth in the first Batman flick of the DCEU. 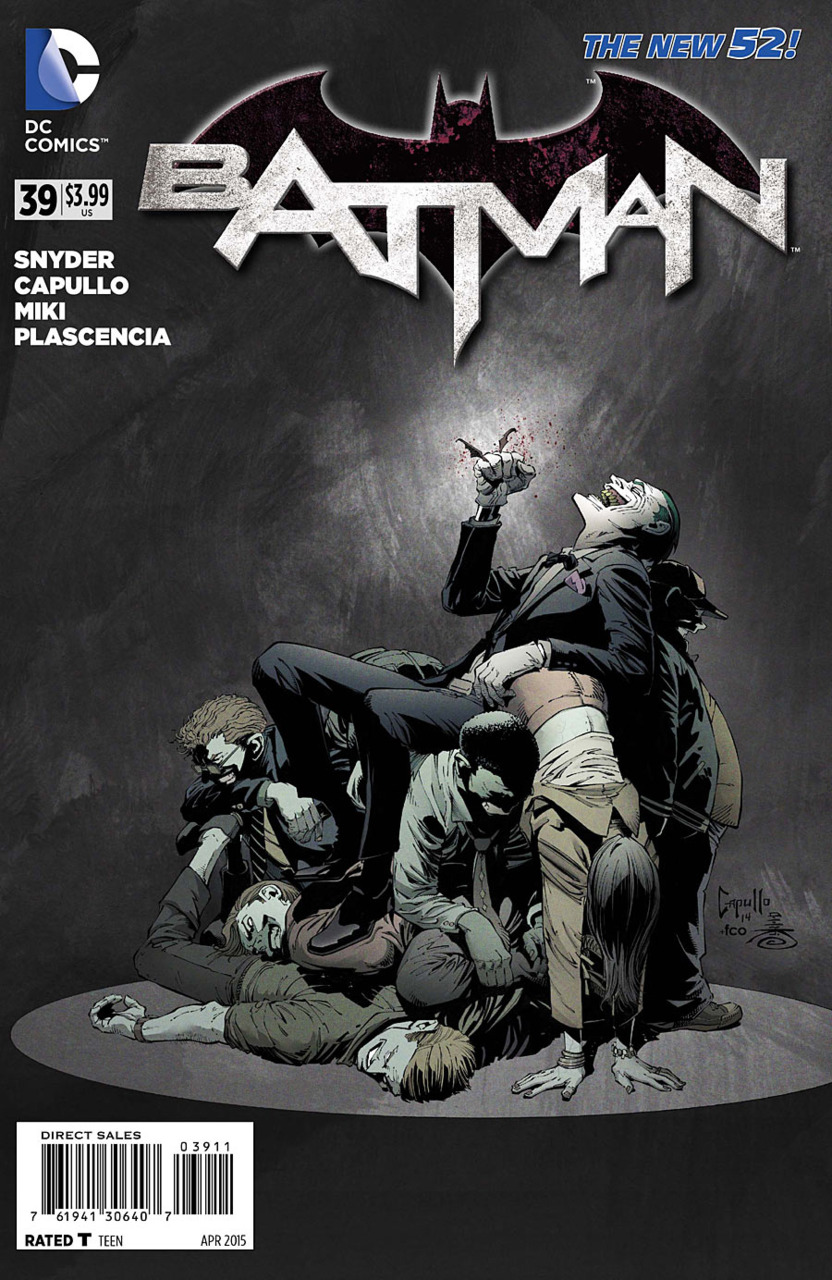 Ok - so this one doesn't feature as many villains as it does superheroes. However, since this would be an adaptation, the Justice League attacking the Dark Knight could be replaced by some terrifying supervillains. Killer Croc, Clayface, Man Bat, Solomon Grundy, and even Bane could be used by the Joker to attack the Caped Crusader.

And this would be an interesting story to adapt, especially because we find out more about Joker and why he always manages to elude his nemesis. I can bet that this DCEU won't shy away from referencing the Lazarus Pit and the Dionesium"¦

Plus, this would also explain why the Joker is so crazy. However, do we really need that? Or is it better when this question has multiple choice answers? I'd rather prefer the latter. Though I am a little biased, since Heath Ledger's portrayal was all about that. 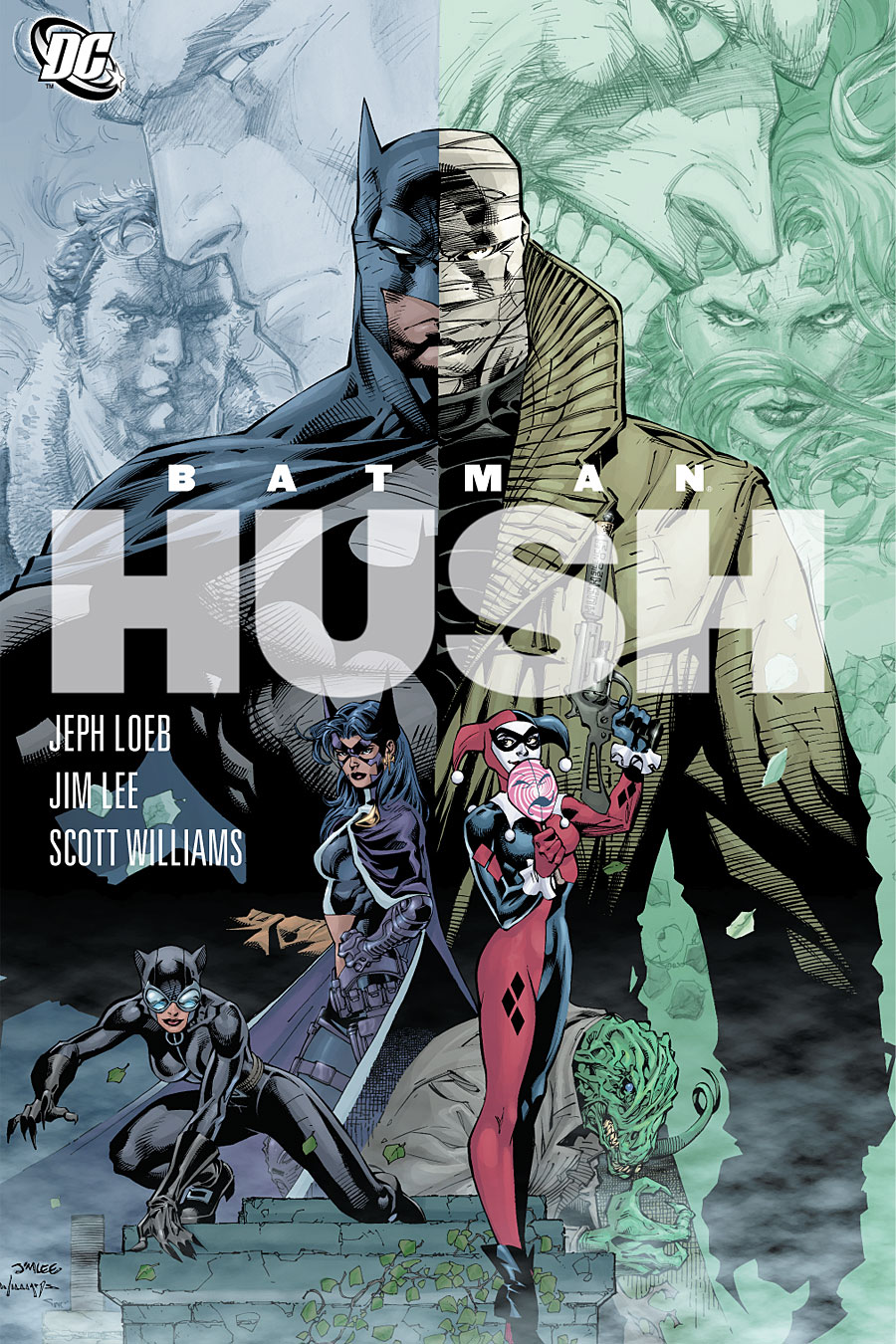 Boy, this should be entirely adapted on the big screen. From all the (relatively) newly introduced villains, Hush is the most iconic one. With a backstory mirroring the one of Bruce Wayne, Thomas Elliott's story needs to be told.

Batman: Hush is also one of the storylines that features multiple villains. Unable to go toe to toe with Bruce Wayne, Hush would need some serious muscle behind him. And, again, Clayface is more than welcome for a first appearance on the big screens.

Basically, Thomas Elliot, as a long-time friend of Bruce Wayne, saves the billionaire and realizes everything about his secret identity. Scheming against him and using various villains, he actually has the upper hand, until Harvey Dent shoots him.

Hush falls, apparently, to his death, but his body is never found. So Hush could be the villain to pop up all over the place in a new Batman trilogy.

Batman: Death of the Family 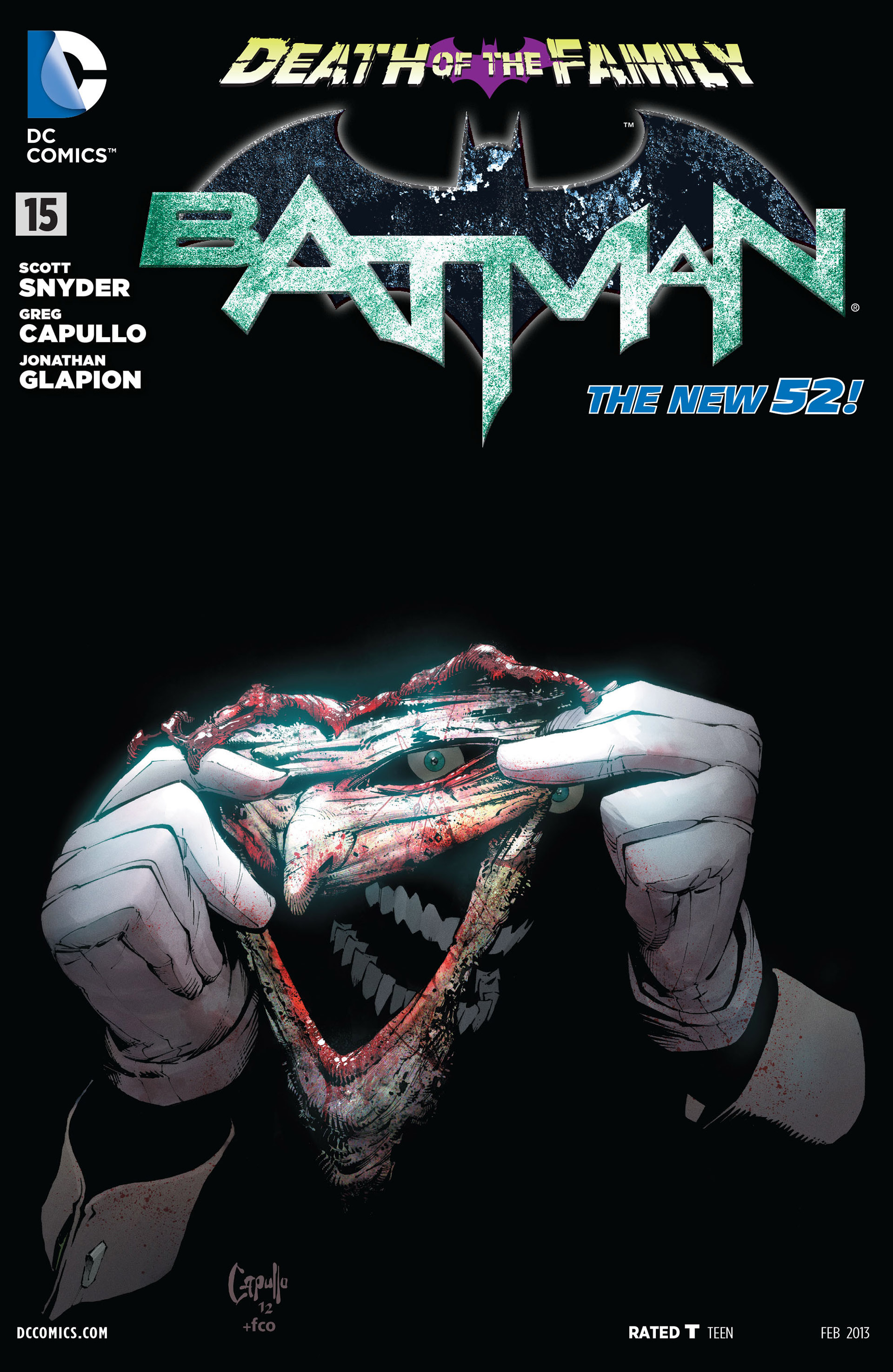 Death of the Family (imgur)

As far as we know from Batman v Superman, Batman doesn't really have friends, other than Alfred Pennyworth. So fully adapting the Death of the Family would come out of nowhere. However, some things could make it on film from this storyline, as well.

I’m talking about the kidnapping of Alfred by the Joker. Why is the butler kidnapped? Because he makes Batman look weak - the Dark Knight should be able to take on any enemy by himself, without the help of an aging sidekick.

The story would also lead into the Arkham Asylum, and the big baddies from Batman's rogues gallery will merely cameo. Which would be great, since they wouldn't steal too much screen time from the main protagonists.

Furthermore, it would once again show that Joker doesn't really care who hides under the Batman mask. But, again, I may be biased because of Heath Ledger's portrayal of the character"¦

Batman: Under the Hood 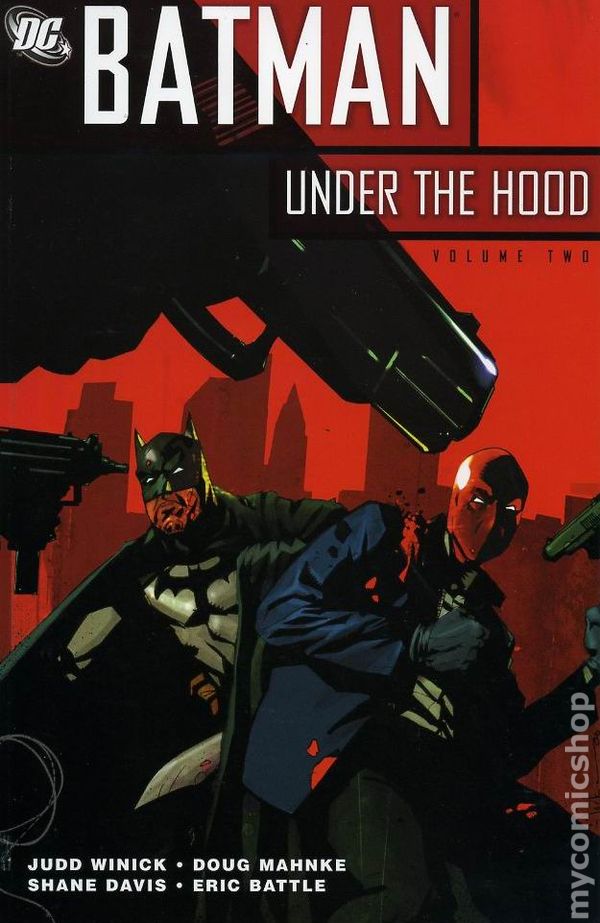 Under the Hood (Wikipedia)

Is Jared Leto's damaged Joker secretly Jason Todd? While this would be a great twist for some, maybe it shouldn't be so. Yes, the rumor was debunked. However"¦

Under the Hood is one of the most iconic storylines of the Dark Knight. And it tells of the failure of Batman as a mentor. We already know that Jason Todd is the Robin who died in this continuity, and we know the Joker did it. So what if the first Batman flick adapted elements of this storyline?

And there is plenty of room for other Batman villains to be featured, besides Jason Todd and Joker. We'd also catch a glimpse of the Lazarus Pit and, of course, the real Ra's al Ghul. And Batman would have to be an actual detective - just as Ben Affleck said he would be.

Come on - this is the most persistent rumor ever since the pic with the Robin suit was released. And I guess you'd also want to see Jason Todd imparting justice and building his own empire in Gotham. 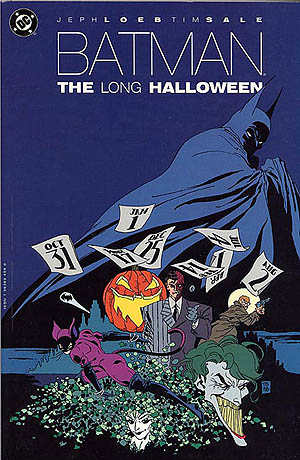 If The Batman will showcase the Dark Knight's detective skills, then it needs to adapt The Long Halloween. This is the comic book cited by Christopher Nolan as one of the most influential for his Dark Knight Trilogy. And it is very intricate, featuring some of the most iconic characters from the rogues gallery.

However, it is still one of the most highly regarded Batman storylines. Yes, it features a younger version of the superhero. However, it shouldn't and needn't be so on film.

We've already had a terrific Harvey Dent on screen, in the Dark Knight. However, the Long Halloween version would be the most complete one.

Which of these storylines should be adapted in the first Batman flick of the DCEU? Did you have any other(s) in mind? 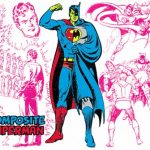 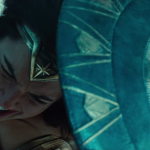