Age of Ultron - Trailer Scenes Skipped by the Movie

Age of Ultron is the behemoth everybody hoped for it to be - after a nearly-record breaking debut, the movie held up on the first place at the US box office, dwarfing all the competition. It took a dive of almost 60%, but still"¦

So the fans love it. But do you know what would have made Age of Ultron an even bigger success? If it was a bit longer - not the extra hour Joss Whedon was talking about, but at least enough to contain all the scenes we have seen in the trailers.

Epic Age of Ultron scenes only in the trailers

The creation of Ultron

Just to let you know, we aren't going to follow the Age of Ultron scenes chronologically. Instead, we are going to present the ones which seemed the most important.

And one of these scenes concerns the creation of Ultron - in the trailer, we caught a glimpse of it, which prompted us to believe that, by the end of the movie, Ultron will have downloaded itself into a full vibranium body. It wasn't so - his plans were much more"¦ complex than that.

Another scene skipped in the movie, which was equally interesting if not more, was the one of the mysterious woman. We simply cannot believe that Joss Whedon would have sent us a trailer containing moments which meant absolutely nothing (as he later on said).

Another very interesting scene was the one when Quicksilver dies. We see in the cinematic cut of Age of Ultron how Scarlet Witch screams in despair. However, it would have been a greater impact if the actual trailer scene was kept.

The primordial scream, that is

Another interesting shot, and quite a cool one, was with Black Widow and her brand new batons. Sure enough, we saw plenty of action with her in the movie, but maybe this should have been also kept.

Common, this Age of Ultron trailer scene was pretty cool

Ultron and the twins

Lastly, there are two other scenes that didn't make it into the cinemas. One is with Ultron and the twins, as he turns toward them quite dramatically.

And then there is the wide shot with all the Avengers in the Quinjet. The dramatic moment would have been enhanced if, in the finale Age of Ultron cut, Thor faced the camera just like in the trailers. 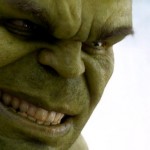 Hulk 's Next Appearance In A Marvel Movie
Next Post 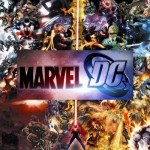