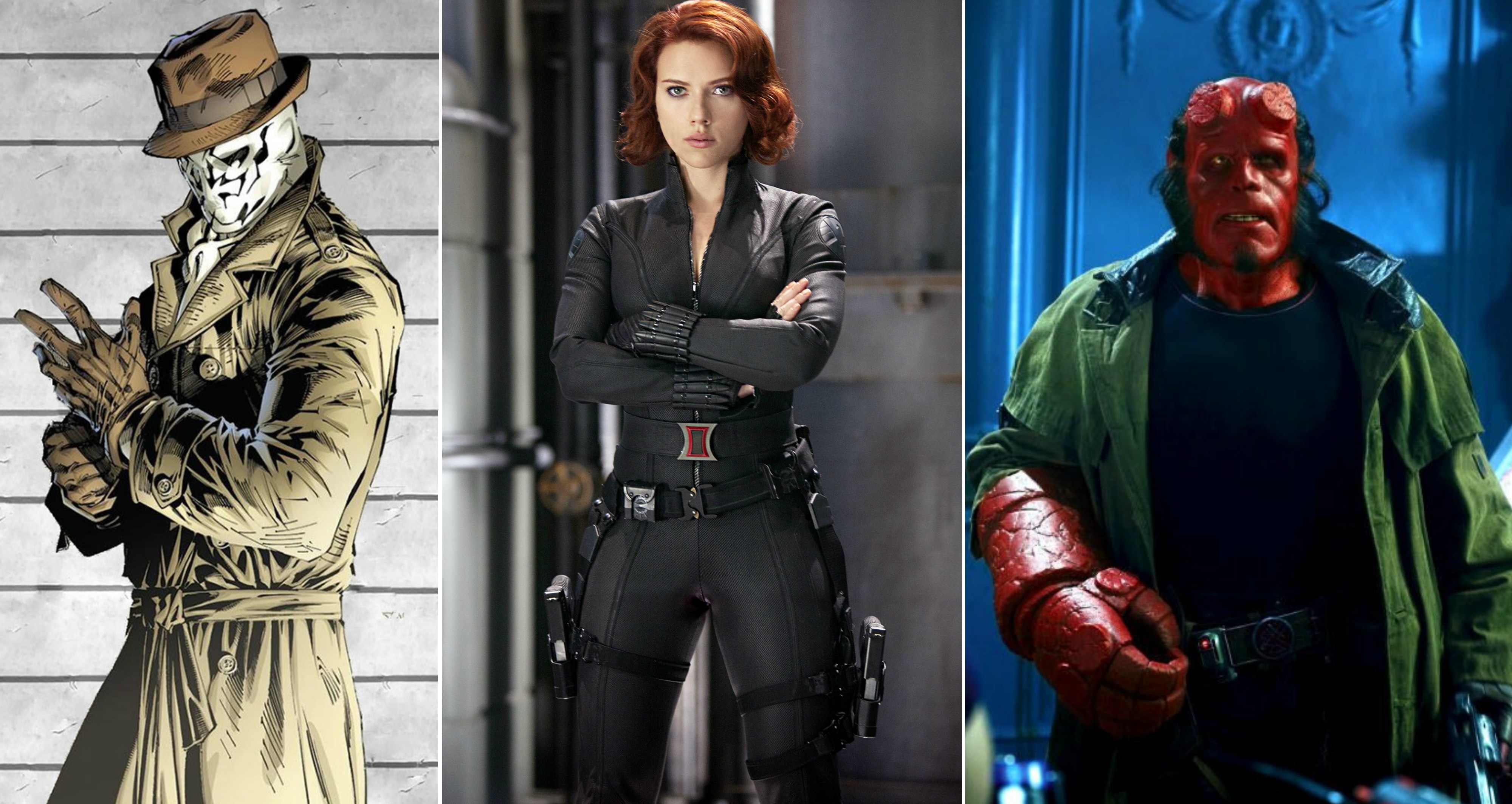 One of the first signs that a comic book movie will be a hit with fans is how it presents its heroes and villains, specifically their physical appearance and the costumes that make them so recognizable.

In some cases, it simply doesn’t work to just stick with a character's original look, especially if the studio is aiming for a more realistic look. As an example, compare 2002's Green Goblin with 2014’s version. In other cases, there’s no excuse for changing or adapting an iconic comic book costume for the big screen.

Thankfully, there are plenty of instances when the transition’s made so smoothly that the character seems to jump straight off the comic book page. So check out our favorite comic book movie costumes, based on how faithful they remain to the source! 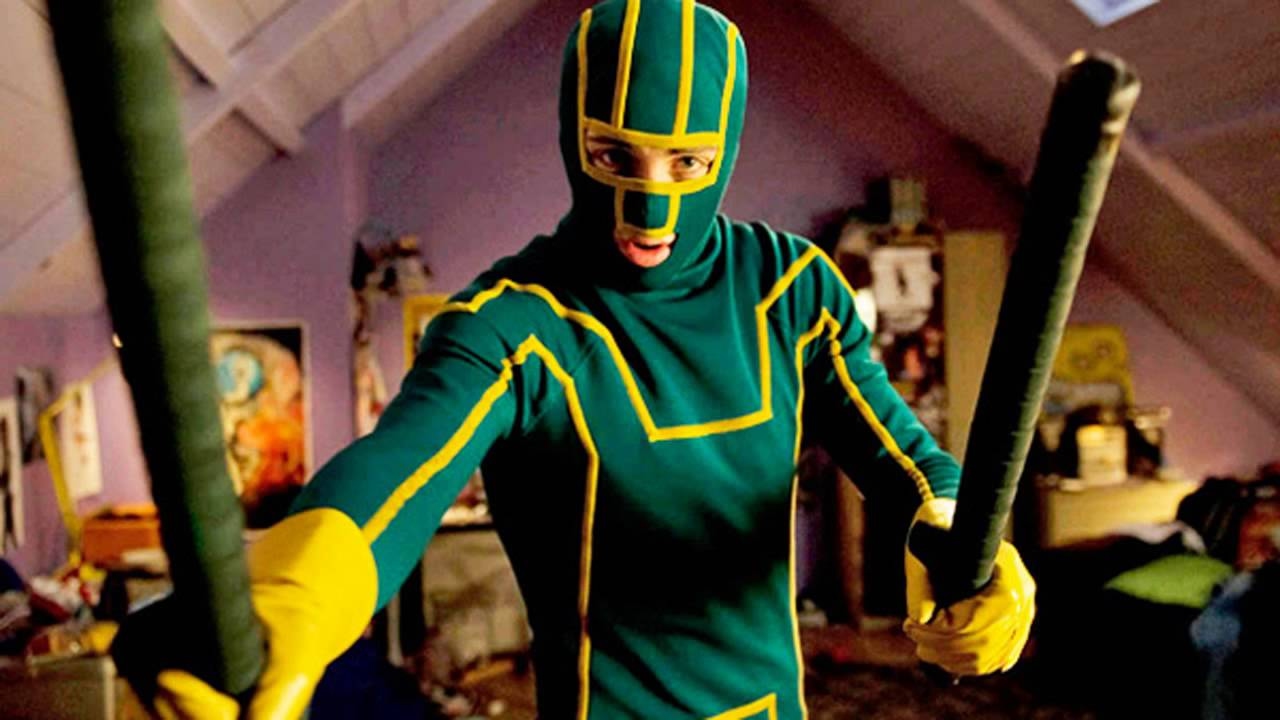 What happens when a teenager, inspired by his favorite comic book superheroes, decides to become a superhero himself? Since most teenagers don't have billionaire parents, and aren't stealthy ninjas, they go online and purchase a costume.

Such was the case of Kick-Ass’ Dave Lizewski. He didn't have the skills to sew his own suit (as Spider-Man inexplicably did), so he went online and bought one, had it delivered, and tried it out. As the character said, all he needed in addition to that was a combination of optimism and naivete. 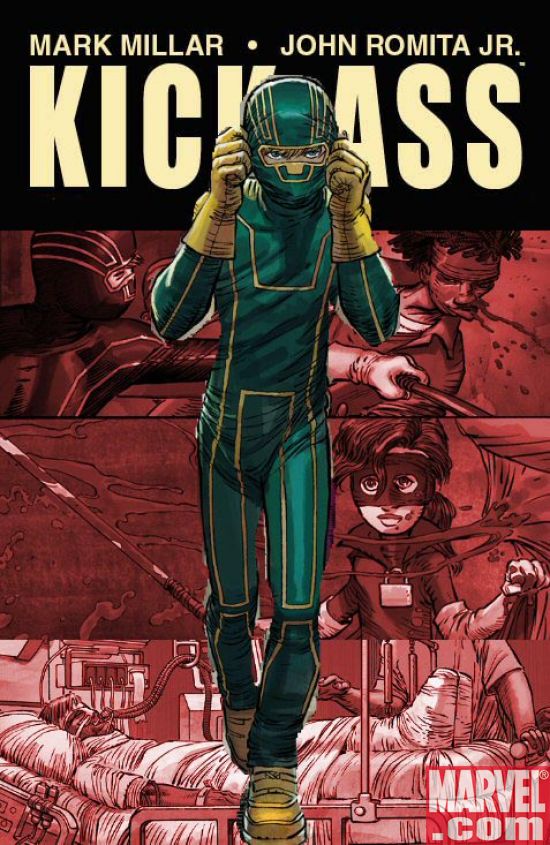 He was wrong; he also needed training, and maybe a bulletproof suit. Nonetheless, the costume we saw in the film was as close as it could get to the comic book character’s costume. Aaron Taylor-Johnson might not have had the same physique as the Dave Lizewski from the comics, but we won't hold that against him. 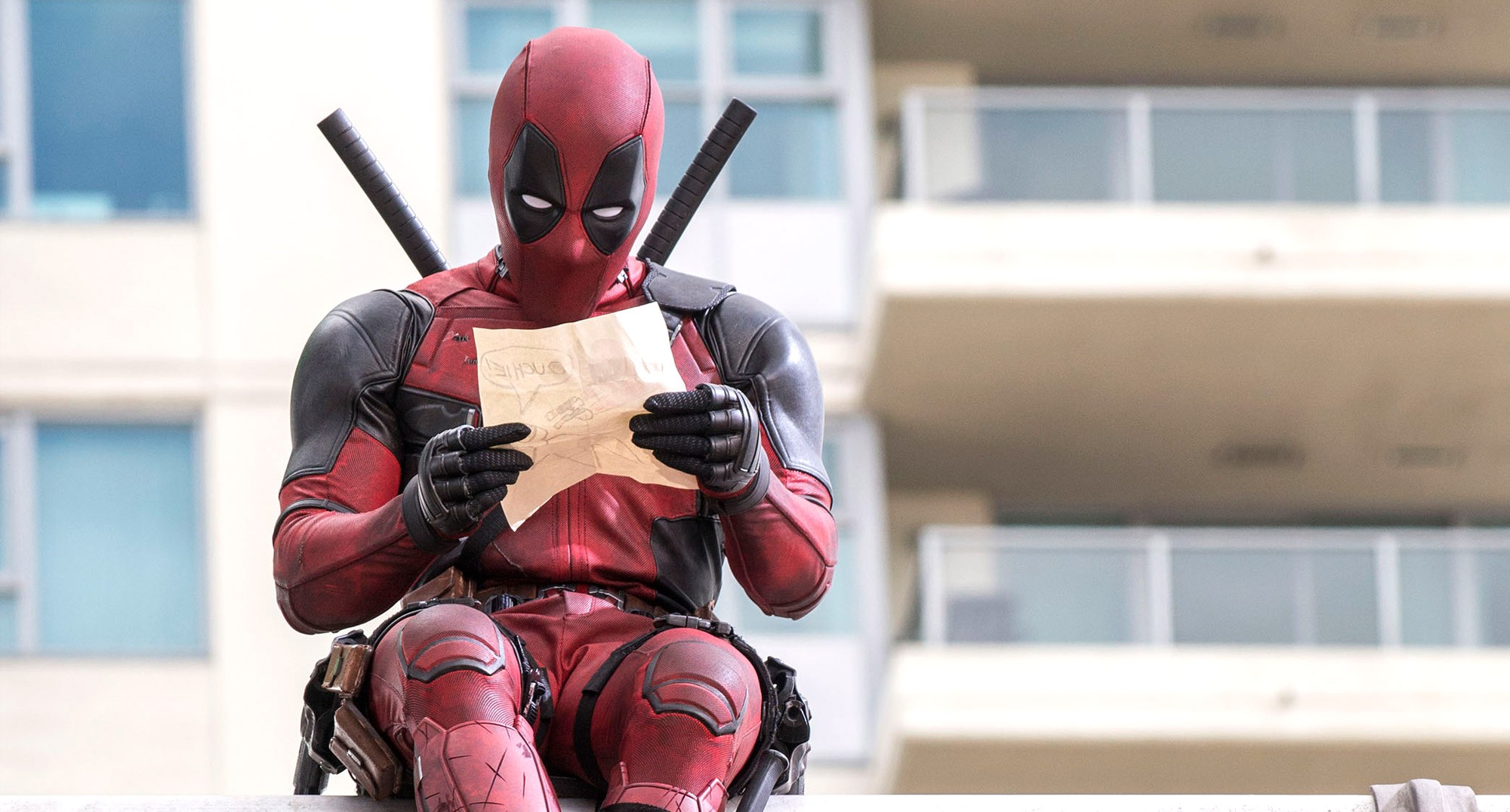 As far as comic book character adaptations go, they don’t get any better than Ryan Reynold's Deadpool! Reynolds is Wade Wilson on a daily basis, so all he needed to become Deadpool was the costume. And the costume he came up with was perfect!

Sure, it may have a little too much padding. But other than that, it’s a perfect replica of the comic book character’s costume! We understand the need for padding; the suit is more about utility than fashion.

And how Deadpool arrived at this design was a funny story in itself (just as funny as the Captain Deadpool joke). When you know you're going to bleed (or you'll be bled upon), you need a red suit! You won't have any problems when you wash it! 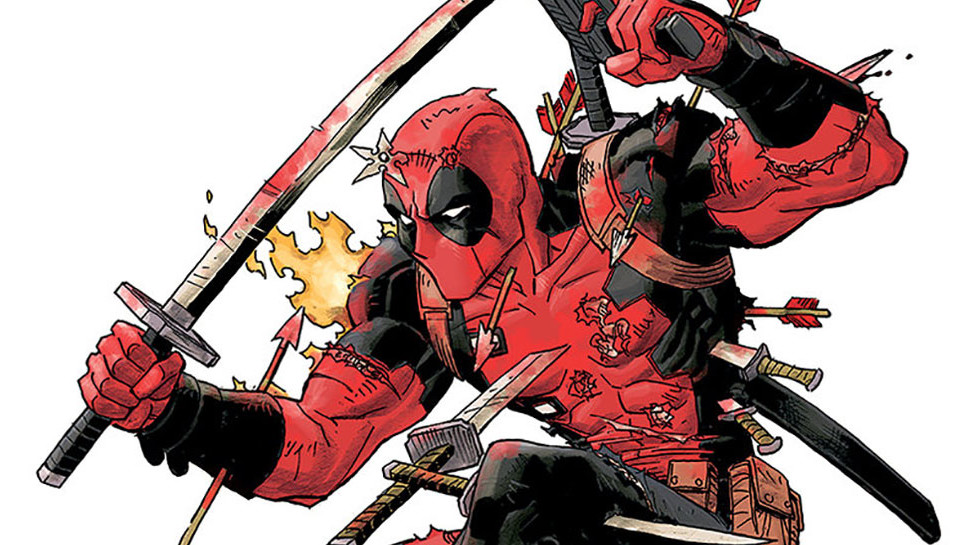 The CGI eyes perfectly complemented his get-up, although fans at first wondered whether they’d work.

We can't wait to check out Cable in action in Deadpool 2, as well! 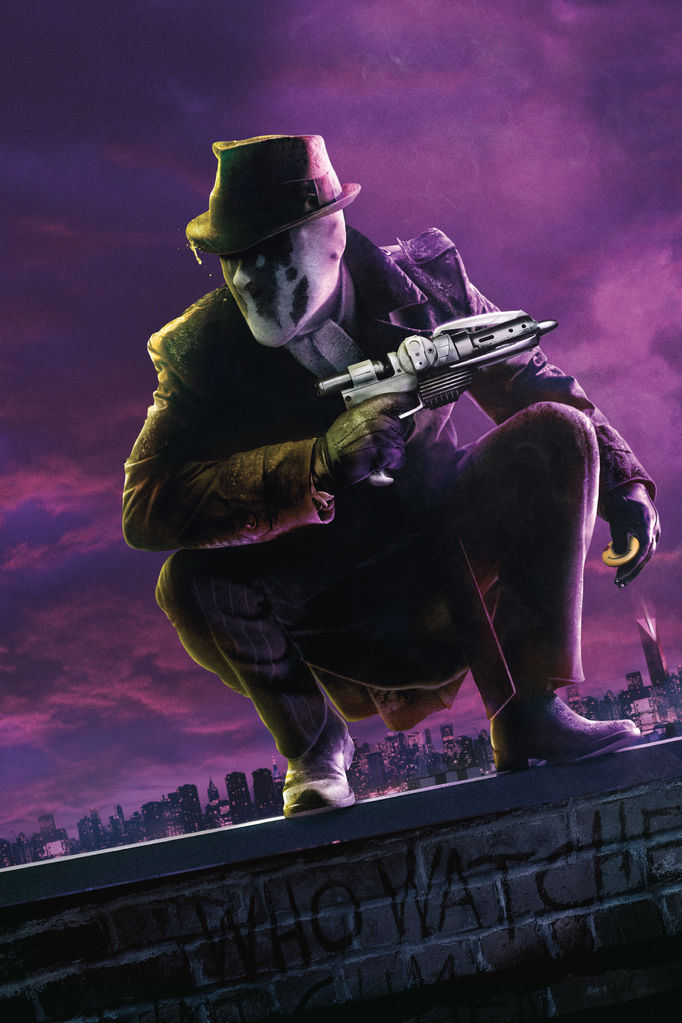 Like most of Zack Snyder’s movies, Watchmen was as divisive as it could get. However, nobody can deny that the director has an eye for visual storytelling. And that applies to the way he adapts iconic comic book costumes for the big screen. Sometimes it seems that he tries a little too hard, although his end result almost always looks awesome.

Rorschach required a trench coat, slacks, and a hat. But Snyder took things further, managing to stay true to the character's emotions, as well. Deadpool more subtly expresses emotion with his CGI eyes, and Rorschach does the same with his mask. 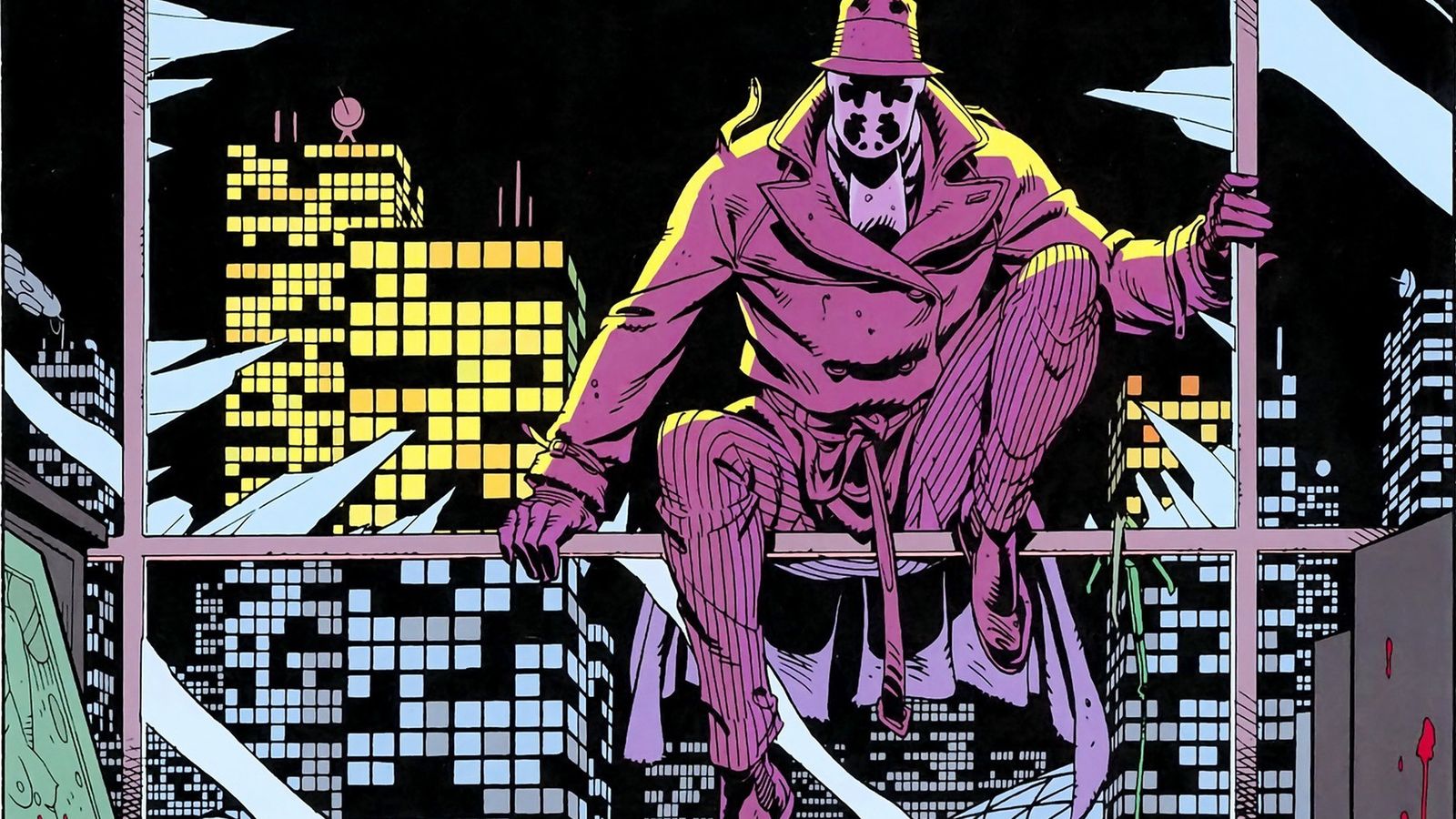 When the ink on the mask moves, it flows perfectly, adding even more depth to the character.

As far as the rest of the costume is concerned, Snyder didn't overdo it. He stayed true to the character and avoided adding anything that Walter Kovacs would have never had access to, such as armor padding.

Rorschach's look is among the best we've ever seen in a comic book movie! 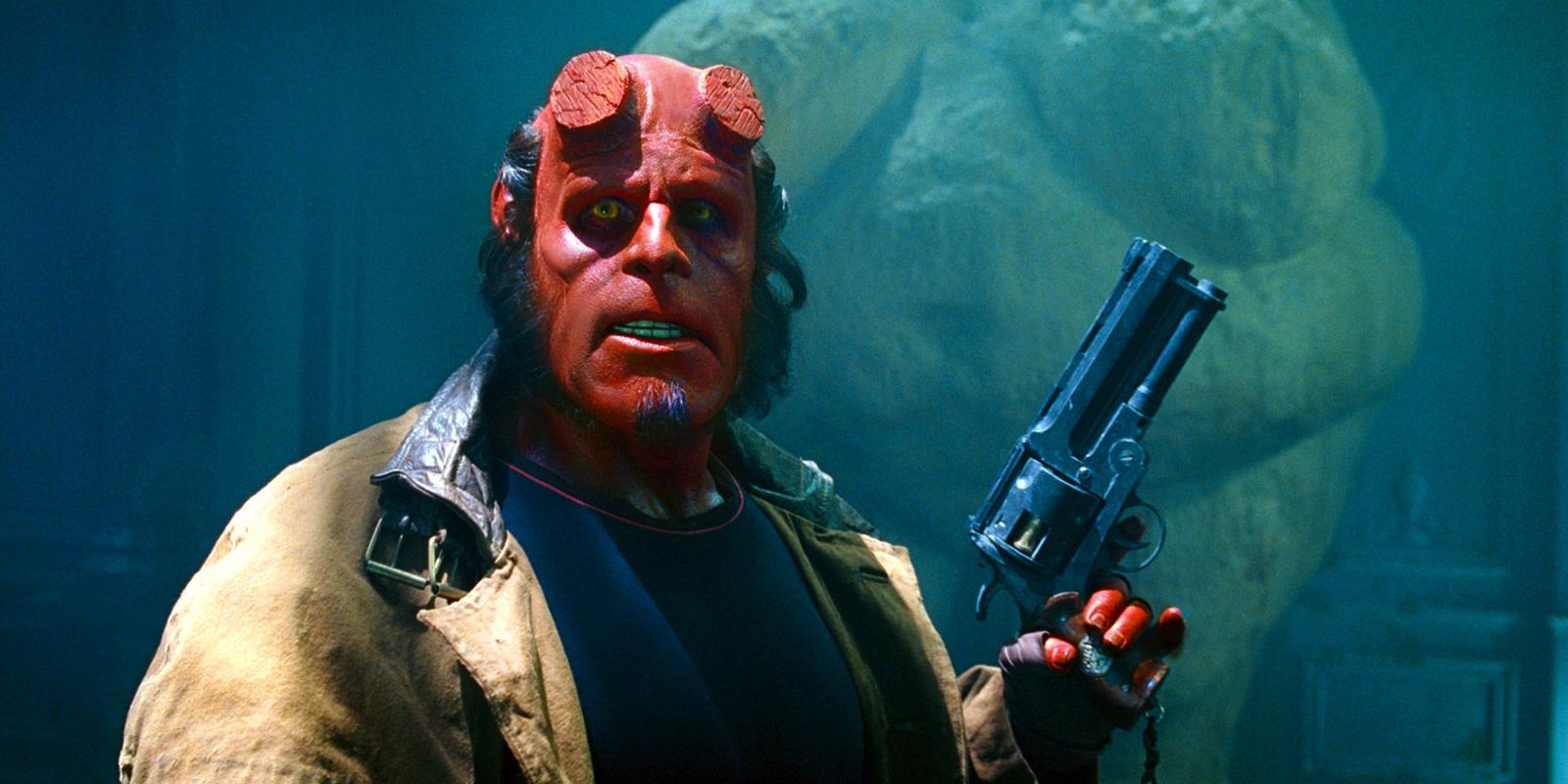 Like Rorschach’s, Hellboy’s on-screen appearance was relatively easy to adapt. In the comics, the character wears a trench coat, a belt with all sorts of things hanging from it, and (of course) the essential Right Hand of Doom. The latter isn't part of the costume, but still.

Thanks to Guillermo del Toro's dedication, Ron Perlman's version of Hellboy looks very accurate. There were some minor alterations, but they were unavoidable because Perlman is human! 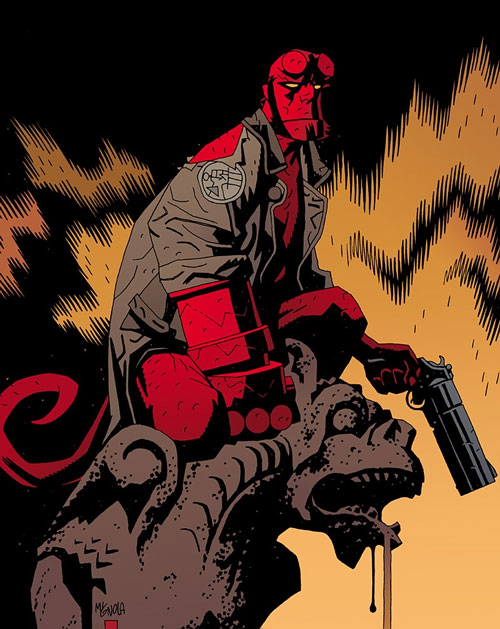 Of course, including Hellboy on this list might be considered cheating. After all, Perlman had to wear prosthetics and was painted red. But the character didn't require any CGI"¦ 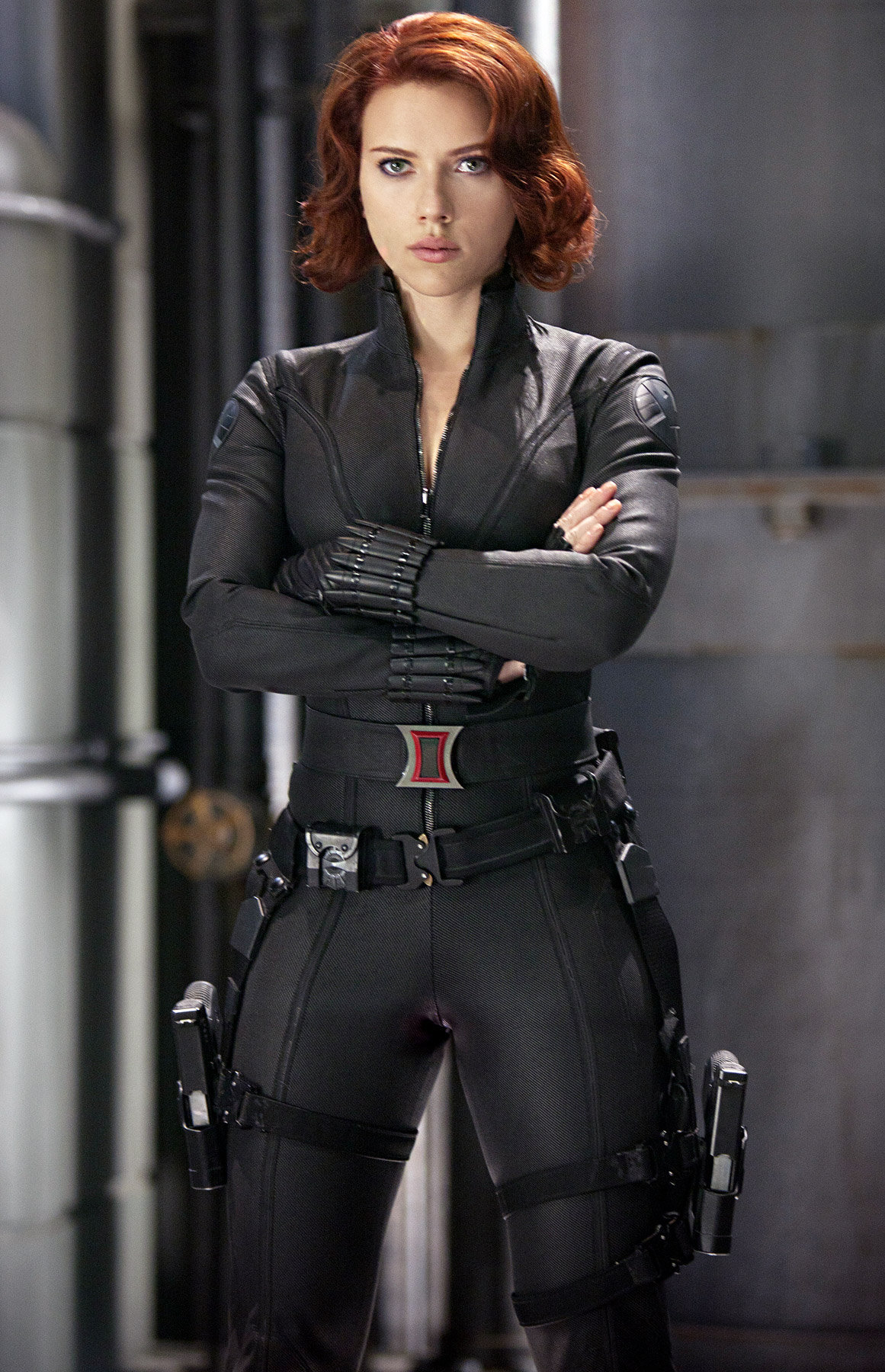 Nearly all female comic book characters (heroines or villainesses, it doesn't matter) are sexed up, and we aren't talking about just their bodies. Their skimpy, glossy, skin-tight costumes are sexualized, too.

Black Widow is no exception to the rule. Her comic book costume was made of shiny fabric that accentuated her generous curves, and up-front zipper was usually at half-mast. 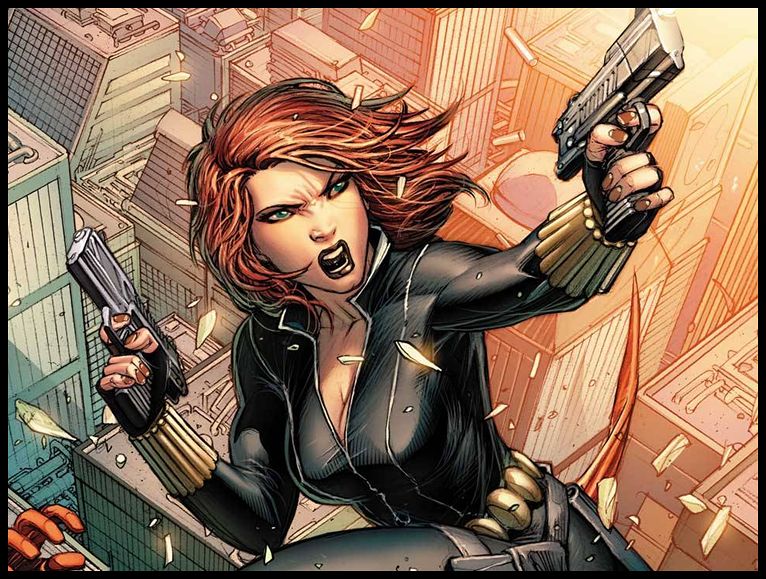 The stingers on Black Widow’s wrists are quite large, but that’s just a minor detail, so to speak, since the costume Scarlett Johansson wears in the movies is pretty accurate. Any changes the directors might have made were for the sake of utility. For example, the stingers in the comics look heavy, but they blend in perfectly in the movies.

Even with her many fans, Psylocke was criminally underused in X-Men: Apocalypse (Mei MelanÃ§on played a version of Psylocke in The Last Stand). But we should have seen it coming; the movie had so many characters to juggle. And we should have seen it, although Olivia Munn expressed her enthusiasm and said she was a fan and would be game for a Psylocke solo flick.

She may not have had much of a role in X-Men: Apocalypse, but she looked exactly like the comics’ Psylocke. Remember what we said about the costumes being skimpy? Bryan Singer upped the ante here, and showed some cleavage! 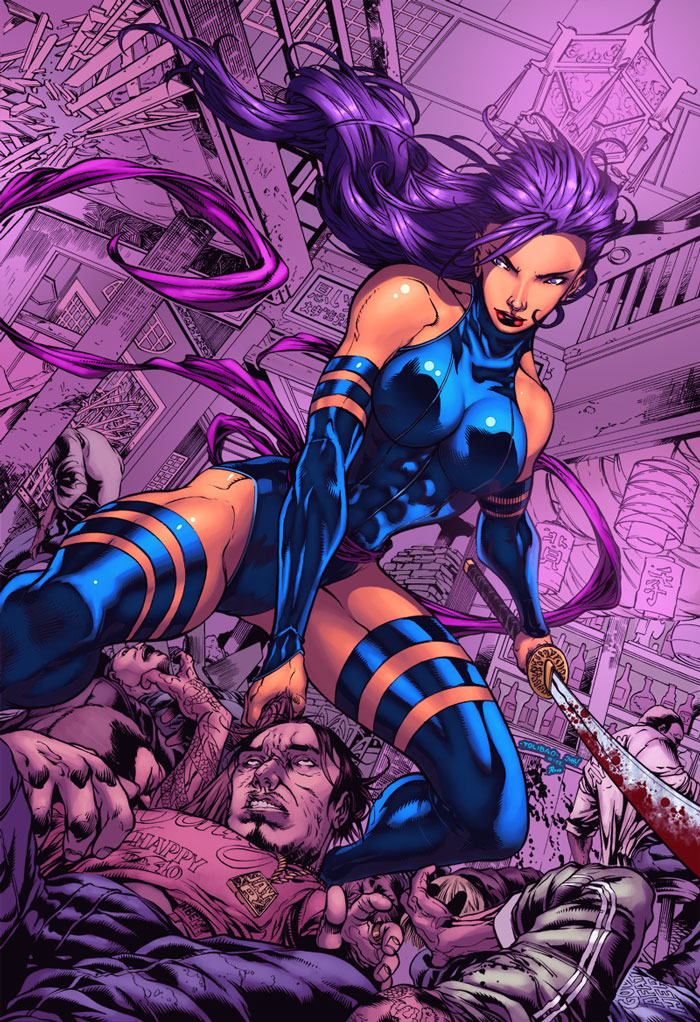 Maybe Psylocke will have more to do in X-Men: Dark Phoenix"¦ 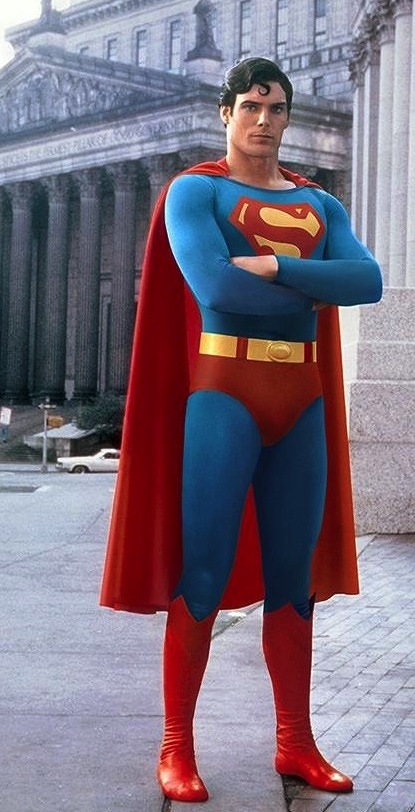 Physique-wise, Henry Cavill is a better fit for Superman than Christopher Reeve, but Reeve was the Man of Steel from the comics. Whereas the relatively new DC Extended Universe superhero is dark (a perfect fit for the costume), the Christopher Reeve version appeared to be all about hope.

With the exception of some minor details, such as the shape of the boots’ tops, the 1978 Superman costume is the costume from the comics. The color may be a bit faded in the movie, but the belt, the symbol, and the cape are perfect. 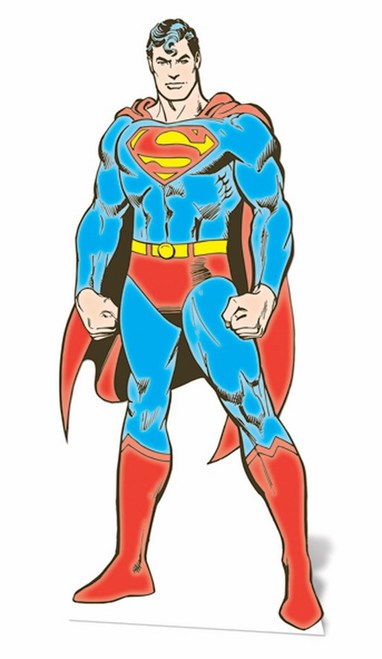 Be honest: Reeve made even the underwear work on the big screen! 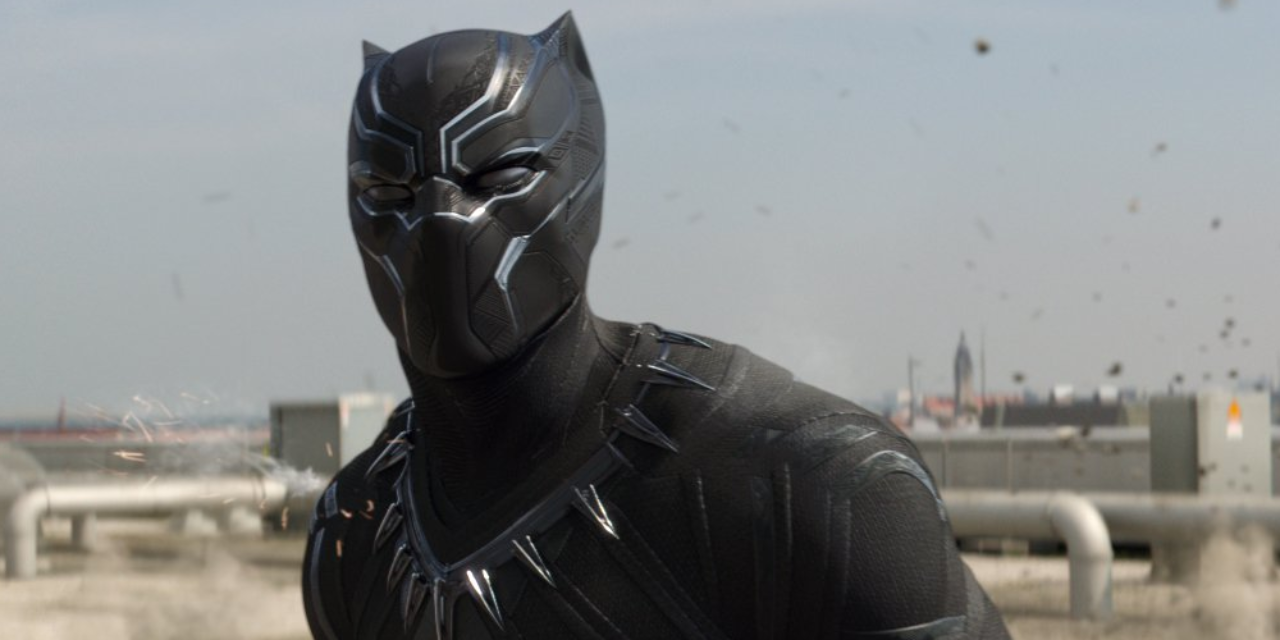 Black Panther is a newcomer to the Marvel Cinematic Universe after making his debut in 2016's Captain America: Civil War. Despite that, Chadwick Boseman's T'Challa is an imposing onscreen character, with or without the costume.

And the costume is perfect! Sure, it’s almost unrelieved black, with a few ornamental details thrown in. But maybe this is the type of costume that’s hardest to translate to the big screen. 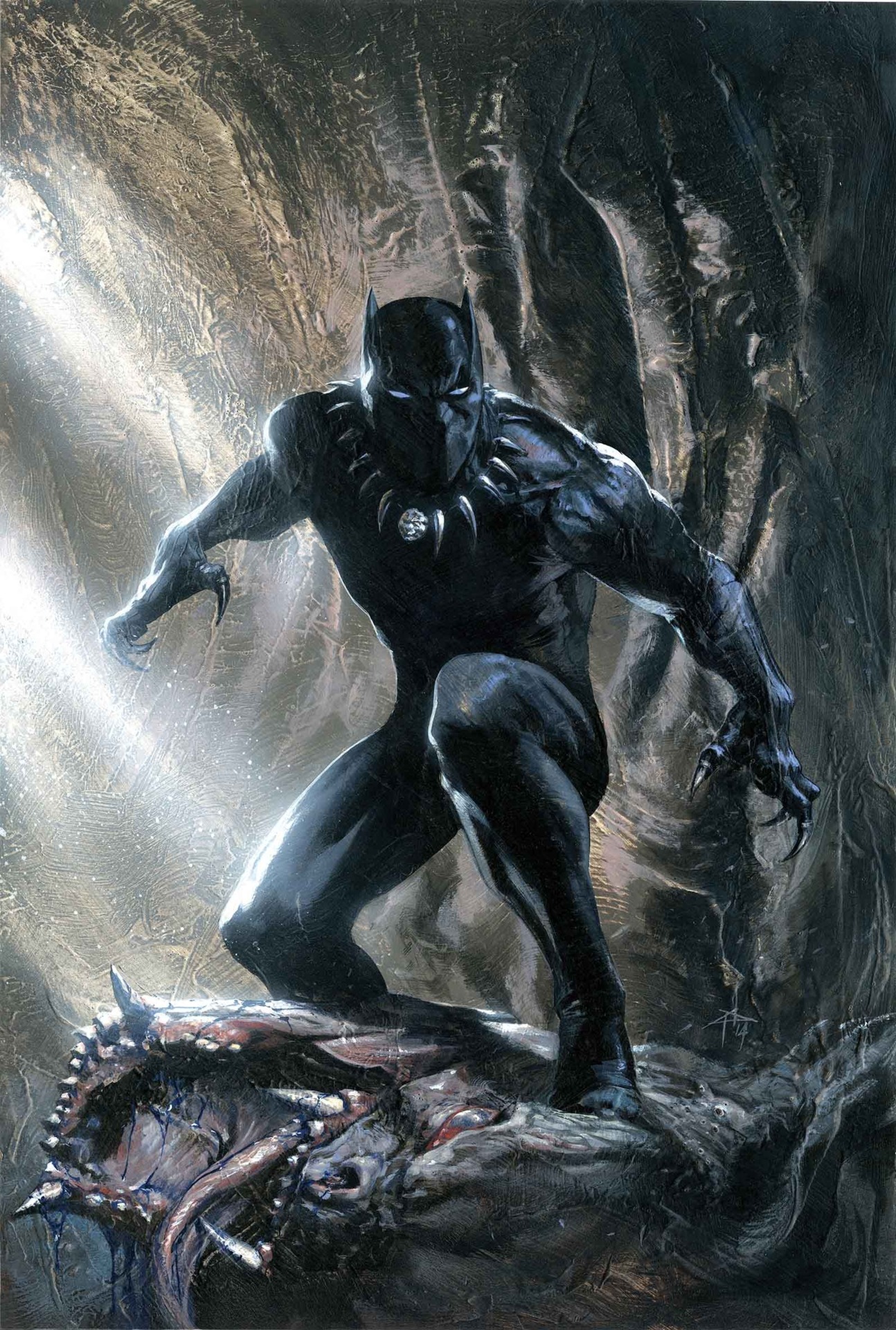 We might add that the T'Challa's costume looks as if it were actually sewn with vibranium fibers. We can't wait to see more of it when Black Panther's first solo movie arrives in 2018! 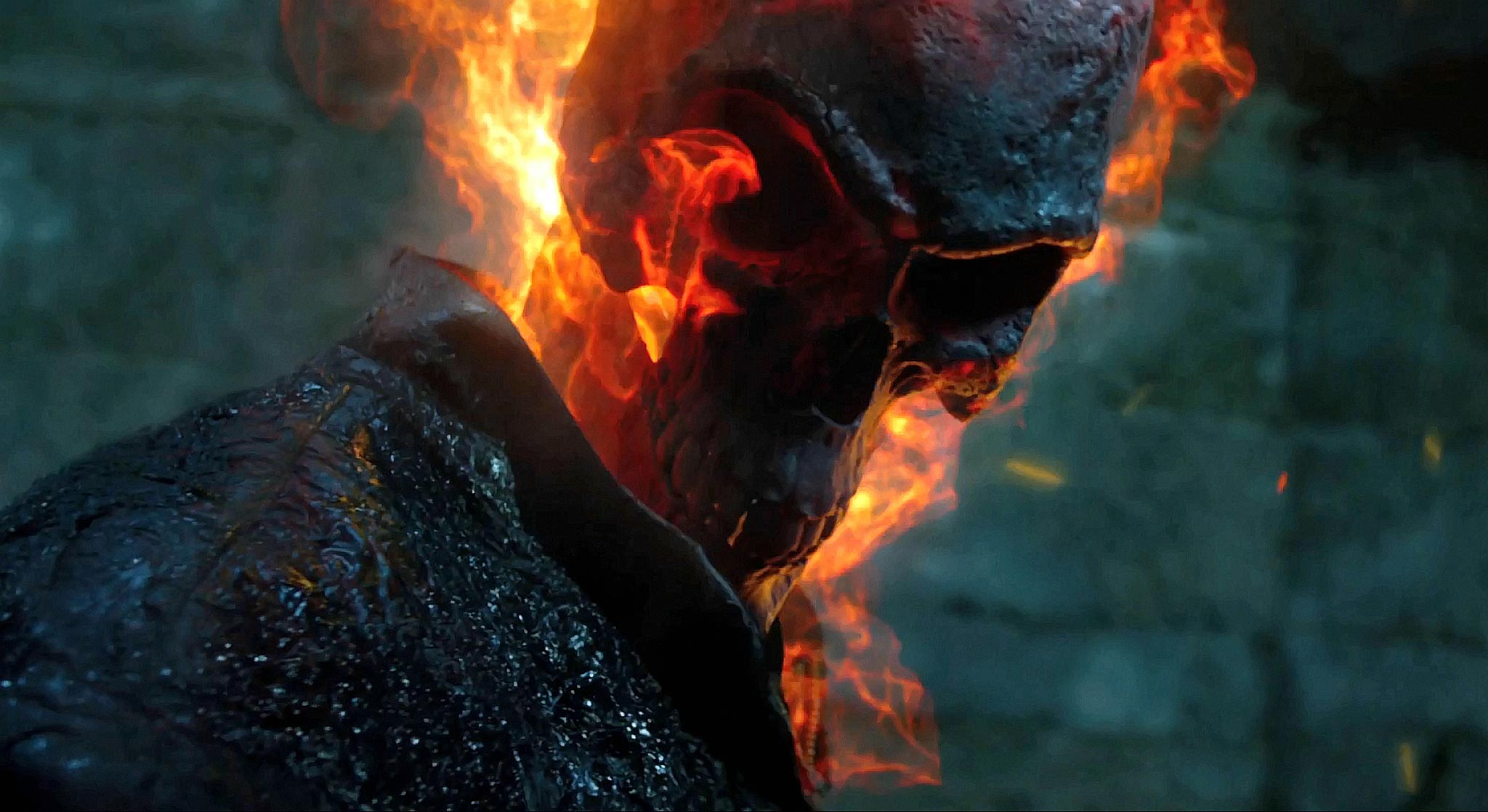 Ghost Rider: Spirit of Vengeance can’t be termed one of the greatest comic book movies ever made. As a matter of fact, we didn't even like it, but not because of Nicolas Cage. The problem stemmed from a poorly written script and bad direction. But the character's suit was as sweet as it could be, because it stayed true to the comics.

The first Ghost Rider was a bit too slick, making it hard to believe that the character came from Hell, especially with those shiny spikes on the jacket. It was better in the sequel, because it gave Ghost Rider a rough appearance that made him look like a spirit of vengeance. 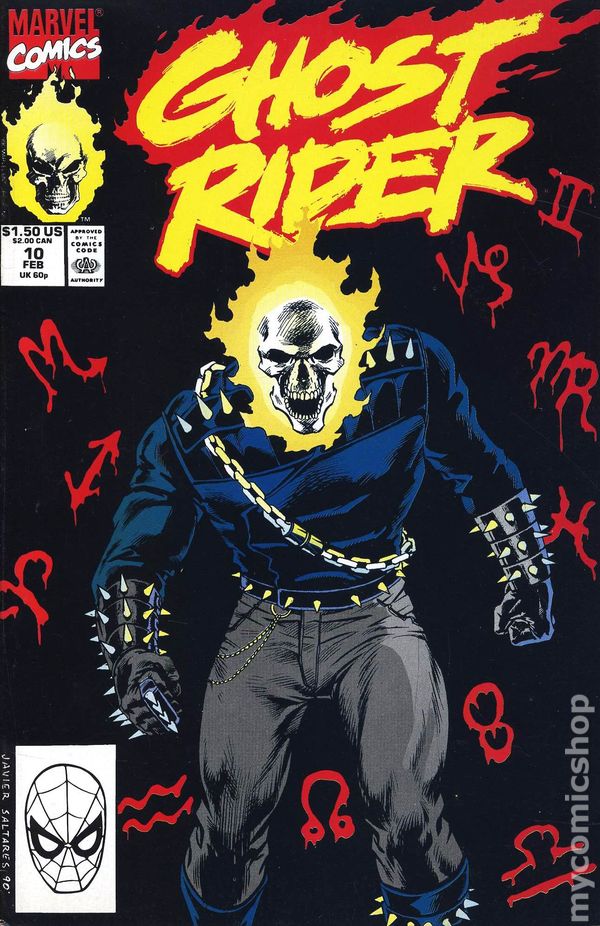 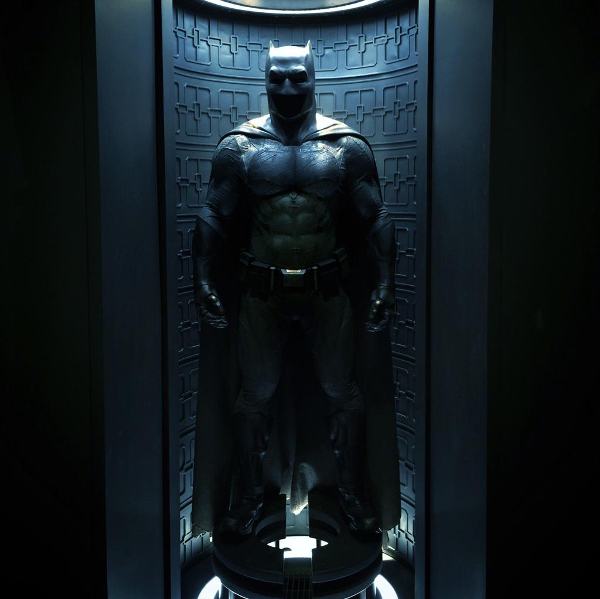 Lastly, Zack Snyder gave us one of the best versions of Batman ever, played by the towering Ben Affleck. In fact, Affleck’s Batman may have been the best version of all. Having one of the most iconic Caped Crusader costumes didn’t hurt.

Apparently, it was fairly simple for Snyder to stay true to the comics, since the costume is so much like the comic book version that he could have gone to the costume designer with a copy of The Dark Knight Returns in hand and asked for that exact suit. 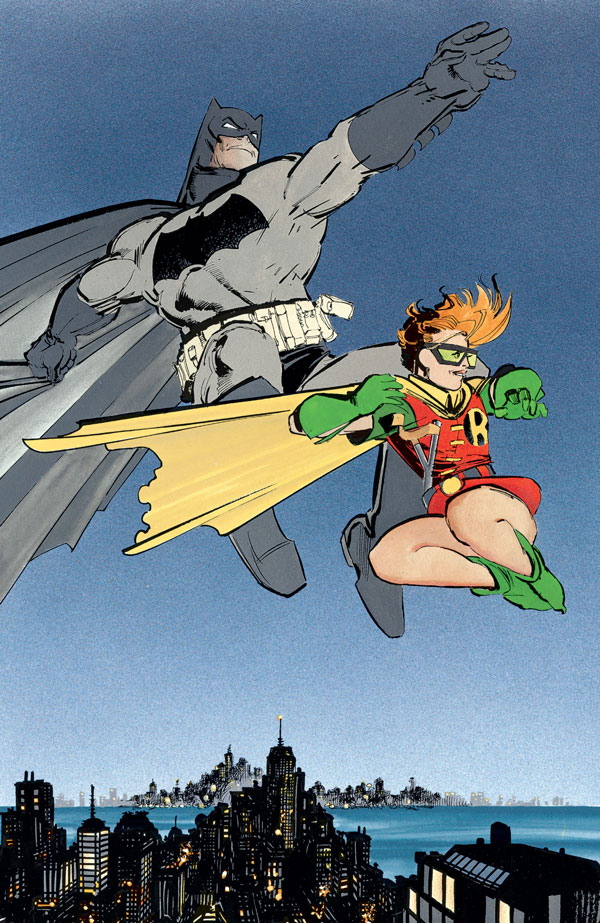 The cape, the not-too-long ears, the fat symbol (as naysayers called it), the faded-out colors, the boots…all of it is perfect. If the script had been as good as Batman's new look was, Batman v Superman: Dawn of Justice would have been the best superhero movie ever!

Okay, the utility belt was a bit different, but again, the director was going for practicality.

What do you think? Are there other costumes that should be included on this list? 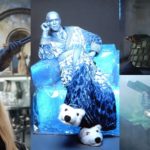 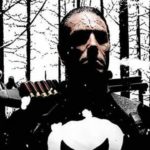