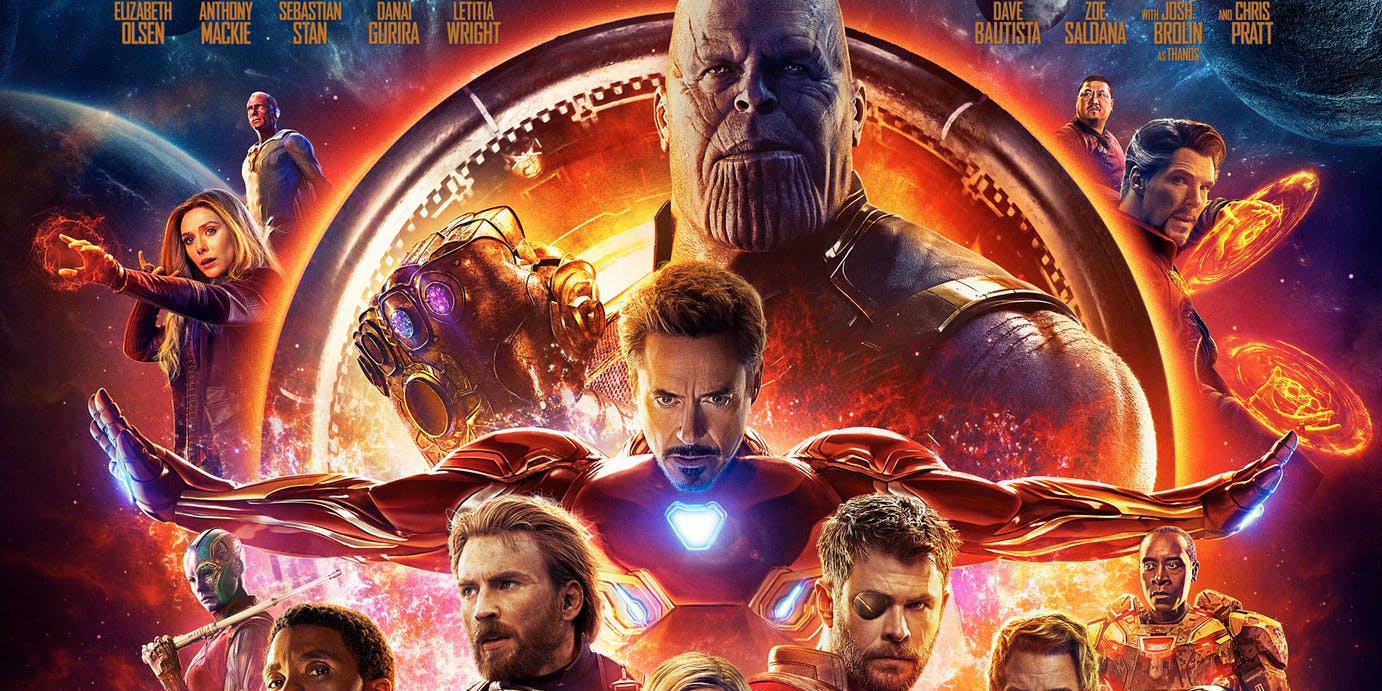 Well, folks, the new Infinity War trailer is out, and I haven't felt this excited about a Marvel trailer in a long time. Maybe it's just me, but this rings all my bells in a unique way.

Let's talk about some neat little character and plot moments that we would otherwise ignore because of the "ZOMG, here's who Proxima Midnight is" hot takes.

Note: Some of the images came from the first trailer, because there weren’t great screen caps for certain moments. 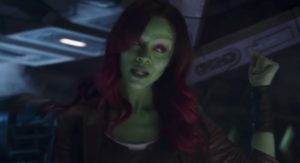 During this nice little conversation with Tony Stark, Gamora finally gives us a goal for Thanos (it's possible that this was leaked in some sort of Internet thing, but I try to not get too spoiled).

Thanos wants to wipe out half the universe "with a snap of his fingers." This was also Thanos's goal in the climactic and famous Marvel Comics event Infinity Gauntlet, which seems to serve as the inspiration for this film. In that story, however, Thanos actually achieved his goal"¦right at the beginning of the story.

In fact, it was when half of Earth's population suddenly vanished that the heroes were tipped off that something weird might be going on. In the original story, Thanos did this because he was in love with the actual Grim Reaper.

As of yet, we don't have an official reason for Thanos’ desire to halve the cosmos Nor do we know whether he's still proving his love to someone (Hela? If she survived Ragnarok, she'd be the go-to avatar of Death). 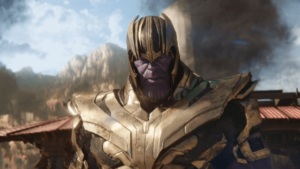 2. Thanos Has His Little Hat

I loves me some Thanos, and his silly badass helmet, too. From what we’ve seen in the trailers, his appearance will be quite stripped-down. The t-shirt and jeans Thanos, if you will. In his previous MCU appearances, (Avengers, Avengers: Age of Ultron, Guardians of the Galaxy), he wore more traditional Thanos helmets and gear.

But nothing comes close to the battle-ready suit he's sporting in some of these clips. However, most of them seem to be from flashbacks, specifically those related to Baby Gamora. Thanos has had tons of different looks across the comics, and has even appeared as a cosmic space farmer. But the gold and blue armor is his most memorable attire so far. So whether or not he goes full Omega level on Earth remains to be seen.

Maybe he's saving it for when he finishes bedazzling his mittens. 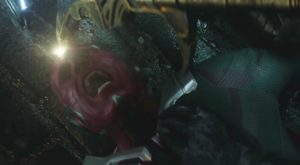 This trailer also seems to give us a more complete picture of our heroes' plan for combating Thanos, and it seems pretty smart.

While Thor, Rocket, and Groot head off to get our Thunder God powered up, the rest of the Avengers seem to be gathering all the available Infinity Stones in one easily defensible location. This is why Vision and Dr. Strange are being dragged along. We know that Thanos has easily acquired the Power and Space Stones, and as I just mentioned, Mind and Time are jammed inside two Avengers.

We don't know exactly what the Soul stone is (and no one cares about your fan theory, so stop bothering your friends about it), and the Reality Stone is still unaccounted for. When we last saw it, the Collector had full possession of the thing, but we don’t know whether it’s still there post-Guardians Vol. 1.

I rode that California Adventure ride, too. It didn't answer any of my questions. 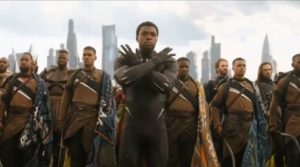 I mentioned that the Avengers picked an easily defensible location for the Infinity Stones, but what is the place? It’s Wakanda, baby.

Fresh from Black Panther, people are loving the African Nation's cast and aesthetic. It's also super fun to see all of those things back again so soon after we were first introduced to them. It also makes sense from a storytelling perspective. If you want to protect something, you take it to a country full of warriors and crazy future technologies.

Some people buy safes, and other people take  their super powerful space tech and stick it in the world's most advanced nation. That's a smart plan. And it gives me more Okoye, Nakia, and hopefully Shuri, plus my favorite Avengers. Hell, Okoye is on the poster. She should probably be a straight-up Avenger, if we're being honest. 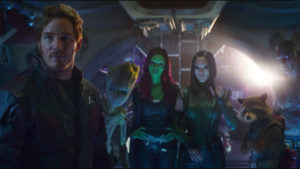 It’s also of note that we get to see the Guardians of the Galaxy come to earth (well, most of them), which is super exciting for a couple reasons.

First, we haven't actually seen what the Guardians have been doing over the last few years. Both of the Guardians films took place in 2014, six months apart from each other. So odds are that some stuff has changed in the intervening time.

Speaking of changes, it will be quite something to see Peter’s reaction to the world he's re-entering. He was abducted in 1988, before the resurgence of superheroes on Earth. Peter isn't just coming home to 30 years’ worth of technology, he has to adjust to ten years’ worth of public superheroes.

This isn't just an interaction between two popular movie characters; it’s a joke between Peter "Star-Lord" Quill and Tony “Iron Man” Stark, and that makes it more significant.

During the bit, Peter objects to Tony's plan, tells him it sucks, and proposes that he come up with a plan, instead. Tony is bemused and incredibly annoyed. This moment is important, because ten years ago, Tony would have been the one to snark off at a plan he didn't like. He started off as a petulant, whiny, rich boy who matured and grew into the character we see today.

On the other hand, Peter’s been trapped in his childhood since he was abducted. His childishness and state of arrested development are driving forces of the Guardians of the Galaxy movies, and seeing that come into contact with Tony is kind of brilliant. It's really forcing him to deal with his younger, pre-growth self.

And with Spider-Man there as his much younger self, only with kindness and emotional maturity, it's sure to be a fascinating set of character dynamics. 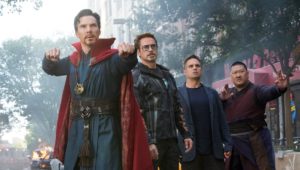 7. Assembling in New and Different Ways

I didn't watch the leaked Comic Con footage, so this is the first I'm seeing of the Dr. Strange/Star-Lord team-up set piece., It looks incredibly cool.

These brand new character combinations are what will make this movie fun. The trailer seems to focus on showing us pairings that we haven't seen before, especially in relation to isolated MCU characters. Doctor Strange and the Guardians each get a lot of screen time, and it's super cool to see those interactions.

This is what made Civil War so much fun. We know the Russos can handle a large cast. Even if this one is quite a bit larger than last time. And it’s more than just the characters; it’s also aspects of the shared universe. We're seeing cosmic jet boots running along magical platforms, folks.

That's an incredible feat of universe building, and it’s brought us to this point. 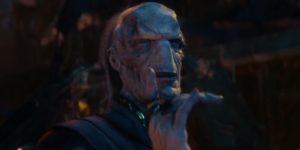 We still haven't seen a ton of the Black Order in the trailers, but Ebony Maw shines in his brief moment here.

In that moment, he tortures the absolute s**t out of Doctor Strange. That one little shush sent a full-on shiver down my spine, and I loved it.

The designs for the Black Order feel like direct translations of the comic art, which is nuts. They're totally out-there space aliens who all look like they could end a world.

It’s important to note that Strange isn't wearing the Eye of Agamotto in this brief shot. It's possible that he just decided to leave the thing somewhere safe, or maybe Ebony Maw has already acquired an Infinity Stone for his dear daddy. Either way, it's cool to see what promises to be a terrifying sequence.

Poor Doctor Strange! He dies (or almost dies) like ten times in his own movie, and now it looks like his track record isn’t about to improve.

For our big moment here, we get what looks like the MCU's adaptation of Infinity Gauntlet's best sequence.

In the comic, Thanos annihilates all of the heroes who oppose him, and he does it with very little effort. Captain American is the last man standing, and he informs Thanos that even when he falls, there will always be someone left to challenge Thanos's rule. In this trailer, the moment is a lot less talky and a lot more "Thanos trying to strangle Cap with his big gauntlet-ed fist"-y.

But that key dynamic is still present. We have big, scary, universe-destroying Thanos, and the man going toe-to-toe with him is just a kid from Brooklyn who wanted to do good. It's kind of peak Marvel Comics, with the underdog fighting the god.

Steve Rogers has successfully become the heart of the MCU, and it'll be something special to watch that play out in Infinity War.

Again, this little tag works, largely because of the characterization it gives us.

Peter and Strange are both fairly new to the superhero scene. Each appeared in his first movie in 2016. As such, they're fish out of water compared to our regular Avengers.

Peter’s introducing himself by his real name is another perfect moment. Of course, he sees superheroing as being part of a club where you're all friends, and that's what he wants it to be.

Strange's confusion is also in character. He's a weird, aloof jerk, and he’s smarter than most people. He's also just getting used to magic and mysticism, so this weird Spider-Boy’s attempts to talk to him have to be throwing him off a bit.

Also, this might be the first time the MCU has acknowledged how silly Dr. Strange's name is (they might have done it in Ragnarok, but I'm unable to check at present). The thing that makes the MCU work so well is that it's a little self-aware, but not annoyingly so. And Dr. Strange is a silly name. It’s a silly name that I love. 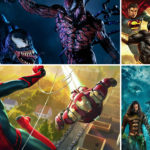 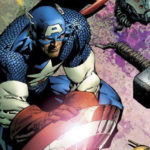