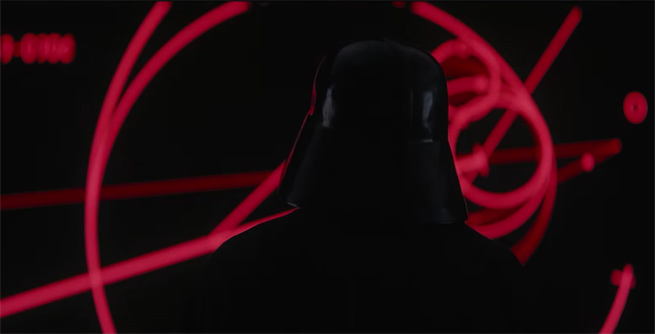 Darth Vader is back. The official second trailer for Rogue One: A Star Wars Story gave a brief glimpse of the franchise’s most iconic villain, who will once again be voiced by James Earl Jones. Featuring mostly all-new footage of intense action scenes and intriguing interactions, the trailer premiered online simultaneously with its TV debut during NBC’s 2016 Rio Olympics coverage.

Aside from Darth Vader, the new trailer featured new looks at nearly every main character in the movie, from the defiant Jyn Erso (Felicity Jones) to the menacing Director Orson Krennic (Ben Mendelsohn). It also showcased the look and voice of the new droid Kaytoo (Alan Tudyk). Once more the ragtag rebel group’s mission is made clear, as well as the stakes involved in their success or failure. Watch:

Rogue One is the highly anticipated first film of the Star Wars Story movies, standalone films about events outside the main “Saga” episodes. This one tells the tale of a group of unlikely heroes tasked to steal the plans to the Death Star, the Empire’s ultimate weapon of destruction, as described in the opening crawl of Episode IV – A New Hope.

While it introduces nearly all new characters, Darth Vader was initially hinted at in the film’s first trailer, when his signature “Imperial March” theme played at the end. Fans who attended Star Wars Celebration Europe were then given a treat, when, after seeing roughly 90 seconds of new footage, the screen went dark and all that could be heard was Vader’s breathing. Applause broke out when the Sith Lord’s reflection appeared in front of a glowing console.

After that, Lucasfilm became quiet about Darth Vader’s role in Rogue One, downplaying it since there won’t be much of him in the movie. Director Gareth Edwards revealed that “it was a process to figure out how to pepper that in, in a way that feels right.” While he’s excited to add to the villain’s story, he didn’t want something like “a karaoke number or just winks and fan service.”

Edwards instead focused on building the story and its new characters. “Hopefully, the goal is that you come to the film for all the reasons we love Star Wars, and you get sucked in, and care about the new people, and then as you're in the midst of all that, familiar things start to pass by,” he adds. 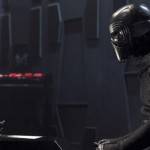