Should These Early Superheroes Be Rebooted? 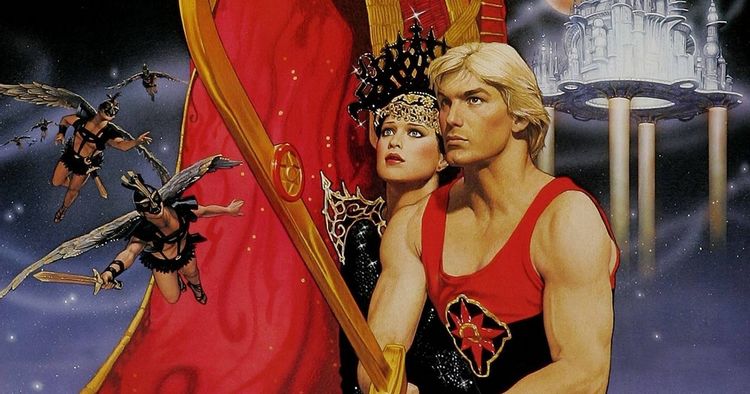 There was a time when superheroes belonged only in the comics and only the avid readers knew all about them. However, ever since Hollywood has taken an interest in bringing them from the pages to the big screens and the various merchandise that lives in our homes. Superman, Batman, and Spider-Man have always been popular, but over the past decade more obscure characters like The Guardians of the Galaxy, Ant-Man, and Aquaman have become well known to the public. Hollywood is known to chase a trend, and everyone is looking for their own superhero property. History appears to be repeating itself.

Even in the 2000s after the boom of the superhero genre, pulp characters like The Green Hornet and The Lone Ranger made their way to the big screen, but even with star power and high-profile directors both films underperformed and failed to capture the audience’s interest, becoming big box office bombs in the process. Yet many of the iconic pulp heroes that served as the inspiration for various superheroes seem to be stuck in development hell, or no studio has any interest in them at all.

As the superhero genre continues to dominate, and various characters from the pages of Marvel, DC, Dark Horse, and Image Comics get films and television series based around them, do the classic pulp heroes that served as the bedrock for the superhero genre still have a place in the modern world? Does Hollywood have any plans for them, and if they do, will the audience even care? These are some of the earliest pulp heroes and if they have a place in the modern world. 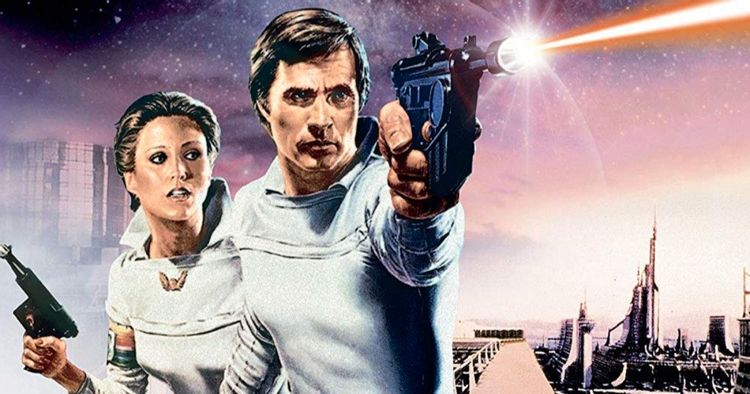 Originating in newspaper comics from creator Philip Francis Nowlan in 1929, Buck Rogers is one of the most influential characters in science fiction, yet despite his initial popularity the character has fallen into obscurity to mainstream audiences and is now more known as a pop-culture touchstone without general audiences knowing much about him.

Due to complicated rights issues, two different Buck Rogers projects are in development, or simply development hell, as some believe they won’t happen anytime soon. One is from Legendary Entertainment, a TV reboot that George Clooney is set to produce and possibly star in; the other is a film from Skydance Pictures, but no further details have been made about that. Whichever one makes it to the screen first, there will always be an audience for science fiction, and the real trick to making this franchise work is devising how it could stand out from the material it inspired.

Created in response to the success of Buck Rogers, Flash Gordon was created by Alex Raymond in January 1934. The character was the star of a number of serials in the ’30s and ’40s, and even served as an inspiration for a young George Lucas when he was creating Star Wars. Flash Gordon’s most notable claim to fame in the modern era is the 1980 film starring Sam Jones that is famous for its soundtrack by the band Queen.

After a failed attempt to revive the franchise as a series for the Syfy channel in 2006, Flash Gordon laid dormant for years. Matthew Vaughn and Julius Avery were attached to direct a live-action remake, before Thor: Ragnarok filmmaker Taikia Waititi signed on to direct an animated version for Disney/Fox before the film was reworked as a live-action film with Waititi’s script that is still in development. The ’80s Flash Gordon film was a big inspiration for Waititi for Thor: Ragnarok, so he seems like the right fit for the material (even if he does have about a dozen different projects going on simultaneously as one of Hollywood’s hottest directors and writers), but one has to wonder what Disney/Fox sees in the property that they don’t already have with their various other franchises. The Spider was created in 1933 by Harry Steeger as a way to compete with the character The Shadow. The initial story concerned millionaire playboy Richard Wentworth, who had served as a major in World War I, and was living in New York City unaffected by the financial downfall of the Great Depression, dressing up in a black trench coat and hat with a mask containing a spider on it. The character appeared in a few film serials but has not been featured much in recent years, outside IDW comic books where the character’s story was relaunched and eventually crossed over with other pulp heroes like The Green Hornet and Kato, a modern-day Zorro and The Shadow.

The biggest thing working against the character being revived is how much The Spider crime fighter is now closely associated with Spider-Man, and the Spider would seem like a derivative of both him and The Green Hornet to a modern audience. However, an atmospheric noir story following the character would make a strong streaming series for companies in need of more streaming material, like Paramount+ or Apple TV. It could even retain its period setting during the Great Depression and be slyly about class consciousness. Preceeding both Batman and Superman by three whole decades, The Nyctalope originated in the 1911 novel Le Mystère des XV (later translated as The Nyctalope on Mars) by French author Jean de la Hire. The Nyctalope has an artificial heart and other organs, which give him powers and improved senses, with the most notable being his enhanced eyes, giving him excellent night vision (in contrast to his name, which stems from nyctalopia, or night blindness). He is both a precursor to the superhero concept, but also could be considered the first cyborg in fiction.

Despite appearing in over 20 novels, the character has never appeared in film or television, and while the character’s origin may seem a little too similar to that of The Six Million Dollar Man, there is still plenty of potential for the property. Either as a feature film series for a studio like Paramount, Amazon, or even Apple, who don’t have a major comic book company to draw from for their own superhero film. The character’s obscurity also lends a level of flexibility with a lot to play with, as a filmmaker could make a more traditional blockbuster or even a more introspective atmospheric character study to keep the budget down. Originating in radio dramas in 1931, The Shadow is one of the most iconic pulp heroes of all time. He has been featured in a number of comics, television series, and film adaptations, with the character getting a big-budget movie in 1994 starring Alec Baldwin in the wake of the success of the first Batman films. The movie was a disappointment, and since then there has been no real project on a film or television series focused on the character. The closest came in 2006 with director Sam Raimi (Spider-Man), and there were even rumors that Quentin Tarantino was to direct a remake, but by 2012 Raimi said the project would not move forward, and no major studio has considered The Shadow since then.

The Shadow has a lot in common with many detective and pulp heroes, so while that may not be blockbuster material, the character could lend himself to a weekly episodic series or a prestigious streaming series, in the vein of how HBO re-imagined Perry Mason. The Batman with Robert Pattinson also showed that audiences are in the mood for a dark atmospheric detective story, so a version of The Shadow that opts for style and atmosphere instead of spectacle might just work. Credited by Marvel Comics legend Stan Lee as the forerunner of the modern idea of superheroes, Doc Savage was created in 1933 and is a scientist, a doctor, adventurer, and detective all in one who went on amazing adventures to punish evil. The character is an icon from the pulp novel days and has been featured in a number of comics and radio dramas. Attempts to get a modern Doc Savage feature film off the ground have been in the works since 1999, with various high-profile talents like Arnold Schwarzenegger and Sam Raimi attached at different points.

Director Shane Black (Iron Man 3) and star Dwayne Johnson were set to collaborate on a Doc Savage feature film, but the project ran into issues in 2018. Then in 2020, it was announced the project would be reworked as a television series, but no news has been made since. Doc Savage is a classic type of hero, a man of adventure akin to the iconic character Indiana Jones (who he likely helped inspire); after the box office success of The Jungle Cruise, Doc Savage could be the next great adventure franchise Hollywood is looking for. 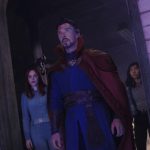 Plot, Cast, & Everything You Need To Know About Aquaman & The Lost Kingdom