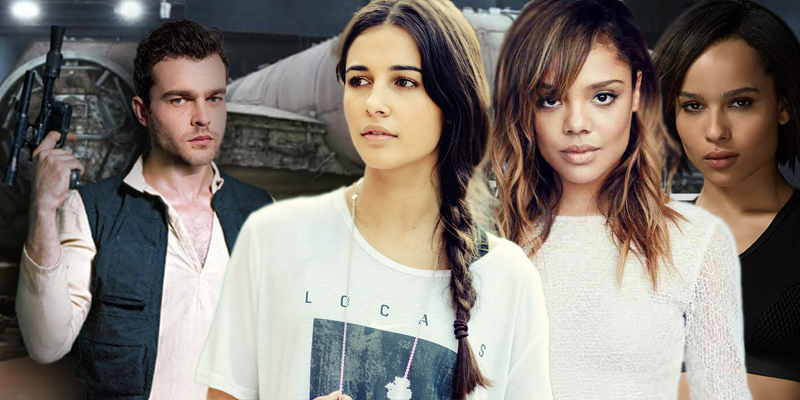 After a lengthy casting process, Phil Lord and Chris Miller have found the titular character of their Han Solo spinoff movie. But they have still a lot of work to do to fill up the cast roster before heading into production in January 2017. According to Variety, the filmmaking duo is busy right now looking for suitable candidates for the female lead and the role of Lando Calrissian.

Three actresses tested this week in London for the female lead, whose identity is still a mystery to us. Auditioning actresses included Tessa Thompson, Zoe Kravitz, and Naomi Scott.

According to the outlet, this isn't the first time Lord and Miller have tested actresses for the role - the first round of tests took place earlier this summer. They are expected to make up their minds in a couple of weeks about who will end up playing the female lead opposite Alden Ehrenreich's Han Solo in the May 25, 2018 release.

Tessa Thompson is best known for portraying Diane Nash in Selma and Bianca in Creed. She will be seen as Valkyrie, the Norse God of Thunder's new love-interest, in next year's Thor: Ragnarok.

Zoe Kravitz has appeared as Christina in The Divergent Series, Toast the Knowing in Mad Max: Fury Road, and Angel Salvadore in X-Men: First Class.

Naomi Scott is most recognizable for her main roles in television shows like Life Bites and Terra Nova, and for playing Ryoko in last year's The Martian. She is set to appear as Kimberly, aka The Pink Ranger, in next year's Power Rangers. 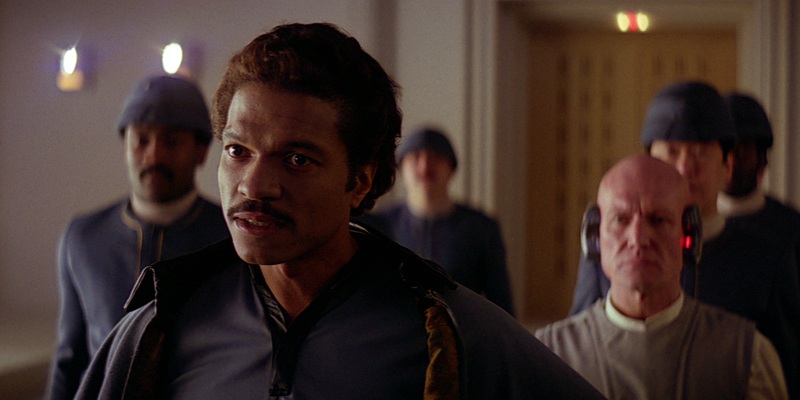 Lord and Miller have yet to cast an actor for the role of Lando Calrissian in the Han Solo movie! (Photo Credit – Star Wars Wikia)

While we have three female lead frontrunners for the Han Solo movie, Community and Atlanta star Donald Glover seems to be only one considered for the role of Lando Calrissian, a character portrayed by Billy Dee Williams in the second and third installments of the original Star Wars trilogy. But Disney and Lucasfilm are not going to seal a deal for the role before a second round of tests have taken place.

But it was Alden Ehrenreich who had to go through the real test, competing with numerous actors for the role of Han Solo. In a recent interview with USA Today, Chris Miller said the following about casting Ehrenreich:

That guy pretty much went through an audition pentathlon; it was like an acting steeplechase. He went against a lot of very strong competitors and was very consistently the guy from minute one. He was the first person who auditioned out of thousands, and just out of the box, made you believe that someday he’d grow into the character we know.

Who do you think will snatch the female lead role in the Han Solo movie? Do let us know via comments! 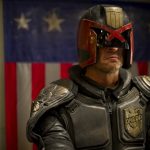 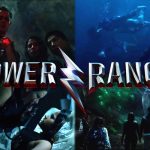