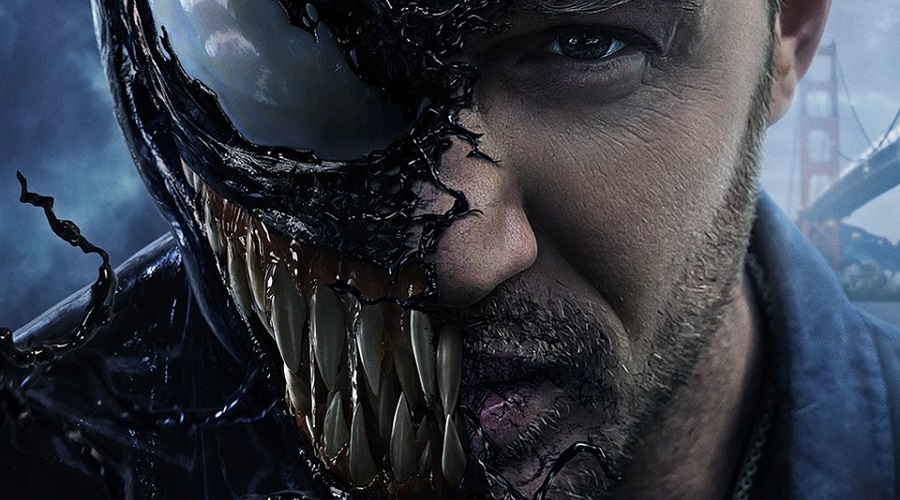 With around two and a half months remaining before Venom hits the theaters, new footage from the movie has been screened at San Diego Comic-Con 2018. While the clip is yet to surface on web, description of what was shown has arrived.

So far, Sony Pictures has released two trailers for Venom. The first one arrived in February and was brutally slammed by fans for not including a single shot of Eddie Brock's symbiote alter-ego. The second one, however, debuted at CinemaCon in April and made up for its forerunner with enthralling shots of the anti-hero.

We were hoping that a third trailer for the R-rated Spider-Man spinoff would make its way online following Sony's Hall H presentation at SDCC 2018. The studio has shown some brand new footage from the movie. But according to director Ruben Fleischer (via The Hollywood Reporter), the trailer still needs some VFX work to be done. As a result, they have refrained from releasing it online.

Good news, however, is that ComicBook's Brandon Davis was present at the event and he has shared a detailed account of what he saw. Apparently, the trailer further explores the struggles of Tom Hardy's Brock against the Life Foundation as well as the extraterrestrial being that he has been hosting of late. Check out the footage description below!

Eddie Brock enters a convenience store. He knows the lady here. She says he looks like s—. He’s not feeling well. She suggested to him previously that he meditate. At home, he puts a disc in his DVD player and while laying on the floor meditates. Flashes of him running through the woods kick in. He smacks his face on the couch. He pounds pills. He looks unwell and calls someone to say he’s feeling very sick. He awakens, startled. Later, he walks through an alley and sees Venom in the reflection of a car window before being flung against a wall.

Riz Ahmed’s character rules that human beings are disposable. Man and sumbiote combined is the future. He tests one on a man who is bent out of shape violently. Eddie is tested later. As a result, he brutally beats men in his apartment with Venom’s help. His motorcycle is sandwiched by cars but Venom holds them off.

Venom tells Eddie his previous life is over. Eddie doesn’t want to just hurt people. Venom emerges and talks to Eddie face to face. After Eddie’s body is bent and broken, Venom heals him and stands 10 feet tall. He holds a man up and licks his face.

Ahmed’s character is proud of his creation. Action scenes flash by. Eddie starts to come around on the power. His gal seems concerned about that. A woman throws spikes out of her back and into civilians at a market.

Venom’s arms turn into giant axes and he wipes out a slew of enemies. More action scenes. Venom fights Ahmed’s symbiote counterpart. Venom threatens to eat a man’s face off of his head who is bothering the woman in the convenience store. When he asks “What the hell are you,” half the face disappears and Eddie and Venom say, “We are Venom.” Then, he eats his head. Eddie emerges and says goodnight to the woman.

Judging by the footage description, the third Venom trailer can be expected to be a feast for the eyes. But we will have to wait until Sony feels that the VFX quality is satisfying enough to be seen by audience by fans around the globe. Check out a couple of photos featuring Fleischer, Hardy and Riz Ahmed at SDCC 2018! 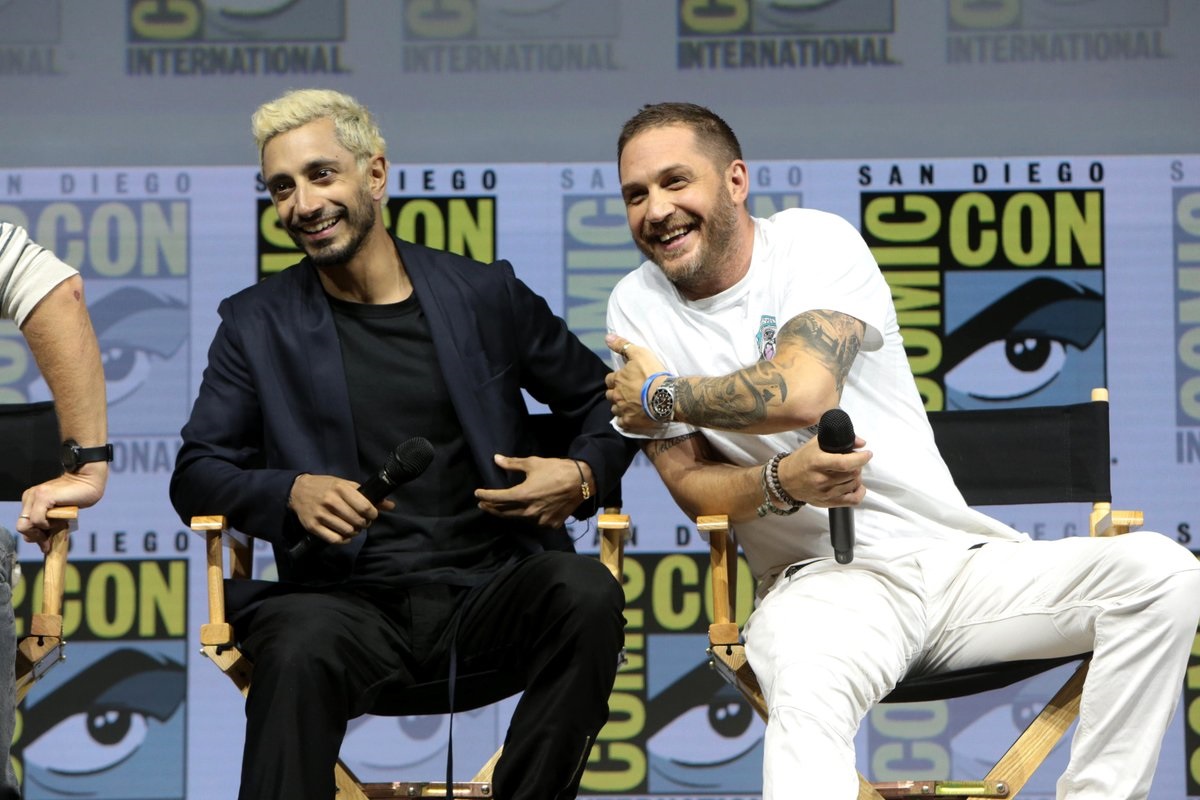 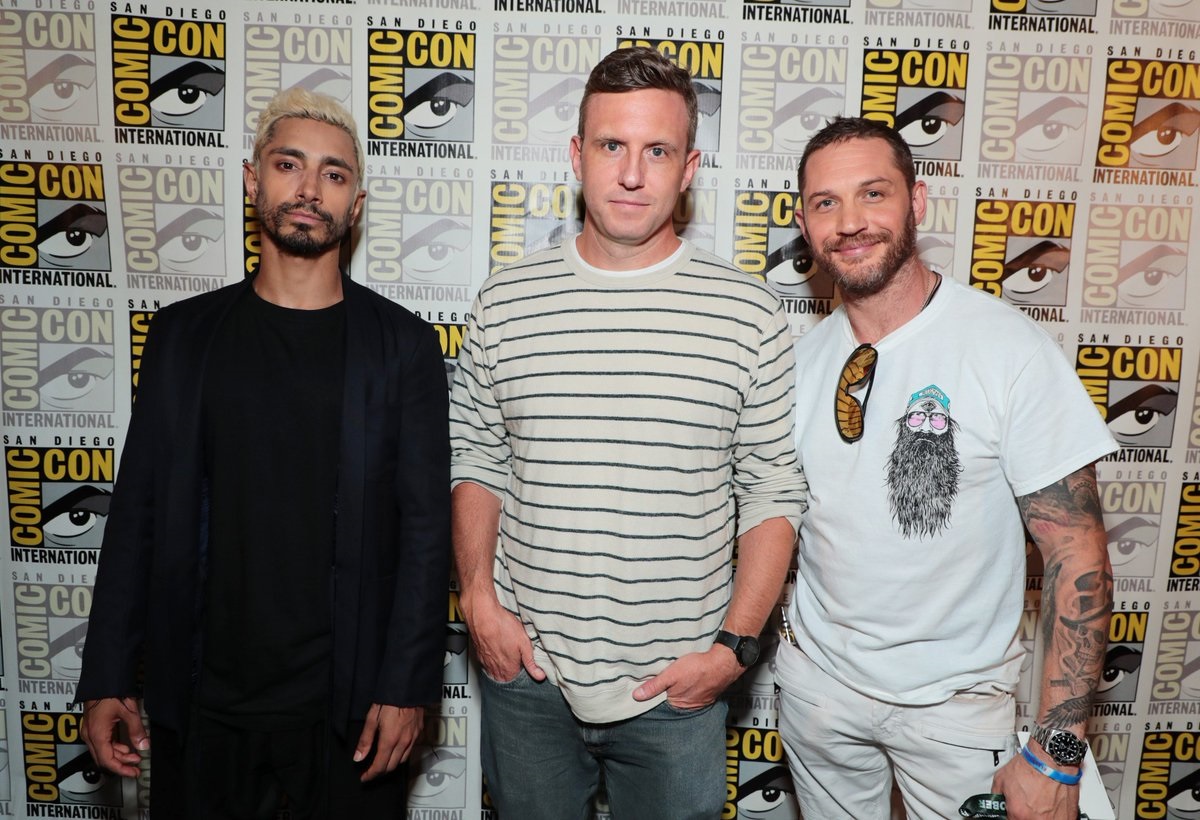 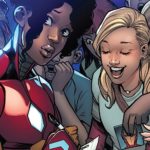 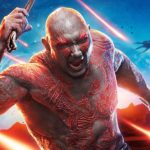 Dave Bautista Is “Not OK” With James Gunn's Firing From GOTG Vol. 3!