Ryan Reynolds Wants Deadpool and Wolverine in a Movie Together!

Anyone who has watched X-Men Origins: Wolverine might think it’s a bad idea, but Ryan Reynolds wants his Deadpool and Hugh Jackman's Wolverine to share the screen once again. In a recent interview with Entertainment Weekly, which recently crowned him Entertainer of the Year, the actor said:

I want Deapdool and Wolverine in a movie together. What we're gonna have to do is convince Hugh. If anything, I'm going to need to do what I can to get my Internet friends back on board to help rally another cause down the line.

The Canadian actor wants the Merc With a Mouth and the clawed mutant to team up for a movie, not only because it would be exciting to see them together, but also because he is personally fond of the Aussie actor. Claiming that Jackman is "one of the best human beings", Reynolds added:

Part of the reason I want to do a Deadpool/Wolverine movie is not just because I think the two would light the screen on fire, but I genuinely love the guy.

THAT thing is anything but Deadpool! (Photo Credit – Marvel Movies Wikia)

Followers of Reynolds and Jackman's social media exchanges over the past year or so must know that the two share a very unique friendship. Their mutant characters might have shared the screen in the first Wolverine standalone movie, but the Deadpool we saw in that movie was nothing like the comic book character. The one that we saw this year was a thousand times truer to the source. So 20th Century Fox might consider making bringing the two characters together in a movie.

But of course, even if the studio is willing to do a Deadpool/Wolverine movie, chances of that happening are still slim, as Hugh Jackman has already announced his retirement from the X-Men Universe after next year's Logan. But if Reynolds, the studio and the fans push Jackman for a while, he might be convinced to return as Wolverine one more time.

Do you want to see a Deadpool/Wolverine movie happen? Share via comments! 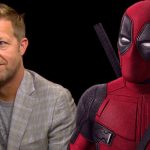 Ryan Reynolds Explains Why David Leitch is the Right Choice to Helm Deadpool 2!
Next Post 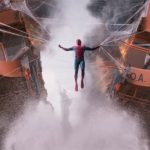