Just How Far Will The Marvel Cinematic Universe Go? 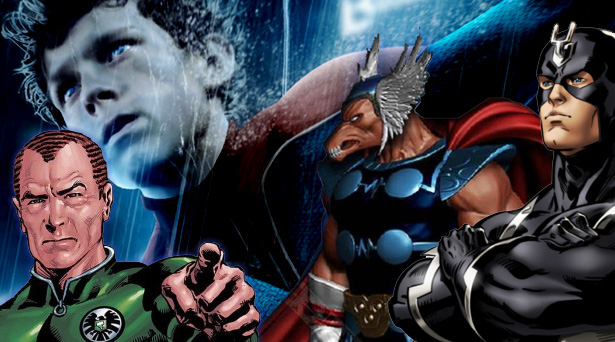 The Marvel Cinematic Universe began life back in 2008. The release of Iron Man – then a mere B-list superhero – surprisingly signalled the start of what has become the biggest movie franchise of all time.

It has since expanded exponentially. Its relatively grounded beginnings – with some of the technology seen in Iron Man not a million miles away from what we’re already capable of in the real world – seem a long way away, as there are now green aliens thunder gods, talking raccoons and evil robots on the loose in the MCU.

With that in mind, it’s interesting to wonder just how far the franchise will go – and indeed how crazy it will become.

With twelve movies already released, ten more are planned between 2016 and 2019 and, given the franchise’s massive success, you have to think it will go beyond that – and we want to know what you think will happen in that regard.

We’re going to run through the franchise’s development to date and theorise where we believe it might go in the future based on past patterns, but we really want to hear your opinions as well.

So, just how far will the Marvel Cinematic Universe go? Let’s take a look. 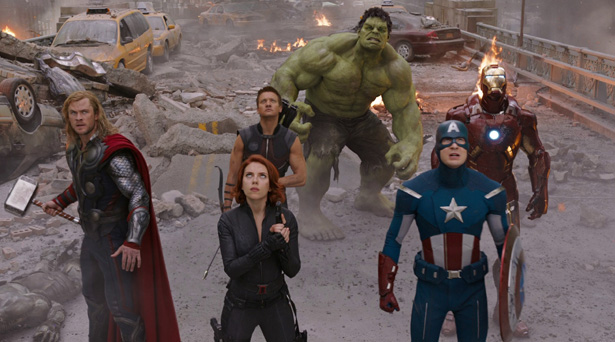 Starting with Iron Man, its beginnings were categorically humble in comparison to the craziness that has since arrived in the franchise.

It was all about introducing key characters, developing them and assembling the Avengers to pave the way for things to come and, aside from Thor, his related characters and the Chitauri, all of the major characters were Earth-based – and the inclusion of the very humanoid aliens in this phase simply prepared audiences for the madness that would come.

It was the first and most clear indication that each phase had the express purpose of hinting towards what would happen in the following phases and, with that in mind, let’s take a look at Phase Two. 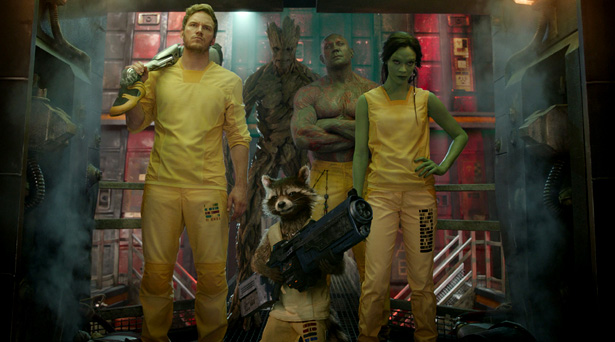 The Guardians of the Galaxy

Phase Two of the Marvel Cinematic Universe – which has just come to an end with the release of Ant-Man – served a number of purposes in the grand scheme of things.

First of all, it further developed the characters we were introduced to in Phase One, it also established the Avengers as an official and active team, and it took us into the cosmos – as hinted at in Phase One – in order to tease about and lead into the big event that is coming at the end of Phase Three (the Tesseract was confirmed to be an Infinity Stone, more Infinity Stones were introduced and it was made clear that Thanos was looking to gather them).

Moreover, it planted the seeds for the internal conflict that is coming at the start of Phase Three, by having the Avengers be responsible for the creation of Ultron.

Arguably, however, the most important thing about Phase Two was the craziness of Guardians of the Galaxy – who would have believed talking raccoon and walking tree were coming back in the MCU’s humble beginnings? It conveyed the fact that things were going to get really weird. 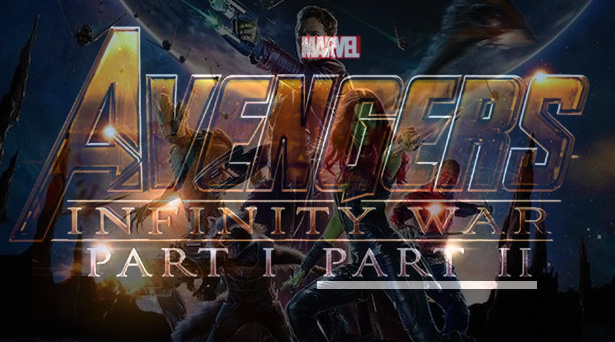 It’s Phase Three up next – starting next year with Captain America: Civil War – and it will culminate in the event that the whole franchise has been leading to to date.

The likes of the Avengers and the Guardians of the Galaxy will come together to face Thanos as the Mad Titan finally gets his hands on the completed Infinity Gauntlet – which has been hinted at since the end of Phase One.

Several new heroes will be introduced as well, potentially signalling the imminent departures of the original group – Doctor Strange, Black Panther, Captain Marvel, Spider-Man and the Inhumans will all debut in Phase Three.

The concepts of things like magic, real cosmic power and alternate dimensions will also be explored in Phase Three – all of which will open the door for potentially awesome inclusions in the franchise in Phase Four and beyond.

Phase Four is the first phase of the Marvel Cinematic Universe that we know nothing about and, therefore, the first that we are merely going to speculate about, based on the progression seen so far.

A massive storyline and villain will have just been and gone – the Infinity War and Thanos – and, therefore, something big needs to happen in order to make this fourth phase exciting.

There will likely be a focus on getting Spider-Man to Iron Man-esque levels of popularity (as the original heroes are gradually weaned out) and making him the flagship character of the franchise, the Inhumans will become extremely prominent with more and more being added, magic users and supernatural characters will begin to appear and more and more characters from around the cosmos (Beta Ray Bill et al) will be introduced (but even with the rights to the X-Men potentially being in Marvel Studios’ grasp at this point, it’s hard to see them doing anything with them due to the emergence of the Inhumans).

Villain-wise, something amazing needs to be done to follow Thanos. We anticipate Dormammu, Kang the Conqueror or Norman Osborn (potentially triggering a Dark Reign/Siege storyline, which would be amazing). 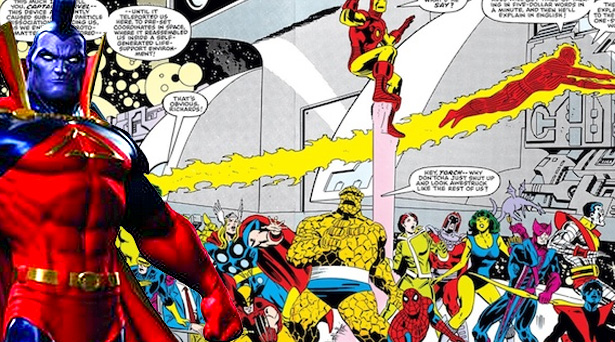 If the Marvel Cinematic Universe expands into Phase Five, we envisage two key things happening; the arrival of a bunch of characters currently tied up in Fox Studios and a predominantly space-based phase.

The Inhumans will likely still be part of the franchise, but only the key characters – like Black Bolt – will remain as prominent characters and that leaves space for the arrival of mutants (heck, the mutant characters might even be Inhumans in the MCU).

The reputation of the Fantastic Four as a movie brand is currently in tatters and Marvel Studios should have no current interest in them but, come the time of a potential Phase Five, it could well be the time to bring them over to the MCU. Therefore, expect both X-Men and Fantastic Four movies (Doctor Doom in the MCU, anyone?) in this phase.

Most prominently, the key locations and stories will take place in space. More space-based characters, therefore, will be added (Gladiator and the Silver Surfer et al) and we might get a Secret Wars storyline (based on the 1980s comic book arc of the same name, not the recent one) or an Annihilation storyline. Expect Spider-Man to continue being involved in everything and, quite possibly, be the icon of the franchise. 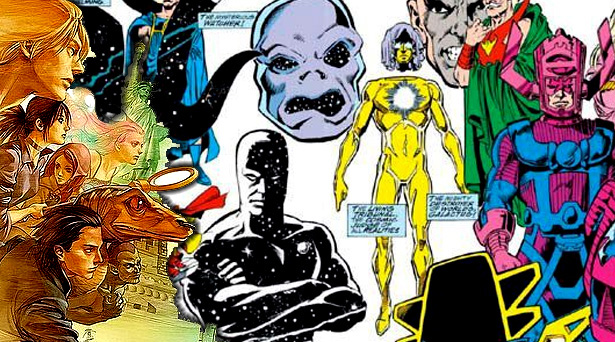 If indeed the Marvel Cinematic Universe does make it to Phase Six, there’s very little else that Marvel Studios could do to improve upon what had already been done by done this stage.

Cosmic characters (as in the actual cosmic characters who are likely to be absent even in the Infinity War movies, such as Chaos, Eternity and Hate et al – maybe even Galactus) are the only way to make things “bigger” in terms of the scale and powers, but it’s difficult to imagine such concepts working on film.

If indeed some films do stay grounded, you have to imagine that even the likes of Spider-Man will be boring the pants off audiences by this stage.

Marvel Studios would have to introduce completely new characters on Earth, such as the Runaways.

What do you think? Will the MCU reach Phase Six? Have we got it right or do you think the franchise will go another way? Have your say below. 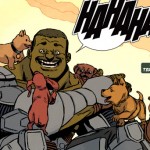 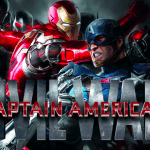