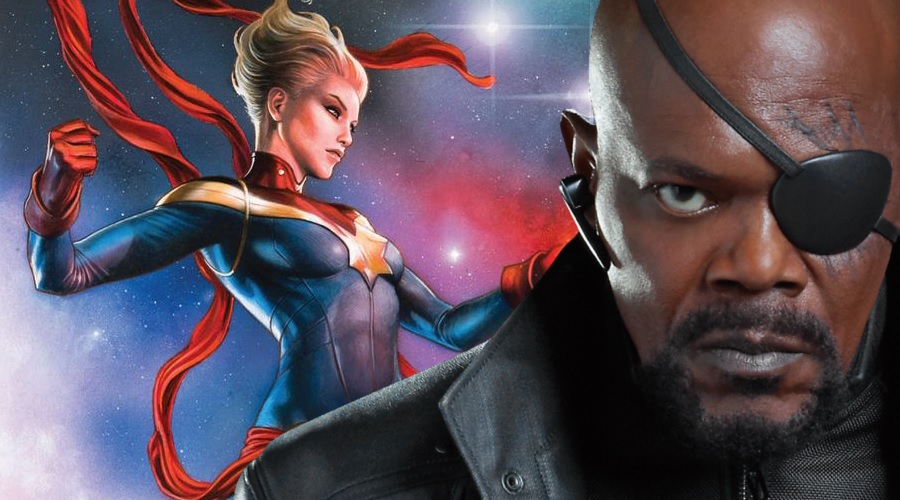 Marvel confirmed a long-standing rumor that Samuel L. Jackson would return as Nick Fury in Captain Marvel at San Diego Comic-Con International 2017. But as the movie will be set in the 1990s, we couldn’t help but wonder about the character’s appearance. A newly leaked video and photos from the set provided some answers.

To date, the Marvel Cinematic Universe’s Nick Fury has been bald, goatee’d, and eye-patched, dressed in a black turtleneck under a matching trench coat. But he’ll look quite different in the March 8, 2019 release, simply because Carol Danvers' first solo outing takes place at a time prior to the loss of his eye, so the patch will be missing.

The 69-year-old actor didn’t add that the character will lose additional Nick Fury signature traits in this movie, but a new video and several photos from the set show Fury with a full head of hair and two fully functioning eyes, and without the goatee, trench coat, and turtleneck. Also, he looks quite young, but the presence of motion-capture dots on his face indicate that additional de-aging is required.

In the video and photos, Fury and a Kree armor-clad Danvers (Brie Larson), appear to be arguing. It's unclear whether they’re acquainted or have just met, but it’s obvious that something’s up. In fact, the aviator-turned-superhero attempts to take off a couple of times, only to be blocked by the SHIELD agent. In one still, Captain Marvel shoves Fury, apparently trying to hide from someone.

Check out the video and photos below (via Hollywood Pipeline)! 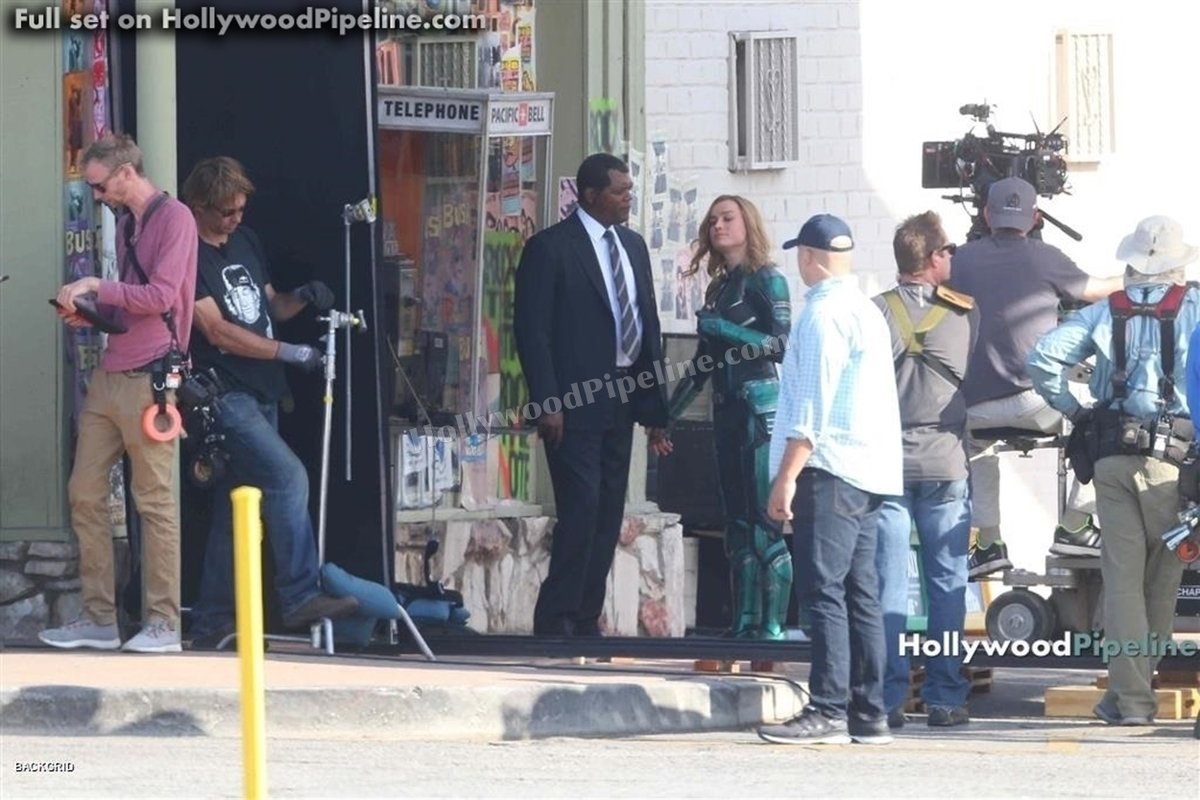 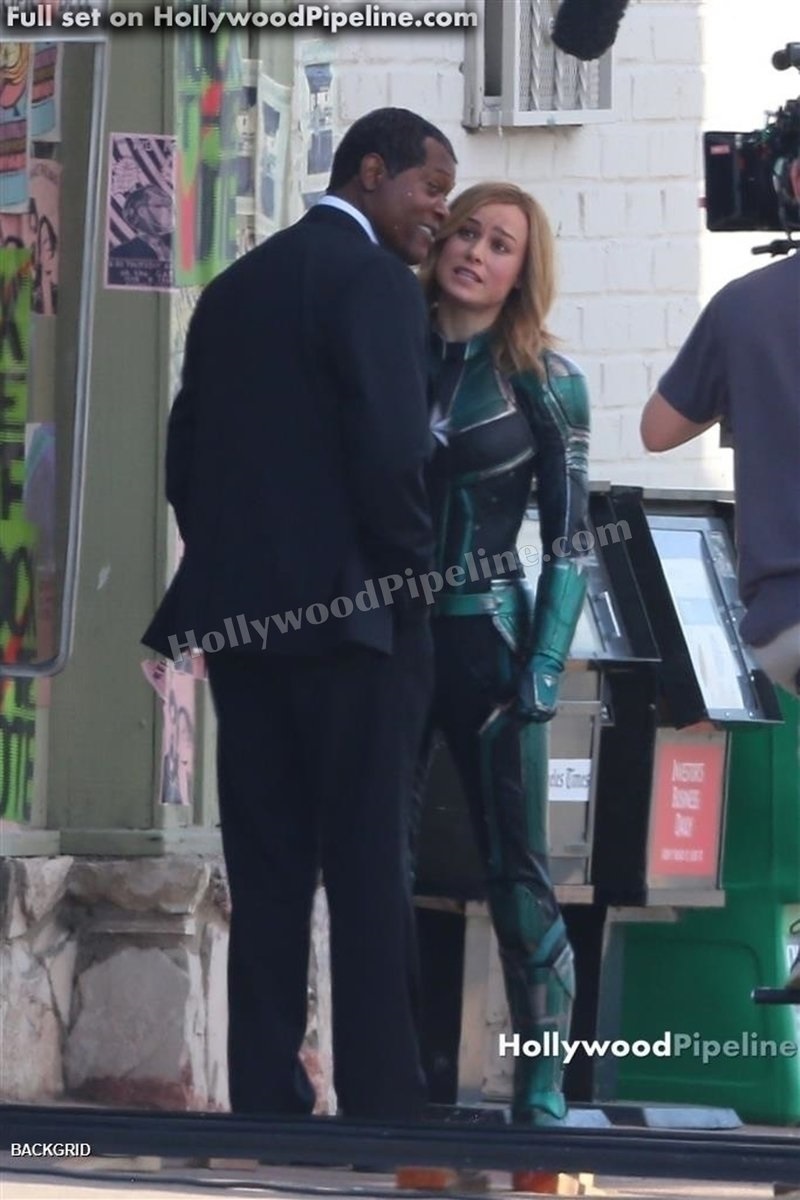 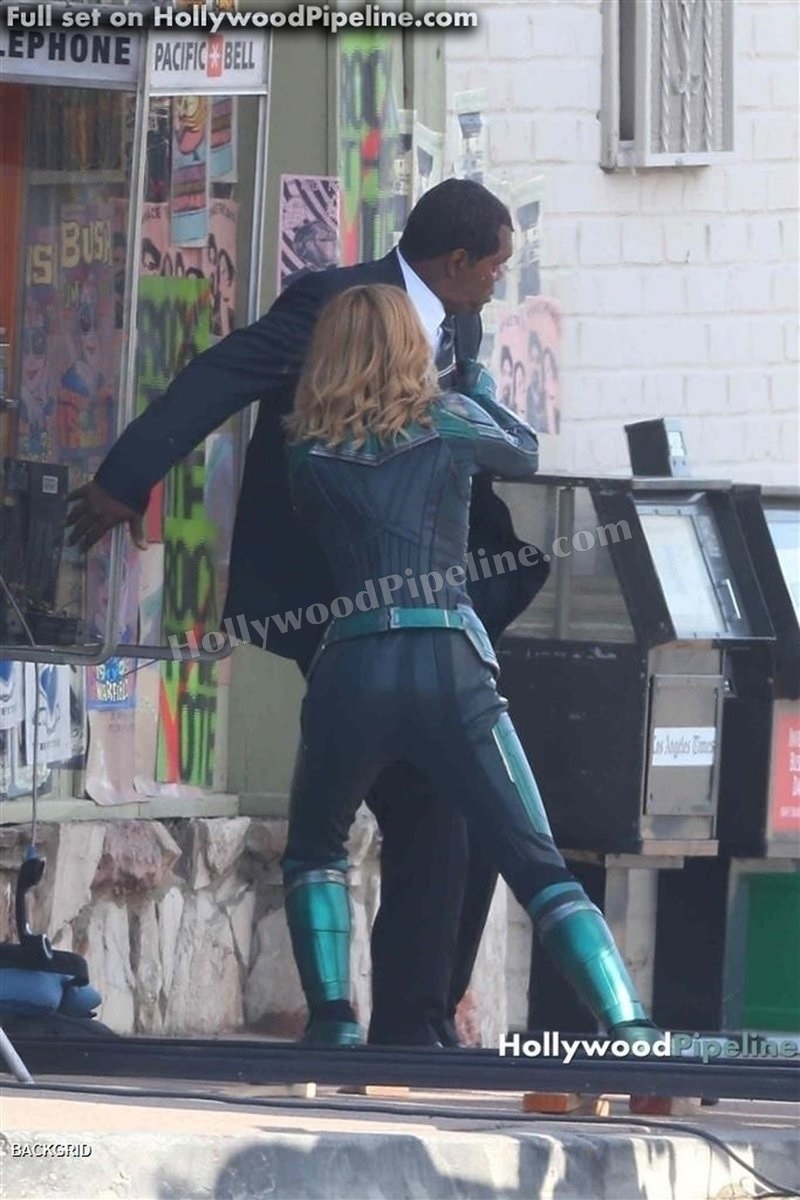 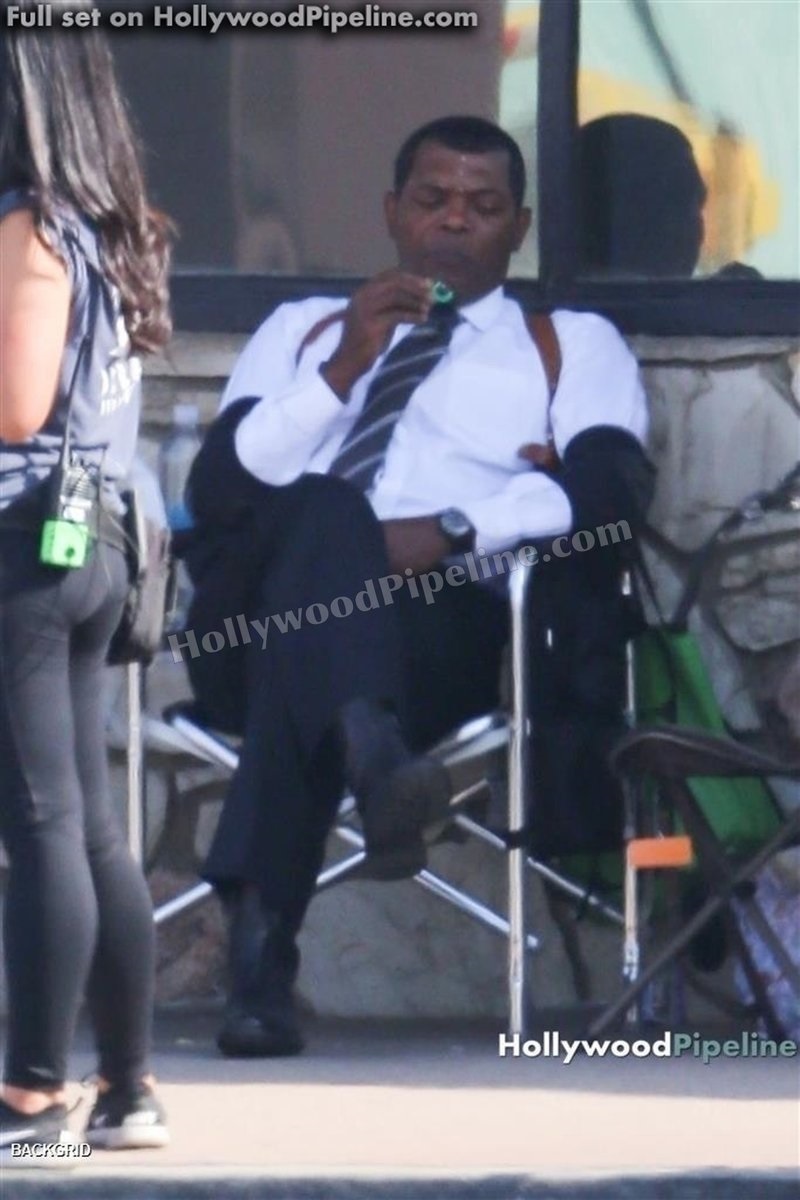 Another set of photos of Larson with her stunt double at a nearby location were recently leaked. Here’s that batch for you (via Hollywood Pipeline)! 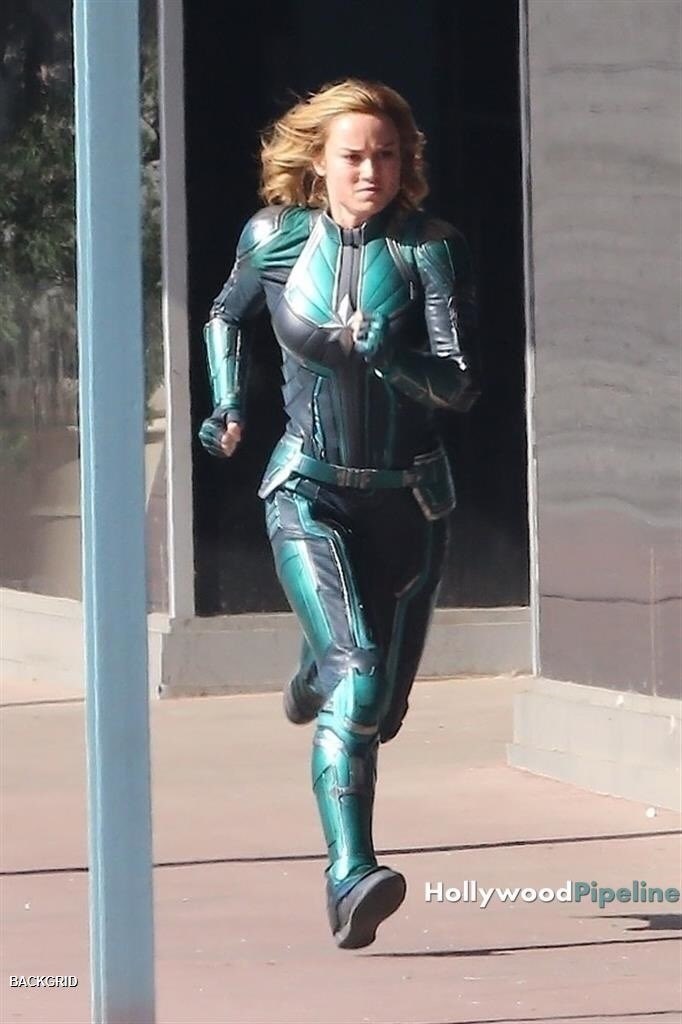 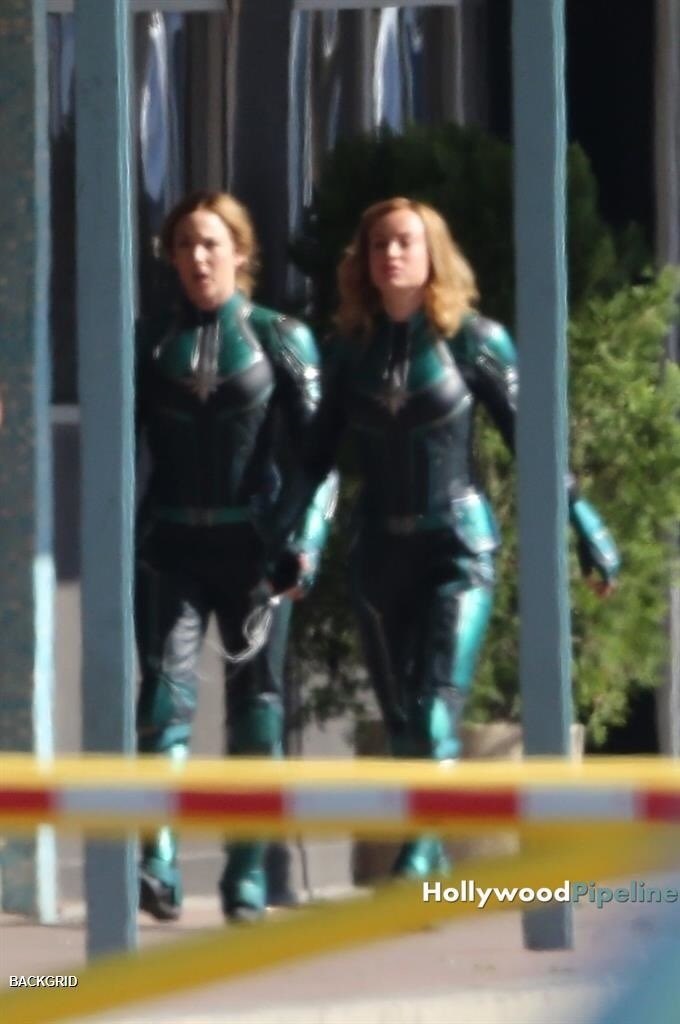 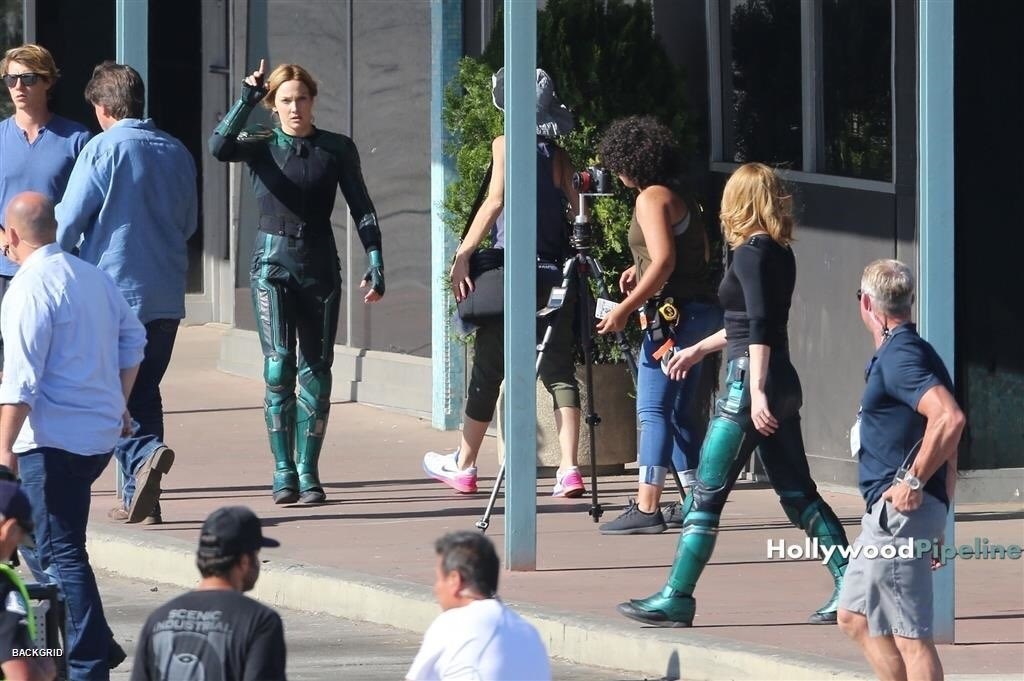 Share your thoughts on these new Captain Marvel set leaks, and stay tuned for the latest updates! 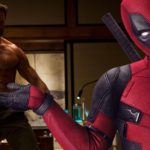 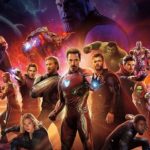 Avengers 4: Will a Character Who’s Died Make a Comeback?