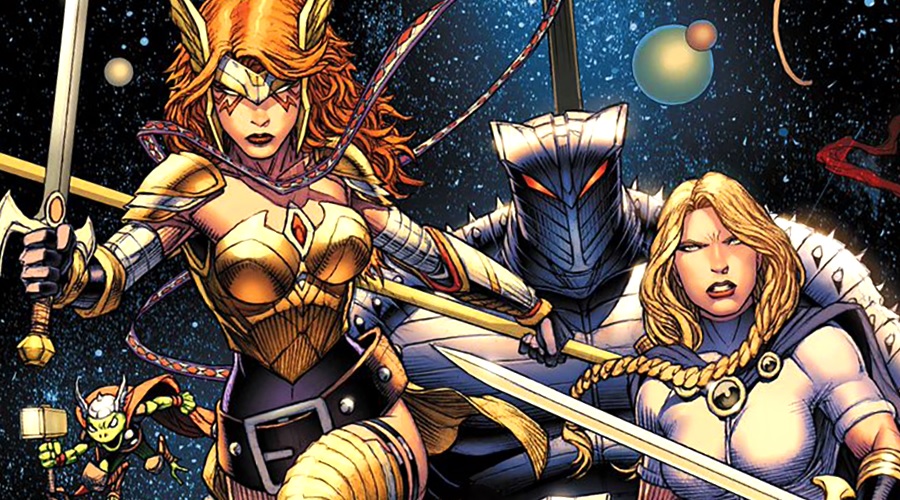 Marvel Comics released a teaser image earlier this week that asked that very question and set off a storm of speculation about the answer. But we have good news! We don’t have to rack our brains anymore, because Marvel just provided the solution to the mystery.

Marvel issued a press release via IGN that named all of the Galaxy team members: Angela; Valkyrie; Skurge the Executioner; Throg; the Destroyer; and Kevin Masterson, aka Thunderstrike.

Angela is the only former Guardian of the Galaxy, so it follows that the daughter of Odin and Freyja will be instrumental in putting together a new team to fill the void Guardians left behind.

Marvel also revealed that writer Cullen Bun will team up with artist Matteo Lolli to create the upcoming title, which is set to arrive in stores this September.

Check out the teaser and cover art image below! 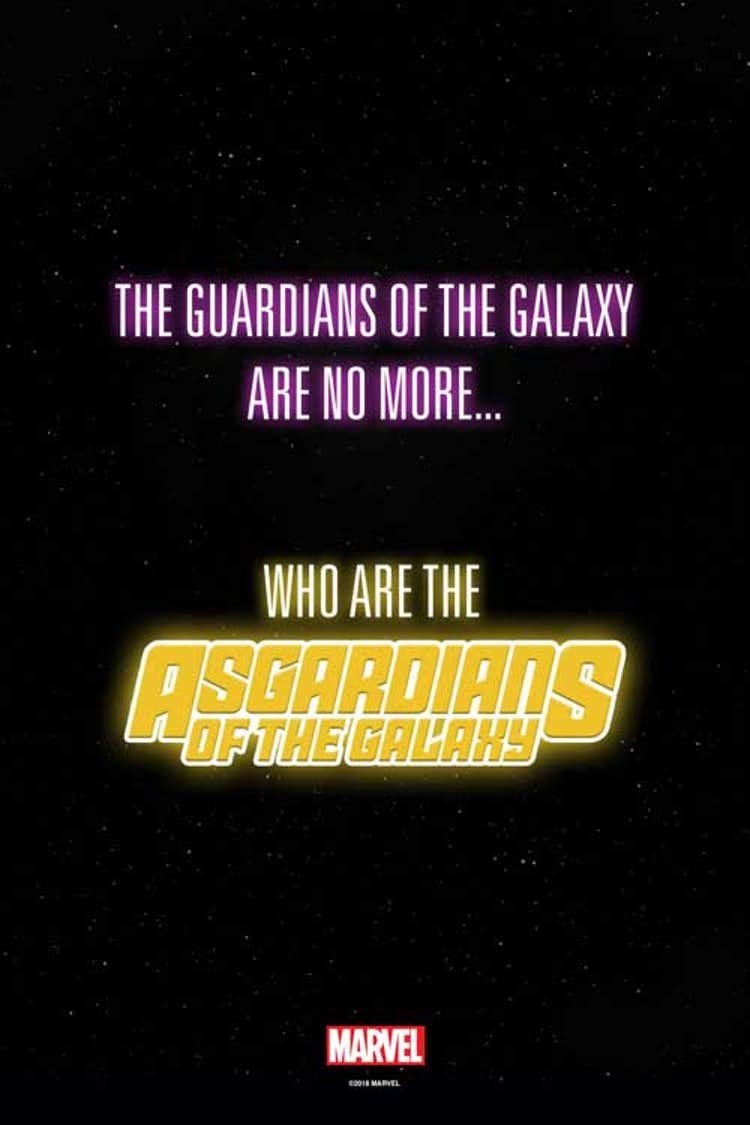 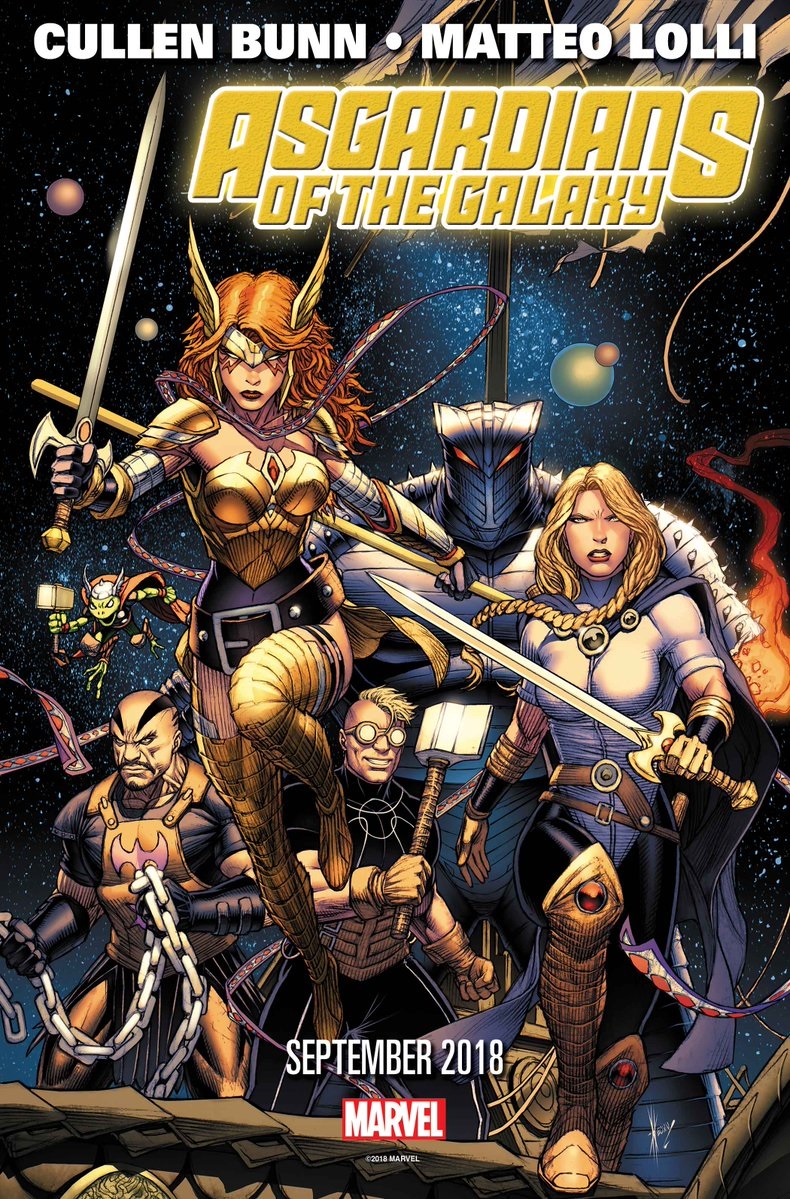 And here's the full press release:

Spinning out of the events of INFINITY WARS comes an epic space opera from the superstar team of Cullen Bunn and Matteo Lolli! ANGELA, the not-so-beloved half-sister of Thor. The hotheaded VALKYRIE - and the human who shares her form, Annabelle Riggs. SKURGE the EXECUTIONER, freshly returned from Hel. THROG, the mightiest frog of thunder. Kevin Masterson, the boy who took his father's mace to become the hero THUNDERSTRIKE. And the DESTROYER, the Asgardian armor built to take down Celestials - its wielder unknown.

Share your thoughts on the Asgardians of the Galaxy via comments, and stay tuned for the latest updates!