Even though there has been a lot of buzz surrounding Black Adam, a new poster for the forthcoming DC Extended Universe film starring Dwayne Johnson serves as a good reminder of how important the character is to the franchise.

As a result of the megastar Johnson’s announcement that a new Black Adam trailer is going to be released on Thursday, September 8, there is going to be a deluge of ephemera for the DCEU picture in the near future. In this most recent instance, the new full-length poster for the film showcases the star’s menacing grimace in the background while the film’s debuting members of the Justice Society of America flank on the right. These film debuting members include Aldis Hodge’s Hawkman, Noah Centineo’s Atom Smasher, Quintessa Swindell’s Cyclone, and Pierce Brosnan’s Doctor Fate.

The introduction of Black Adam is, of course, being viewed as a potential bellwether moment for the DC Extended Universe as a whole. This is especially the case given that it comes in the wake of the bombshell news that studio owners Warner Bros. Discovery abruptly scrapped the deep-in-production Batgirl movie in early August. This was followed by a widespread purge of content and a variety of delays, all of which were justified in the name of company restructuring. The freshly merged company’s plans to create an intricate film franchise fashioned after the Marvel Cinematic Universe were once grandiose, but they have since turned out to be a costly disaster and, for the most part, a creative dud.

Dwayne Johnson, who plays the lead role in the film, has been quite active in the marketing efforts for the film. This bodes well for the continuation of the franchise. In addition, it appears that there is an effort being made to convey the concept that Black Adam, an antihero character who is actually best known as the primary adversary of Shazam, is approaching his efforts to be a solo superhero with a mode of operation that is one of a kind in its level of ruthlessness. “The fact that Black Adam abides by a set of rules is what sets him apart from other people. If you make an attempt to hurt him, his people, his family, or his country, he will rip you in two “Johnson disclosed this information in a recent interview. “He will physically grab you by the neck, and then grab you by the thigh, and rip your body into two pieces,” the narrator says. In point of fact, the actor who was formerly known as WWE megastar The Rock possesses a one-of-a-kind selling technique that allows him to appeal to the popcorn-eating general moviegoing population. 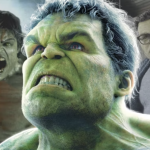 Can the MCU’s Hulk Ever Go Back to Being Angry?
Next Post 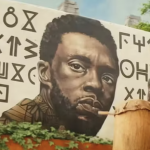