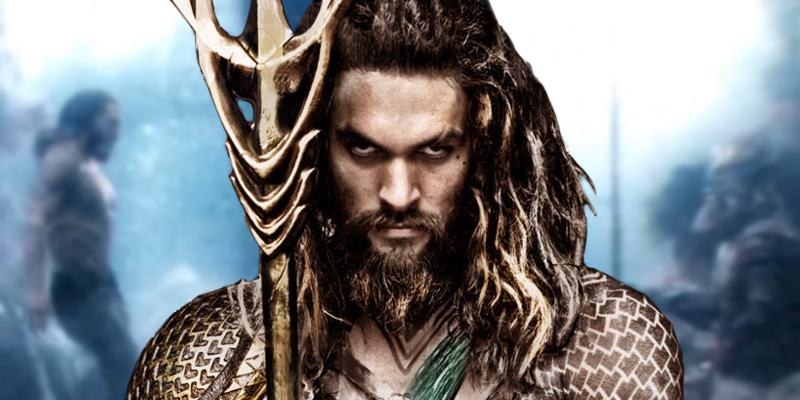 Warner Bros. may not be ready to release the second Justice League trailer just yet, but Zack Snyder has shared new test footage via his Vero account that might help satisfy our desire for new information for a while.

The five-second clip features Jason Momoa's Aquaman. Unlike the first Justice League trailer, the footage doesn't show the King of the Seven Seas on land fuming at Ben Affleck's Bruce Wayne or downing a bottle of booze. Rather, we see him in his underwater kingdom, his natural habitat.

Of course, we did see a brief underwater sequence featuring Momoa's character in Batman v Superman: Dawn of Justice. The new image is shot from a different angle, and he isn't alone! We see him swim toward the other side of screen, where someone appears to be sitting on a throne. Judging by the outfit, the figure seems to be none other than the Ocean Master.

While we’ve known for a couple of months that Patrick Wilson would show up as Orm in James Wan's Aquaman, we weren’t aware that the character would be introduced in Justice League. But it makes sense, considering the fact that other Atlanteans, including Amber Heard's Mera and Willem Dafoe's Nuidis Vulko, will also appear in the November 17, 2017 release.

Check out the footage below, along with a couple of screenshots (via Comic Book Movie)! 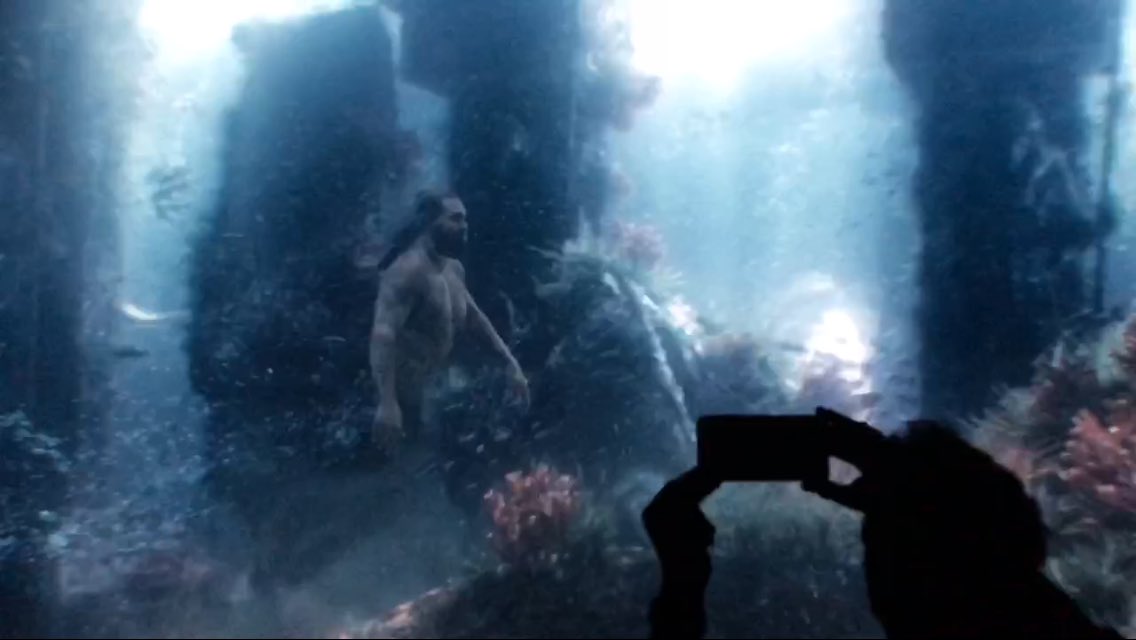 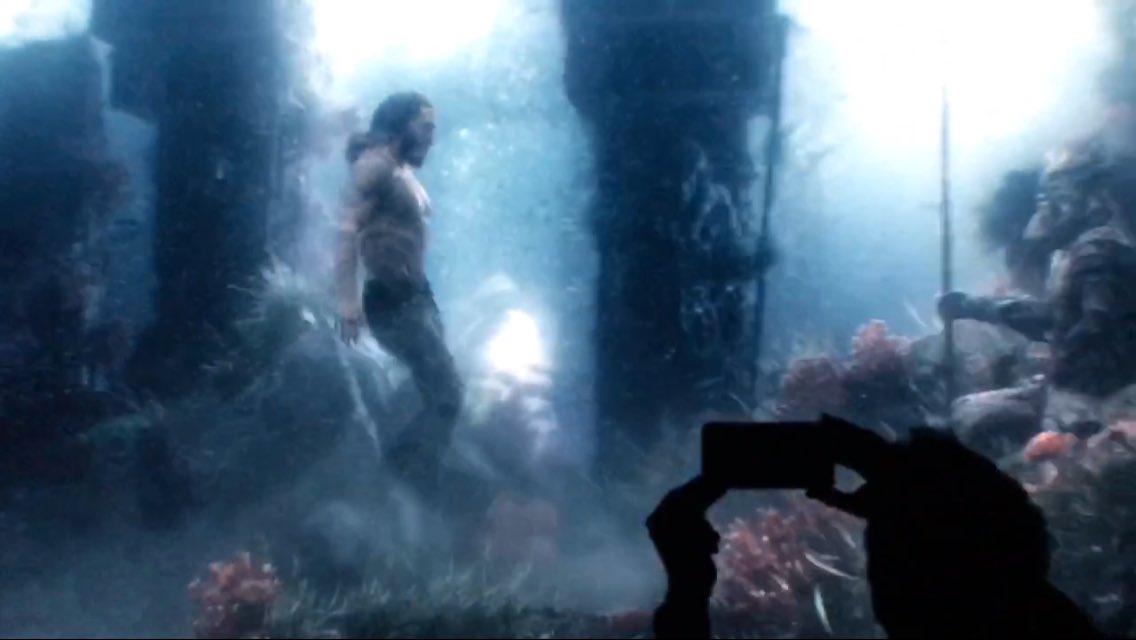 We also have a new behind-the-scenes Justice League photo featuring Snyder with Gal Gadot as Wonder Woman. The actress shared the photo via her Facebook account to mark the occasion of Snyder's 51st birthday. Check it out below! 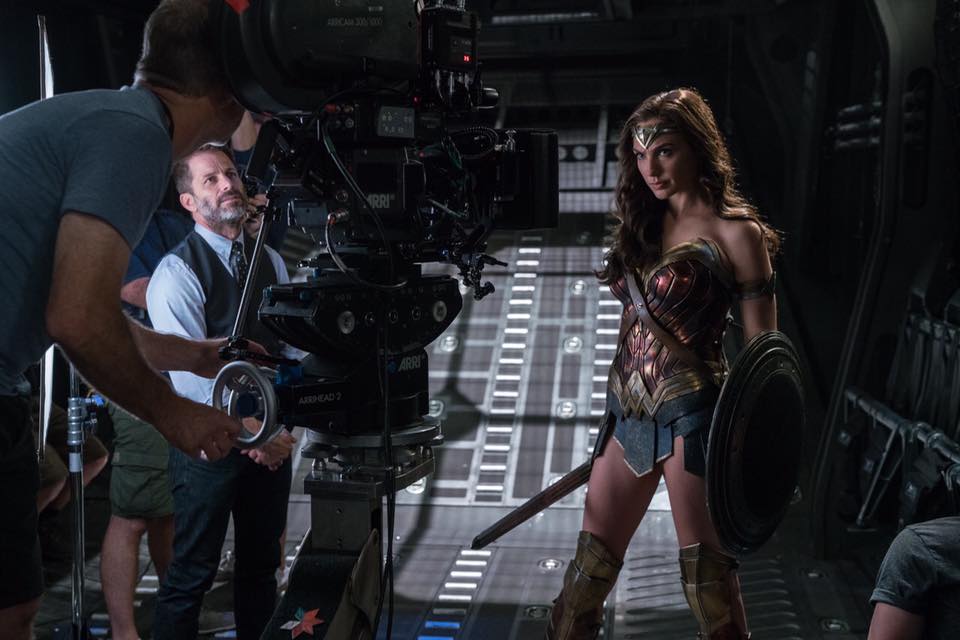 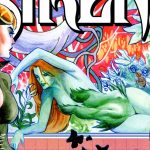 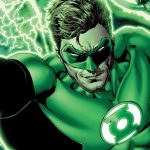