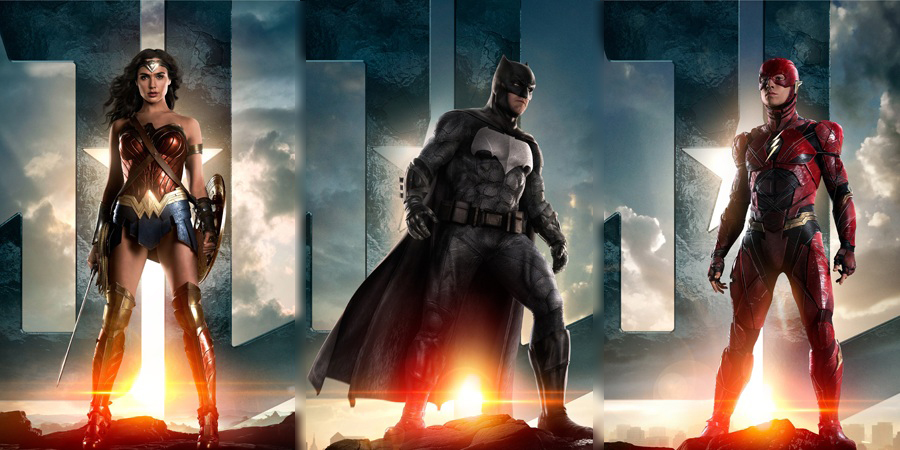 We recently viewed a splendid new trailer for Justice League that offered loads of new footage. An extended version of the same trailer was shown during the Warner Bros. presentation at CinemaCon. It's unlikely that it will be released online, but The Hollywood Reporter and Comic Book have helped clarify what happens in those new segments.

Here's a description of the new Justice League footage shown in Las Vegas at the annual gathering of U.S. theater owners:

"Master Wayne, you've been working as if there's no tomorrow, trying to build this team," says Jeremy Irons' Alfred Pennyworth as Ben Affleck's Bruce Wayne works on a giant vehicle in a hangar. Diana Prince (Gal Gadot) makes an entrance and Bruce remarks in annoyance that he spent a million dollars on the security for the hangar. Diana responds that he got his money's worth, as it took her almost a minute to disable the security system. Bruce then explains that he’s building a troop carrier.

In another new sequence, Bruce and Barry Allen (Ezra Miller) are standing on a roof (not wearing their Batman and Flash suits) looking up at the Bat Signal. "Oh, awesome. It’s the Bat Signal! That’s your signal," says Barry excitedly, before apologizing for talking too loudly. "That means we have to go now. That’s so cool."

Next, Wonder Woman is following her sword down a Gotham City ventilation shaft, and The Flash eventually helps her catch it. Comic Book's Brandon Davis said that it reminded him of the slow-motion Quicksilver scene from X-Men: Days of Future Past.

Zack Snyder and his Justice League lead actors (except for Gal Gadot) showed up at CinemaCon. The director shared this group shot of the "boys" via his official Twitter account: 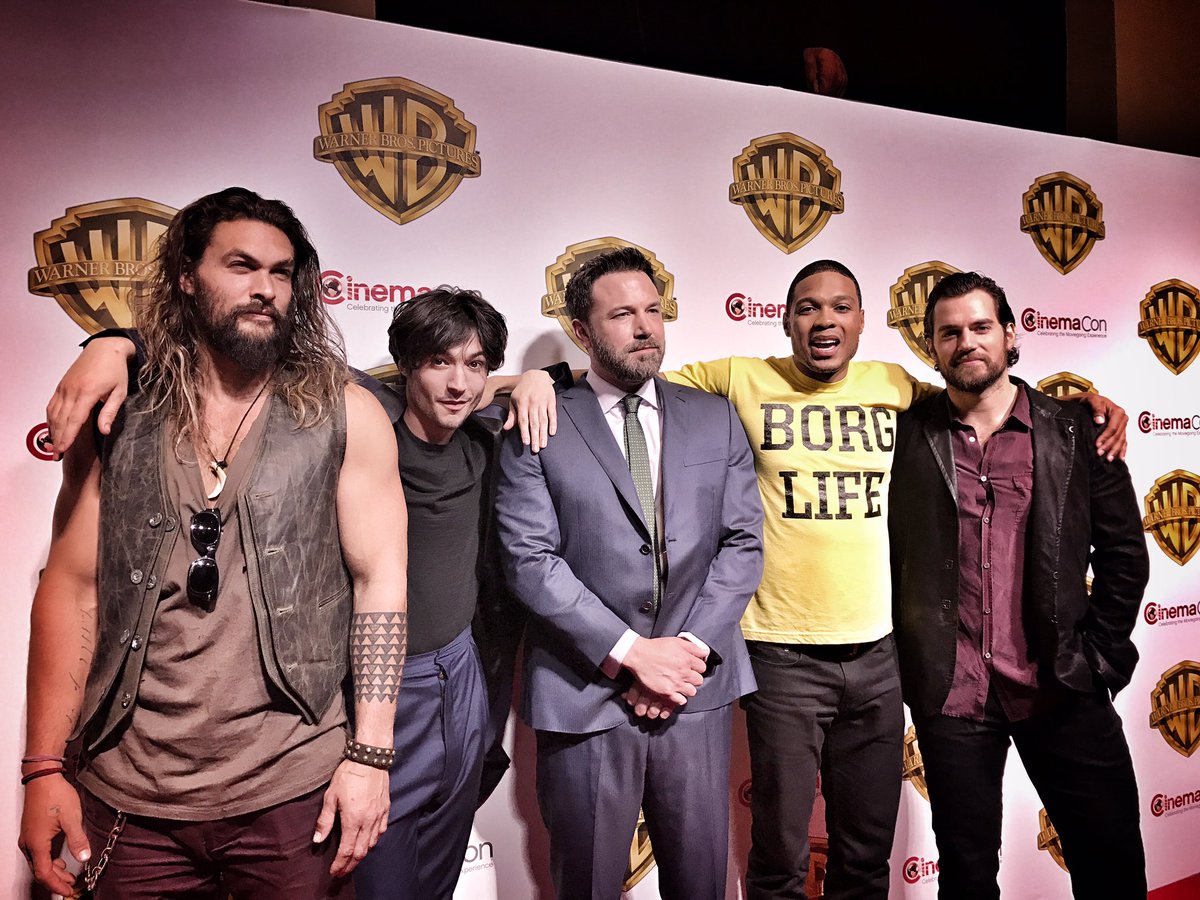 Share your thoughts about the new Justice League footage shown at CinemaCon, and stay tuned for the latest updates! 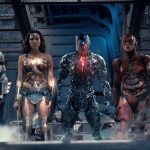 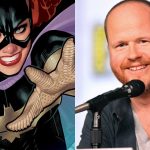