Has Charlie Hunnam Changed His Mind About Green Arrow? 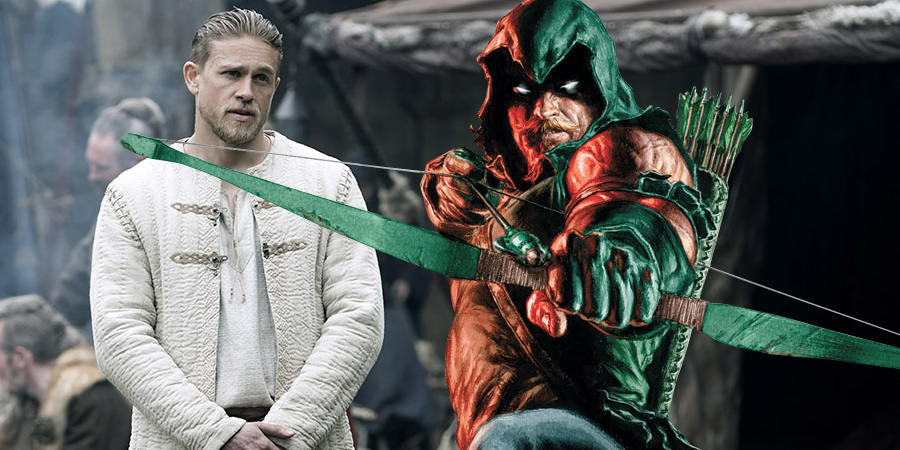 We haven't seen a single rumor to date indicating that Warner Bros. is planning to make a Green Arrow movie. But considering the rapid expansion of DC Extended Universe, many believe that it's only a matter of time until the studio announces a standalone movie for Oliver Queen. And hearing that Charlie Hunnam was set to take on the starring role would make that glorious day even better.

Last March, fans were disappointed when the Sons of Anarchy and Pacific Rim star revealed that he wasn't interested in playing the Green Arrow. He said that he didn’t grow up reading comics, and had never seen any of the Marvel or Batman movies. He added that the role wasn’t part of his career vision. But, fortunately for us, he seems to have had a change of heart.

An interviewer from Brazilian entertainment website Omelete recently asked Hunnam why he wouldn’t play the Emerald Archer after hearing how much fans want to see him in the iconic green hooded costume. The actor responded:

You know, I'm not a comic book fan, so I don't really know the Green Arrow. Why is that? Do I look like him?

The interviewer described how Hunnam and the DC Comics character share certain characteristics. The British actor then asked whether there were plans for a movie. When he learned that there was a Green Arrow TV Show, but no movie had been made to date, Hunnam issued a challenge:

So, the actor might be open to reading a script. Check out the interview clip below!

Are you excited to read that Charlie Hunnam could change his mind about the Green Arrow? Share via comments, and stay tuned for the latest updates!