10 actors who fit for the role of Nightwing 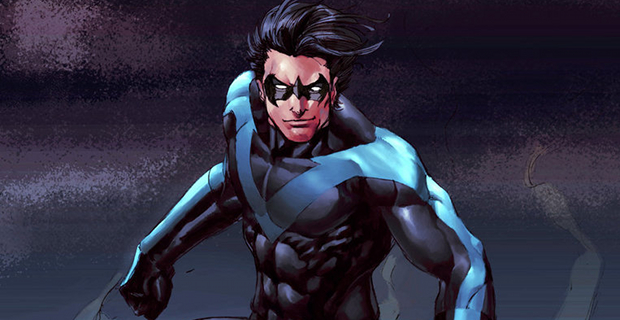 Dick Grayson (created by Bob Kane, Bill Finger, and Jerry Robinson) made his debut in 1940 in Detective Comics as Batman’s sidekick. Batman took Grayson (alias Robin) under his protection after the death of his parents and trained him until Grayson (Robin) decided to go on his own and that’s how we are introduced to Nightwing (Dick Grayson a.k.a. Robin).

Batman v Superman is said to be focused more on Batman's story than Superman's and it seems that Nightwing won’t be around, even if there were so many rumors about it.

All the rumors were debunked and we surely do expect Nightwing to make his appearance in a superhero flick, maybe in a Batman solo.

So, if Nightwing is going to appear sometimes in the future on the big screen, what qualities the actor who's going to perform the role of this former sidekick of Batman must have? 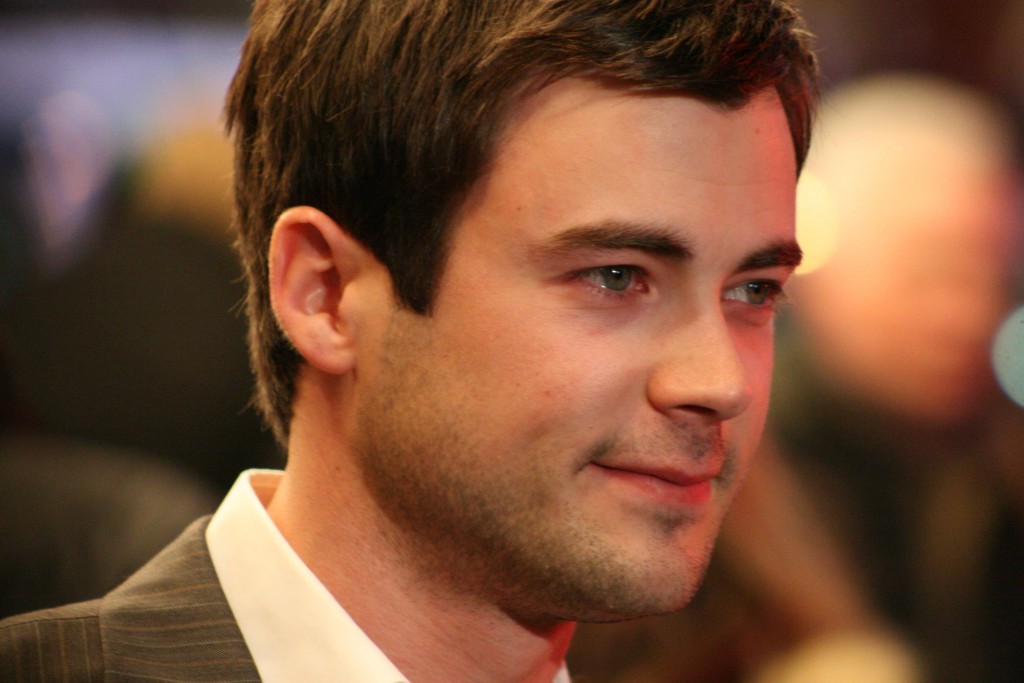 Matt Long would be a lighthearted hero.

Matt Long would create an interesting character, he is only 5’9″, his looks is of a gentle, lighthearted person, and even with these features he would resemble an older Robin (a.k.a Nightwing). He has made it into the world of comic book adaptations before as young Johnny Blaze in Ghost Rider.

Matt could put less of a dark tone on the character, but it depends if that is required.

Regarding his acting, you may know Matt from TV Series like Helix or Mad Men. Many fans expect Nightwing to be more of a newcomer, and Matt Long is not that of a household name. 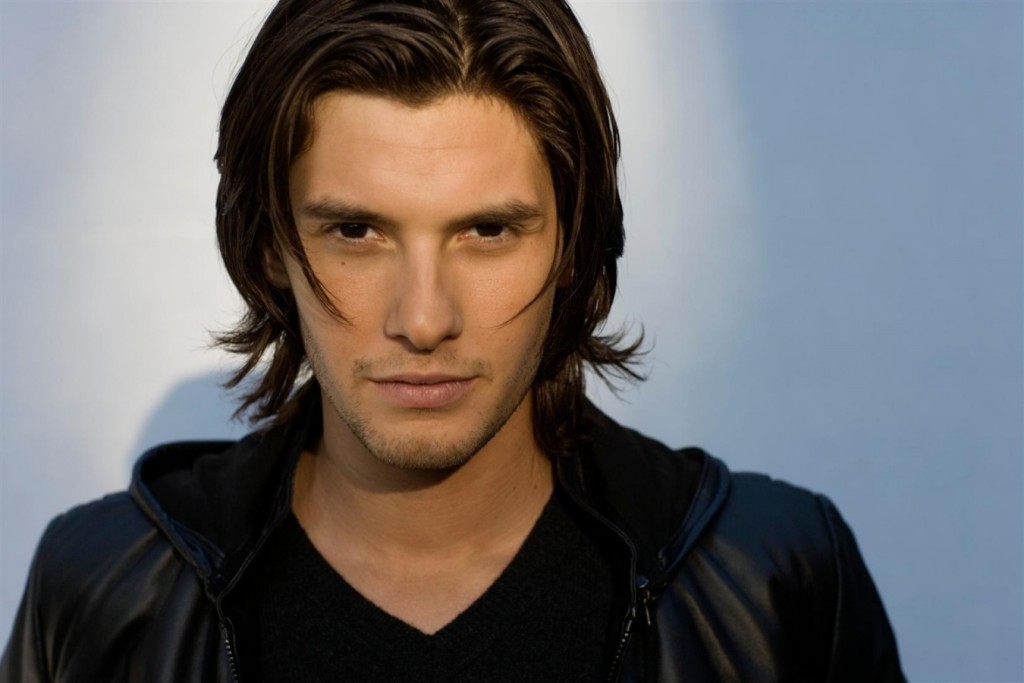 He’s got the looks. 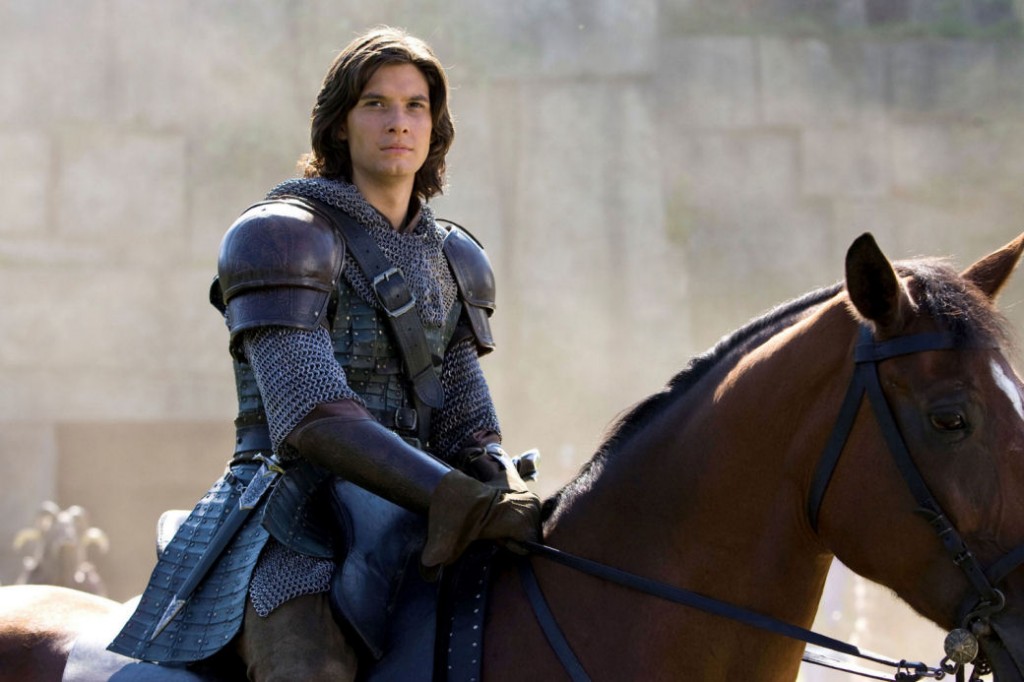 Ben did a great job as Prince Caspian.

Fans are already discussing about him, which means he is wanted. He is not that fit but that's the last problem Hollywood could face. He already proved his skills of a conflicted, action-oriented character in The Chronicles of Narnia series as Prince Caspian. 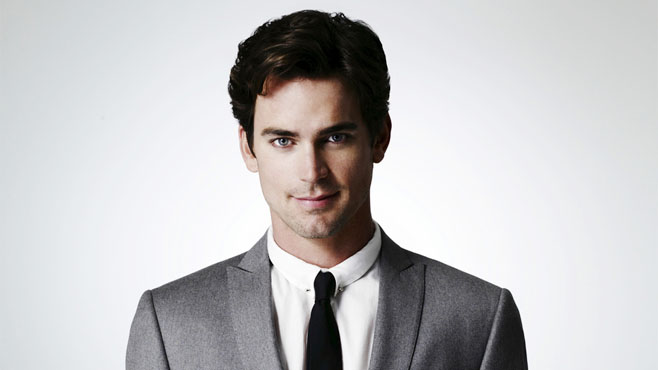 Matt Boomer is in the category of those who have aspired for the role of Superman, and didn't get it maybe because of his shorter height (5'11") and physical condition in comparison with Henry Cavill’s. At 37, some consider he may be too old for the role of Nightwing, but we can say that Dick and Bruce age difference is of father and son, which makes Boomer’s age acceptable. 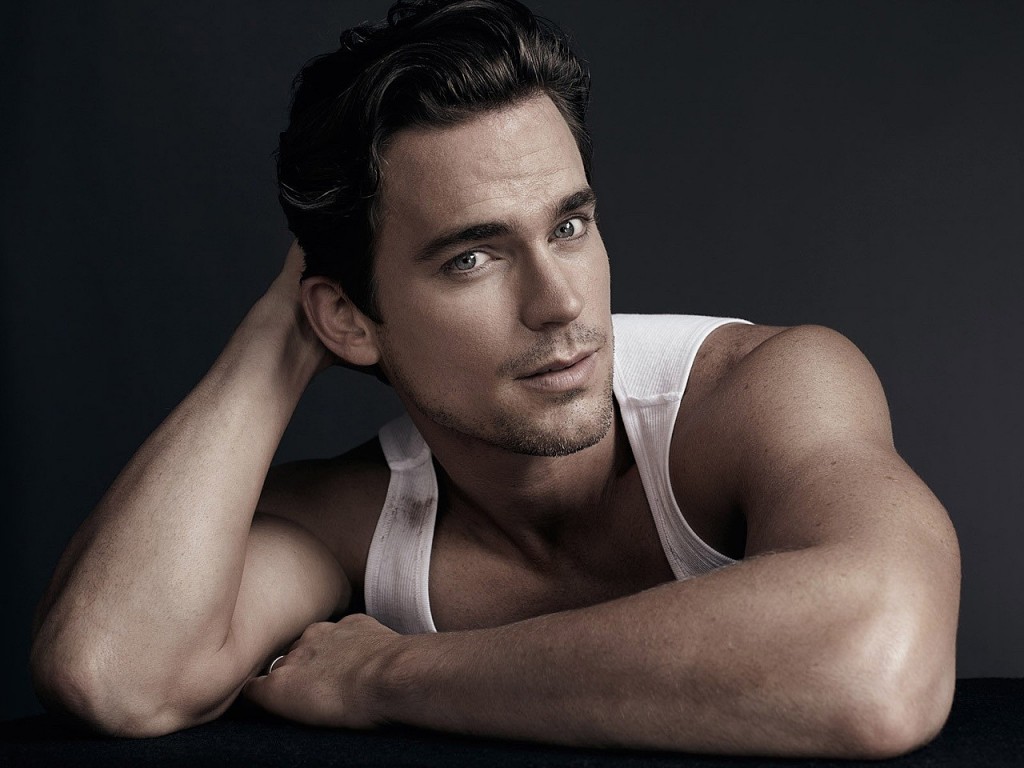 But let's see the qualities that overshadow aspects like age, stature or the fact that he didn't get the coveted role of Superman.

He is in great shape, his looks are what is it expected of a superhero, and we know about his outstanding acting skills. 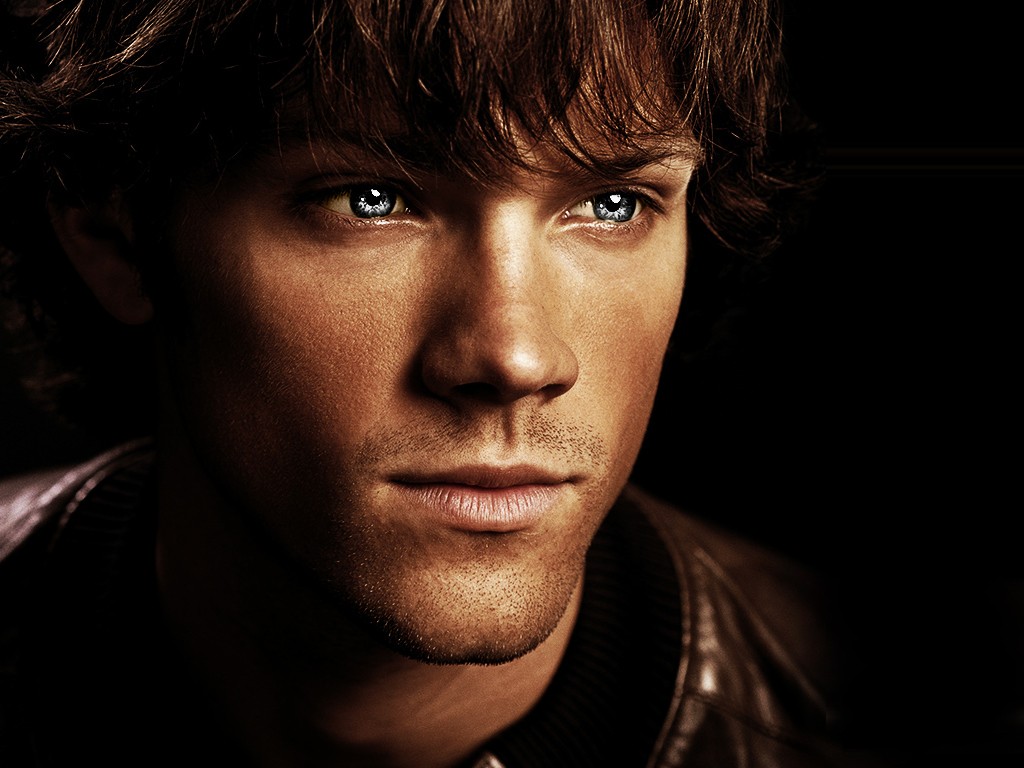 This supernatural hero could be a smart choice.

Another actor with Dick Grayson's look is Jared Padalecki. He is tall enough and his body is fit. But these features are not the only ones that recommend him. Fans of Supernatural might already see a similitude between the character he plays there and Nightwing. 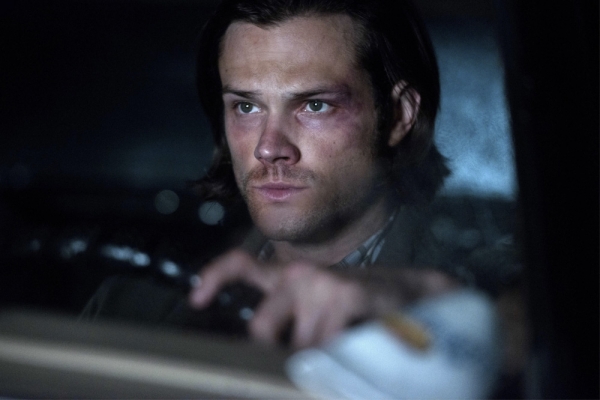 In Supernatural he swings from hero to monster but in the end he’s the hero.

In Supernatural, Sam Winchester (Jared Padalecki) is part of a team of two, where the other one is the leader, and he is frequently juggling between being a hero or being a monster, a feature that stand out for what is needed for a live-action Grayson. He is also one of Warner Bros. fan - favorites, which is a big plus. 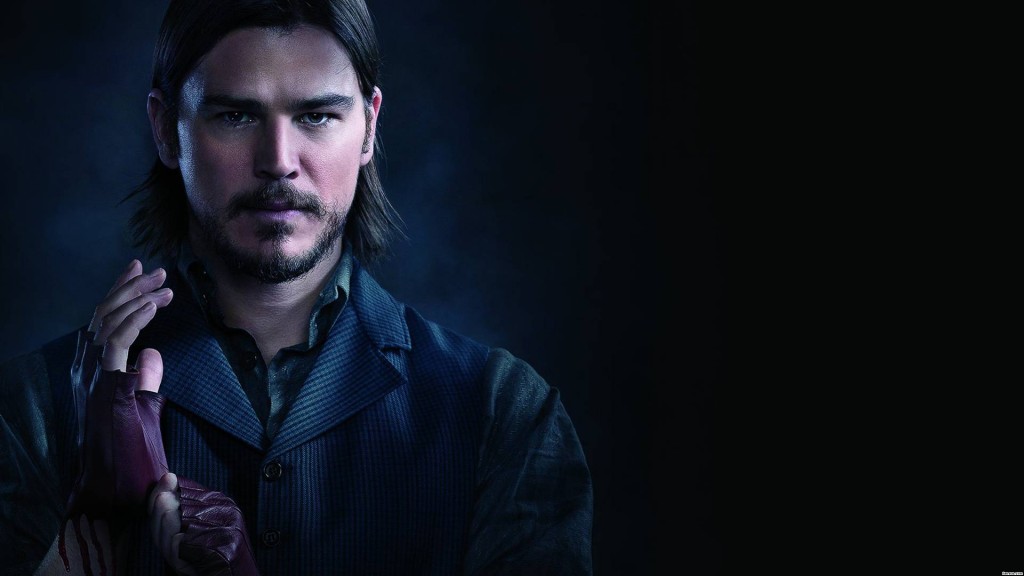 Josh Hartnett in the role of Nightwing seems unlikely, but it's just a first impression. It would be quite an interesting choice. Yes, he has been more of a romantic comedy kind of guy, but do you remember the part he played in Sin City? He appeared in the opening sequence of the movie, and this sequence convinced Frank Miller to allow Robert Rodriguez adapting Sin City to the silver screen. 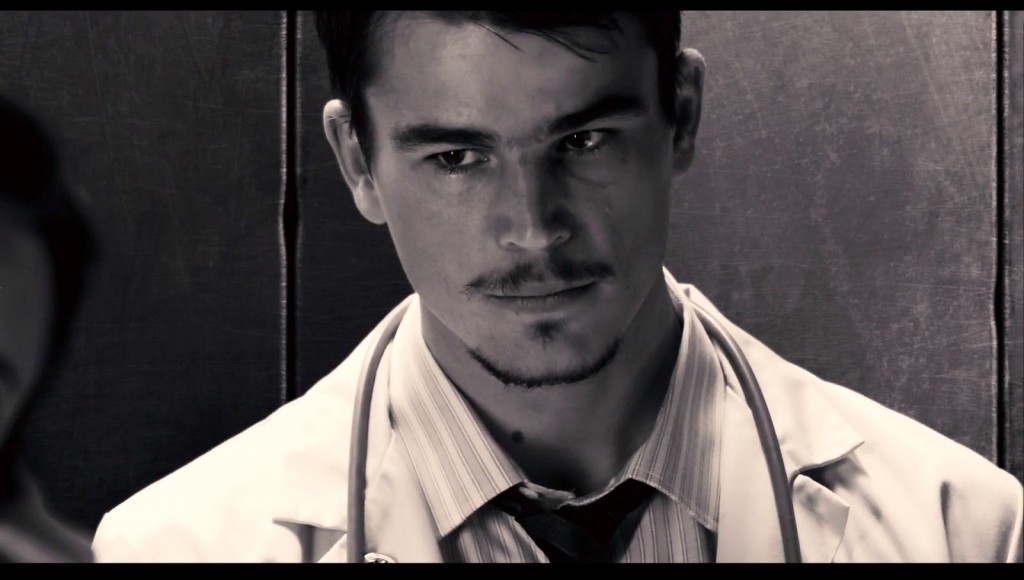 The scene from Sin City that got the movie on the silver screen. 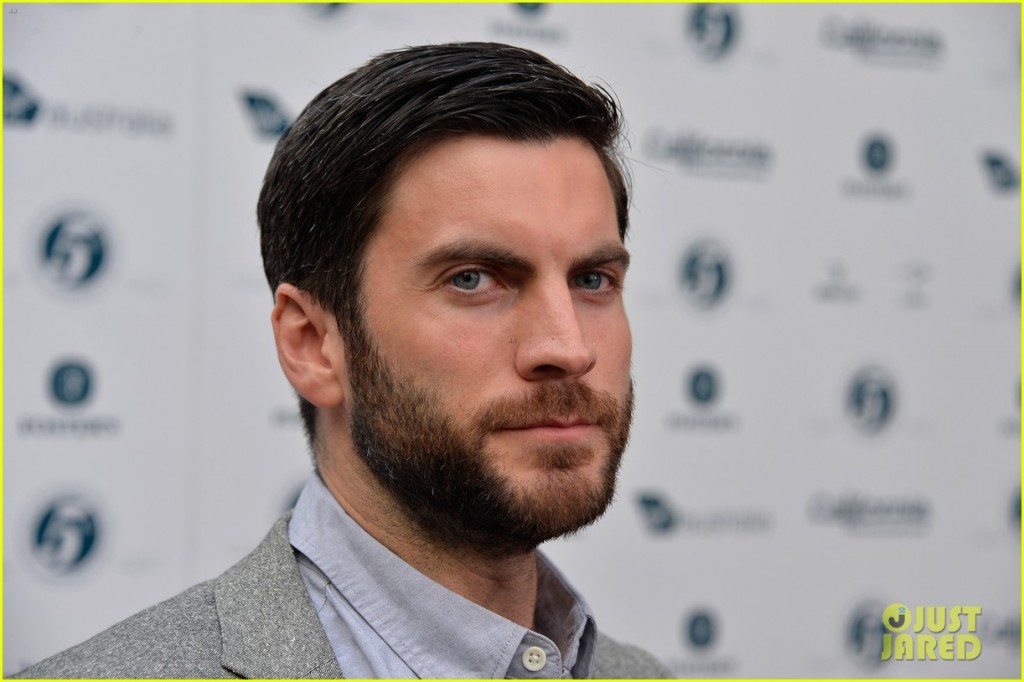 Wes Bentley would be a darker Robin (Nightwing).

He is known for the role in American Beauty, more recently he appeared in American Horror Story as  John Lowe, but what role caught the attention of director Christopher Nolan, so he would recommend it to Zack Snyder for the role of Batman? It was the role in The Hunger Games as Seneca Crane. 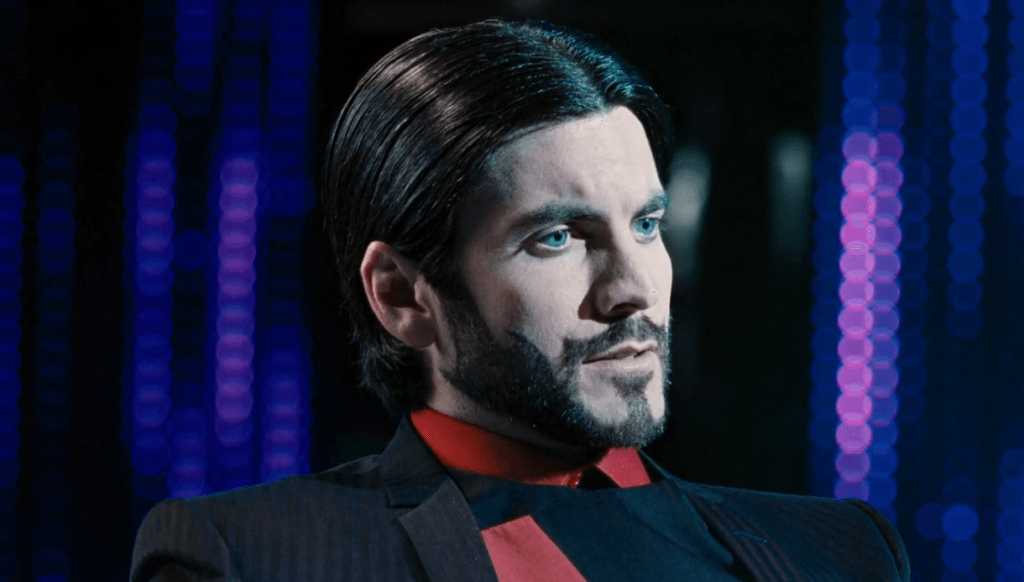 Wes Bentley as Seneca Crane in The Hunger Games

He is 35 so he could be an older Robin, his stature is compatible and he actually reassembles the character a lot. The best quality that recommends Wes Bentley for the role is his appearance. He does have a certain look that would fit perfectly in a comic book adaptation. He took a chance at the role of Batman but he was overshadowed by Ben Affleck . Why not getting the role of Nightwing? 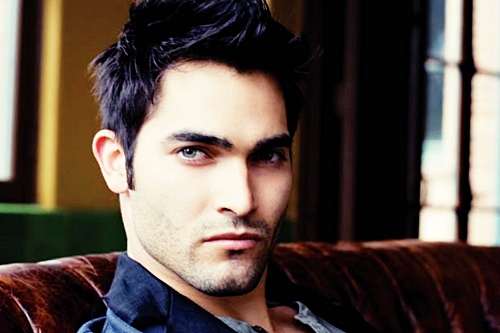 Indeed an interesting expression. This Nightwing would bring mystery

He was on the shortlist to play Batman, but Snyder was looking for an older actor and he is only 26. With a look that is hard to forget, Tyler would make a very interesting and highlighted appearance alongside Batman. Wouldn't he be the right fit for the role? 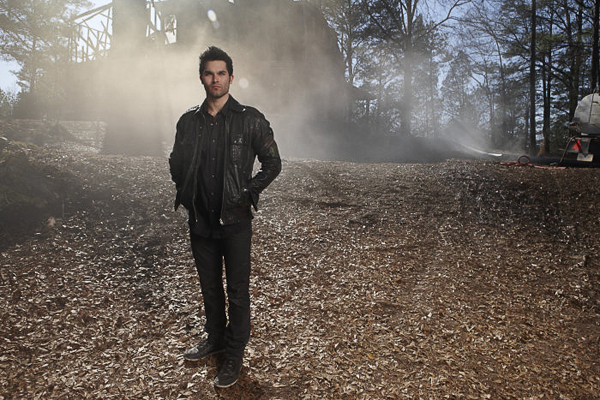 Tyler Hoechlin made his first big appearance in Road to Perdition as the son of Michael Sullivan (Tom Hanks) in 2002. After few more film gigs, he landed in MTV's hit show Teen Woolf portraying Derek Hale. Given his role in Teen Woolf (a werewolf) he is perfectly fit for the role of Nightwing. His fit body and age recommend him as well. 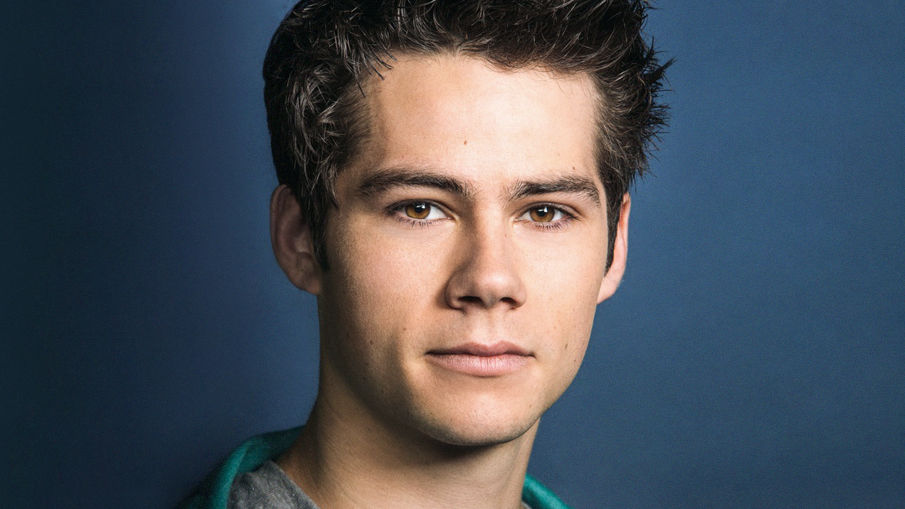 This Nightwing would be young and determined

He has the right age, the perfect looks for a slimmer superhero and he is currently rising in fame and popularity due to The Maze Runner movie franchise. In The Maze Runner, Dylan proved his acting skills, playing the role of Thomas, the last male to enter the Glade. So, he's used with tough action and difficult situations already. 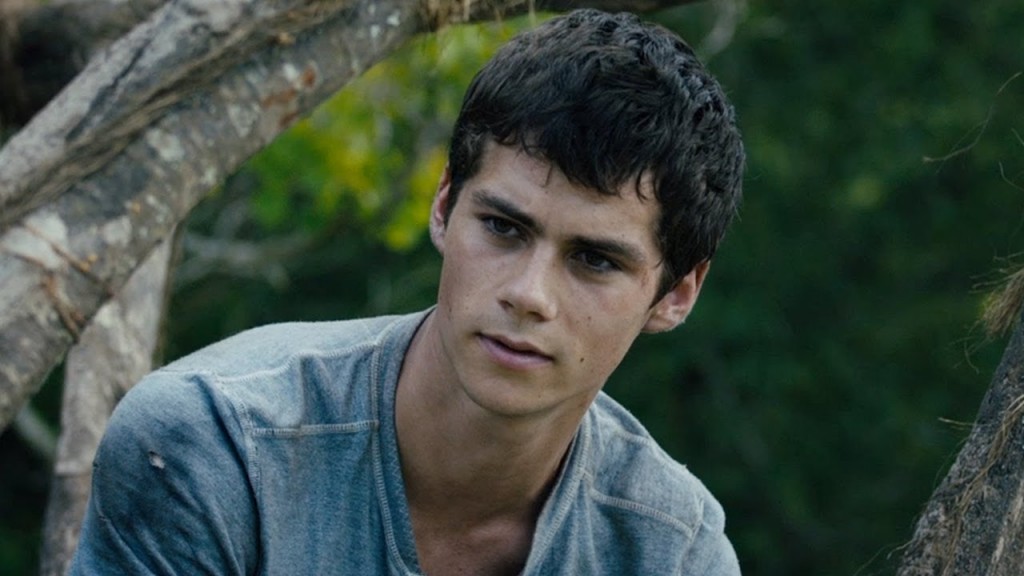 He actually faced a lot of difficult situations in The Maze Runner.

In case Nightwing will be a young, cocky and in great shape character, Dylan O'Brien might have the most complete features and qualities to take the role. 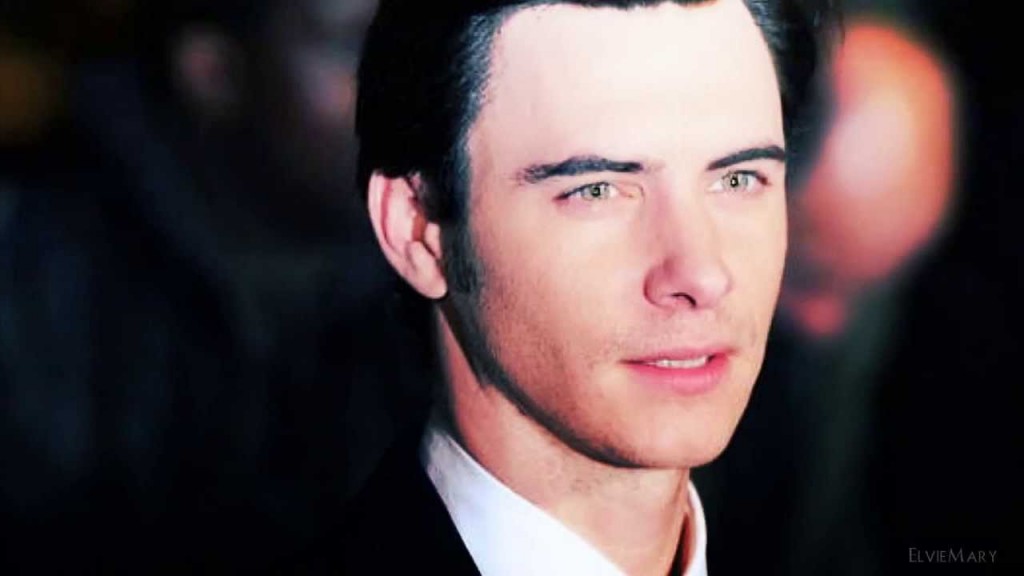 Another smart choice would be this Game of Thrones actor. Until now, this is his most notable appearance, where he plays the role of Viserys Targaryen, the sadistic brother of Daenerys Targaryen. He's been in some other movies like Doctor Who, Robin Hood, The Iron Lady or The Theory of Everything.

For the fans of Game of Thrones I've just made the list more exciting, but what recommends this 29 years old actor?

Viserys Targaryen in Game of Thrones

He has the right age, not too young but not old either, rather in between and with looks that have already gathered a lot of fans among the feminine public. We cannot doubt his acting skills after the first season in Game of Thrones and as we mentioned, his features are not only gaining fangirls but are also similar to Nightwing's. 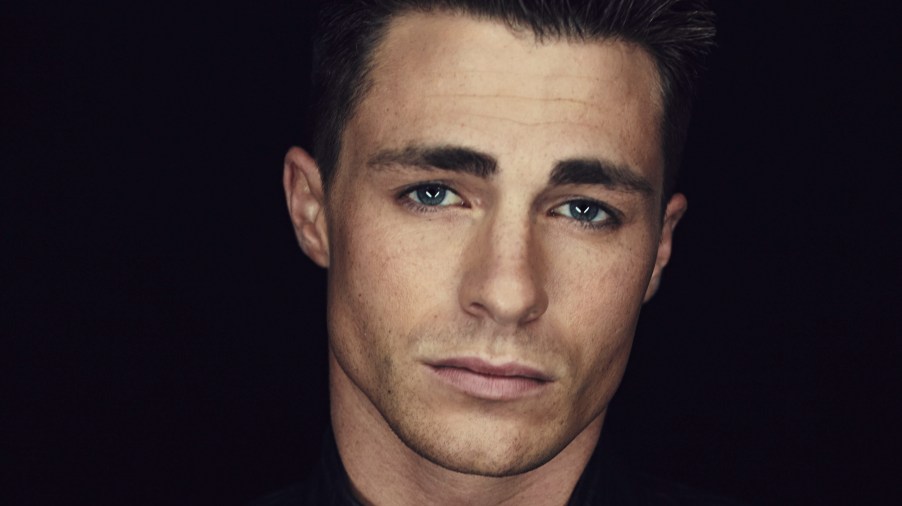 Colton Haynes, already familiar with being a sidekick.

Colton Haynes already proved his skills better than any other possible aspirer to the role of Nightwing. He is far from being a popular name, but what differentiates him from the rest is that he is already playing the role of a future sidekick in CW'S Arrow. 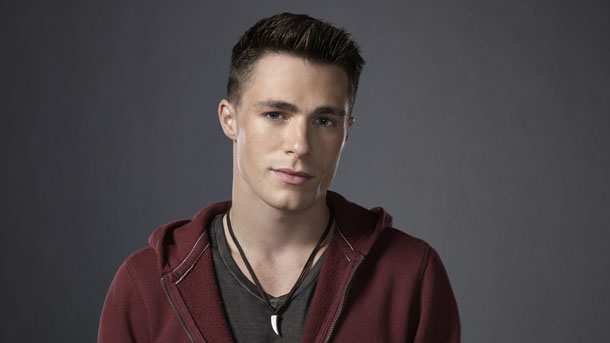 The character he plays in Arrow (Harper) resembles Nightwing a lot. This might be the decisive aspect in whether he can play the role of a former sidekick. On one hand, it could be too much for the fans, and the role could look better performed by a new figure.

On the other hand, this guy performs the in-action scenes in Arrow himself, so he is already trained for a role that requires gymnastic abilities, and there are fans out there who would actually love to see him fighting alongside Batman. 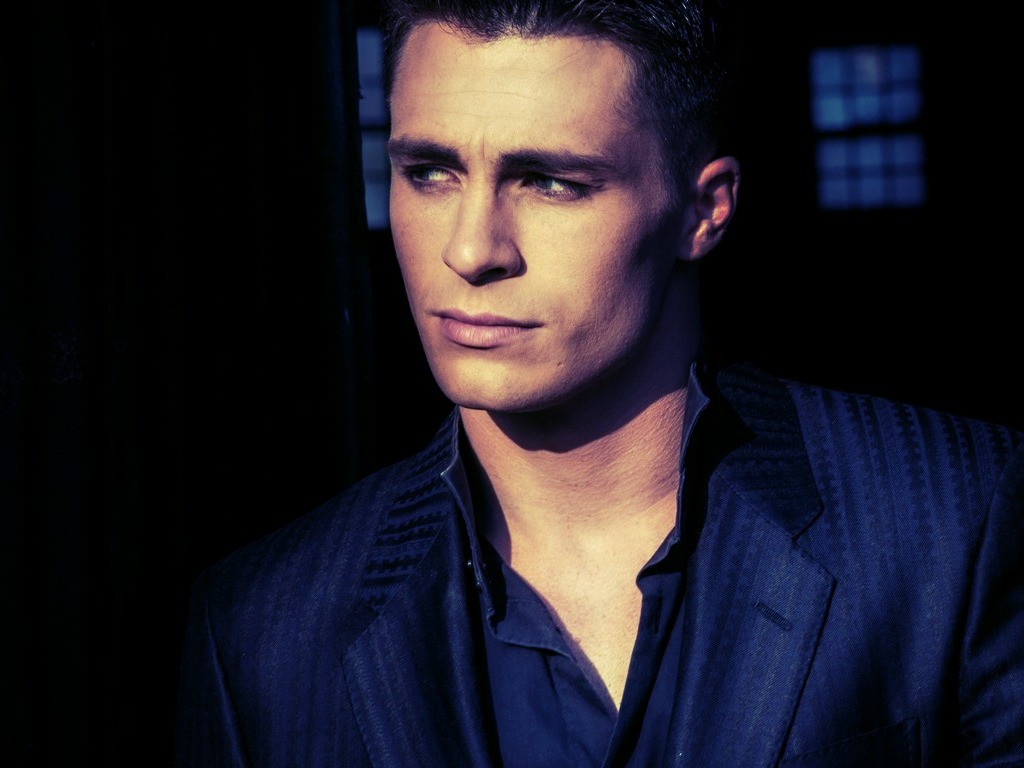 He has all it takes for the role of Nightwing

Regarding the looks and the age, he is 25 years old and a former model, we may all agree that his chiseled features match those of Dick Grayson perfectly. 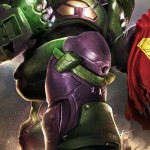 Lex Luthor - The Most Likeable Man in the World
Next Post 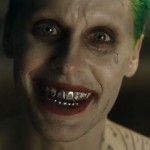