At SDCC last weekend, attendees were treated to a special short mockumentary-style film that revealed where Thor was during the events of “Captain America: Civil War.” Taika Waititi, the director of “Thor: Ragnarok” (which is currently filming), created the humorous short as a way to explore what the Norse god was doing with all that downtime while the rest of the Avengers were choosing between Team Iron Man and Team Cap.

Though footage from the video hasn’t been released publicly yet, Waititi has taken to Instagram to share an image from the mockumentary, featuring a close-up of a board that Thor has apparently been using to investigate conspiracy theories regarding the Infinity Stones. The caption reads, “Thor is investigating who is after the infinity stones.” Check out the picture below: 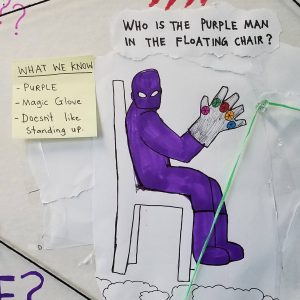 Other humorous aspects of the mockumentary included Thor getting a typical human roommate, giving his hammer its own bed, and having a casual cup of coffee with Bruce Banner (Mark Ruffalo). There was little behind-the-scenes footage from “Ragnarok” to screen at Comic-Con, as filming began just recently, so this light comic piece was an unexpected surprise for fans.

You can follow Waititi on Instagram here. Hopefully he’ll be sharing more images from the Comic-Con short as filming continues on “Thor: Ragnarok.” The film is set to hit theatres on November 3, 2017. Chris Hemsworth will be returning as Thor, along with Tom Hiddleston as Loki, Tessa Thompson as Valkyrie, Jeff Goldblum as the Grand Master, and Cate Blanchett as Hela. 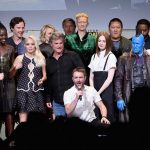 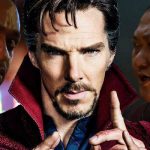 Doctor Strange – How Mordo And Wong are Different from their Comic Book Counterparts!