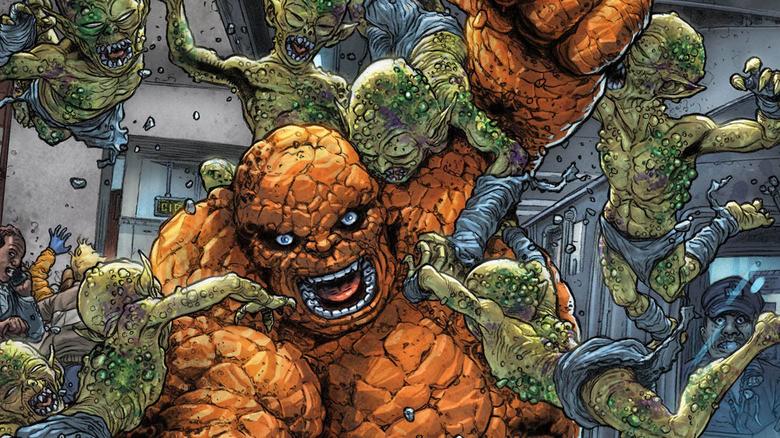 Yet another major event is coming to the pages of Marvel Comics, as it's been announced that Contagion, a five-issue limited series, is set to arrive this fall. The book will be released weekly, not monthly, for a five-week run starting this October. The threat that lies ahead will need to be contained by street-level heroes, such as Jessica Jones, Luke Cage, Thing, Iron Fist and Moon Knight.

Here's the official synopsis for Contagion.

"A NEW EVIL BEYOND UNDERSTANDING COMES TO THE MARVEL UNIVERSE! A seemingly unstoppable force has invaded the Marvel Universe, and it's going to take every hero the streets of New York has to stop it! A strange substance is taking over heroes and citizens alike, draining them of their life force, stealing their knowledge and abilities, and neither science nor magic can stop it! Where did it come from? Can anything destroy it? And who will fall to its awful, overwhelming power?"

The book is written by Ed Brisson and features art from a number of different artists, such as Roge Antonio, Stephen Segovia, Mack Chater, Damian Couciero and Adam Gorham. What could Brisson possibly bring to NYC that hasn't already attacked its inhabitants and heroes a number of times over the years? That's the million-dollar question right now.

“We’re going to put a lot of the bigger Marvel characters through the wringer here. This is a situation that ONLY folks like Iron Fist (who I’m thrilled to be writing again), Luke Cage, Jessica Jones, Ben Grimm, Cloak and Dagger, and about a half-dozen street-level folks can solve. The Avengers try to get involved, but for reasons the readers will quickly learn, their involvement can be incredibly catastrophic. It could spell the end of New York, hell, maybe even the end of the world," Brisson said. “The threat is a new one, something the Marvel Universe hasn’t seen before. It’s not often that you really get to build a new bad from the ground up, and that’s been a real exciting challenge here. Our heroes are unprepared for it. This thing is indiscriminate, it’s unpredictable, and it’s unbeatable. I’m trying out some bonkers stuff in the series, really pushing a lot of characters to the brink — some of them are characters I’ve been wanting to get my hands on since starting at Marvel.”

This comes shortly after Marvel revealed the trailer for their Absolute Carnage event. The publisher is also wrapping up War of the Realms, which has been an all-encompassing, huge crossover. And they’ve got Marvel Zombies set to return this fall. Clearly, they're not content to slow things down.

"I cannot wait for readers to see this story," said Marvel editor Jake Thomas. "It's a different kind of threat than our heroes are usually up against, and watching all their usual defenses crumble is going to be crazy exciting, and more than a little scary! We've assembled a great team of artists, and Ed Brisson is firing on all cylinders, doing some of the creepiest, funniest, and most emotionally taut writing of his career. It's everything you want out of a big, crazy Marvel event, all packed into one wild month!"

To go along with the announcement, Marvel revealed five covers for the upcoming issues from artist Juan Jose Ryp, which illustrate the horrors that await our heroes. We've included the covers below for you to check out.

So what do you think? Will you be picking up Contagion this October? Or will you wait for the trade paperback? Sound off in the comments! 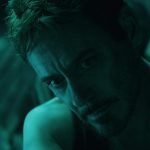 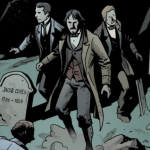