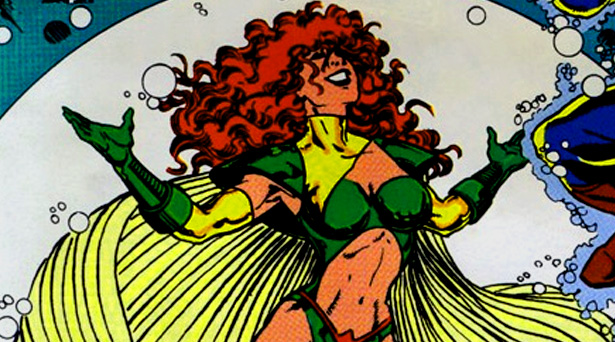 Comic book movies have had a distinct lack of strong female characters. Granted, that’s starting to improve now, with the inclusion of the likes of Storm, Black Widow and Scarlet Witch and the upcoming Captain Marvel and Wonder Woman, but those characters are all heroes.

When it comes to villains, however, there have been very few. Mystique, Poison Ivy and Selene spring to mind as the most prominent, but two of those were (literally) decades ago and it’s about time we saw a few more.

With so many comic book movie franchises currently on the go, the opportunity to bring in more female villains is bigger than ever. With that in mind, here are eight female supervillains we’d love to see in movies. 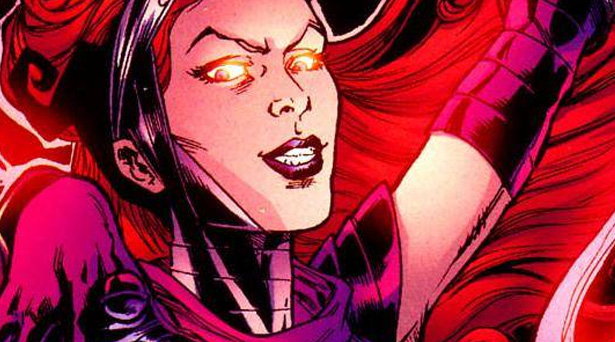 Circe is a DC Comics sorceress who is a long-time foe of Wonder Woman and, given that the Amazonian hero is set to appear in the DC Cinematic Universe, there’s every chance she could appear in a movie soon.

As well as being a powerful magic user, Circe can use her powers to augment her own physical attributes, making her a physical match for Wonder Woman, in addition to being able to cast powerful and dangerous spells.

She is immortal, can essentially warp reality and can use magic to create illusions, fire powerful blasts, manipulate minds, teleport and, most prominently, she transforms men into animals (it’s kind of her “thing”).

It would be awesome to see a live action depiction and, given that Enchantress is about to be played by Cara Delevingne, magic is definitely coming to the DC Cinematic Universe and Circe should undoubtedly follow. 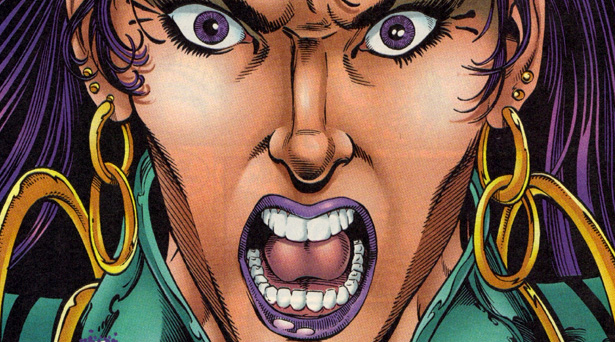 Morgan le Fay is another sorceress – this time from Marvel Comics. She has been a villain of the Avengers and both an ally and antagonist to Doctor Doom – this means that, depending on which studio owns the rights to her, she could potentially appear in both the Marvel Cinematic Universe or a Fox movie.

She is virtually immortal and, through mystical means, she has lived since her birth in the sixth century England in the days of Camelot and, consequently, is a very interesting character.

As a former pupil of Merlin himself and with faerie heritage, her powers include being able to manipulate the natural environments of both Earth and the astral plane for various purposes.

She would pose a very new kind of threat to the MCU Avengers and, should she appear in the Fox movie universe, would bring the concept of magic to it for the very first time. And that would be cool. 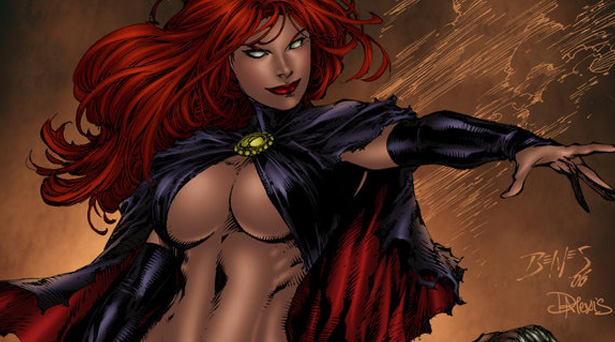 The X-Men movies have certainly included more super-powered female characters than any other franchise, but that’s not to say there aren’t a load more from the comic books that could be introduced.

Jean Grey, Storm, Mystique and Emma Frost are amongst the women we’ve seen so far – and that’s great – but it’s certainly the male characters who have dominated proceedings to date (Wolverine, Professor X, Magneto, Beast, Sebastian Shaw, Cyclops etc) and that doesn’t look like changing any time soon (the likes of Apocalypse, Deadpool and Gambit will all headline movies in the next year).

That could change with the introduction of the incredibly powerful Madelyne Pryor. Pryor is a clone of Jean Grey, created by the villainous Mister Sinister with the long-term intention of having her give birth to Cyclops’ child – whom Sinister would groom into becoming his servant.

She is a powerful telepath and telekinetic who can also channel magical abilities. She is, therefore, a multi-level threat. 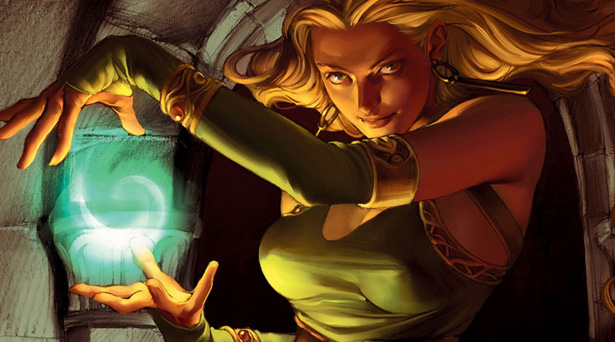 Cara Delevingne is set to play the DC Comics character known as Enchantress in 2016’s Suicide Squad, but Marvel could do a lot worse than introducing their character of the same name to the Marvel Cinematic Universe.

Although there are two such characters in Marvel, classically the name of Enchantress belongs to Amora – an Asgardian who is both a villain of Thor’s and an admirer and sometimes lover of his.

She possesses a number of magical powers – most notably mind-control, which she has used to make Thor attracted to her on several occasions – and is very powerful. She could well appear in Thor: Ragnarok in 2017.

Moreover, in the comic books, she has been exiled to Earth by Odin – at which point she joined Baron Zemo’s Masters of Evil team. With Zemo heading to the MCU in Captain America: Civil War, that would be a cool scenario to see on screen in future. 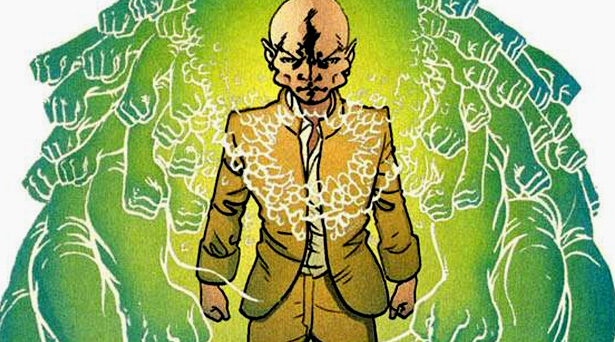 Like Madelyne Pryor on this list before her, Cassandra Nova would have to appear in an X-Men movie, due to her associations in the comics. She is neither a mutant nor a human - and she's also completely intangible – and would represent a very different kind of threat to anything seen in the franchise to date.

A member of the parasitic species of beings known as the Mummudrai, Cassandra Nova was born bodiless on the astral plane – having essentially been created by the negative psionic energies on the physical plane. They are essentially dark reflections of humanity.

Every now and again, the Mummudrai crossover to the physical plane - something Cassandra Nova has done several times – and, given that they are capable of copying the DNA of living beings, they can be extremely dangerous.

In the comic books, Cassandra Nova has copied the DNA of Charles Xavier, causing her to become a powerful, bodiless telepath. She could also create bodies for herself, possess other living beings or operate whilst completely intangible - and that means she would make for a really interesting movie villain. 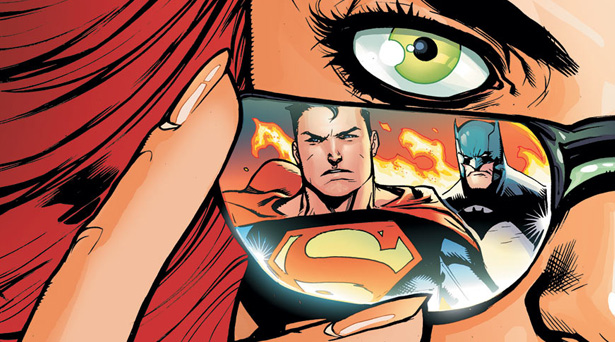 Maxima is a flame-haired villain (and sometimes hero) in DC Comics who is most strongly associated with Superman. Possessing superhuman physical attributes, flight, telepathy, telekinesis and various energy-based powers (optic blasts, forcefield erection etc), she is an extremely formidable character.

She is a member of the royal family of the planet Almerac who arrived on Earth looking for a suitable mate – whom she thought she had found in the Man of Steel.

Superman’s refusal to comply with her sexual demands – in spite of her insistence that no Earth girl could ever provide him with children – resulted in the pair coming to blows and Maxima later went on to work alongside villains such as Brainiac.

She eventually turned heroic and worked alongside the likes of Superman and the Justice League (although she does still flutter between being good and evil) and any movie appearances could make for an interesting story of redemption. 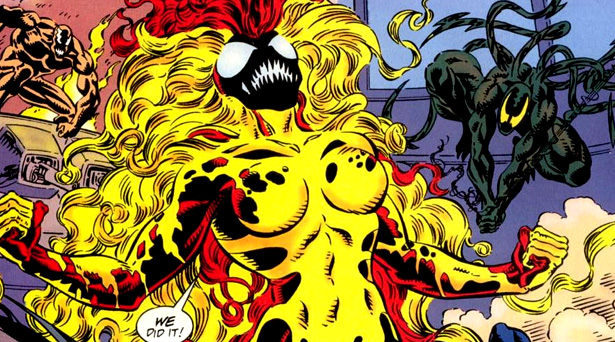 Since 2002, Spider-Man has had five solo movies in two different franchises – and not one of those movies has seen him facing a female villain. If that was to change now that he’s coming to the Marvel Cinematic Universe, Scream would be a great character to introduce.

Scream is Donna Diego – a member of the Life Foundation group who were working on the Venom symbiote. During her work with the symbiote, she became infected with it and became the character known as Scream.

She developed powers similar to Venom and Spider-Man – superhuman physical attributes, wall-crawling abilities and a danger-sense – but also prehensile hair while she could use in battle.

In order for her to appear – and she would look pretty spectacular in live action – Venom would have to appear first. However, nobody would complain if the MCU Version of Venom made amends for the horrible Topher Grace version in Spider-Man 3. 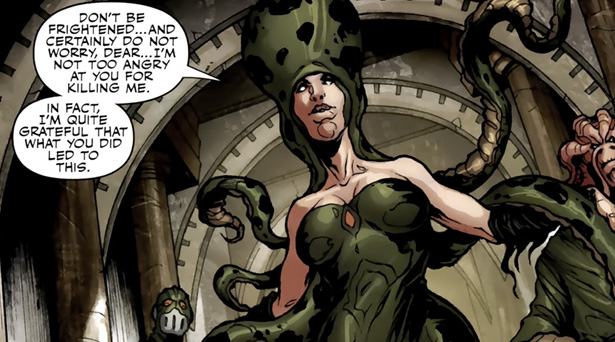 The Marvel Cinematic Universe is undoubtedly the franchise that is most obviously lacking a major female villain. Twelve films in, there haven’t been any major female villains in the movies and there have only been a handful in the spin-off television shows (Lorelei, Jiaying, Agent 33 and Raina, for instance) and it’s about time that changed.

With HYDRA being a prominent feature in the movies, who better to introduce than Madame Hydra AKA Viper?

A fairly unfaithful depiction of the character appeared in The Wolverine, but it would be far more fitting to see her battling the likes of Captain America, The Avengers and S.H.I.E.L.D. as a high-ranking member of HYDRA in the MCU.

An excellent strategist, tactician and leader, Madame Hydra is also a very capable fighter and marksman. She would be a fantastic addition to the big screen. 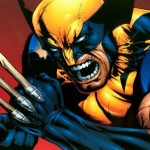 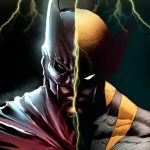 Batman Vs Wolverine: Who Wins?