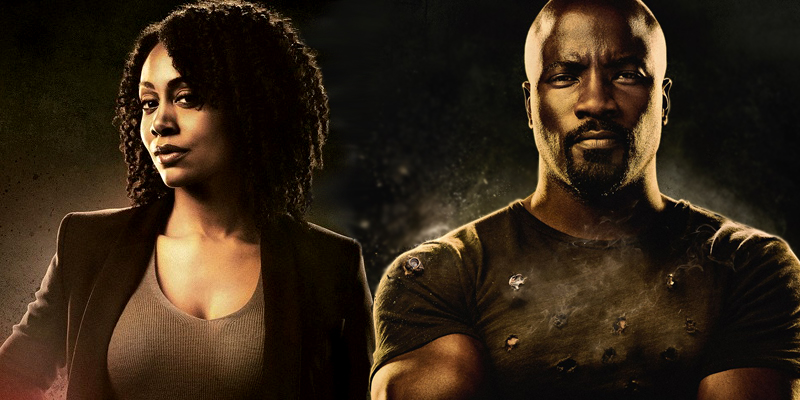 While we are still thirteen days away from watching the full series of Marvel's Luke Cage on Netflix, some critics have already watched seven of its thirteen episodes, and they suggest that it’s one hell of a show. According to one of them, Simone Missick's Misty Knight steals the show, just like Jon Bernthal's The Punisher did in the second season of Marvel's Daredevil.

Many fans have been looking forward to seeing the first live-action adaptation of the character created by Tony Isabella and Arvell Jones back in 1975. Marvel TV head-honcho Jeph Loeb even entertained the idea of doing a Misty Knight spinoff series in an interview with The Hollywood Reporter last month.

While speaking to Hallmark Channel's Mark Steines and Debbie Matenopoulus (via Screen Rant), Simone Missick shares tidbits about her character's personality in the upcoming Netflix series. The actress says:

She is bad"¦badass"¦She's a detective in Harlem"¦Homebred, and she really is passionate about her community and passionate about the people who live there. She was an athlete growing up, so you see a strong woman, not only mentally but physically.

She goes on to claim that her version of Misty Knight has a particular "superpower" which she refers to as "Misty-vision"! According to Missick:

She also has this amazing superpower called Misty-vision, that she uses as a detective. She has the ability to look at a crime scene and figure out what happened, so she's got this amazing clearance rate.

During the interview, the actress admits that she felt the pressure of portraying such a fan-favorite comic book character after being cast. She also explains how Marvel's Luke Cage touches on current events related to America's black population. You can check out the interview below!

Marvel has released two character posters for the upcoming September 30 release. One of them features Missick's Misty Knight, while the other features Rosario Dawson's Claire Temple. Here are the posters for you! 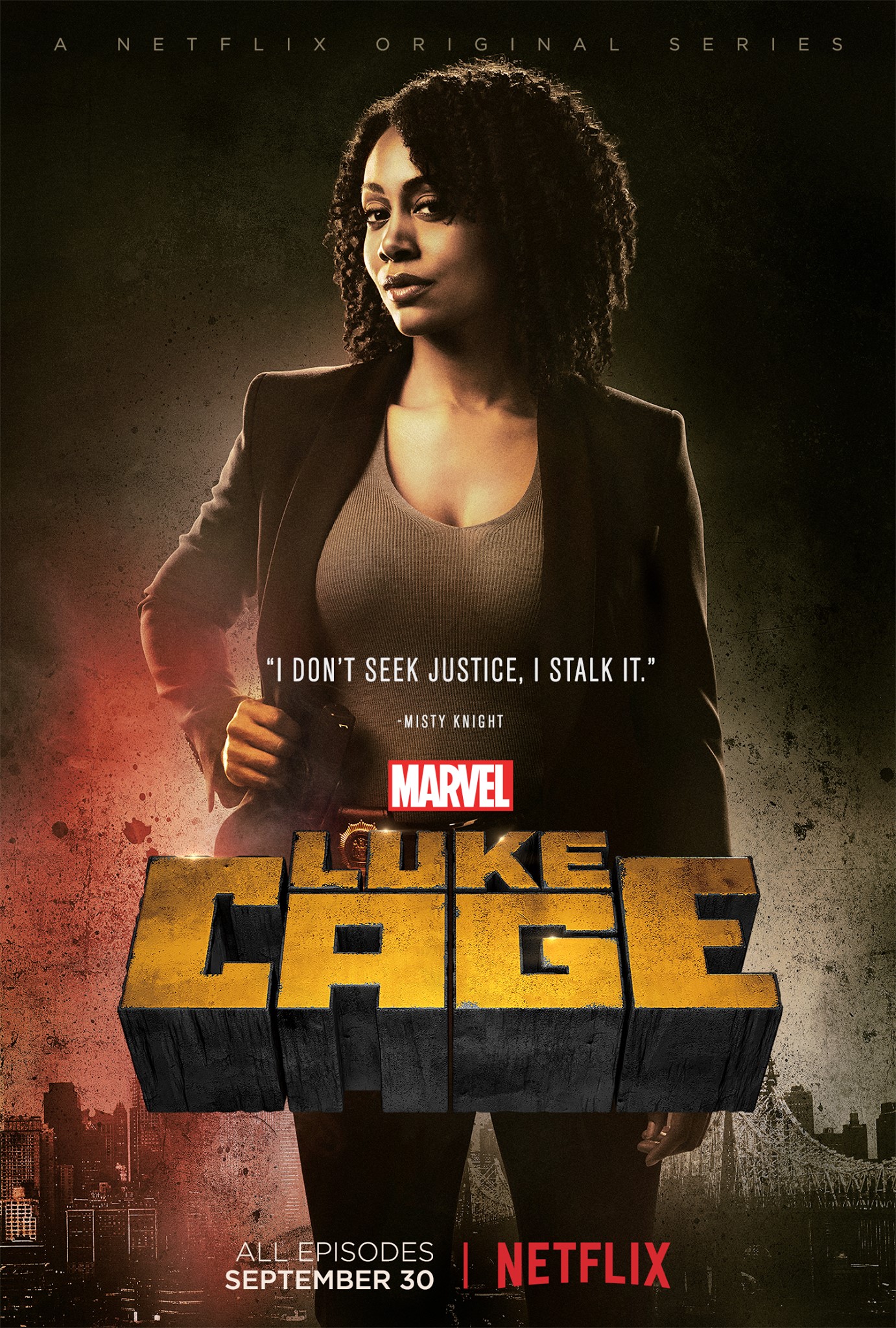 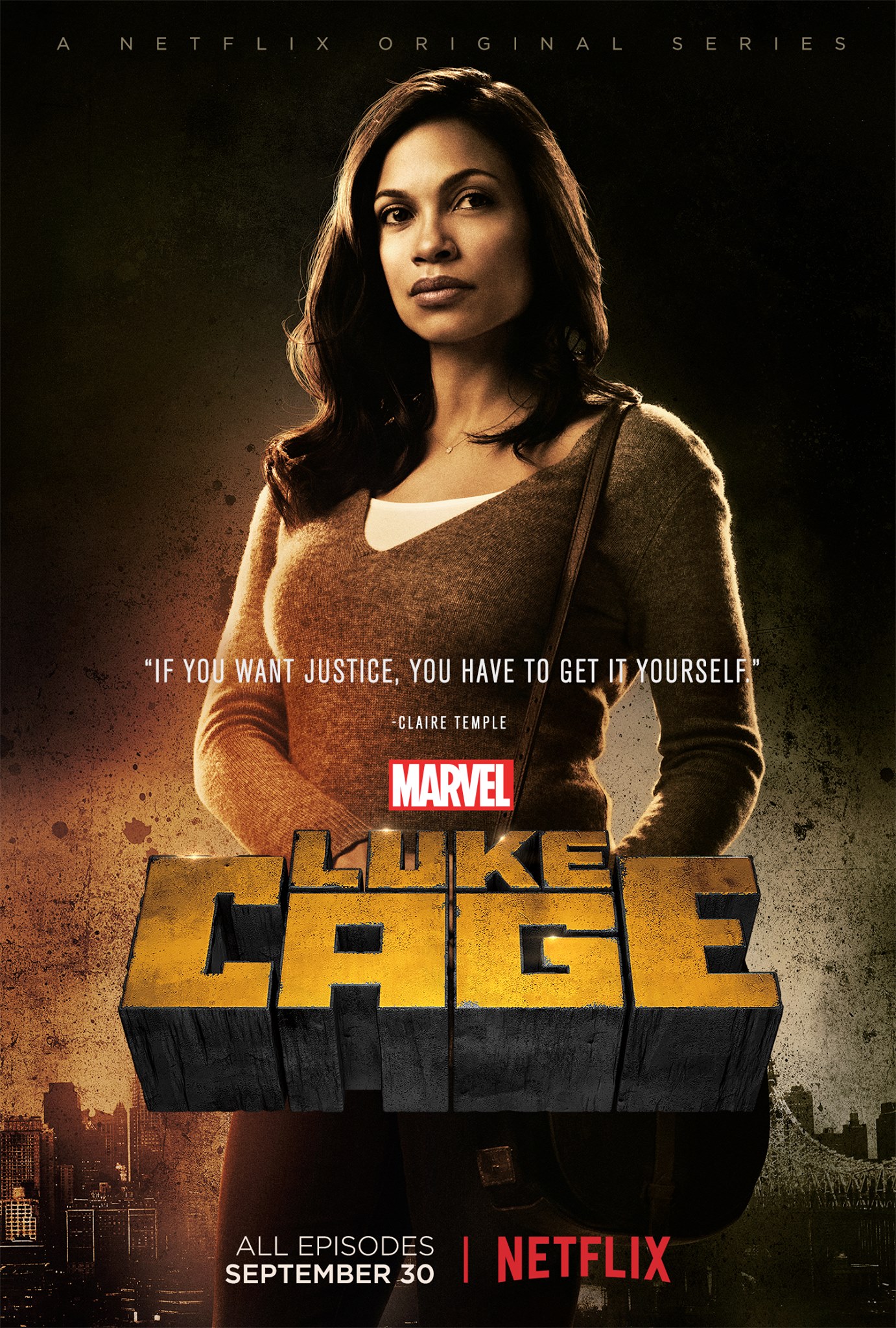