The Many Times the MCU was Retconned 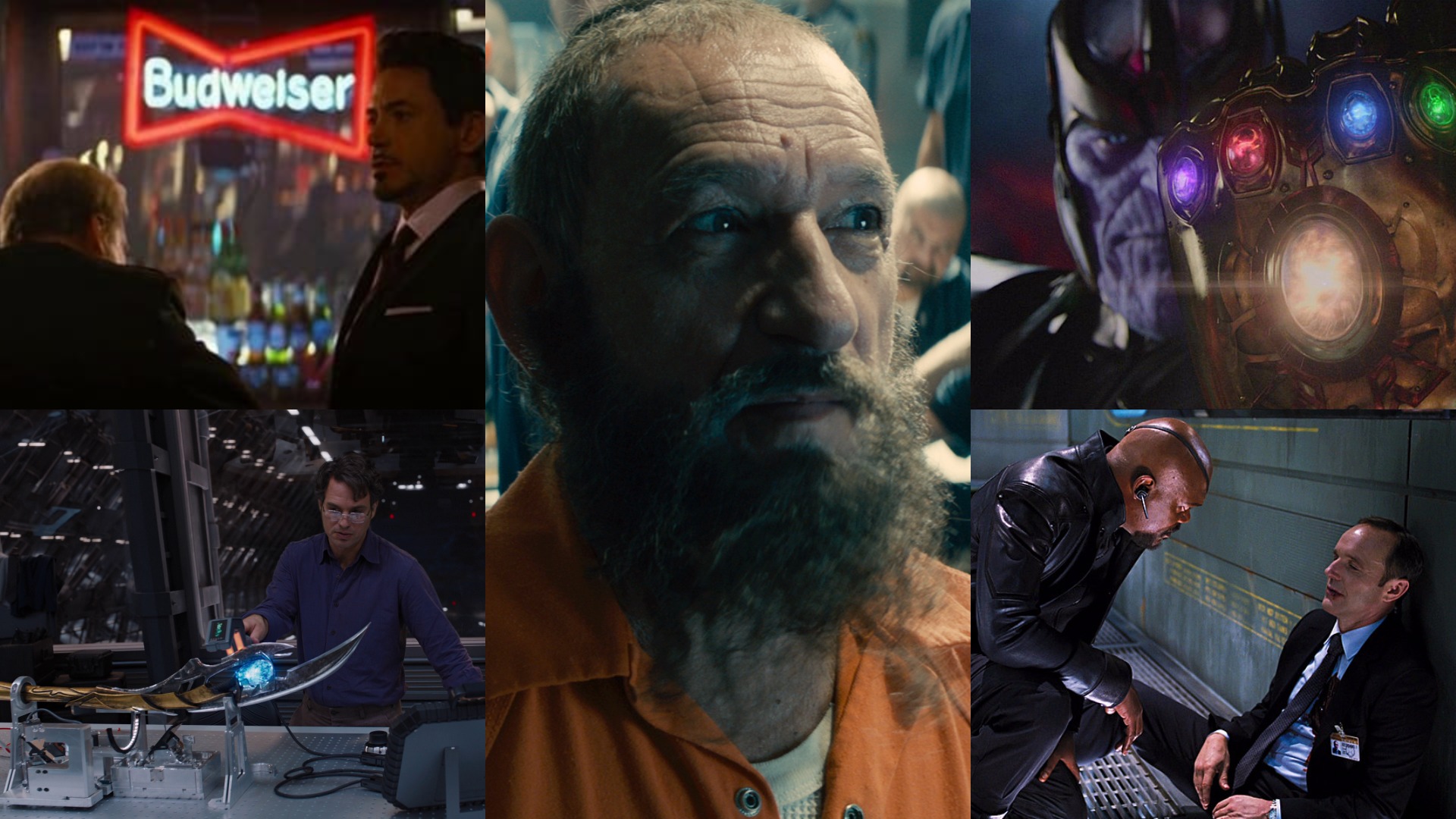 As far as comic books are concerned, there is nothing certain when it comes to the history they present. And that is because, with so many years of storytelling, it is impossible not to mess up the continuity. Or, better yet, in order to bring more impressive stories on the pages, it is impossible to respect this continuity.

So, in the comics, there is the retconning. Basically, the history is changed in order to fit the needs of the new story via an unexpected detail. Thus, whether someone is discovered to have been a clone rather than the actual character, whether an important past event is trivialized, or whatever, the history changes.

Does this happen in the MCU as well? Of course it does. Especially when we are considering the first movies, when the shared universe wasn't outlined just yet. Can they ruin one's movie going experience? No. But they are still there.

So check out the biggest retconning events in the MCU! And watch out - there may be spoilers! 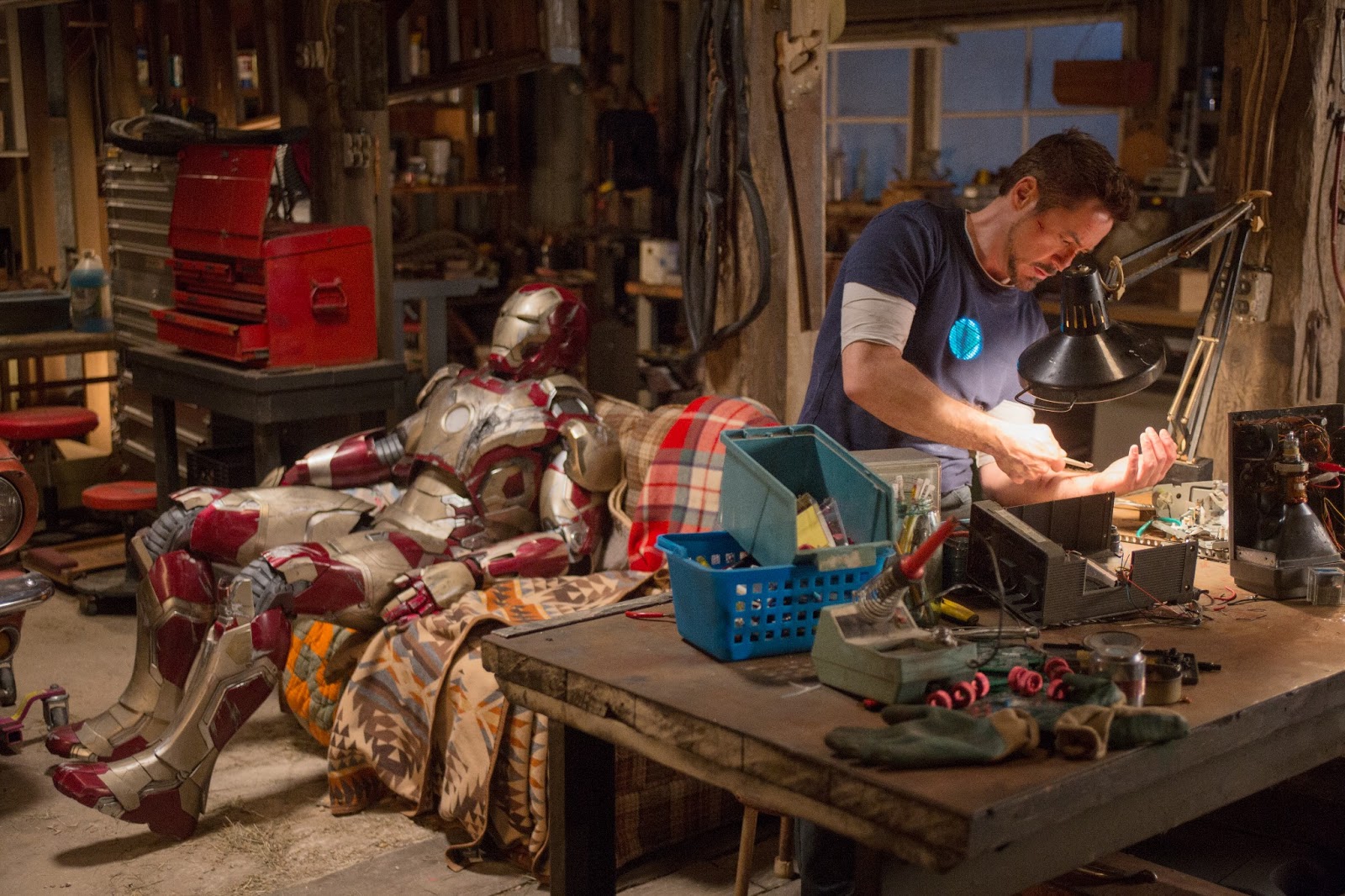 Throughout the first 2 Iron Man movies, it was made clear that the suit cannot be powered by anything else than an arc reactor. As a matter of fact, this was a huge point in Iron Man 2 - Tony Stark dying, because he was unable to find a means of improving the arc reactor.

So it was pretty weird when, in the third Iron Man, Tony Stark decides that the arc reactor can function as a rechargeable battery. When his top of the line suit remains without power, he simply plugs it in and waits for it to recharge.

In order to better fit the storyline of Iron Man 3, another type of retconning is also used. Instead of having the suit powered by the central arc reactor, each individual piece of the suit is powered by its own battery. Which is at least weird. But, hey, at least this was the best Iron Man flick to date, right? 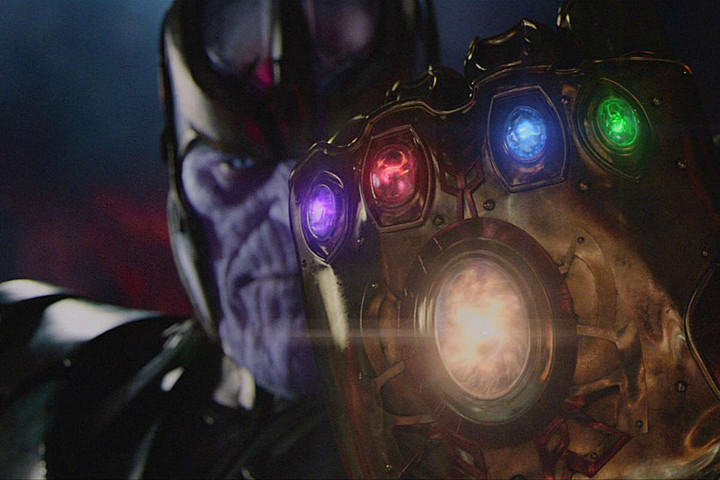 Which one is it? (Screen Crush)

When the Frost Giants break into Odin's Vault in the first Thor flick, we are treated with a rather impressive number of Easter-Eggs. But, among them, only one was the most important. Thus, we see the Infinity Gauntlet - as revealed in later movies (particularly in the first Avengers), Thanos will want to get his big hands on it.

And, surprisingly, he does so - as revealed in the credits scene of Avengers: Age of Ultron, the Mad Titan decides to do all the dirty work himself and takes the gauntlet. Why is that such a surprise, especially when the Infinity War is coming? Because he took it without being prevented.

And so Kevin Feige (and some keen-eyed fans) said that it wasn't the gauntlet from Odin's vault, but another one. Which is weird, since the gauntlet in Odin's vault was the premise of a confrontation between the Asgardians and Thanos.

Will we see this first gauntlet again? I doubt it. And if we will, I can bet they'll say it was a fake. 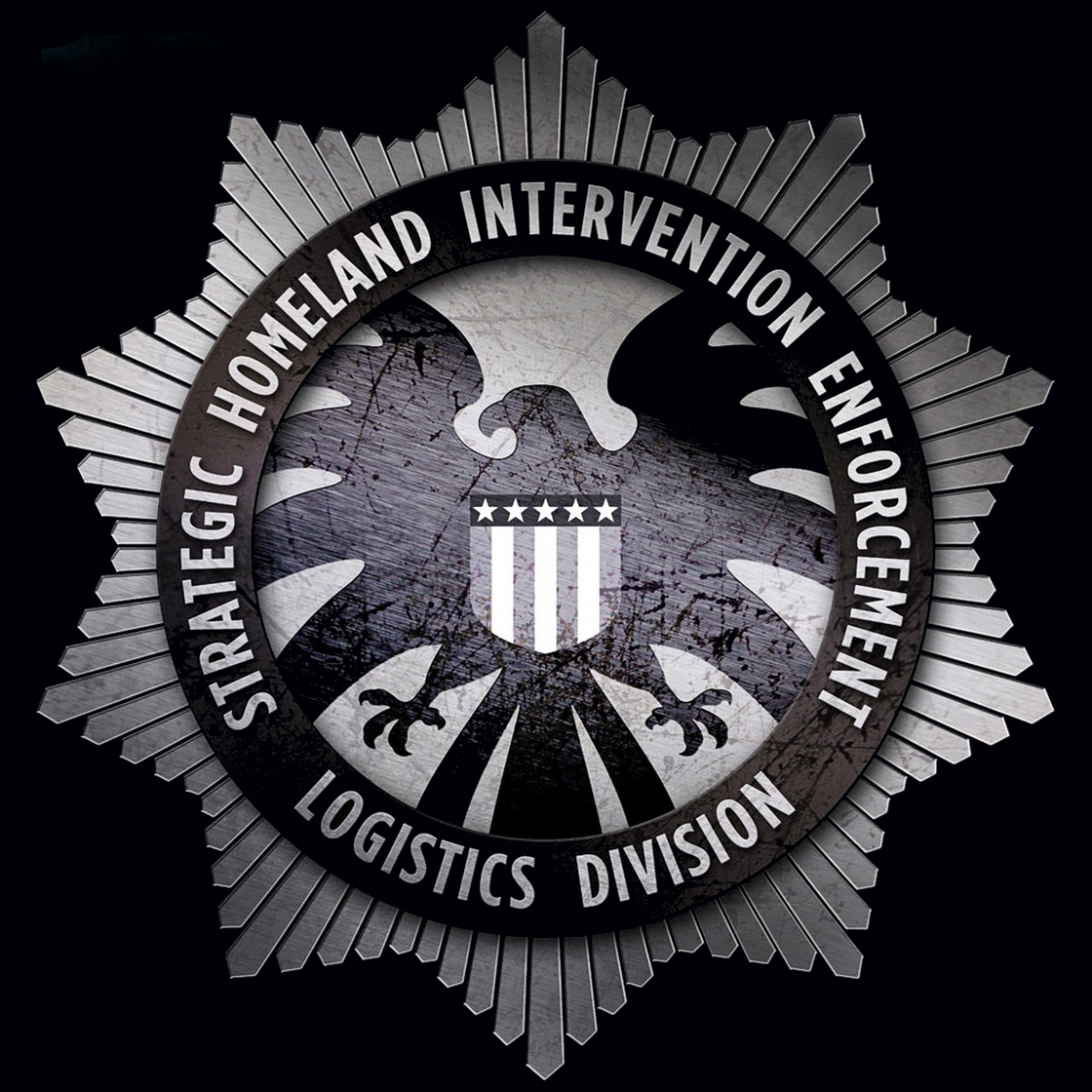 S.H.I.E.L.D. is introduced in the first Iron Man flick and is, basically, a super-secret organization, a rather new one, which hasn't even managed to find an acronym for itself. Thus, this is a gag that runs throughout the entire movie, with Coulson rarely finishing when he says Strategic Homeland Intervention, Enforcement and Logistics Division (which already sounded like a name made up especially for an acronym).

But, big surprise, SHIELD wasn't new at all and had its name established after the Second World War! Thus, the secret organization was revealed to be quite old, and Coulson had no idea how to shorten that huge name. Was he kept out of the loop? How did Tony Stark, with all his gadgets, miss the long history of the organization?

And that especially if we are considering the major role it played in global politics. Nothing stays secret that long. And since I named S.H.I.E.L.D"¦ 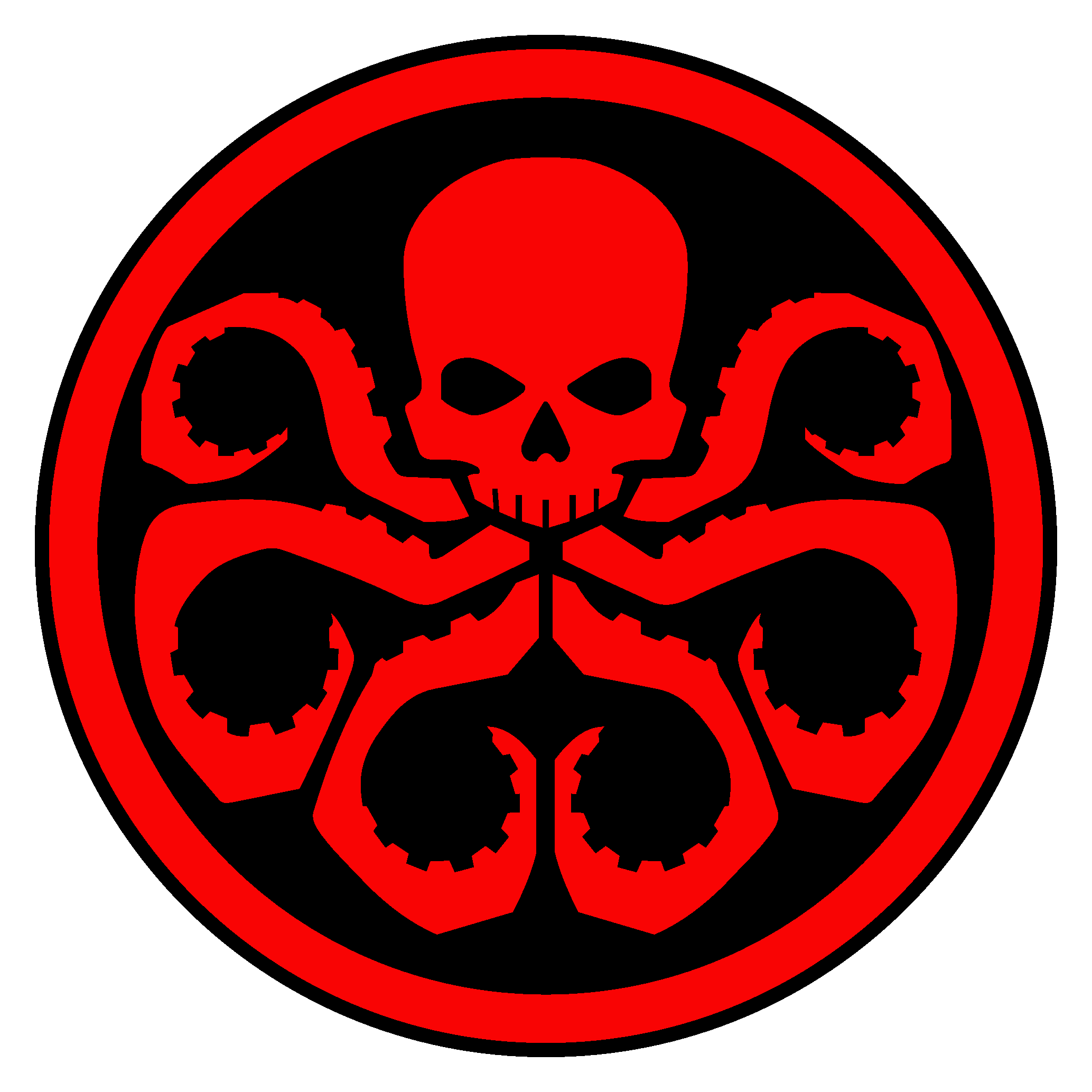 The history of HYDRA in the MCU is, basically, a long history that’s full of twists. But I guess this is what happens when two super-secret organizations, both super-powerful, battle it out for about 70 years.

But the biggest (big screen) retconning for HYDRA came during The Winter Soldier events, when it was revealed that the organization had infiltrated S.H.I.E.L.D. ever since WWII ended. Thus, carefully, the villains led the respectable leaders of S.H.I.E.L.D. to do their own dirty work.

It isn't just that, though. The Winter Soldier also revealed that HYDRA was infiltrated everywhere, from the leader of their counterpart organization to the American Senate, and so on and so forth. Which changed the viewer's perspective on some other events as well - for example, Senator Stern wanted Tony's Iron Man suit not to protect the USA, but to equip HYDRA with a most powerful weapon.

Fortunately, this twist played very well. Much better, in fact, than other twists on this list. The Russos did a great job with The Winter Soldier and the Civil War, and they will keep this trend well after the Infinity War ends. 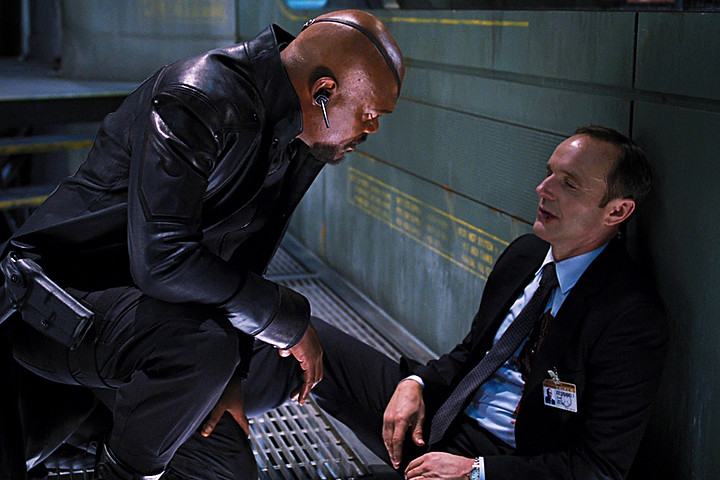 The death (and resurrection) of Agent Coulson is, in fact, the biggest retconning on this list. And, unlike the reveal of HYDRA being infiltrated in all organizations, this twist couldn't have been worse.

Thus, when he died in Avengers, Coulson showcased his heroism. Furthermore, his death wasn't futile, since it was used by the rest of the team as fuel against Loki and the Chitauri army. However, to everybody's surprise, Coulson wasn't dead.

Yes, they tried to explain it in Agents of S.H.I.E.L.D. However, the best explanation is that Marvel saw an opportunity for a series here and took it. The waters haven't been made clearer, though, since Coulson is still dead in the big-screen MCU.

Which is yet another mind-bending fact - Tony Stark should have been the first to find out that his old friend isn't dead.

Brought to you by… (Movie Pilot)

In the credits scene of The Incredible Hulk, Tony Stark meets with General Ross and presents him with the alternative of the super-soldier program. Basically, Tony Stark became the spokesperson for S.H.I.E.L.D., which is great, especially since The Incredible Hulk was released right after the first Iron Man flick.

However, the timeline says something else - the Incredible Hulk events happened after the Iron Man 2 events. And by the time Iron Man 2 ended, we already knew that Tony Stark was found to be unfit for the Avengers Initiative.

So, if this is the case, why did Stark meet with General Ross?

As it happens, with every retconning, some extra details are provided. In this case, the Thor One-Shot The Consultant revealed that Stark was sent because Ross would have never accepted a deal with him. However, it is a pretty thin explanation, which came a bit too late.

And speaking of One-Shots"¦

All Hail the King

Usually, a retconning happens in order to make other interesting storylines possible. All Hail the King isn't one of them. While Iron Man 3 made a ton of cash at the box office, it is one of the most divisive Marvel flicks to date. And that is because of the way it dealt with the Mandarin, one of Iron Man's most well-known foes from the comics.

Basically, in Iron Man 3 it is revealed that there is no Mandarin except for Aldrich Killian. And that is true even if there were quite a few Easter-Eggs in the previous movies concerning him. Obviously, this twist (which saw Ben Kingsley's awesome character being nothing more than a washed-up actor) angered many fans.

And that is why Marvel came with the All Hail the King One-Shot, in which it is revealed that the Mandarin does exist and that he is actually pissed off. Did we need this One-Shot? Not really. But it did change lots of things that we saw in Iron Man 3.

Will the Mandarin emerge in the MCU? Maybe. But, at this point, I don't really think so.

Who would have guessed that Hawkeye had a wife and kids waiting for him at home whenever he went out on a mission? The answer is simple - nobody. This twist was made in order to give the character some significance, since he (alongside Black Widow) is actually pretty useless. He is, after all, fighting robots and aliens with a bow and arrows"¦

Did it work? Well, not really - at least for me it didn't. Instead, maybe the relationship between Hawkeye and Black Widow should have been explored. And it didn't work since it had no impact on the events of the Civil War.

So what was the point in introducing his family? Literally no point, but it happened, nonetheless. But, hey, maybe this retconning will have an impact on future movies. Though I don't see Hawkeye appearing in the MCU until the Infinity War arrives"¦ 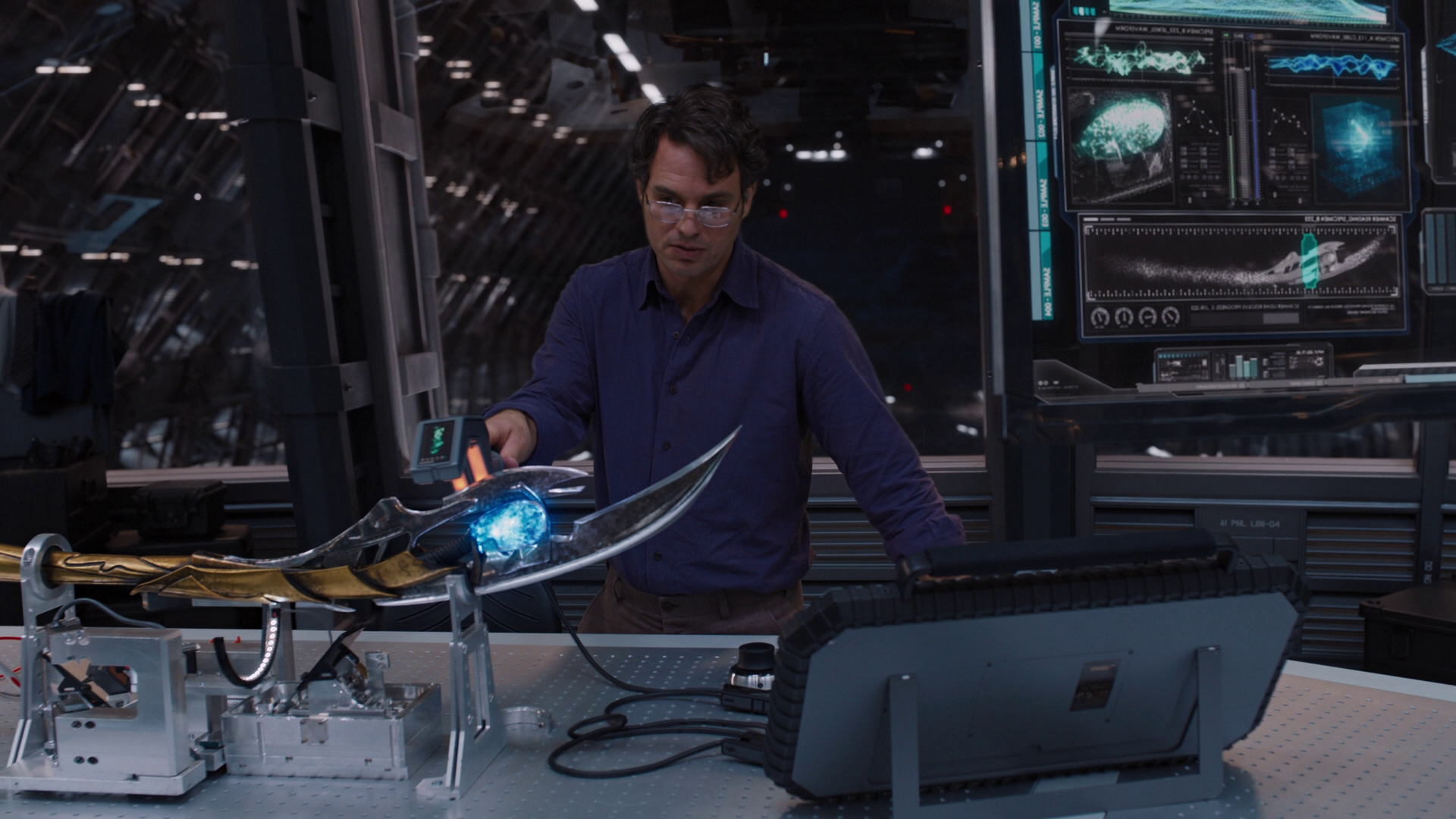 I'll leave aside the fact that Thor, at the end of the Avengers, didn't take the Scepter with him - even though it was a very powerful weapon. The fact that it had an Infinity Stone etched in it is what bothers me. We do know that Thanos gave the Scepter to Loki. But we also know that Thanos is after the Infinity Stones. So why did he give one to Loki?

I understand why this twist was necessary. However, it just doesn't work. The Mad Titan must be truly mad in order to give such a powerful artifact away, even if the outcome could be that he gains an additional one.

Of course, it can be said that Thanos was just testing the strength of Earth's heroes. But, in doing so, he helped in the creation of the most powerful Avengers (Scarlet Witch and Vision). Maybe we will find out why he did this later on, as the story unfolds.

But I doubt it will be so. 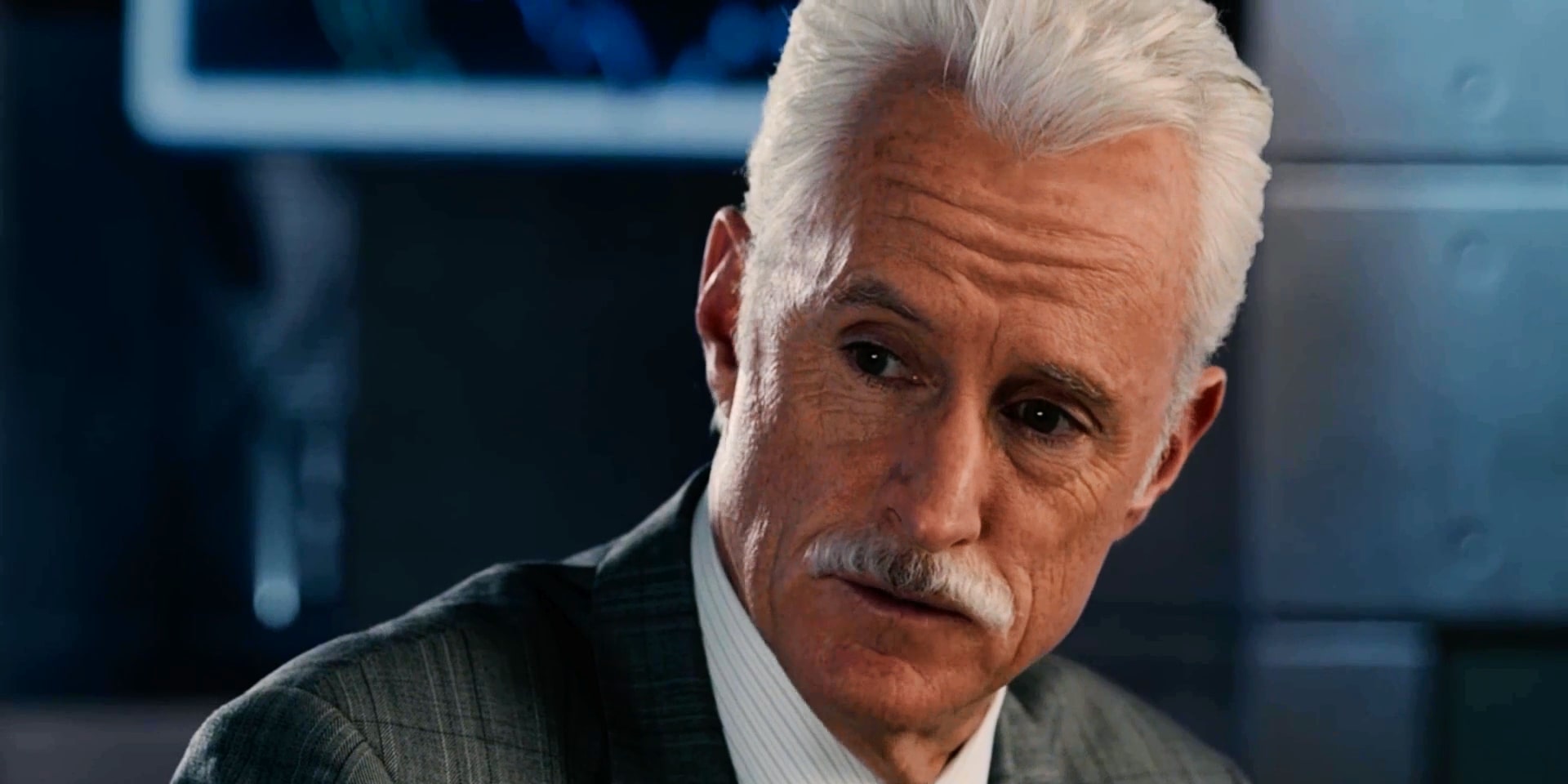 So he was a businessman and an inventor when needed. Then he was a super-spy when the plot required it. He didn't love his son when the story required it. And later on it was revealed that everything he did was for Tony.

Did Howard Stark's evolution work for you? It didn't for me, simply because it was too convenient. And this is, after all, the definition of retconning.

What do you think? Are there any more other twists of this kind that should be mentioned here? 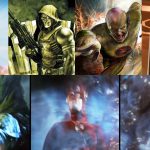 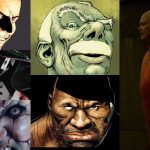 Villains for the Netflix Punisher Series