Luke Cage: The 10 Best Moments from Season One 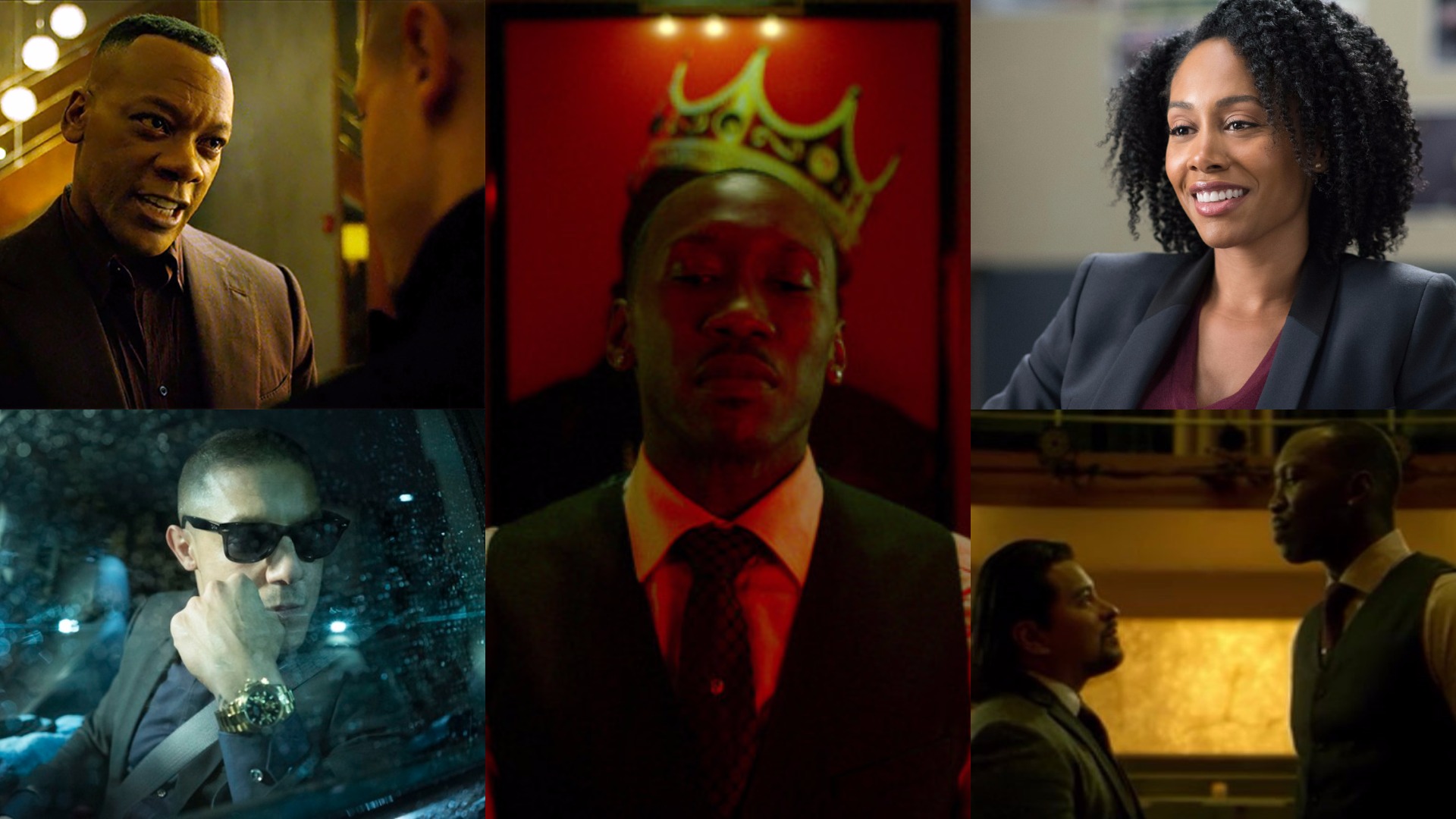 To say that Netflix's Luke Cage was filled with surprises is an understatement. From the betrayals to the relationships and, finally, to the characters being killed, Marvel and Netflix have once again done it. Sure, the movie wasn't filled with the action of Daredevil and it didn't have the psychological heft of Jessica Jones. But it more than made up for that with its awesome villains and twists.

As we got used to with the other Netflix and Marvel collaborations, this show is filled with memorable quotes and monologues, whether delivered by the hero or by the villains. At the same time, the relative calmness of the first season is disrupted (magnificently, I might add) by moments of real tension, which makes for an interesting pace for the show. Some characters might seem a bit too expositional at first, but Luke Cage was certainly worth the while.

Furthermore, it is useless to say that the central theme of Luke Cage touches on one of the most important movements in today’s US - I guess you know what I'm talking about (Bulletproof Love).

So what were the best moments from Luke Cage's first season? Obviously, if you haven't seen the show just yet, you might want to skip this one. It’s filled with spoilers! 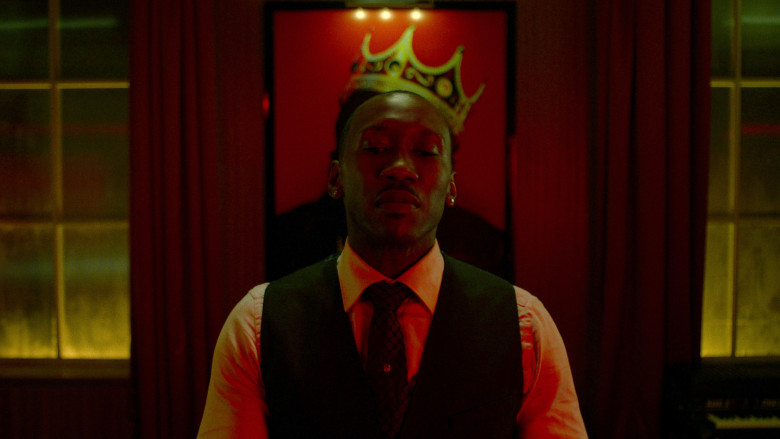 This particular scene was teased in the clips released prior to the show's debut - Cottonmouth delivers a speech about what it is like to be the king. Behind him is the print of rapper Notorious B.I.G., which becomes an essential part of Cottonmouth's story. As a matter of fact, whenever we are in Harlem's Paradise with the villain, the print is as important to the plot as the villain himself.

You like my Biggie photo? Of course I did. That is the moment when Cornell Stokes reveals why he is feared by everybody. His henchmen tremble, even if they didn't do anything wrong. To say that Shameek had a violent death is an understatement. You can feel the energy the charismatic villain possesses.

Everybody wants to be a king - Cottonmouth was certainly one; at one point Biggie's crown literally sat on his head. Which made the big twist of the show even more surprising. 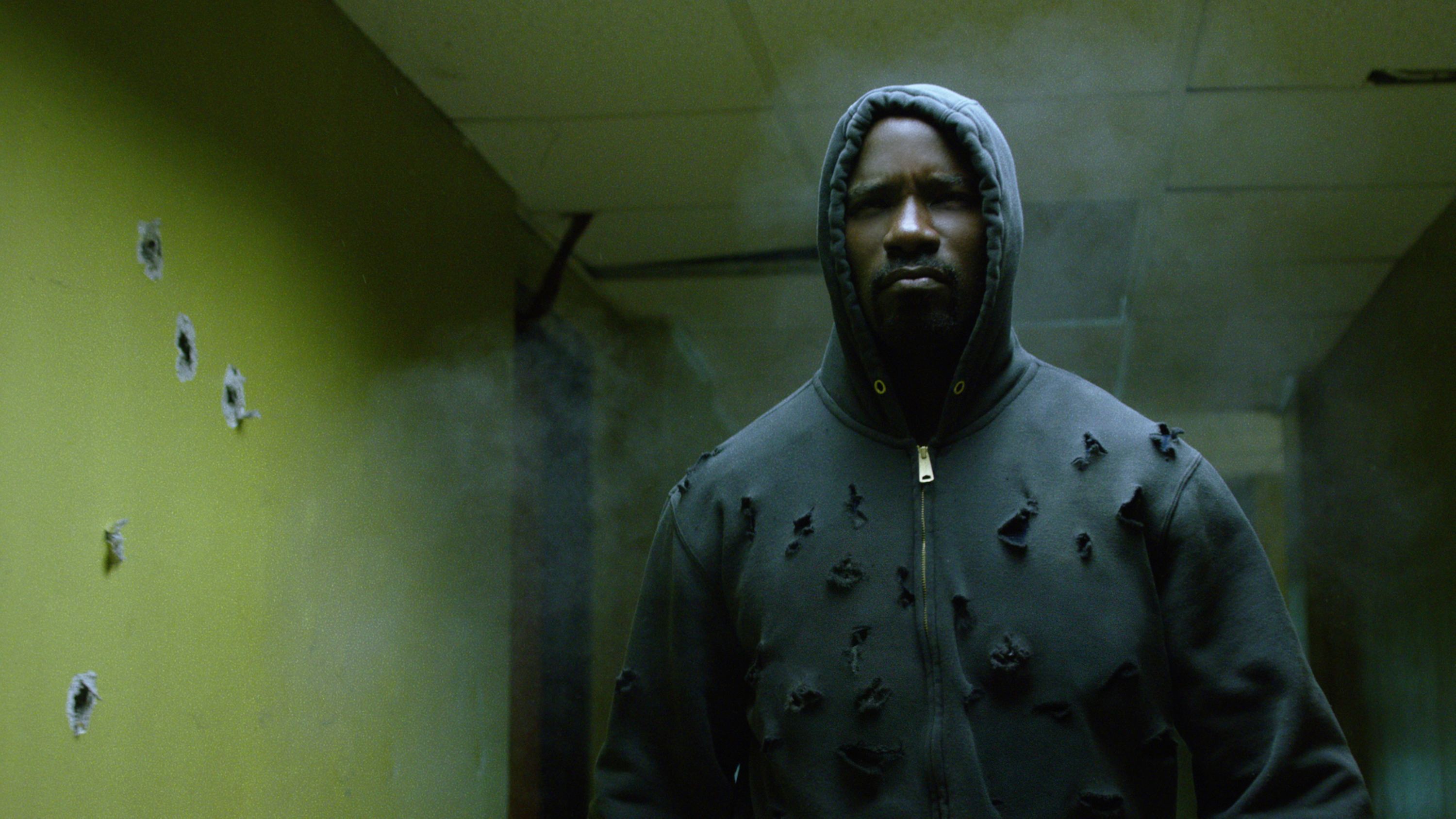 As said, the choreography of the fight scenes isn't as complex as in Daredevil. Lacking the training of Matt Murdock, Luke Cage may seem to be just a brawler - but a very effective one. Case in point, the raiding of the Crispus Attucks Building, with a car door used as a shield.

The scene is perfectly matched with Wu-Tang Clan's Bring da Ruckus and shows that Cottonmouth's violence can be matched, even if it isn't used in a deadly manner. Thus, Cage shows that there is no difference between a man holding a gun and 20 men holding guns when it comes to his indestructible skin.

Music is an important part of the show. But this scene is as memorable as both of the corridor fights from Daredevil, despite lacking the complexity of the Matt Murdock fights.

The scene was teased in the clips released while promoting the show. And, just like with the Daredevil fights, we can expect it to be released in full on YouTube. Which is great! 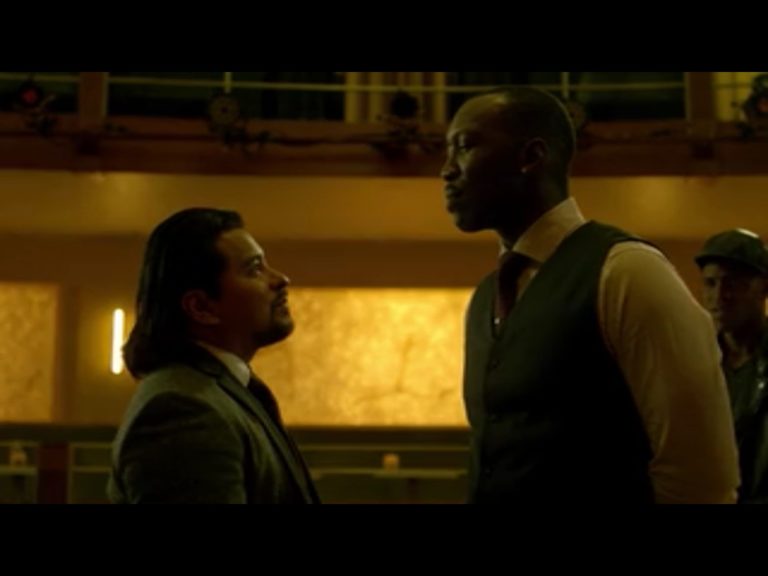 This could be seen as the turning point of Cottonmouth's arc, the moment when the audience is led to realize that the violent gangster's days are numbered. The scene involves a visit by Domingo to Stokes’ lair after the botched gun deal.

The impression is that Domingo wouldn't be a match for the towering Cottonmouth - especially since he’s on the enemy's turf. But, surprisingly, he is more than a match. Sure, the only weapons used are words - but they cut deeper than any knife.

The way Domingo diminishes Cottonmouth by littering is exceptional, especially if paired with the whole Animal Planet speech and what we already knew about Stokes. The moment when the second pack of chocolate falls on the ground is the moment that marks the villain's decline.

Maybe he should have listened to Shades. 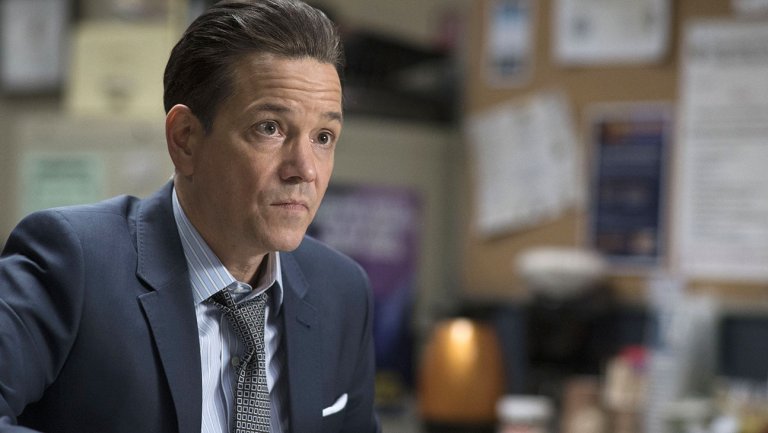 Was it that surprising to find out that Scarfe was on Cottonmouth's payroll? Not really. After all, he was a white cop. What was surprising was the way in which the reveal was made - again, a burst of energy in the midst of calmness.

Scarfe goes to meet Chico, the last surviving criminal who robbed Stokes. As Chico is telling his story, the detective is listening and playing with his tie. But, as soon as Chico reveals that he wants to rat on everybody, suddenly Scarfe strangles him.

As said, it was no surprise that he was bent. But I do believe I am not the only one to find Chico's disposal extremely out of the blue and extremely effective. Lastly, the fact that the detective then finishes his meal, as if nothing happened, reminded me of the cannoli scene from the Godfather (a movie referenced several times in Luke Cage's first season). 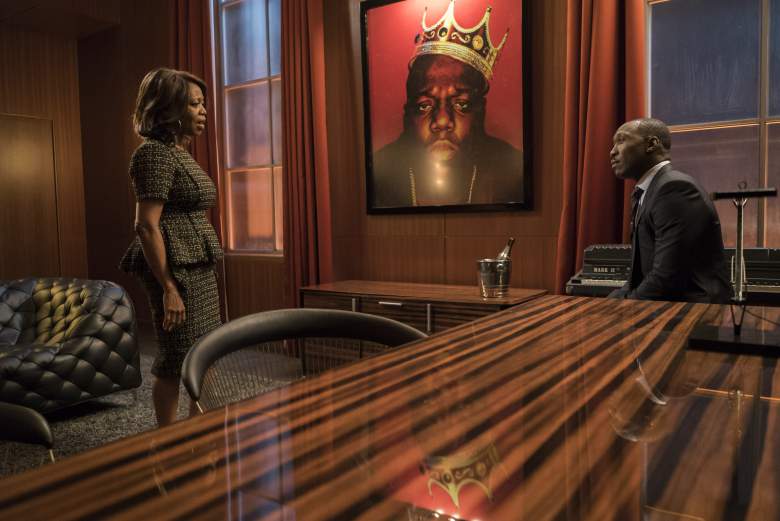 Just like the first season of Daredevil, Luke Cage has Cottonmouth - a broken character who could have been something other than a gangster. Thus, via flashbacks, we find out where it all went wrong for Cornell Stokes. As with Fisk, it can all be traced back to his childhood.

And while the confrontation with Domingo was the first sign that Cottonmouth's empire would crumble, the reveal that he could have had a different life (and be a musician, as he wanted) signals that he is moments from his death.

Even more surprising is the reveal of his killer. Even if I expected Diamondback to make a first appearance for this, even if I expected Shades to do the deed, it’s actually Mariah who kills him, in a fit of anger.

What seemed to be just another disagreement between them ended up with Cornell being violently disposed of. I guess I should have seen that coming from the flashbacks, in which Mariah is also revealed to be one of the elements that irrevocably changed Cornell's life. 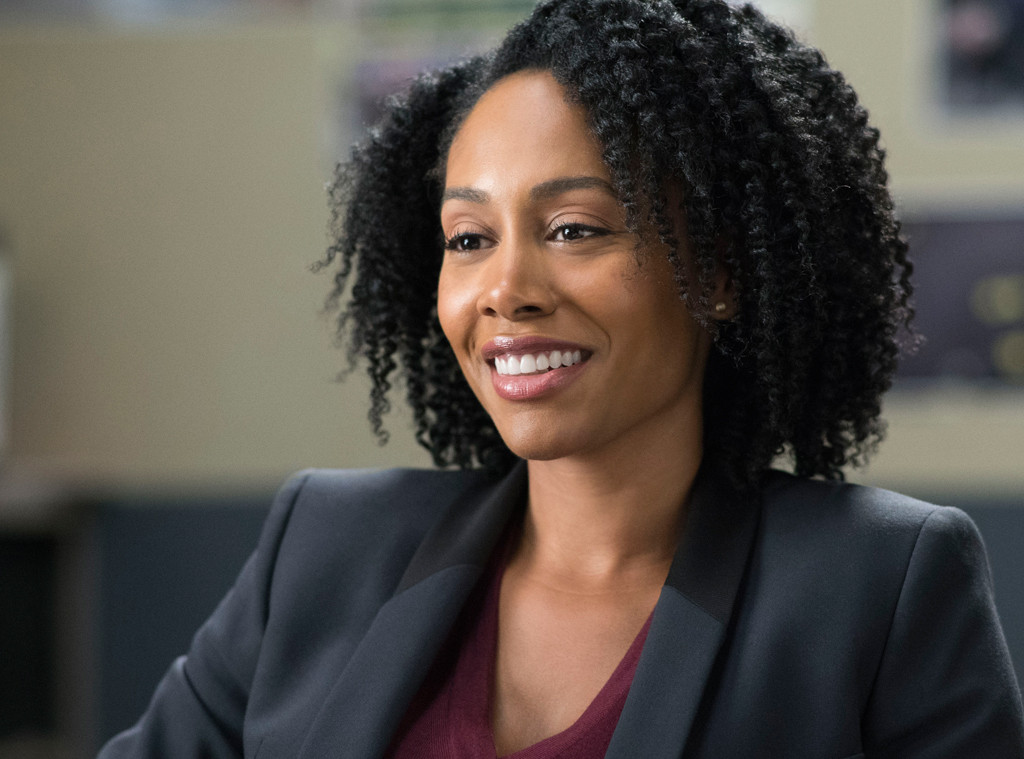 One of the standout characters of the show (and this says something, given the quality of the first Luke Cage season), Misty Knight explains why she turned out to be a police officer. Just like Cottonmouth, she was marked for life by an event from her teenage years. However, unlike the villain of the show, she decided to channel everything into combating the very thing that changed her.

Until this point, Misty Knight was a perfect detective. However, her first encounter with Diamondback revealed to her that she doesn't have control over anything. Just like back in the day, when she decided to become a police officer.

The fact that she lashes out at Claire showcases her frustration. The dialogue with the shrink reveals to her that she needs to be in control. And the whole scene is yet another example of how brilliantly these characters are built.

An event can change a life, for better or for worse. In the case of Misty Knight, it was for the better. 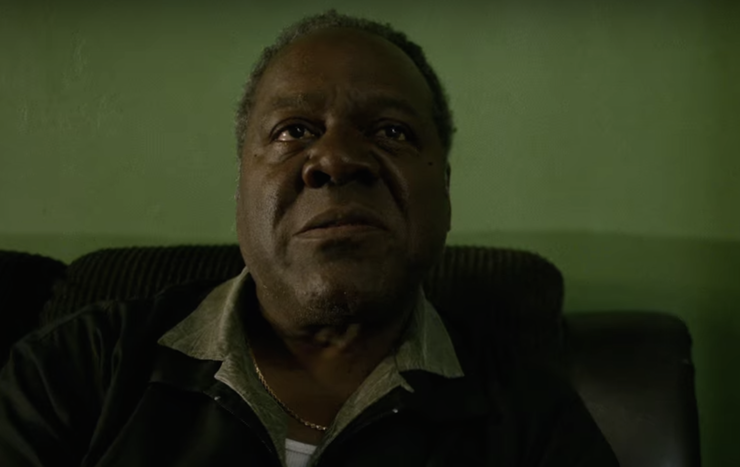 Pop's funeral is another event that brings all of the characters together. In Harlem's universe, Pop was the one who tied everything together. So it’s only natural for both the villains and the heroes of the story to be present.

As said many times, the Netflix and Marvel collaborations are filled with exceptional monologues. In this case, the funeral gives us two - one coming from Cottonmouth and one coming from Luke Cage. Of course, we do know who the villain is - but Stokes' charisma wins the day.

Both of the speeches talk about the community. But one of them sees it as nothing other than a faÃ§ade (not necessarily in the pejorative sense of the word), while the other focuses on the individual elements of the community. Which one is right?

Of course, we, the viewers, know who the villain of the story is. But what if we didn't? 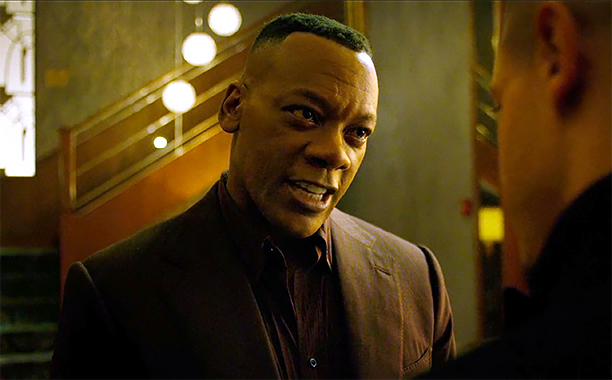 This isn't a fight with the fists. This is a fight with words - and Luke Cage is filled with this type of confrontation. In Harlem's Paradise, when everything goes down the drain, Shades arrives and confronts his boss. The gangster assistant can’t understand what the escape plan is. To which Diamondback says that it will all play out in their favor, even if a plan doesn't exist.

To Diamondback, the chaos that ensues is poetry. And the fact that the villain states this says something about his persona. Of course, later on we realize his motives - but even without them we could have understood that he, too, is a scarred individual, someone who had to choose at a particular moment in his upbringing.

And, of course, this is the moment at which Shades' fate is decided. But I can’t be the only one to believe that there is a bigger power at work. After all, Diamondback has also forgotten who he was talking with"¦

As far as the intensity of the dialogue is concerned, it is on par with the Cottonmouth and Domingo confrontation. Which side can the viewer choose? 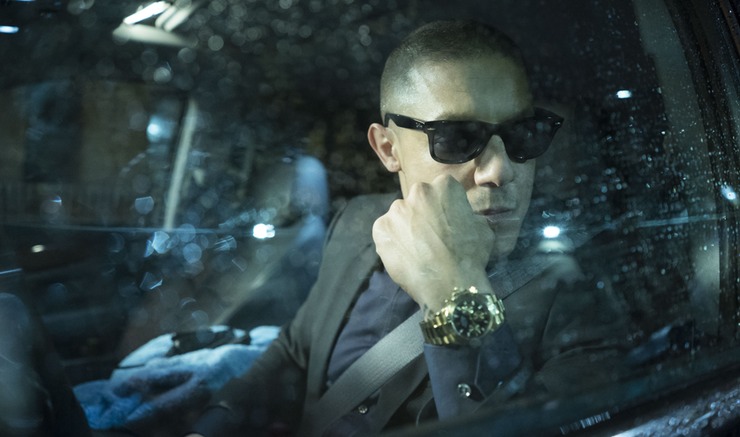 Leaving aside the fact that Shades might work for someone bigger than Diamondback, the character is excellently portrayed by Theo Rossi. Maybe it’s the mystery, maybe it’s sleaziness, maybe it’s something else, but Shades stole the show each time he was on screen.

With villains named Cottonmouth and Diamondback, he was the real snake among them all. Whether he was having a conversation, or he was advising, or he was lashing out like a trapped snake, I guess I'm not the only one who believes that there is more to this character than the show has let us know.

He'll be back for the second season, together with Diamondback and Mariah Stokes. 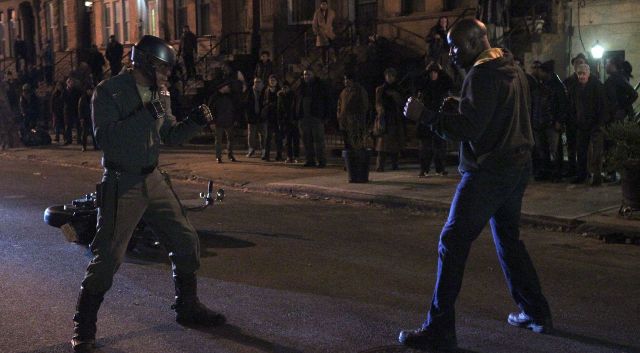 Okay, so the Diamondback twist is a bit of a cop-out and, maybe, unnecessary. Quite frankly, I would be okay if he weren't related to Luke Cage in any way. And then the final fight between the two may also be a bit too cheesy (especially with the flashback explaining the winning strategy).

But, leaving these aside, it’s awesome, once again confirming that you don't really need martial arts when you’re called Power Man. It’s the kind of fight I would have expected to see in a blaxploitation film and not in a Marvel show - and that’s why it worked so well.

Did you expect it to be otherwise? I did too. But, for once, it was better to have witnessed something else. And the fact that Diamondback didn't die is even better (although I am not certain I'd like to see him returning with the same powers Luke Cage has).

What do you think? What other moments should be added to this list? 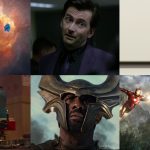 The Most Unreasonable Complaints about the MCU
Next Post 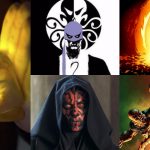 Iron Fist - What You Need to Know