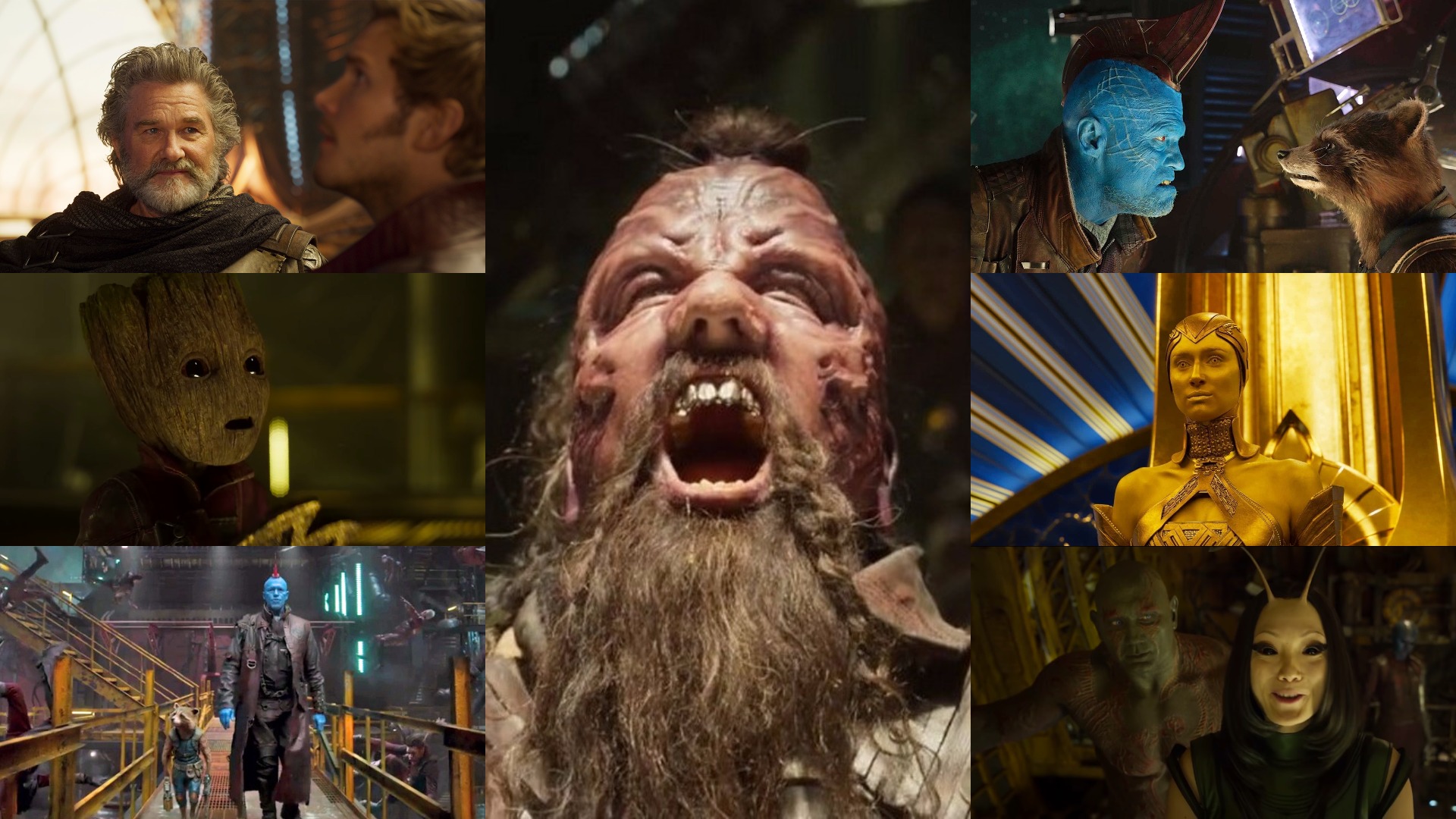 James Gunn's Guardians of the Galaxy: Vol. 2 earned $145 million at the US box office and a worldwide total of $427 million over its first weekend, so it can certainly be termed as yet another hit for Marvel and Disney. Reviews might not have been as ecstatic as they were for the series’ first installment, but that hasn't kept fans from flocking to theaters to see the continuing adventures of Star-Lord and Co.

Guardians of the Galaxy: Vol. 2 was more than fun, even though it may not have reached quite the same heights as the first movie (maybe the novelty wore off).

What were the flick’s best moments? Check it out below, but keep an eye out for massive spoilers, because there are a few! 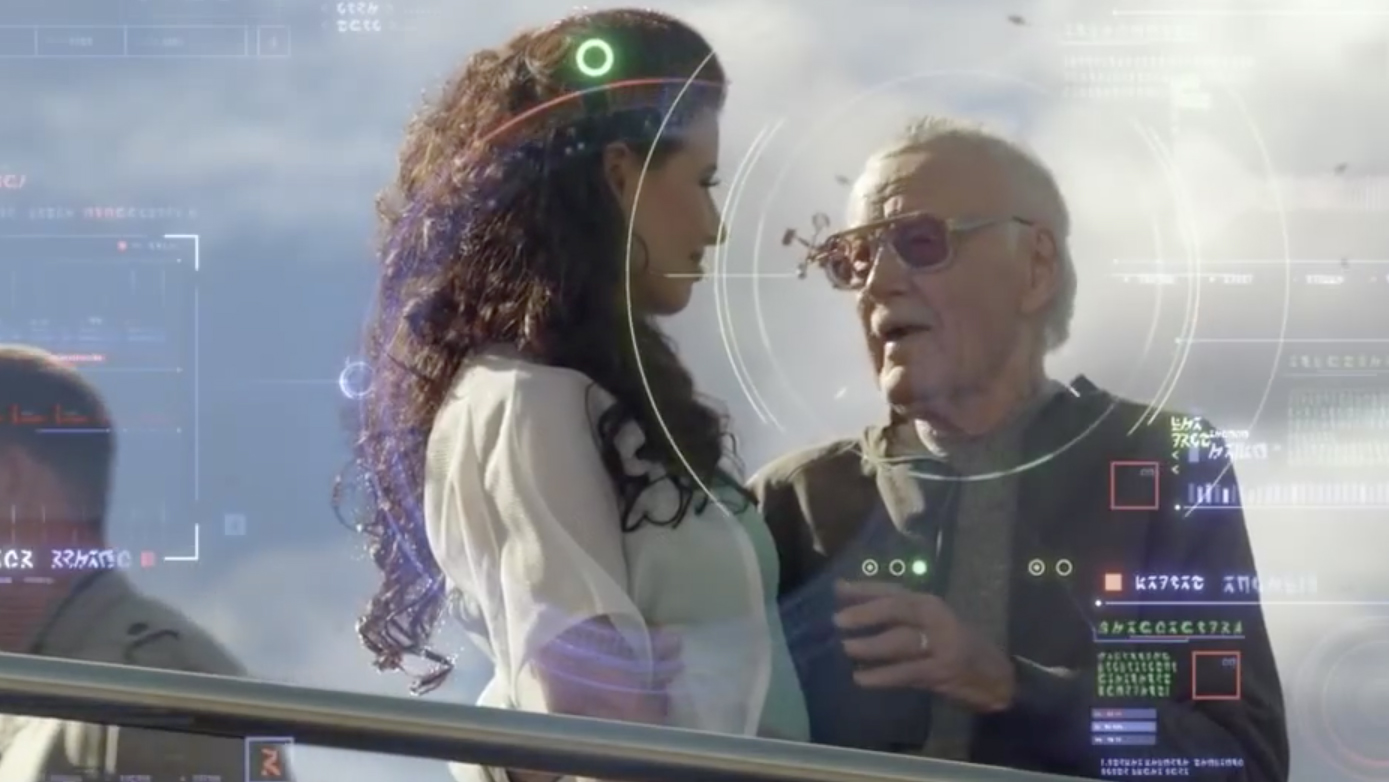 Stan Lee in the first Guardians of the Galaxy movie (Marvel)

We actually enjoyed Stan Lee's Guardians of the Galaxy: Vol. 2 cameo, because it’s more than just a simple Easter-Egg with no impact on how we view the Marvel Cinematic Universe. Lee has appeared as a mental patient (Thor: The Dark World), a Hugh Hefner-like party goer (Iron Man), and a bartender (Ant-Man), but this latest cameo proves that there’s more to his peculiar appearances than we thought.

In his GotG2 cameo, the legendary Marvel creator recounts his past experiences on Earth (his cameos, in other words) to a bunch of Watchers. While he’s credited as a Watcher Informant, he may be more than that!

Basically, Lee plays the same character in all of the MCU movies, and the Watchers are part of the deal between Fox and Marvel. So, can we assume that this hints at something bigger than we expected? We can, but for now, we say that this cameo may have a huge impact on the events to come.

While this scene may be a bit too long, it’s brilliant, and shows an unexpected resolve. When the Ravagers imprison Yondu and Rocket Raccoon, Groot is the only one who can help them escape. In order to do so, he has to bring Yondu his fin, with which he can better control his magic stick.

But the problem is that Groot is just a baby, and he doesn’t understand what they’re asking of him (he couldn't as an adult, let alone as a baby). So, instead of bringing the fin, he finds and delivers all sorts of crazy things, including a severed toe.

But the funniest part of this funny scene may be when Yondu gives Groot his badge, and the baby talking tree understands that it’s a hat for him. And then we discover that he hates hats! Excellent! 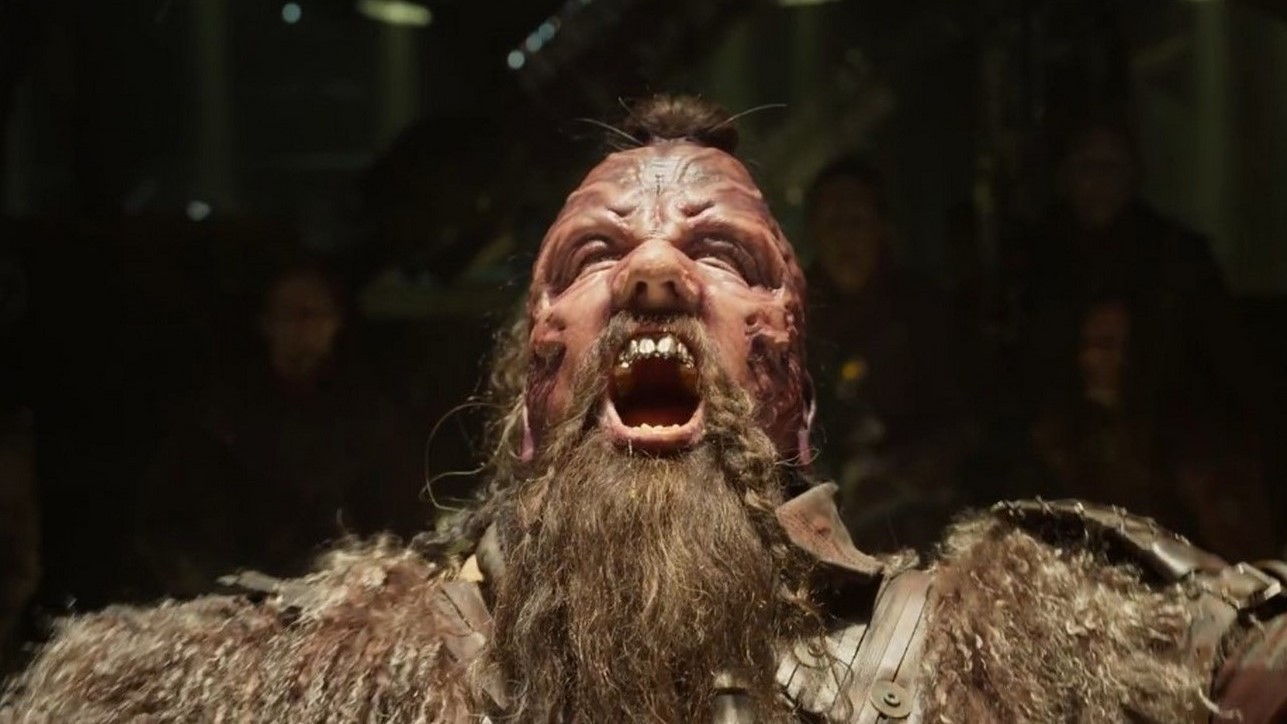 Taserface is a relatively minor villain in Guardians of the Galaxy: Vol. 2, but he leads the Ravagers’ rebellion against Yondu, and is responsible for the deaths of any Ravagers who are still loyal to the former captain. We actually understand what pushes him toward mutiny, but that isn't the point here.

Rather, the point is made by Rocket Raccoon. Taserface reveals his name for the first time in what’s supposed to be an awesome and fear-inspiring scene. But it doesn't go as planned, because his name makes Rocket laugh.

The raccoon takes his name literally, as if the new captain can shoot electricity out of his face. And then the funniest exchange of the movie ensues. His name is METAPHORICAL!

This becomes one of the movie’s running gags. In the end, when Taserface realizes that he won't make it out alive, he tells the Sovereign where Yondu is, and asks just one favor: that his nemesis is told exactly who revealed his location.

The Sovereign laughs in response, of course. 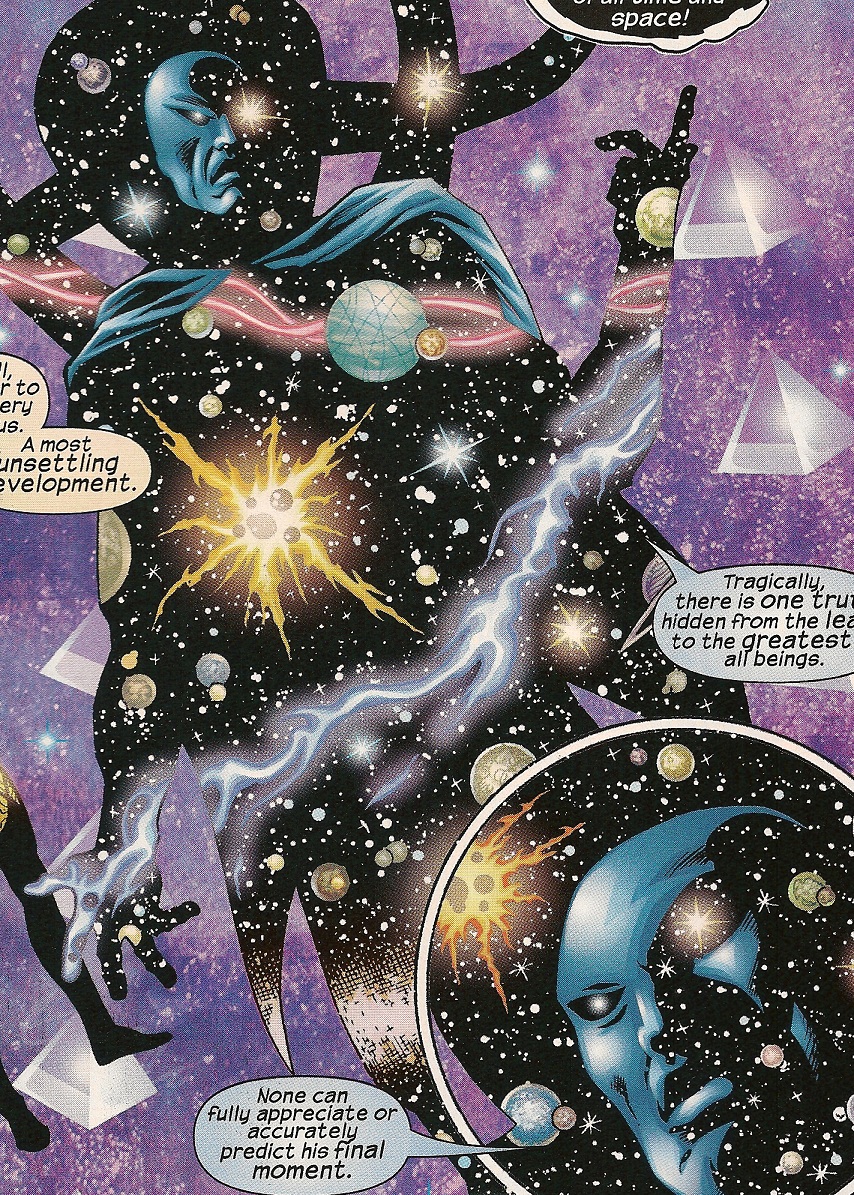 This may be just another Easter-Egg. However, like the Stan Lee cameo, it could have a great impact on the future of the Marvel Cinematic Universe. Eternity isn't just an abstract entity; as the leader of all cosmic entities, he’s the most powerful. Interestingly, there were hints of this in Ant-Man, as well.

When Ego reveals his true plan, Peter Quill's eyes turn black; not just black, but black like the night sky, with stars all over the place. Of course, that could have meant anything, but he adds that he sees Eternity. There’s very little doubt that Eternity has been properly introduced to the MCU as an abstract entity !

Plenty of Drax’s scenes are worthy of mention, including the movie’s opening scene, in which he single-handedly slays the Abilisk. The Destroyer’s heroic acts are largely replaced by comedic moments, some of which fall flat, but Drax is clearly a Guardians of the Galaxy: Vol. 2 highlight.

In one of the best Drax scenes, he pranks Mantis, who is even more socially awkward than he is. When they first meet, Mantis asks him whether she can pet his “pet”. Drax takes a couple of seconds to ponder this, then answers that yes, she can pet Rocket.

Naturally, Rocket bites her finger, and hilarity ensues. It isn't a giant leap as far as Drax's development goes, but Pom Klementieff’s initial reaction is worth the cost of admission! 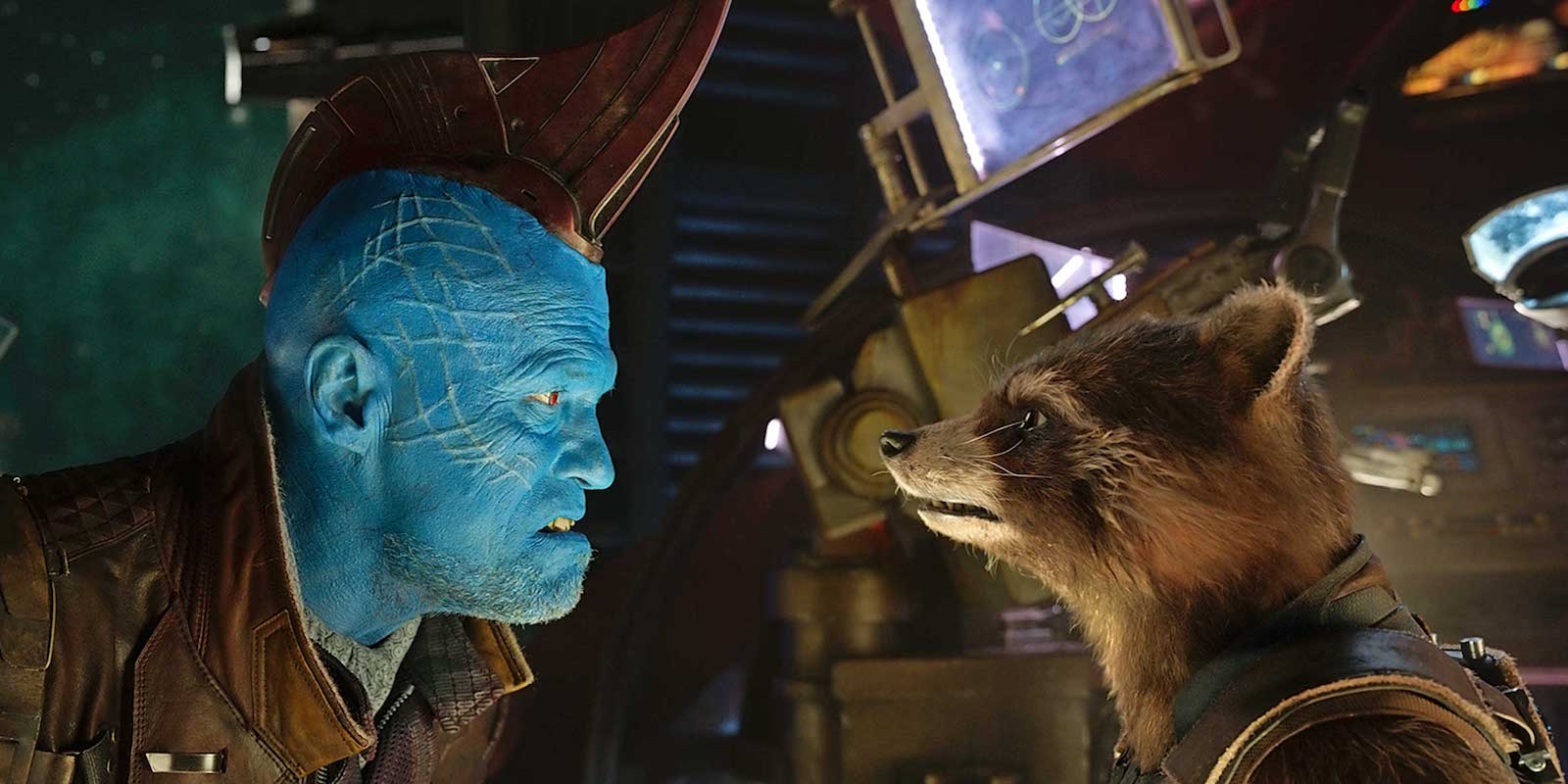 In the first Guardians of the Galaxy film, Yondu was relegated to a less than minor role, even as he disposed of Kree enemies as if they were nothing. His role was much bigger in the sequel, and we learned who he was within the MCU and where he came from.

Yondu surprised us by connecting with a very unexpected character. When he revealed that he and Rocket Raccoon were pretty much the same due to their upbringing, it was one of the movie’s most emotional moments.

And while Rocket’s emotion came from CGI, Michael Rooker's performance was one of the flick’s most heartfelt. This also applies to his demise, although the daddy quote pretty much ruined it for us.

The scene in which Yondu and Rocket (Yondu in particular) exert their revenge on the disloyal Ravagers was teased in the trailer, and was highly anticipated. It showcased how powerful this character could be. Yondu’s ability to fend off the powerful Ego with the same yaka arrow reinforced this.

Sure, Rocket disposed of a couple of Ravagers, and Groot had his revenge against Retch, but it was Yondu who slaughtered a ship full of Ravagers on his own.

This is basically the film’s first act (after the flashback), so maybe we should have mentioned it earlier. Guardians of the Galaxy: Vol. 2 was chock-full of awesome moments, and the Abilisk sequence was choreographed in a most interesting way. At the beginning, we didn’t see much of the actual fight. The focus is on Groot as he dances all over the place and chases space-rats and bugs.

The focus shifts when the fight comes to an end. While some of the comedic exchanges might have fallen flat, this is still one of the most interesting superhero fights we’ve seen on the big screen.

For some, it was obvious from the get-go that Ayesha and the Sovereign weren't the film’s big baddies. Many speculated that Kurt Russel's Ego would be the film’s hidden villain, and that’s exactly what happened. His grand plan wasn’t unique; he wanted to take over the universe. But he did manage to trick us into thinking that he actually wanted to reconnect with his son.

Case in point: a simple game of catch.

Later on, we learned that Ego, disappointed with meeting the first sentient beings, actually wanted to become the universe. This led to another truly emotional scene, as Ego revealed his plan, which included killing Star-Lord’s mother. 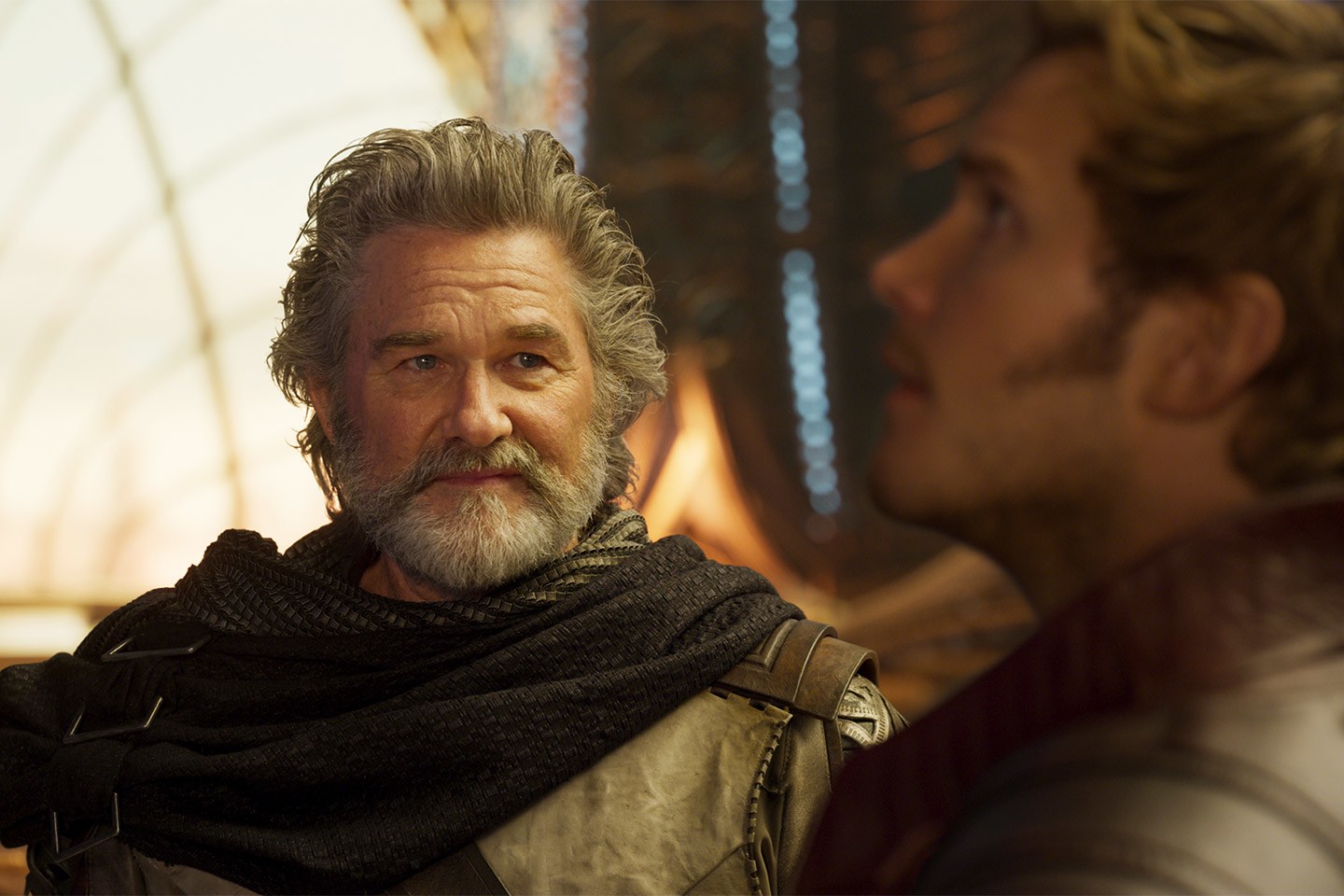 While Star-Lord seemed to be seduced by the power of the Celestial, his human half prevailed. His ability to control his powers to a certain degree made it possible for him to fight his father.

Chris Pratt is one charismatic actor. However, when his character learned why his mother died, he revealed his ability to convey deeper emotions.

The fact that he remained a simple mortal when the fight was over was even better. This means that there won’t be another over-powered character fighting Thanos in Infinity War. 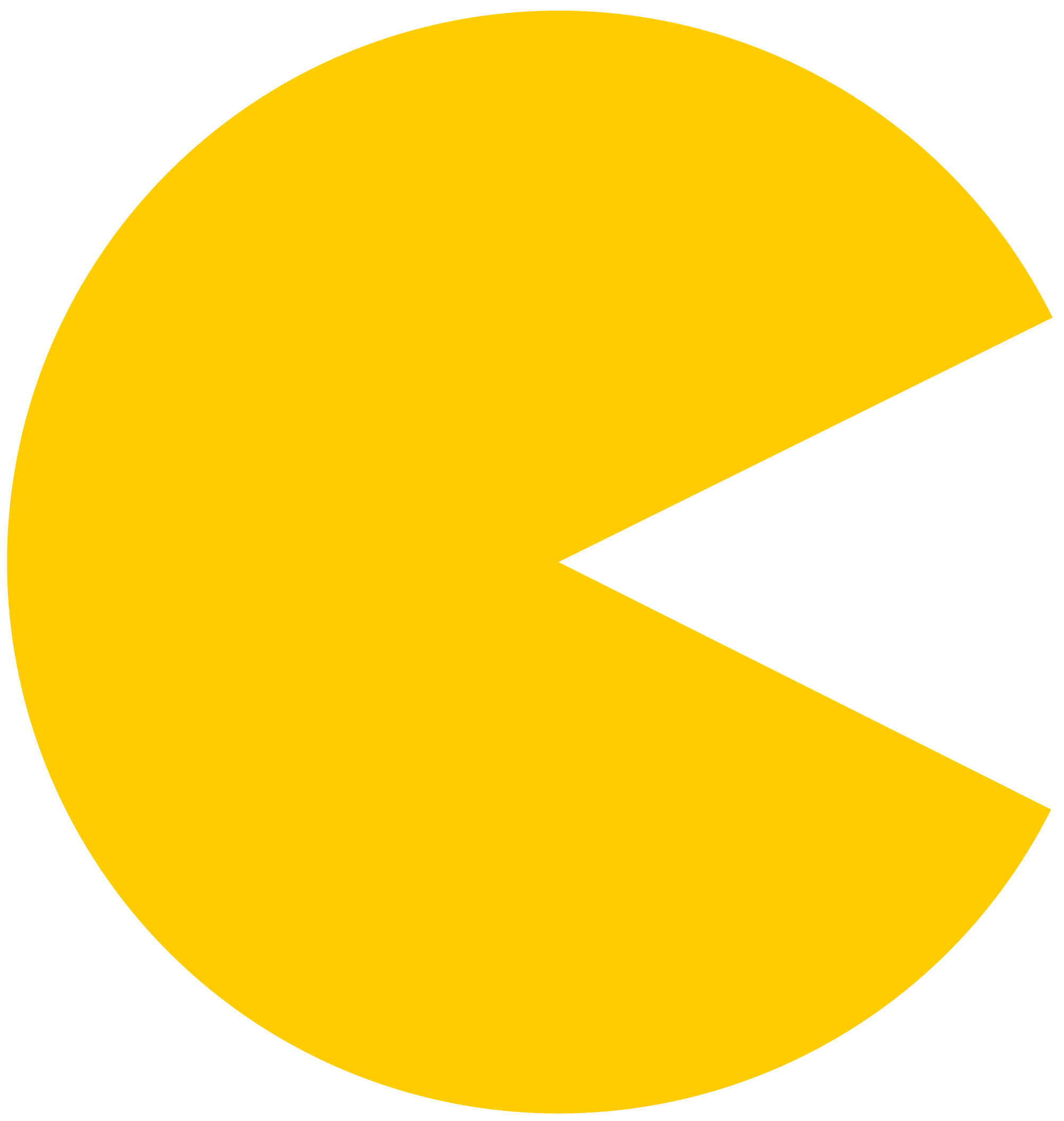 The final confrontation with Ronan in the first Guardians of the Galaxy movie could be described as anti-climactic. However, it was something new, and a chance for fans to see an over-powered villain taken down in a new way. The same can be said about Doctor Strange's confrontation with Dormammu. So how was James Gunn going to top that?

Those quick flashes were just a couple of seconds long, but they made it much more awesome! 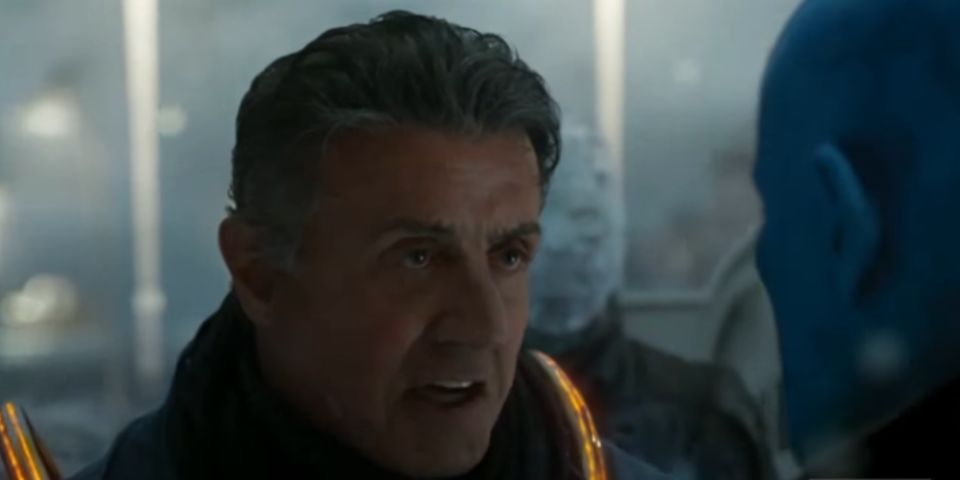 For a long time, we all wondered what Sylvester Stallone’s Guardians of the Galaxy Vol. 2 role would be. Rumor had it that he would be portraying a version of Starhawk, a Ravager leader in the MCU.

At first, his presence might have seemed underwhelming; he might be just another big name in the movie, there to provide a bit of backstory for Yondu. However, as the credits rolled, it was revealed who the other Ravager leaders mentioned by Stakar were.

We were treated to another Easter-Egg that might have a major impact on future MCU movies. The Ravager leaders who joined Starhawk and Yondu were actually the first Guardians of the Galaxy from the comics.

If we’re to believe Feige and Gunn (and we do believe them), we’ll see these characters in future movies. 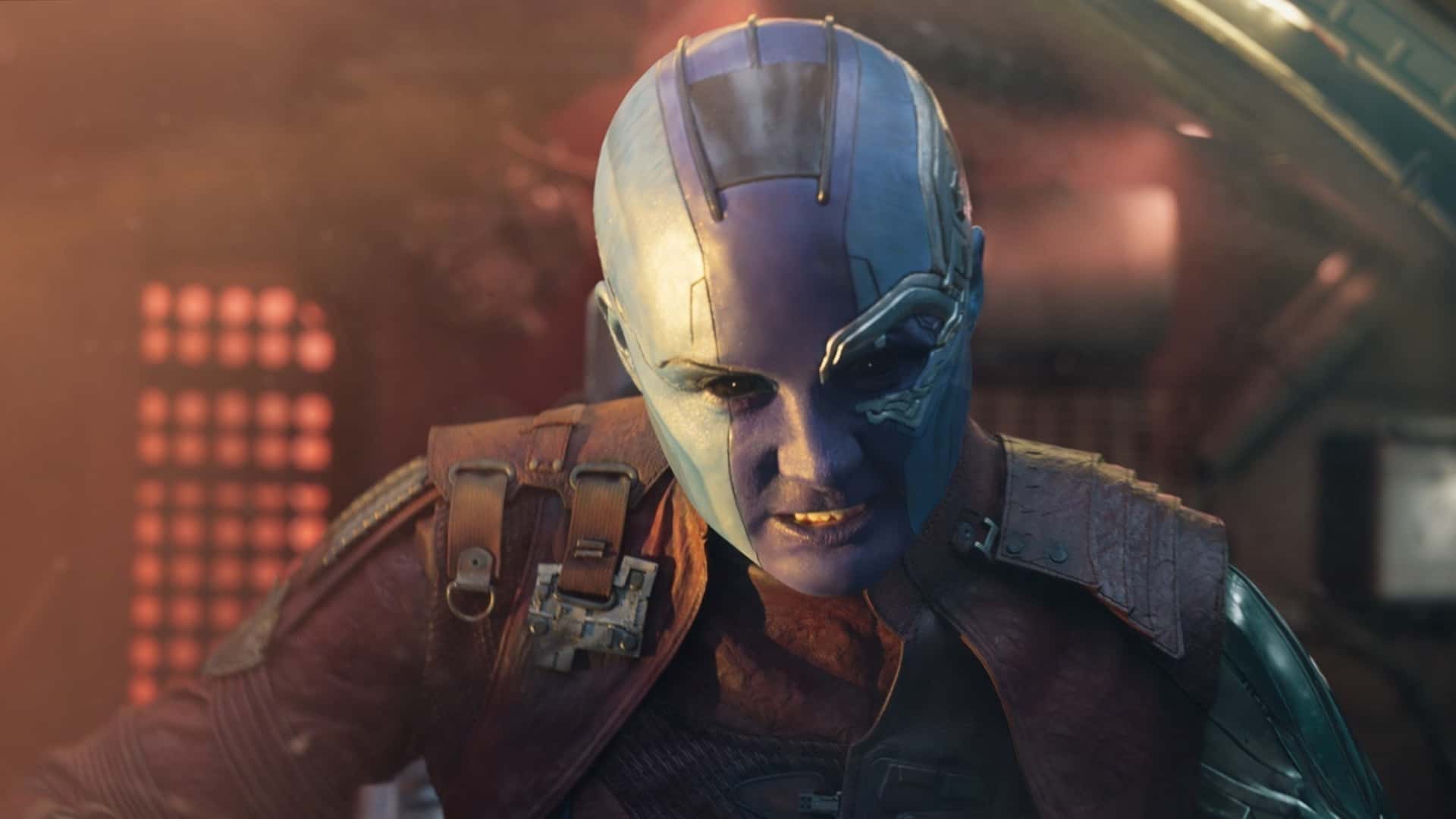 Kraglin released Yondu and Rocket from prison and helped them exert their revenge on the Ravagers. But Nebula's arc seemed a bit artificial, as she went from being Gamora's deadliest enemy to admitting that all that she wanted was a sister.

However, they were central to one of the film’s funniest scenes. Nebula kept Yondu and Rocket from being thrown into space, then asked for her reward. When Kraglin asked her what she intended to do next, Nebula replied that she would hunt her sister down, and then have her revenge against Thanos as well.

Kraglin then had one of the funniest comebacks ever:

I was talking about like a pretty necklace, or a nice hat, you know. Something to make the other girls go, “Ooh, that’s nice.” 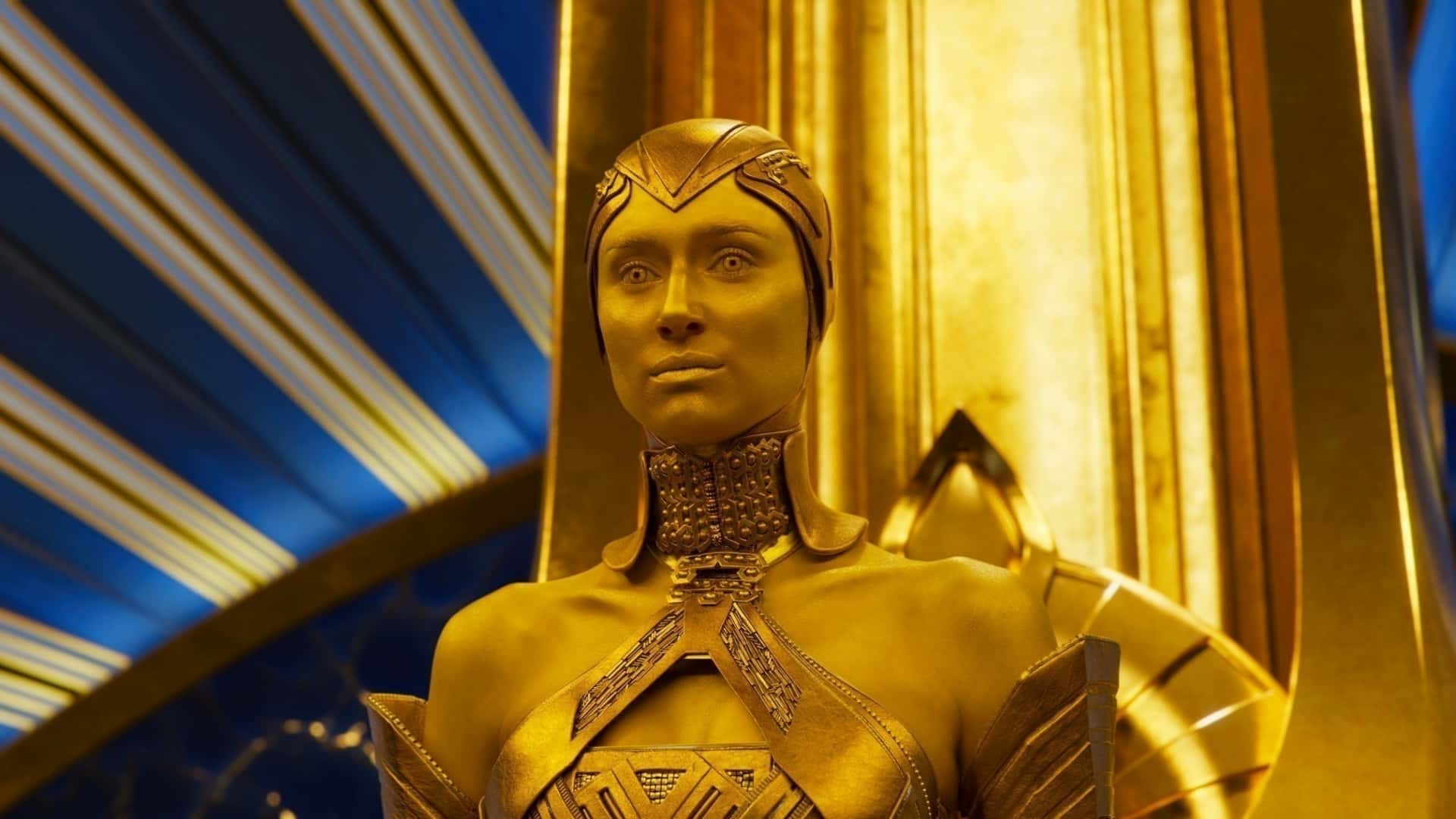 In one of the credits scenes, Ayesha built a new weapon to use against the Guardians of the Galaxy. It was more powerful, capable, and beautiful than anything that came before it. And this weapon was Warlock's cocoon, which encased a new Sovereign.

Of course, since Warlock will be pitted against the Guardians in the third and final GotG installment, we can only wonder if we’re going to see Adam Warlock or Magus. 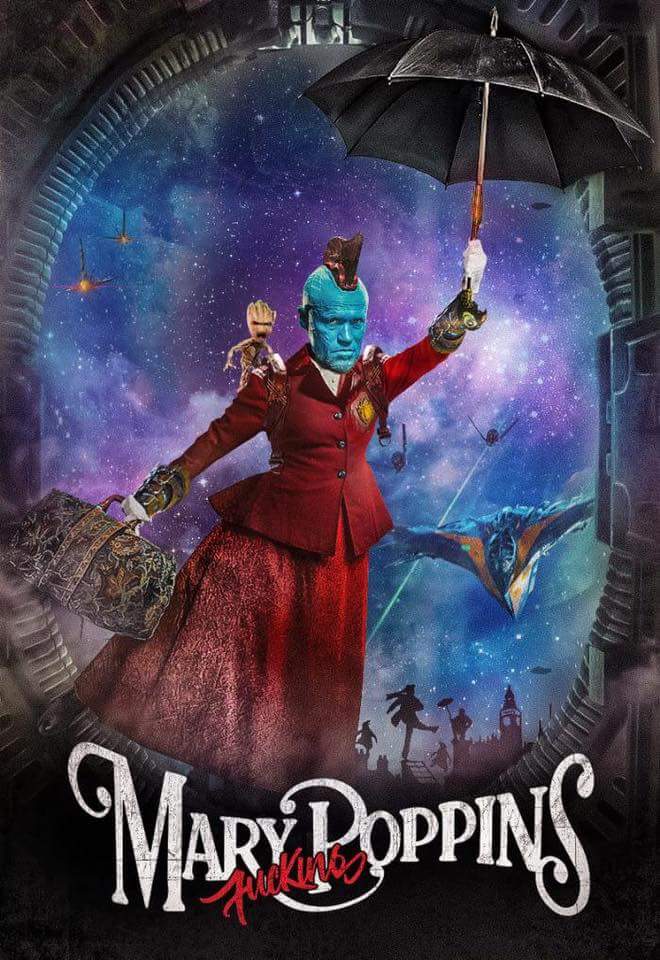 At this point, Star-Lord realized who Yondu was. Given what happened at the end of the movie, it was both funny and heartbreaking.

As Yondu floated in the air with his yaka arrow, Peter remarked that he looked like Mary Poppins. When asked whether he is a cool dude, Peter replied that Mary was a cool dude. In respose, Yondu didn’t hide his enthusiasm, announcing:

And this was extremely funny, since Yondu was such a badass throughout the movie.

At the same time, this scene revealed that Yondu had actually protected Peter throughout his life, and had taught him everything he needed to prevail. Basically, Yondu was Star-Lord's nanny, but this hadn’t occurred to Star-Lord until now.

We believe that things should have ended here. The following line should have been left out:

He may have been your father, Quill, but he wasn’t your daddy.