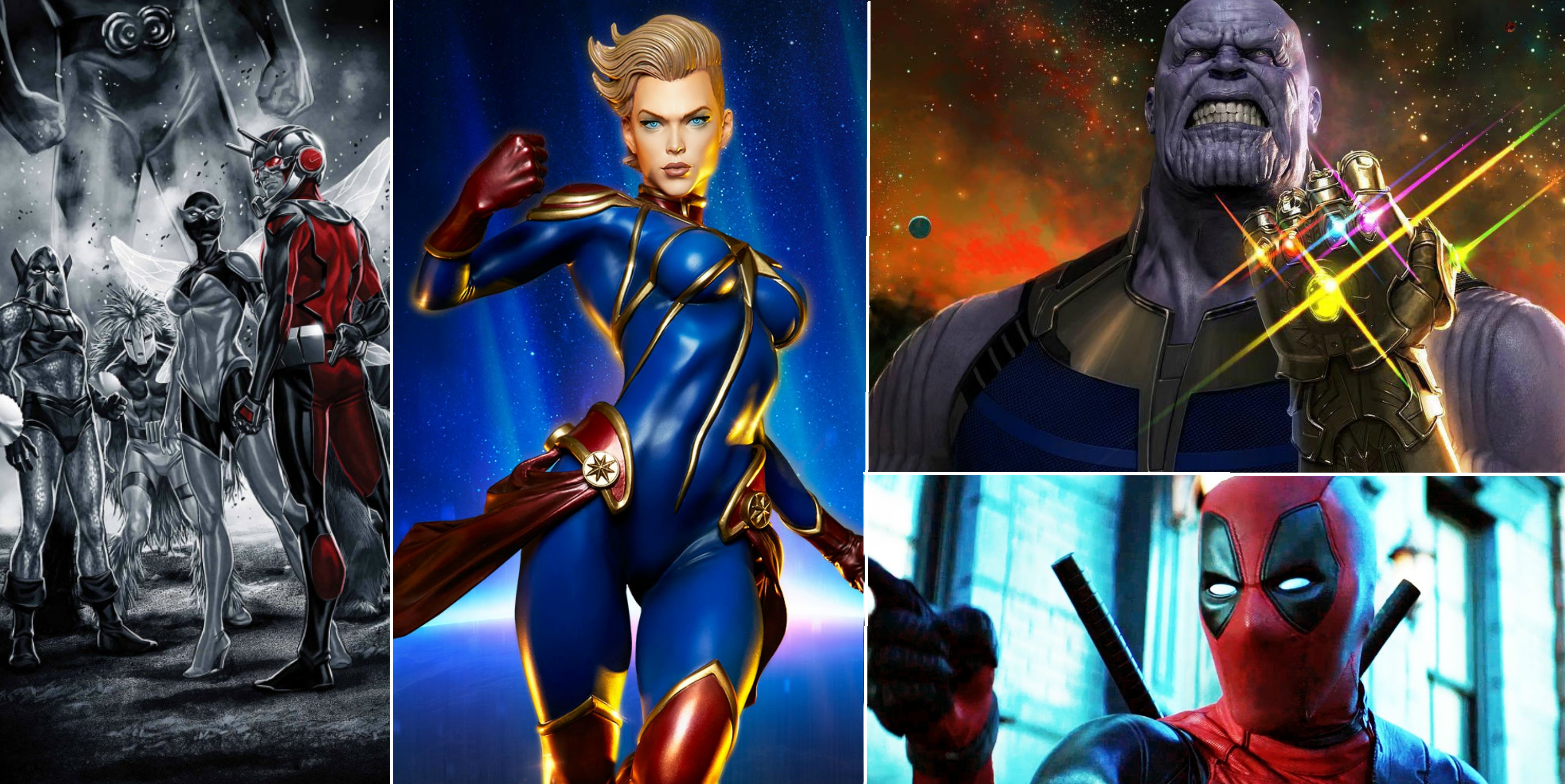 Man, I remember when getting a superhero movie was a rare treat; when they were something I would get hyped up about years in advance. And, if they were bad, that was it for the year; I didn't have another one coming up in two months to pin all my new hopes on. It's so much better now. And with all the comic book movies that we're soon to get, I thought I'd rank the 10 I'm most psyched for. Again, the 10 "I" am most psyched for. ME. Not the 10 you should be excited for, not the 10 that Daily Superheroes as a site is most excited for, this is just MY PERSONAL OPINION. I CANNOT STRESS THIS ENOUGH. 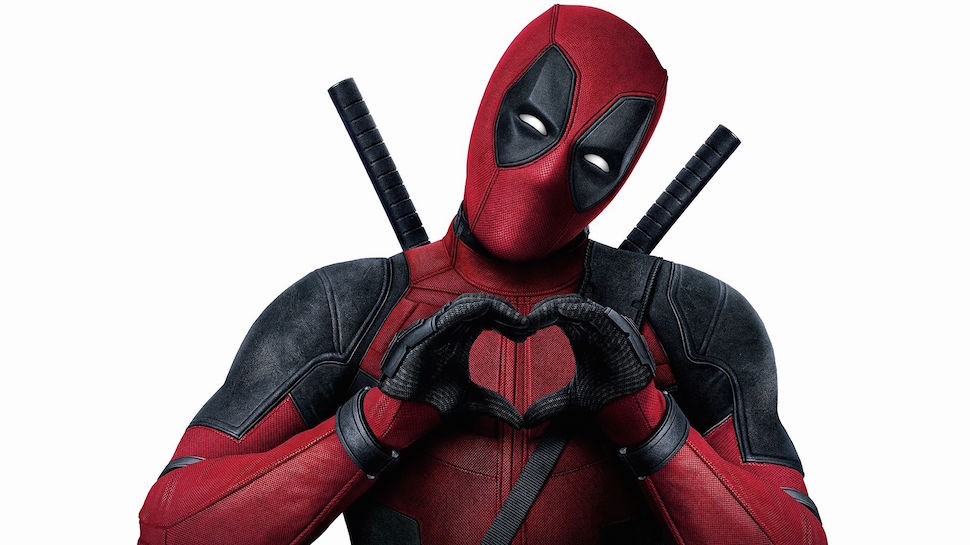 Yes, Deadpool was great. Yes, I want more of Ryan Reynolds's pitch perfect portrayal of the Merc with a Mouth. But I'm also excited for what seems like will be an awesome Cable/Deadpool movie.

Giving Wade a straight man to bounce off of is smart; making that straight man a grizzled time traveling future soldier is brilliance incarnate. Cable/Deadpool is one of the sadly underrated runs in Wade Wilson's career, and seeing it brought to life would bring me massive amounts of joy.

Also, while the first film was a super fun time, it was very clearly shot on a shoestring budget, so seeing that same team play around with one hell of a lot more money? I'm down for the good time that'll be.

Wade and Cable, R-rated buddy action comedy team, has the potential to be something that elevates above the first movie to new heights of greatness. 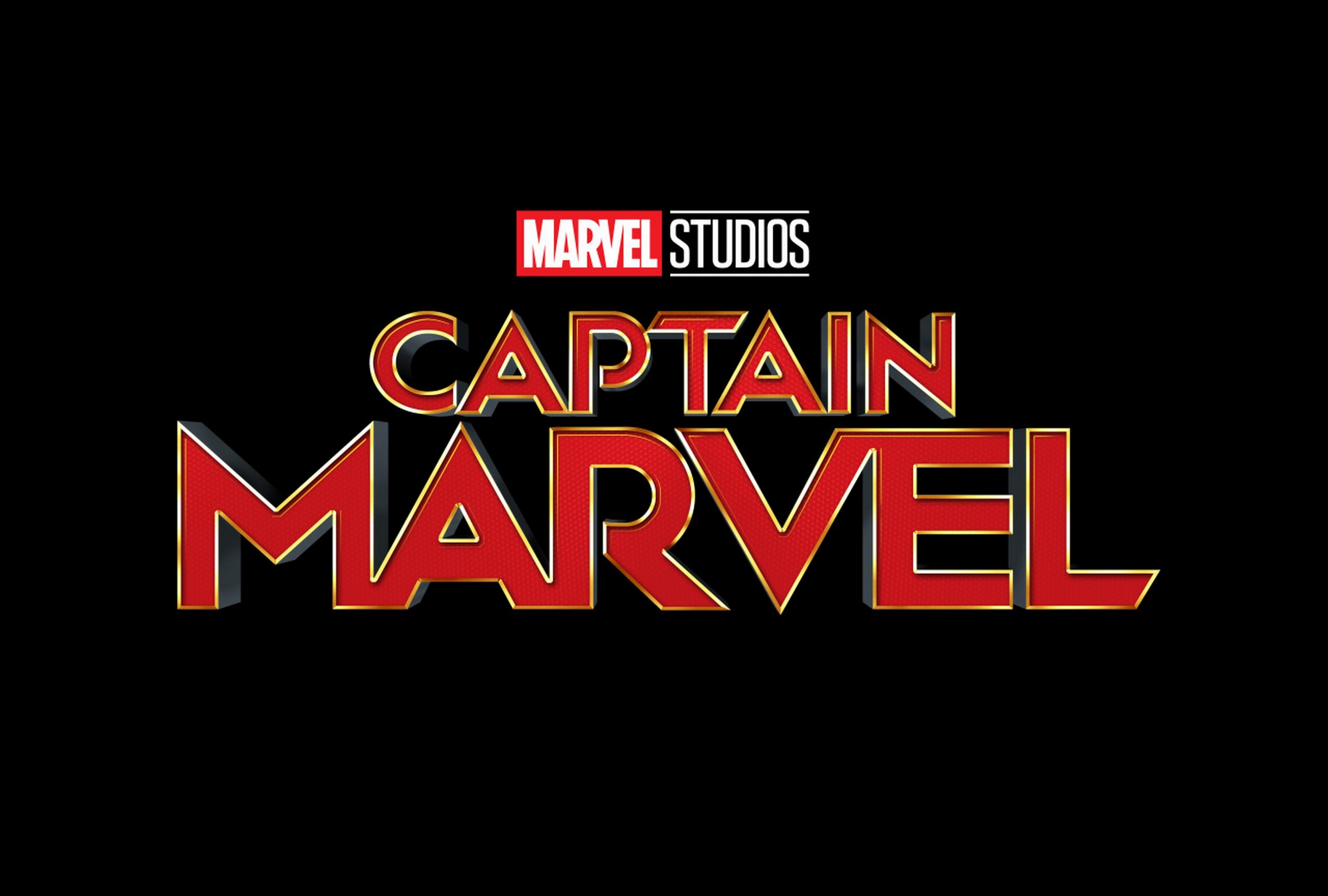 I'll concede that it took WAY TOO long for the MCU to get a female led superhero movie, but hey, Carol Danvers is a pretty great one to start with.

All of the most recent Captain Marvel series featuring Danvers have been spectacular, and seeing that character (and especially that costume) onscreen is going to be phenomenal. Starting off as Ms. Marvel before taking a vast array of identities, Carol Danvers has made quite a few names for herself. Warbird, Binary, and finally, Captain Marvel. The identity that she well and truly earned as a hero.

While it's too early to know exactly what the plot or interpretation we'll see in the film will be, we can rest assured that whatever it is, it'll be pretty awesome. And I for one am beyond excited to see Carol take flight on the big screen once and for all.

Straighten up and fly right, everybody. 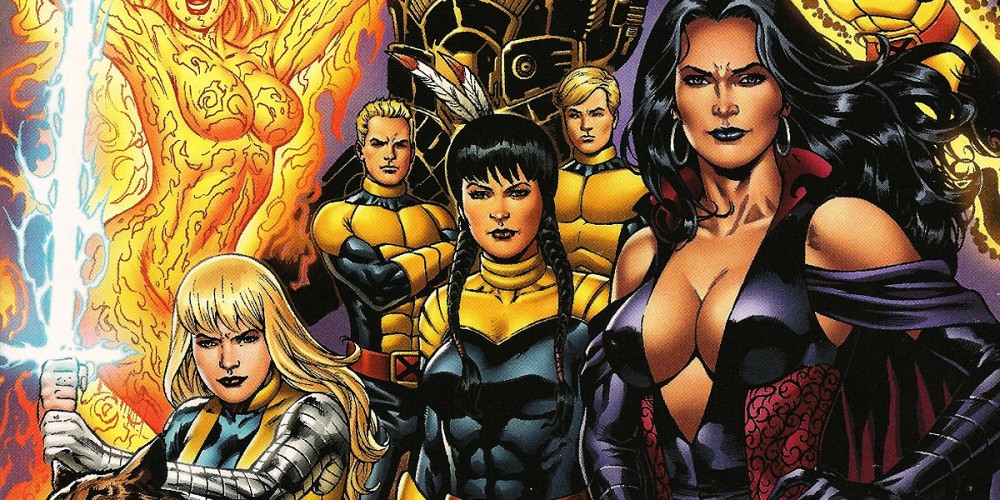 As someone who is a moderate fan of FOX's X-Men movies, there is one I'm curiously optimistic about.

The New Mutants were a crew of young mutant heroes being educated at the Xavier's School for Gifted Youngsters, where they saved the world and dealt with teen angst and interpersonal drama. The thing that pumps me up about this one is that they handed the reigns to the guy behind The Fault in Our Stars. While I have yet to see that (although I am an admitted John Green supporter), putting the team behind a teen romance flick on an X-Men movie is frigging brilliant.

The X-Men have always been equal parts action series and melodrama, and playing up the latter could be a real breath of fresh air. And after stale entries like last summer's X-Men: Apocalypse, something new might be exactly what we need.

I could have said "X-actly" but I didn't, because I like all of you and don't want to subject you to such horrible puns. So you are welcome. 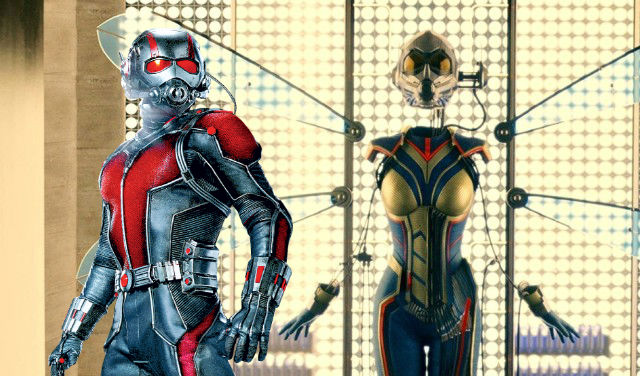 2015's Ant-Man is one of Marvel's most underrated movies. It's charming and funny and well cast, and a great blend of heist movie and superhero blockbuster.

Plus, Paul Rudd is Paul Rudd and if you don't like Paul Rudd, you can leave right now. And so hearing that the team from the first one is back to bring us a double bill alongside the brand new Wasp? That gets me hyped.

A buddy superhero movie sounds awesome, and with Wasp as the badass counterpart to Scott Lang's bumbling tomfoolery, I am more than in for what promises to be a rollicking adventurous fun time. And with maybe some more Pym and a classic Ant-Man foe like Crossfire or"¦um"¦Egghead? Maybe?

Look, there aren't a lot of Ant-Man villains, ok? There're maybe four solid ones, and they’ve already used up the first two (Darren Cross and Ultron). They will find somebody. They're good at making movies; I trust their judgment. 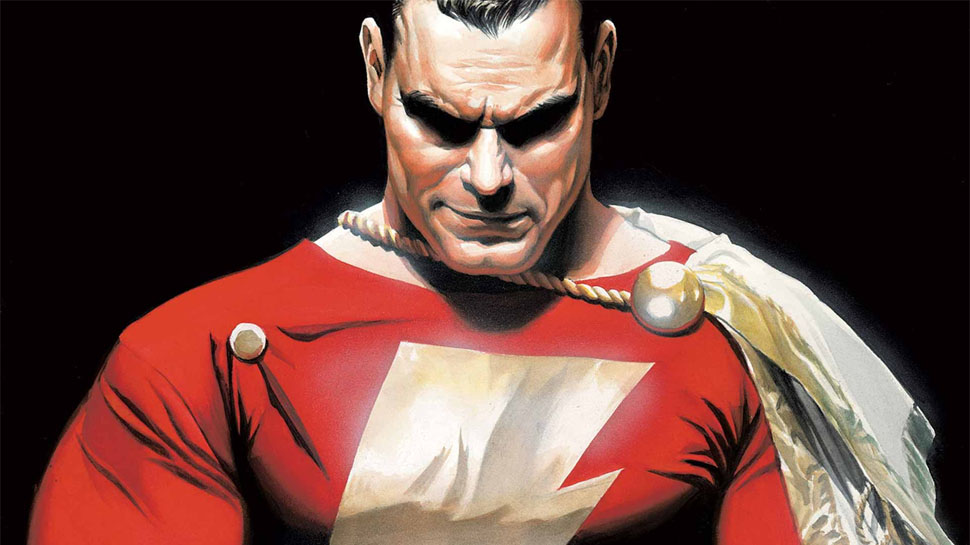 Billy Batson was a young, kind boy who maybe needed a lesson about talking to strangers, but when he took a strange train at night, he wound up in a magical place. Meeting a powerful wizard, Billy displayed true worthiness and was bestowed with the Power of SHAZAM.

The wisdom of Solomon, the strength of Hercules, the stamina of Atlas, the power of Zeus, the courage of Achilles, and the speed of Mercury. With all these powers combined, he was Shazam (or Captain Marvel for those of us who can remember past 2011). As Shazam, Billy was able to fight through vast hordes of evil and monstrousness as a bright and heroic figure. Changing from child to adult, think of this as Big with superpowers.

A little bit goofy and wacky, but with a true heart beneath the surface. And maybe a talking tiger if Tawky Tawney makes an appearance. 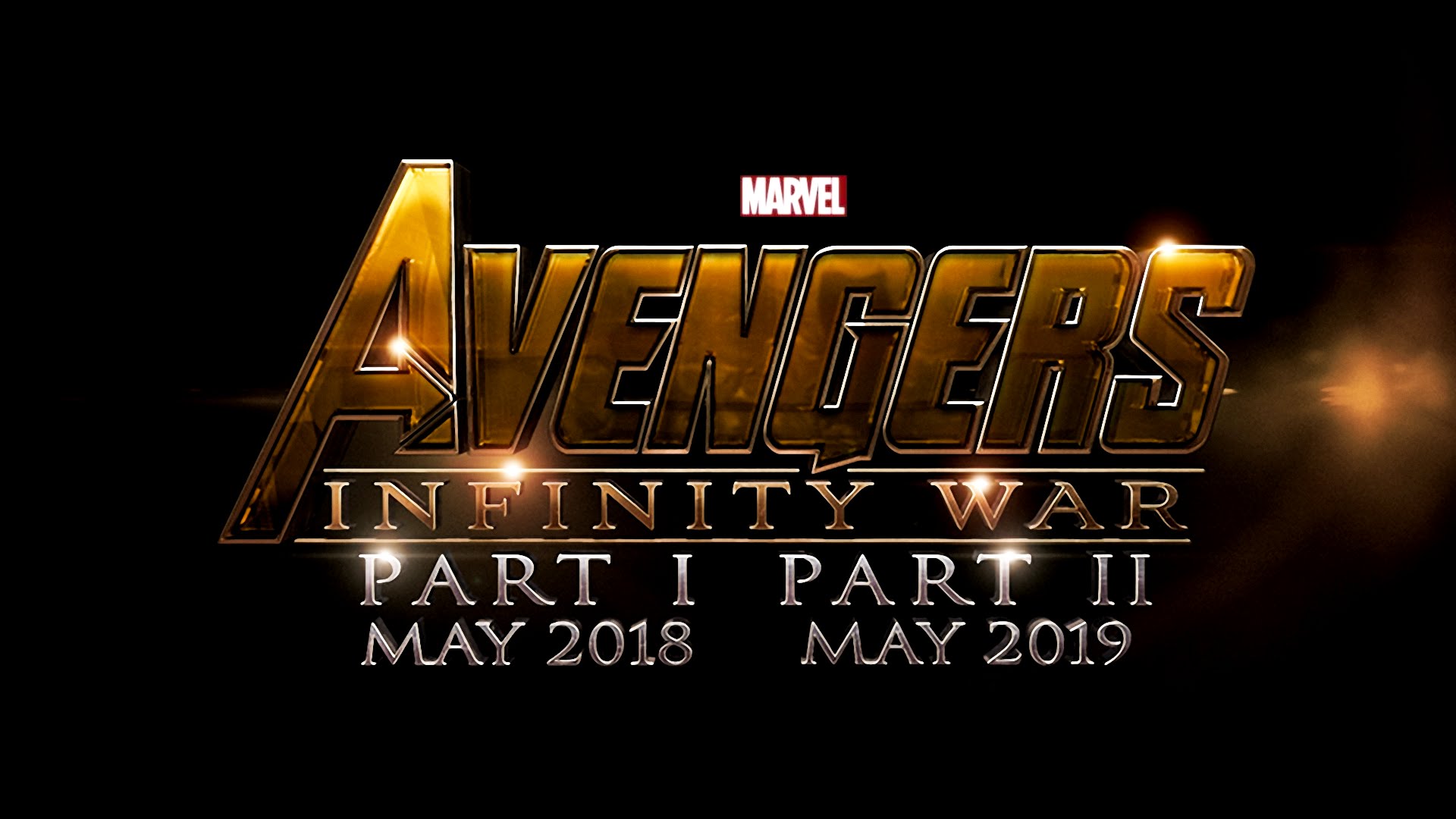 Yeah, yeah, obvious pick, I know, but nonetheless, I'm excited for this one.

With Captain America: Civil War, the Russos proved that they can handle multiple characters all at once with a flawless balance, so I'm less than worried about the big blowout finale to the first epoch of the MCU.

I usually dislike it when movies are broken up in two, but since this one is being developed as two movies instead of being arbitrarily split in half, I think it'll be fine. And with a villain like Thanos and a cast of every major MCU player so far, this is shaping up to be one big party. Think the majesty and cool of the first Avengers, but multiplied a thousandfold.

Fun, meaningful, high stakes, I'm so unbelievably excited for this one, it isn't even funny. This will be the big fireworks show to cap off this era of Marvel movies, so you'd better enjoy it as long as you can. 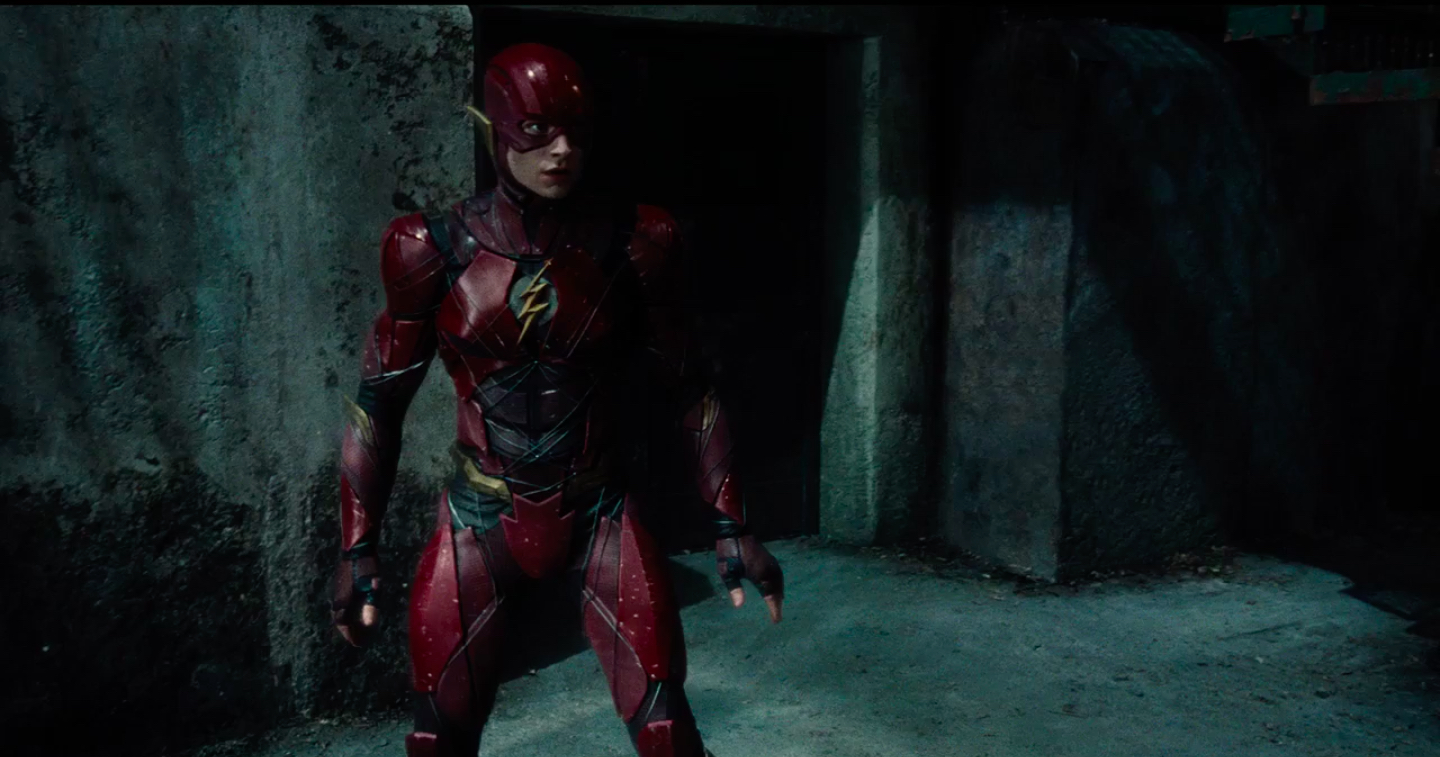 I love The Flash.

Barry Allen is one of my all time favorite characters, with Wally West not far behind. Heck, even Jay Garrick probably ranks in my top fifty. So even though I have been"¦uh"¦not the DCEU's biggest fan, shall we say, I'm still pretty darn excited for this one.

Yes, it's true we already have a note perfect Flash portrayal on television, but hey, I'd also like one in the cinematic universe. Getting big screen, super high budget looks at Captain Cold, Heatwave, and the rest of The Rogues would be beautiful, and would make me all happy and stuff and I might cry.

Plus, the nature of super speed means that with a movie-level CGI budget, we could get some really great looking effects shots that truly play with The Flash's powers.

But again, Barry is my boy, and any version of him that we could get on the silver screen would really make my year. 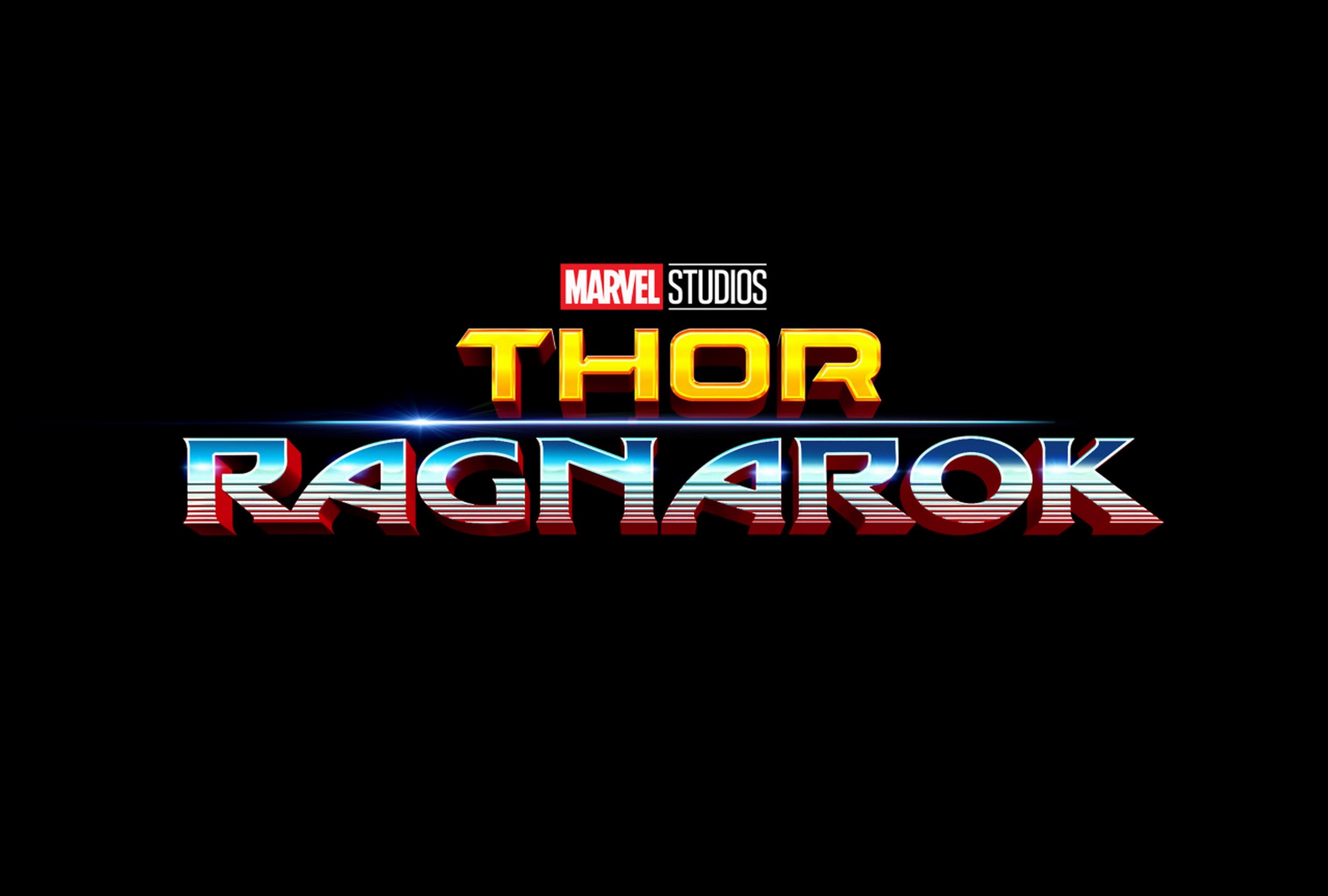 Yeah, yeah, I know, Thor 2 was the weakest Marvel movie we've had yet, but I still have high hopes for the threequel. Everything I've heard makes it sound like we're getting eighties fantasy levels of crazy from this one, and I could not be more psyched about that. Have you seen that logo? It looks like it should be spray-painted on the side of a van. A van I would totally buy.

Like, there should be some sweet hair metal playing behind this entire entry. Also, it's directed by Taika Waititi. The dude who made What We Do In The Shadows. If you haven't seen that, do, it's hilarious. This means that this upcoming film will be in the hands of a comedic director. Because it's not like the last time they gave a Marvel movie to directors known for a comedy series it worked out crazy well or anything (The joke is that the Russos came from best-television-comedy-of-all-time, Arrested Development. That is the joke if you aren't a nerd like me who knew that). 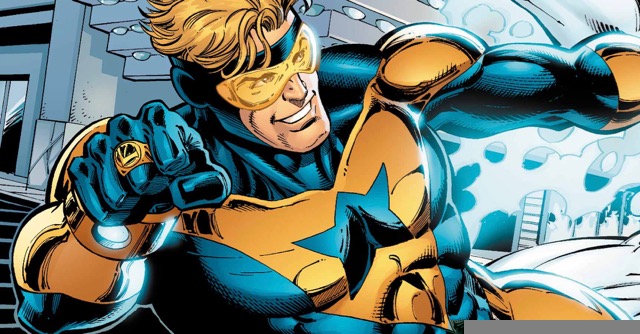 Finally, someone is actually making a Booster Gold movie! My dreams! They are coming true! Booster is easily one of my favorite superheroes of all time, and his finally getting a movie is gonna be a great thing to watch. Oh, and this one is in the hands of the DC CW team, which has me even more excited. The Flash is the best non-comic book DC product available right now, and having those people working on Booster? A match made in heaven.

Although I am depressed that this one apparently won't be in the DCEU. Like, if there's one thing they need, it's a lighthearted fun time.  Booster, a time traveler going back to get ahead, is a lovable jerk and his straight man robot buddy Skeets is the perfect other half to the duo.

A great comedic double act in a big spacey timey adventure is kind of all I want out of blockbuster movies as a whole. Here's hoping it lives up to my expectations.

Why, yes, the number one movie on this list IS a non-Marvel, non-DC, Sony-backed film that doesn't even have a release date yet and might never happen. But I'm super duper excited for it, and this is my list, and you should be pumped for this one too. Plus, it’s my list.

So recently, Sony announced it was working with Valiant Media to make films based on their comics. And they announced that their first film together would be"¦Bloodshot. For some stupid reason. Seriously, who actually wants a Bloodshot movie? But their second announced film was Harbinger, one of the most interesting superhero comics of the whole Valiant line.

EDIT: Since the original writing of this article, Valiant and Sony have announced that Harbinger will now be taking Bloodshot’s place as the first Valiant/Sony movie. Apparently someone is listening to me.

Plot: Peter Stanchek is a Psiot. A human born with intense superpowers, in his case telepathy and limited telekinetic powers, Peter is picked up by billionaire philanthropist Toyo Harada's Harbinger program, designed to train and weaponize Psiots worldwide. Peter soon learns he can't trust Harada, and goes on the run from Harbinger as well as the government backed Project: Rising Spirit. But Peter is not a good person. Will he become the greatest villain in his own story, or will he band together with the other Psiots for good?

Harbinger is the energy of a young adult novel placed into a story that is actually good. It's tense, and funny, dramatic, and morally grey all over. And if made, it would be an energetic new start to superhero films as a whole. We need some new blood, and this is the chance to get it.

And there we go. There you have my list of what I'm excited about. But of course that's just me. I'm sure you all have your own lists because hey, we got a lot of great to chose from. 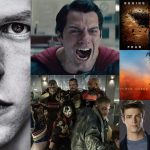 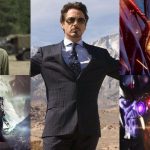 The MCU - The Most Recent (and Credible) Rumors