10 A-Listers Who Turned Down Roles in Superhero Movies 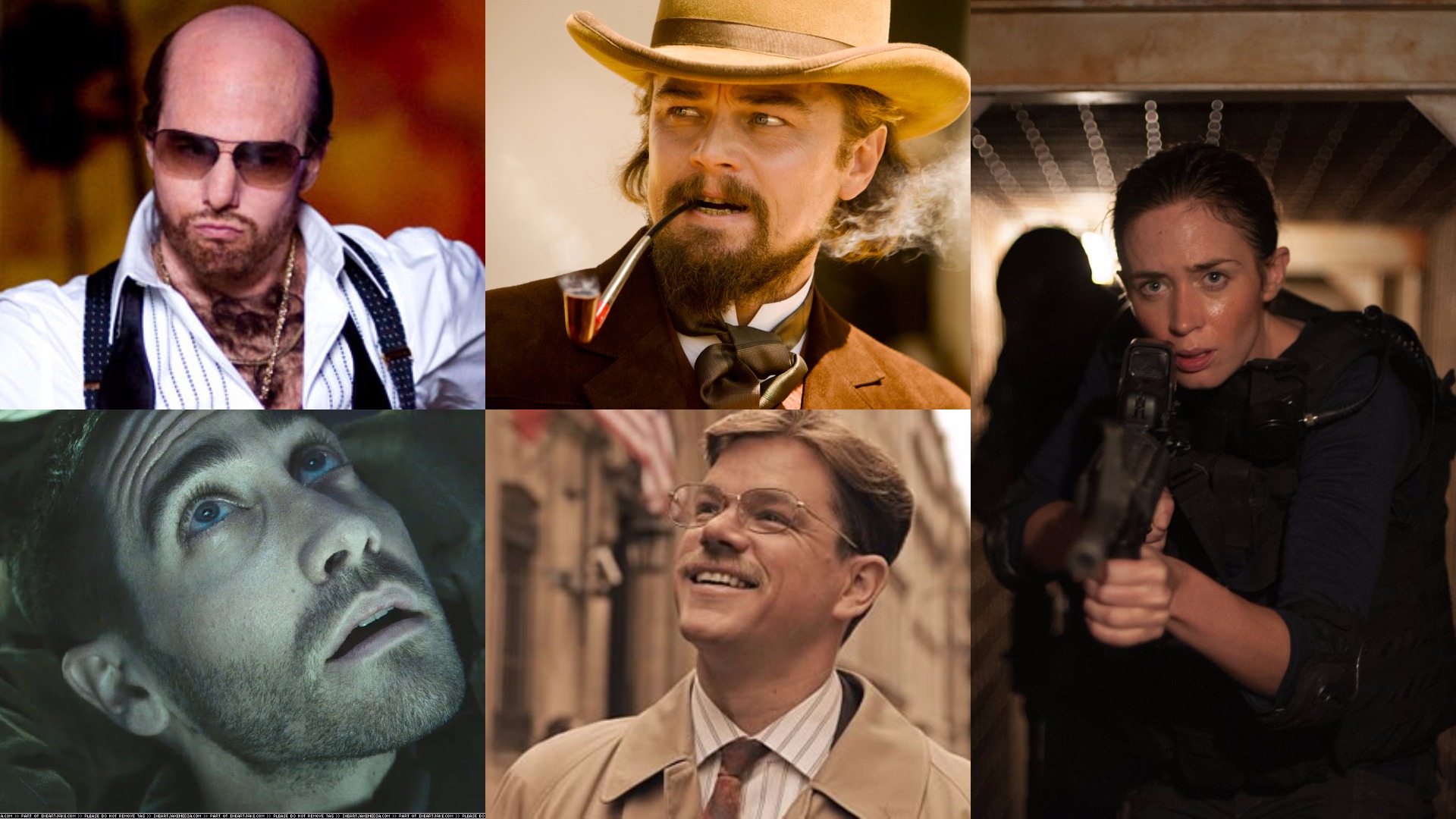 The superhero genre is at its highest nowadays. Whatever movie you see, there must be an actor or an actress in it who has had a part in a Marvel, DC, or Fox comic book movie. Even more, some films seem to feature just actors and actresses who have a connection with superhero flicks - check out The Prestige, starring Christian Bale (Batman), Hugh Jackman (Wolverine), Scarlett Johansson (Black Widow), Michael Caine (Alfred Pennyworth), Rebecca Hall (Maya Hansen in Iron Man 3), and Andy Serkis (Ulysses Klaue).

Furthermore, there isn't a week in which another A-lister isn’t rumored to appear in any of these shared universes. Of course, many of these rumors turn out to be false. But this isn't the point - apparently, everybody wants to appear in superhero movies. After all, this is currently the most productive movie genre.

But this is just apparent. There are plenty of A-listers who have refused, for one reason or another, to appear in superhero flicks. Will they change their minds? Most likely, some of them will give in.

So check it out! 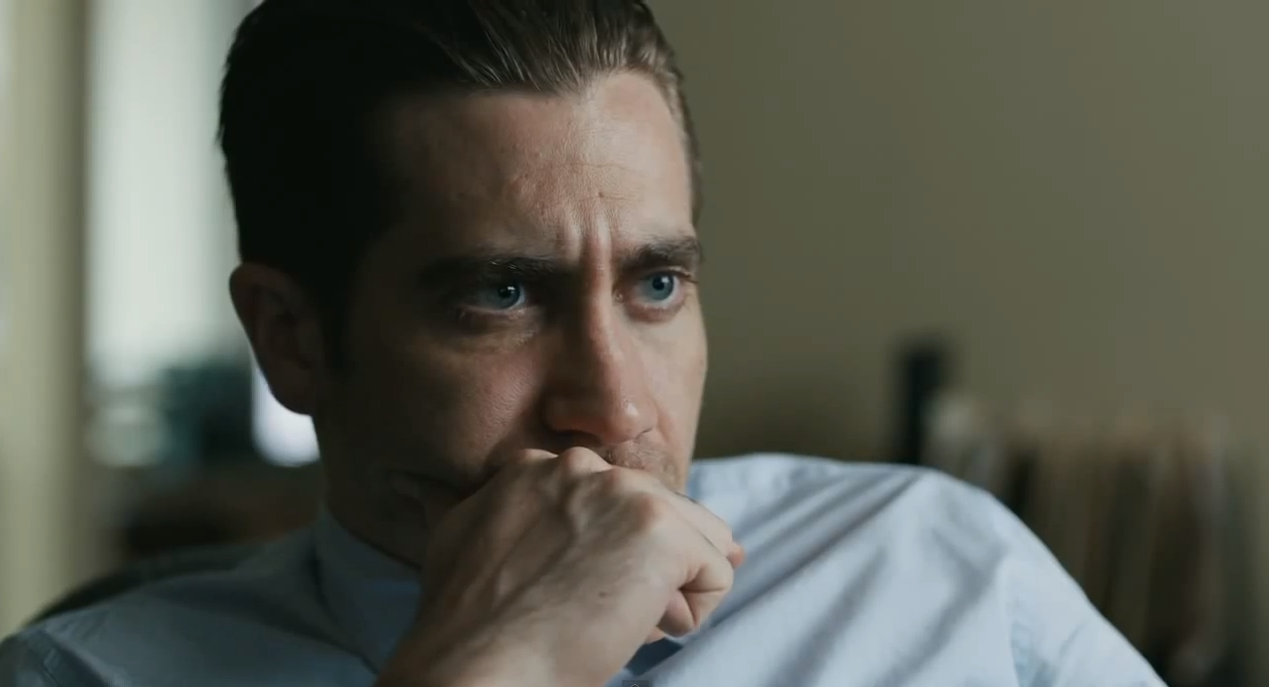 Jake Gyllenhaal in Prisoners (Kafka on the Shore)

After Tom Hardy had to drop out of Suicide Squad because of the shooting delay of The Revenant, Warner Bros. wanted to hire Jake Gyllenhaal to portray Rick Flag. However, the actor refused to sign for the role. Some of the rumors said, back then, that the part was too small for the actor to consider it. Some other rumors said that his schedule was too busy (which is true). Lastly, some said that he didn't like the script.

According to the most recent reveals from the production of Suicide Squad, passing on this opportunity was definitely a good decision. Thus, instead on working on this movie, Jake Gyllenhaal minded his own business - making good, even if unnoticed, movies.

And he is young, even if he has already starred in some very interesting and critically acclaimed movies. So he still has time to consider appearing in a superhero flick. 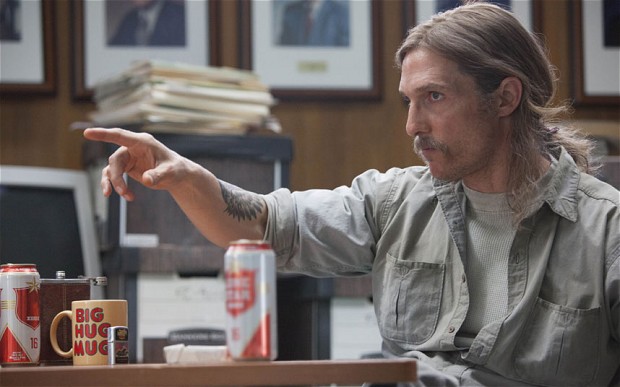 Back in the day, just before the McConaissance, Matthew McConaughey was perfect for appearing in superhero flicks. With a hot bod, a reputation, and several impressive roles (Frailty, for example), he was right there for the taking. It never happened. There wasn't even a rumor about studios courting him.

And then came the McConaissance. And the rumors started to flow. One of them turned out to be true. According to Variety, James Gunn wanted to cast Matthew McConaughey in a villainous role in Guardians of the Galaxy: Vol. II. But the actor declined the offer. Why? There was no word about that.

And it's a shame, quite frankly, for both the actor and the movie. The Marvel universe lacks villains with such a strong screen presence as McConaughey's. On the other hand, it appears as if the McConaissance has passed - so this movie (which shapes up to be incredible) would have kept the actor in the spotlight.

During the promotion tour of Jason Bourne, Matt Damon said that he'd appear in a superhero movie, but only if he is directed by Ben Affleck. This could happen - or it won't. Most likely he will"¦In The Great Wall, he does look like the perfect big screen Green Arrow.

According to the actor, he couldn't take the part because he was too busy at that time. I would guess that he is a bit sorry about that, even if he doesn't admit it. 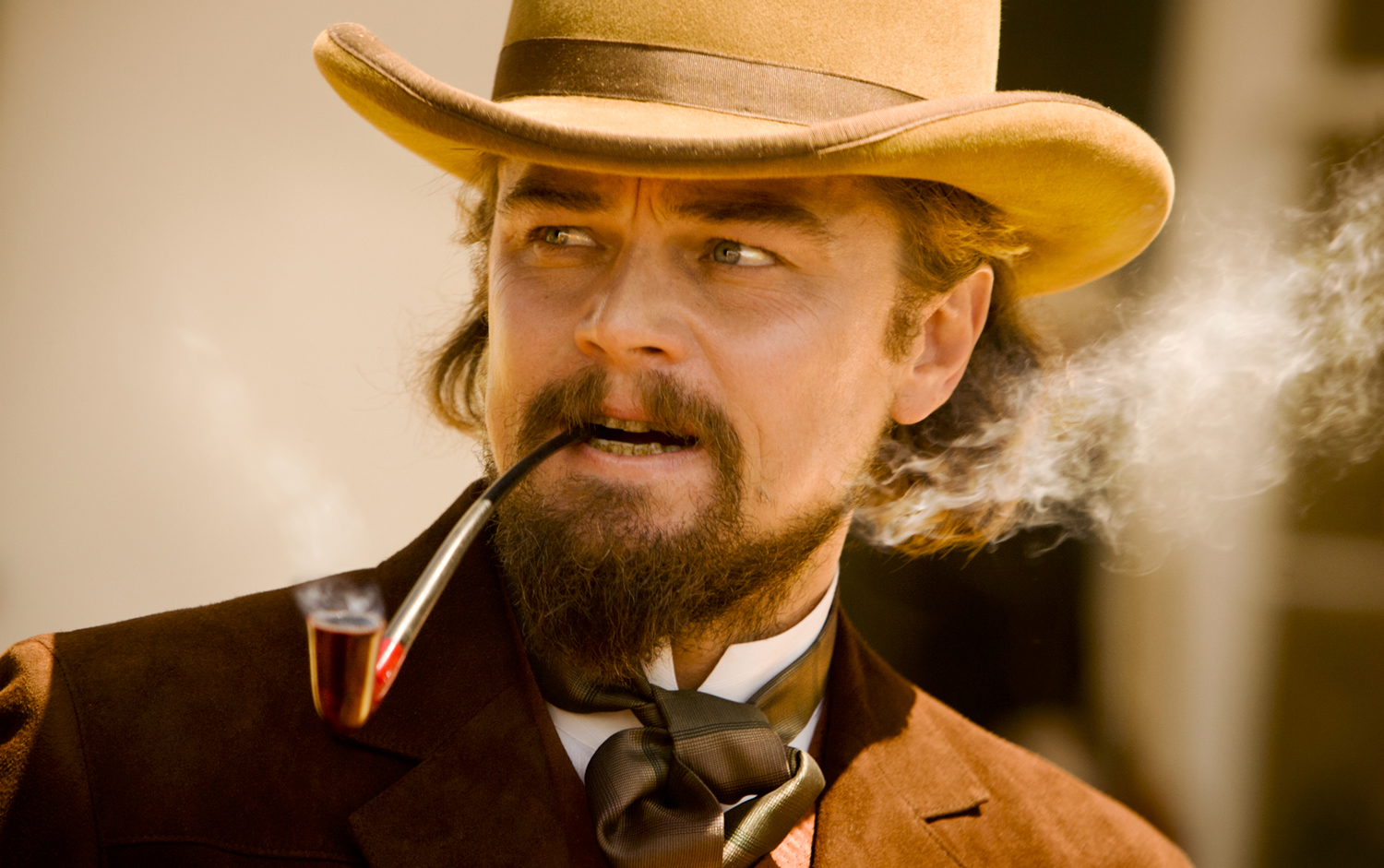 Without a doubt, Leonardo DiCaprio is one of the biggest names in Hollywood, especially now, after finally winning an Oscar for The Revenant. So how come we haven't seen him in a superhero flick?

Well, it was because he didn't feel ready. And he didn't feel ready on two occasions. The first one was Joel Schumacher's Batman Forever, when DiCaprio was 21 years old - already having starred and made a strong (very strong, actually) impression in This Boy's Life and What's Eating Gilbert Grape.

Dodged a bullet there, right?

However, the second time was when Sam Raimi asked him to become Spider-Man. Instead, he did Gangs of New York - which is also great. But maybe he should have taken this chance. Even if Tobey Maguire was ok, it could have been better.

Who knows? DiCaprio's search for the Oscar is now over. Maybe he'll make history as a superhero/supervillain (he was great in Django Unchained) sometime in the future. 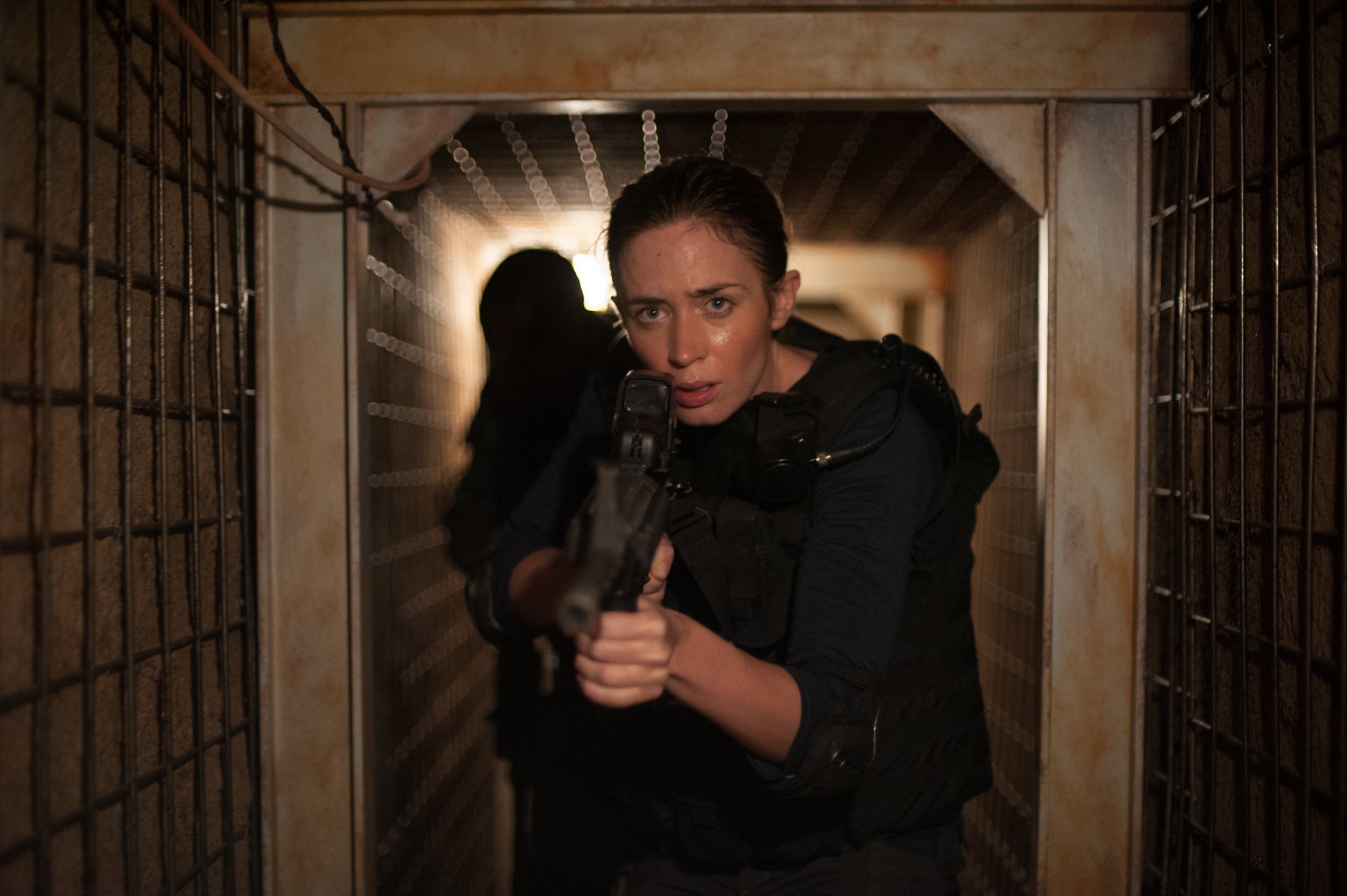 For quite a while it was rumored that Emily Blunt would become Captain Marvel, the first true superheroine in the MCU. It didn’t happen - Brie Larson, fresh from winning the Oscar, was announced at the 2016 San Diego Comic Con.

However, Marvel did court Emily Blunt on several occasions. The first time was in 2010's Iron Man 2, where she was supposed to portray Black Widow. If there was anyone other than Scarlet Johansson who fit the role, Emily Blunt was that actress. The second time was for Captain America: The First Avenger, where Blunt was supposed to bring Peggy Carter to life.

The actress declined both of the offers. According to her, her schedule was actually too busy - which is very true, the actress having released eight movies in 2010 and 2011.

However, some rumors say that the actress also believed that it wasn't the time of the superheroines back then. In other words, a superheroine would have been misrepresented so early in the Golden Age of comic book movies.

And maybe she was right. I am still waiting to see her as one. 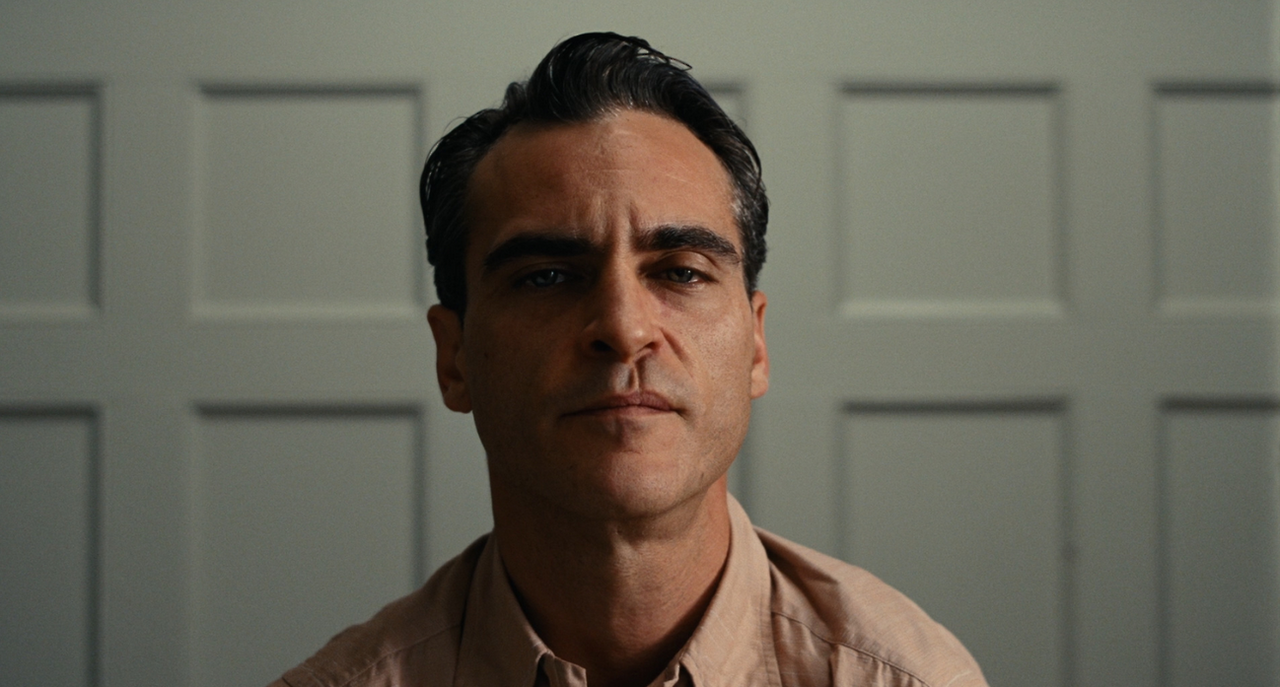 Joaquin Phoenix in The Master (Kafka on the Shore)

What can be said about Joaquin Phoenix and his method? The actor tricked an entire world into believing he quit acting in favor of becoming a rapper, just to make a mockumentary. And then he came back with a vengeance, and was nominated for an Oscar for his terrific performance in The Master.

So why did he refuse? Because of the same reason that so many young actors accept - multi-picture deals. I guess he didn't want to be tied to a single character for too many years.

It's a shame he didn't take the role. But maybe it’s for the better.

Known for his role in Mad Men, but also for his excellent portrayal of an FBI agent in Ben Affleck's The Town, Jon Hamm has been offered plenty of roles in superhero movies. But, while he says that he’s a huge comic book fan, he had to decline every time.

Which roles did Hamm turn down?

The actor didn't say. However, he did give a reason - which is the same as Joaquin Phoenix's: the multi picture deals. According to the actor, this would mean playing the same character until he is 50 - which is not something out of the ordinary, considering that Mad Men lasted 7 seasons.

The biggest deal, however, was signing for movies that weren't even written yet. And I can understand that. After all, the first one can be great - but sequels are rarely at the same level or better. 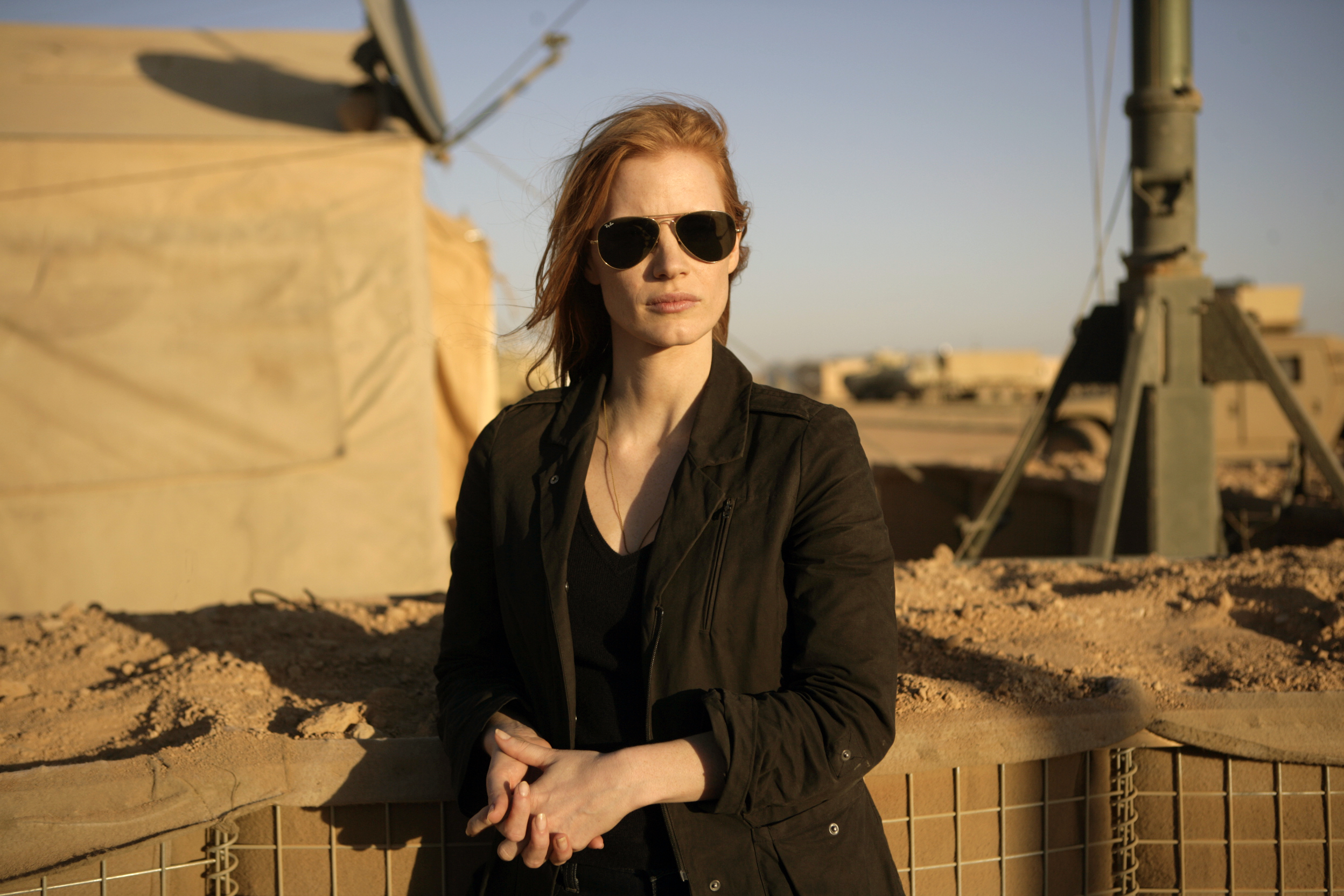 Jessica Chastain is another actress courted by Marvel - with no result. And it’s a shame, especially considering the actress who took the offered role in her place.

According to Flickering Myth, back in 2013, the actress was offered the chance to appear in Ant-Man - it was back when Edgar Wright was still attached to the project. The website said that she was offered the role of Hope van Dyne. She would have been better in the role than Evangeline Lilly - I can't be the only one who believed that the Lost actress gave a wooden performance.

Instead, Jessica Chastain went and did Interstellar (who doesn't want to work with Christopher Nolan) and The Martian. So it didn't hurt her career.

But still - she would have been better in the role. 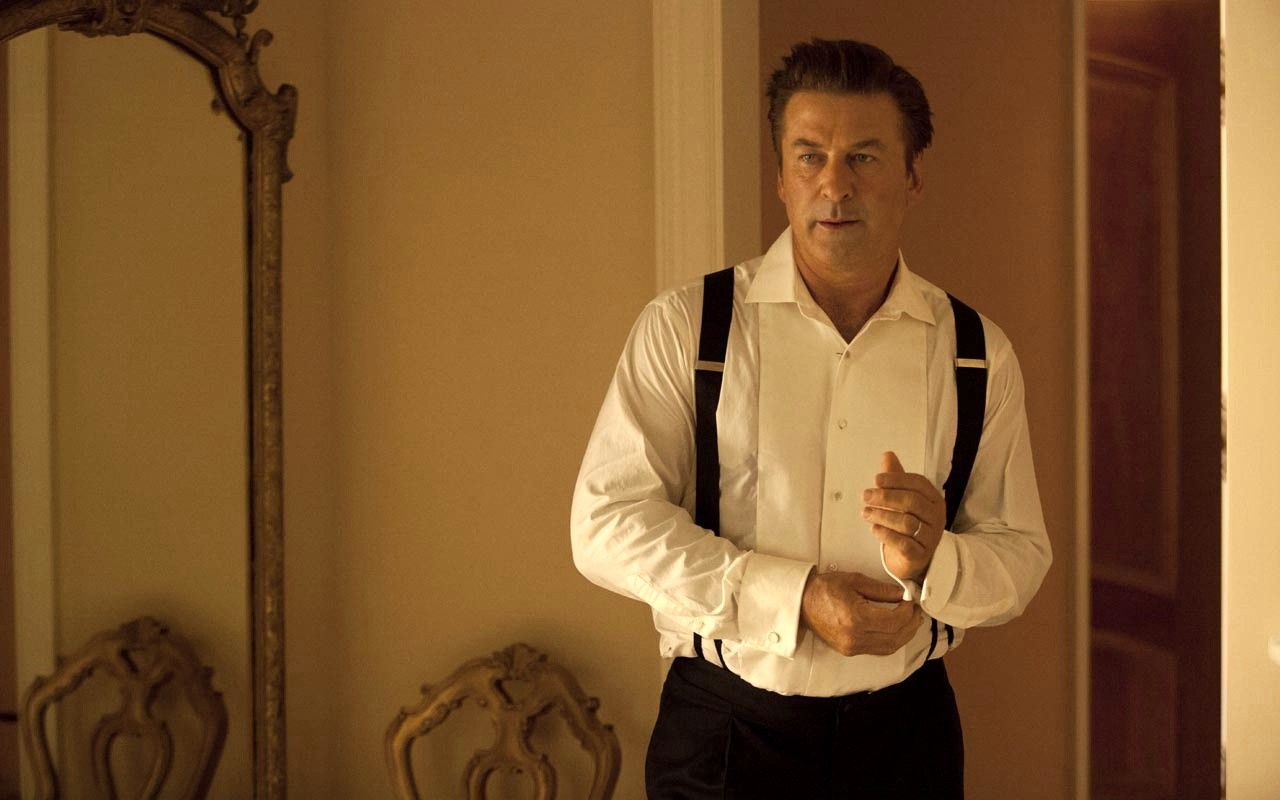 Back in 2013 it was reported that Alex Baldwin was offered a role as a villain in an upcoming Marvel flick. According to the actor, he was too busy at the time, finishing 30 Rock and shooting Blue Jasmine, as well as with his wife's pregnancy.

So what role was it? The actor didn't say - he just said that it wouldn't be respectful to the actor who took the role instead.

Slash Film dug a bit into the issue and came up with only one viable possibility in the MCU (one possibility as I see it). Thus, Alec Baldwin may have been up for the role of Alexander Pierce, a role that eventually went to Robert Redford.

Redford nailed it, so there's no loss there. 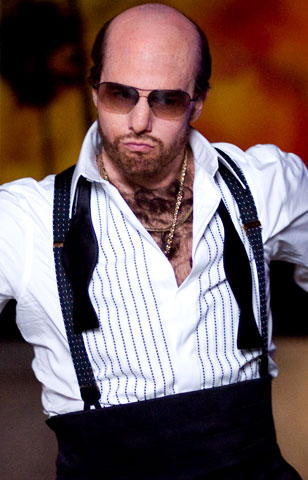 Back in 2004, when his star was shining brighter than ever, Tom Cruise was actually talking with Kevin Feige about starring in and producing the first Iron Man flick. However, as time passed, the actor became less and less impressed with the project - particularly with the script. And so he dropped the role.

As we later found out, this was certainly for the better, with Robert Downey Jr. basically building the MCU. And, as we found out later, the script wasn't a problem for him - together with Jon Favreau, the actor improved it on a daily basis as Iron Man was shooting.

Everybody knows the end result.

Tom Cruise went through a rather difficult period afterwards. However, since Ghost Protocol, he is back in the game. Maybe this time he'll find that perfect script. Right?